Elon Musk has had a busy week.
Next Article


Elon Musk has had a busy week.

He met with Trump in the White House, surprisingly endorsed former Exxon Mobil CEO Rex Tillerson for Secretary of State and kicked off the second phase of his Hyperloop competition.

But in classic Musk fashion, he still set aside some time to talk about some of his more whimsical plans, like a tunnel under Los Angeles and "neural lace."

In that context, here's a round up of Musk's 13 craziest ideas yet.

Musk has said he wants to begin sending humans to Mars by 2024. 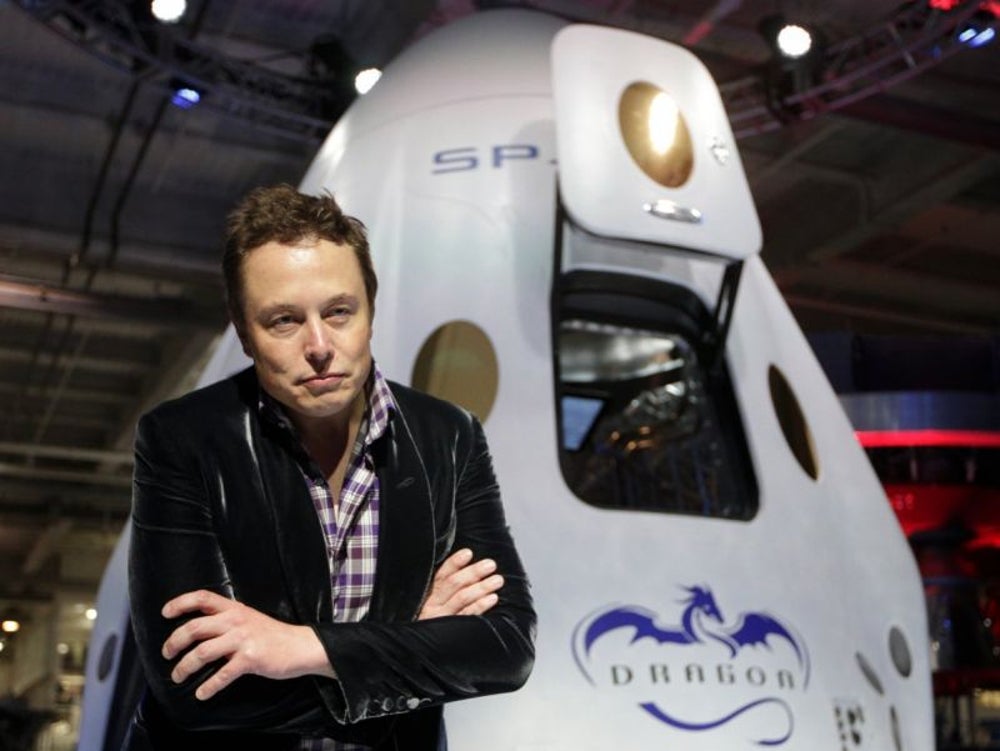 Image credit: AP
"We're establishing cargo flights to Mars that people can count on," he said. "The Earth-Mars orbital rendezvous is only every 26 months, so there'll be one in 2018; there will be another one in 2020. And I think if things go according to plan, we should be able to launch people probably in 2024 with arrival in 2025."

He has even shared his vision for a Martian government. 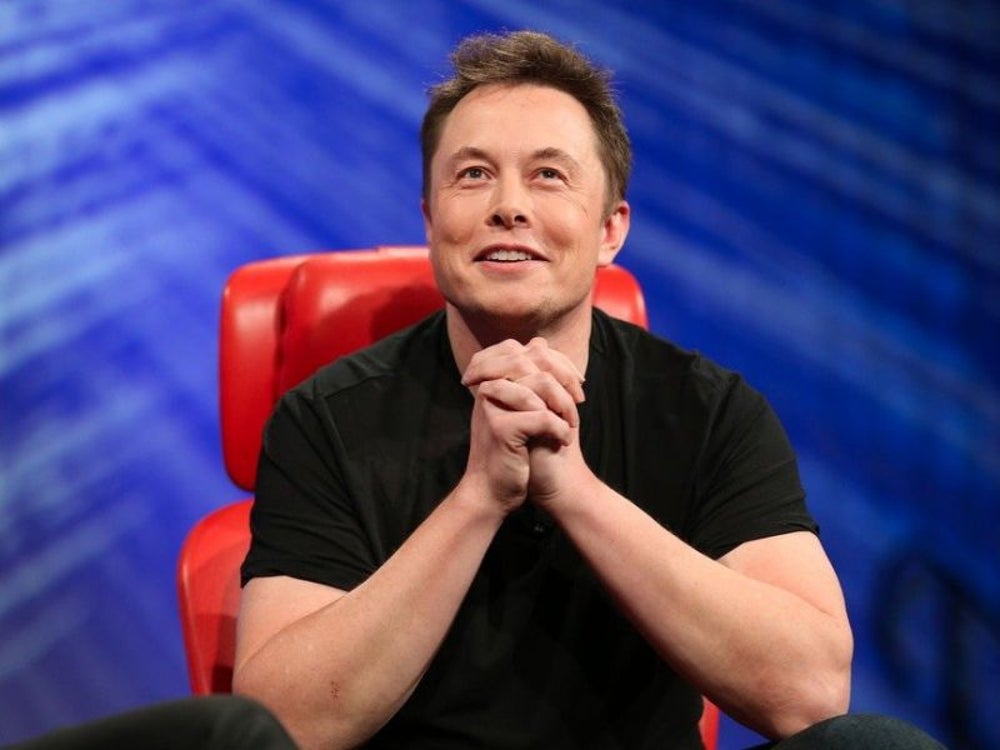 Image credit: Asa Mathat | All Things Digital
"I think most likely the form of government of Mars would be a direct democracy, not representative," he said. "So it would be people voting directly on issues. And I think that's probably better because the potential for democracy is substantially diminished."

And he isn't merely interested in people surviving on Mars. He wants a thriving city to exist. 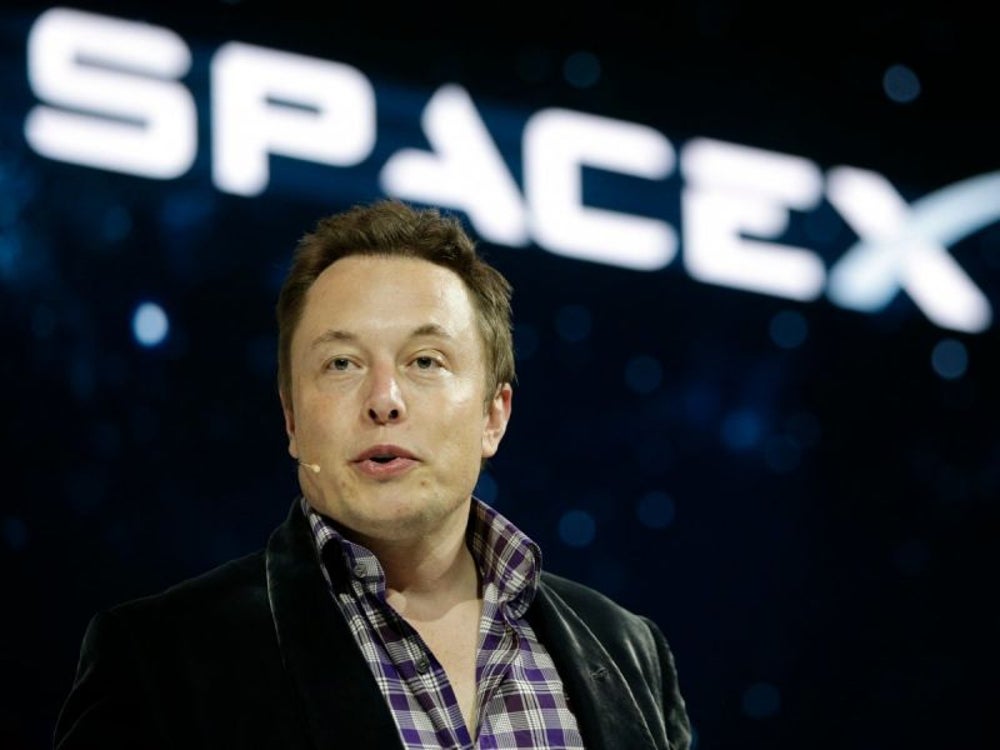 Image credit: AP
Musk said in the Reddit AMA that he wanted the red planet to include everything from "iron foundries to pizza joints."

In September, Musk said anyone who goes on the first journey to Mars should be "prepared to die." 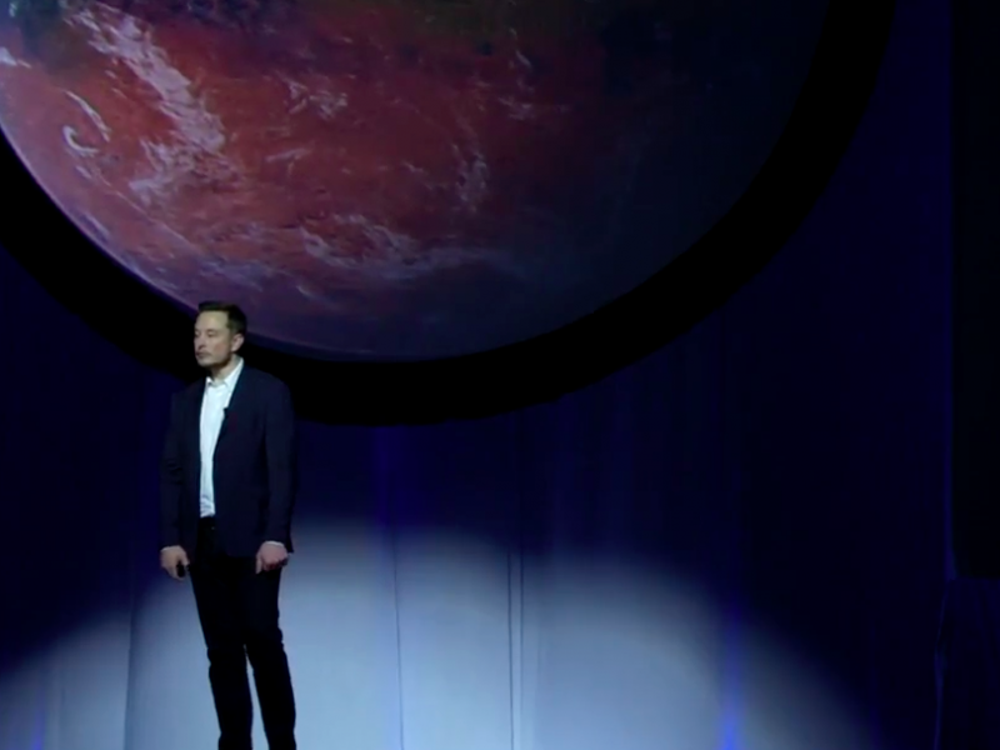 Image credit: Space X | YouTube
"The first journey to Mars is going to be really very dangerous," he said. "The risk of fatality will be high. There's just no way around it."

But he's also said dying out in space wouldn't necessarily be a bad thing. 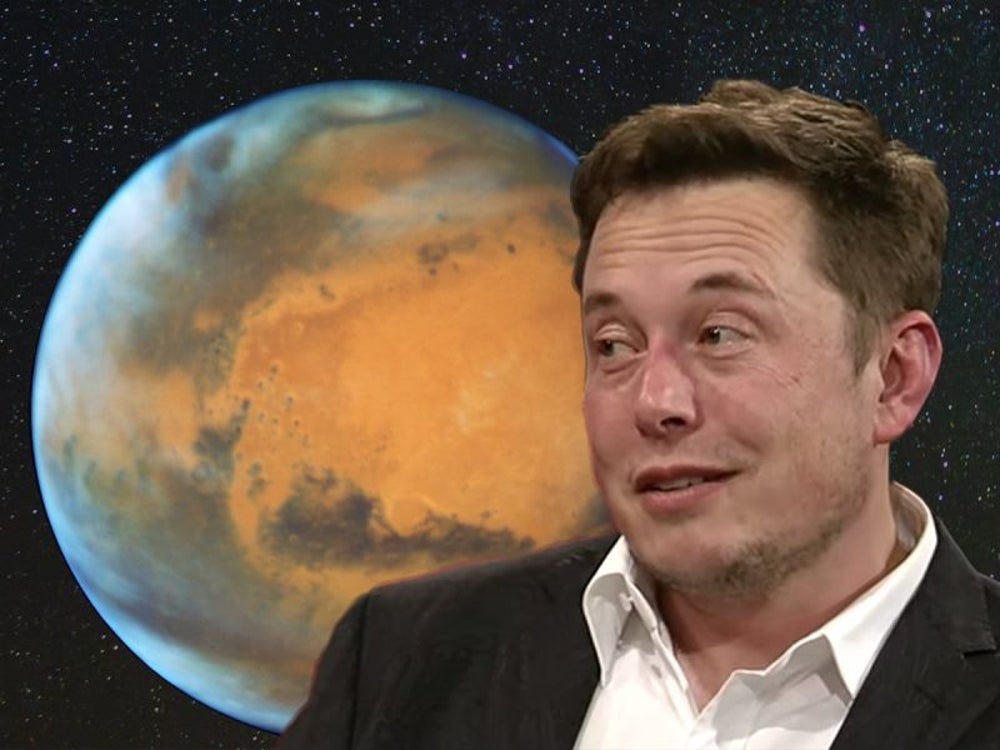 Image credit: Tech Insider | Recode | NASA
"I think if you're going to choose a place to die, then Mars is probably not a bad choice," he said.

On that topic, Musk has said dissuading people from using self-driving cars is tantamount to killing them. 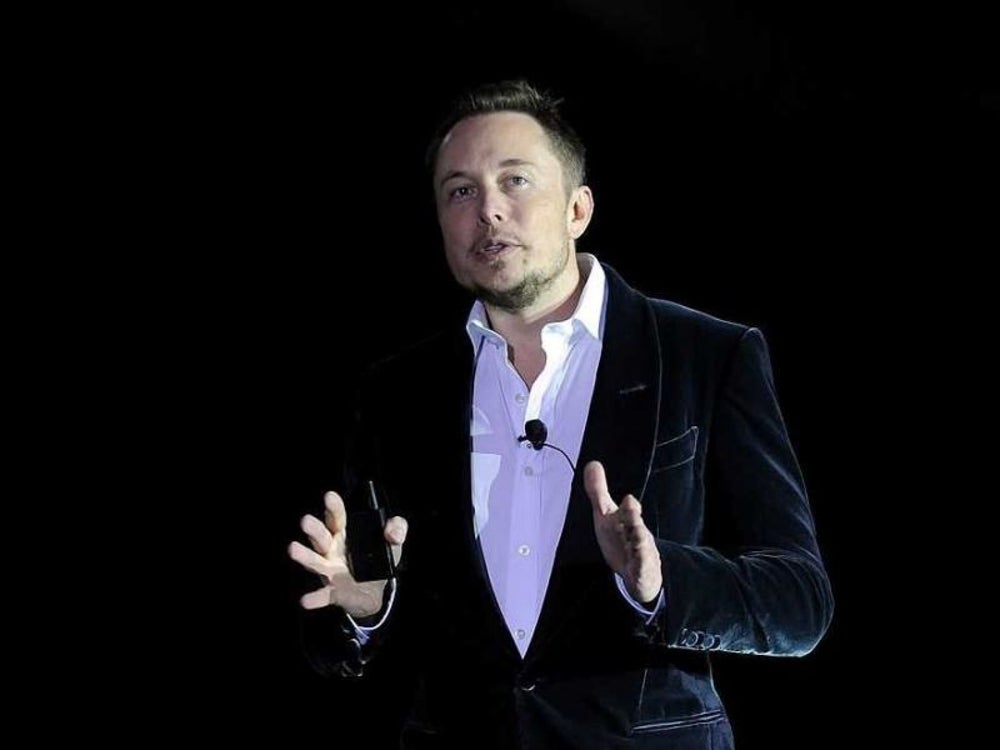 Musk made those remarks when he was criticizing the media's coverage of accidents involving Tesla vehicles using Autopilot.

"One thing I should mention that is, frankly, it's been quite disturbing to me, is the degree of media coverage of Autopilot crashes," he said, adding that it "is basically almost none relative to the paucity of media coverage of the 1.2 million people that die every year in manual crashes.

"And think carefully about this because if in writing some article that's negative you effectively dissuade people from using autonomous vehicles, you’re killing people."

He also compared a company accepting liability for crashes involving self-driving cars to getting stuck in an elevator. 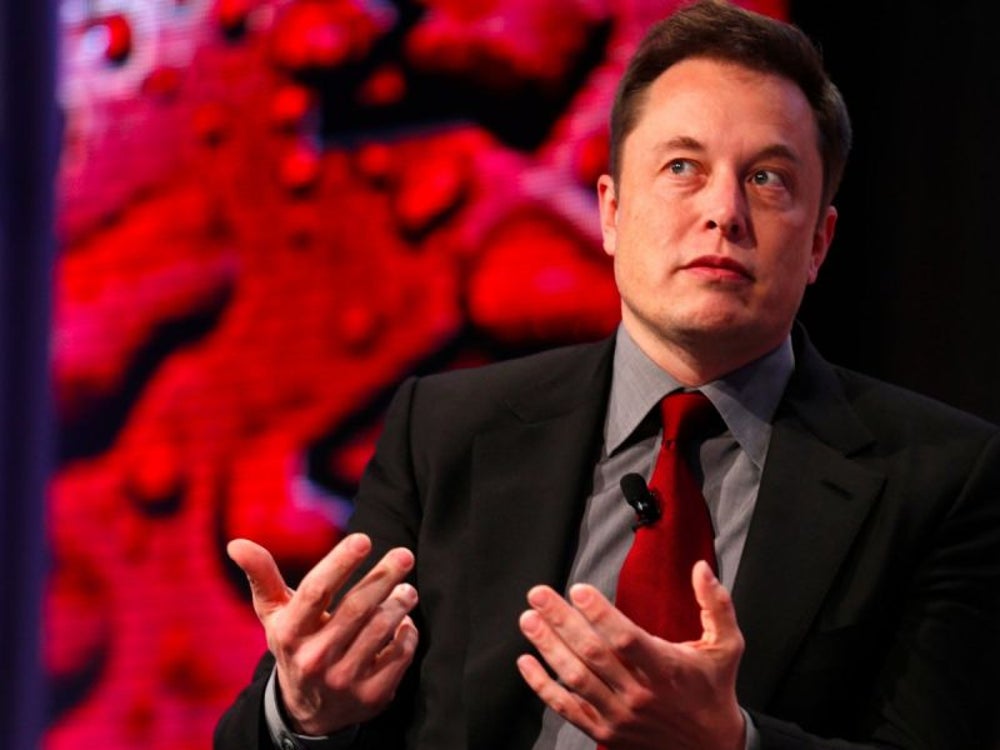 Image credit: Rebecca Cook | Reuters
"No, I think that would be up to the individual's insurance," Musk said when asked whether Tesla would accept liability if its self-driving cars were to get in an accident. "Point of views on autonomous cars are much like being stuck in an elevator in a building. Does the Otis [Elevator Company] take responsibility for all elevators around the world? No, they don't."

But when he's not planning to send humans to Mars, Musk said, he regularly debates whether humans actually exist in another civilization's video game. 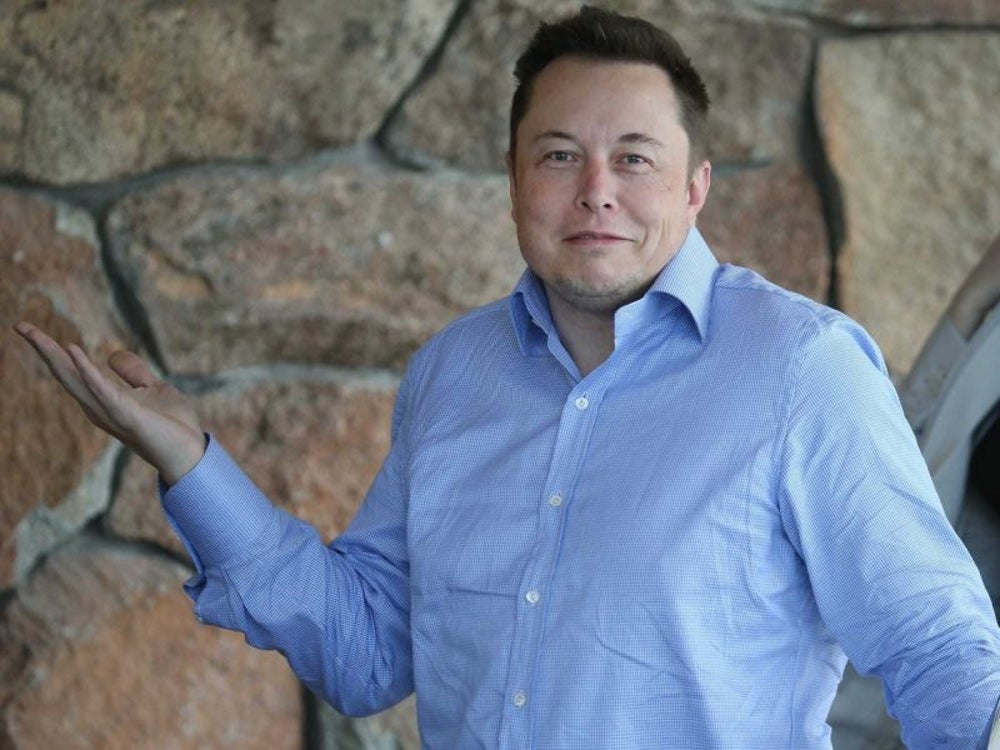 Image credit: Scott Olson | Getty Images
"I've had so many simulation discussions it's crazy," he said. "In fact, it got to the point where basically every conversation was the AI-slash-simulation conversation, and my brother and I finally agreed that we'd ban any such conversations if we're ever in a hot tub. Because that really kills the magic."

But it's a worthy debate, because it's more probable than not that we are living in a simulation than actual reality, he said. 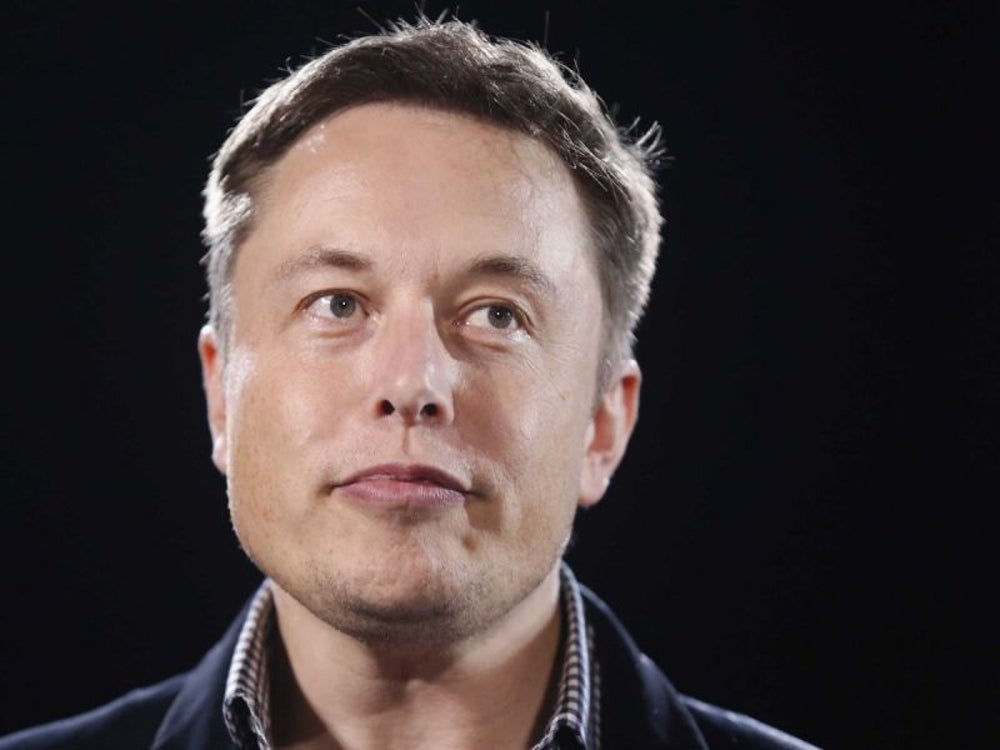 In fact, humans should really hope we are living in some sort of simulation because things could get really ugly if not, he said. 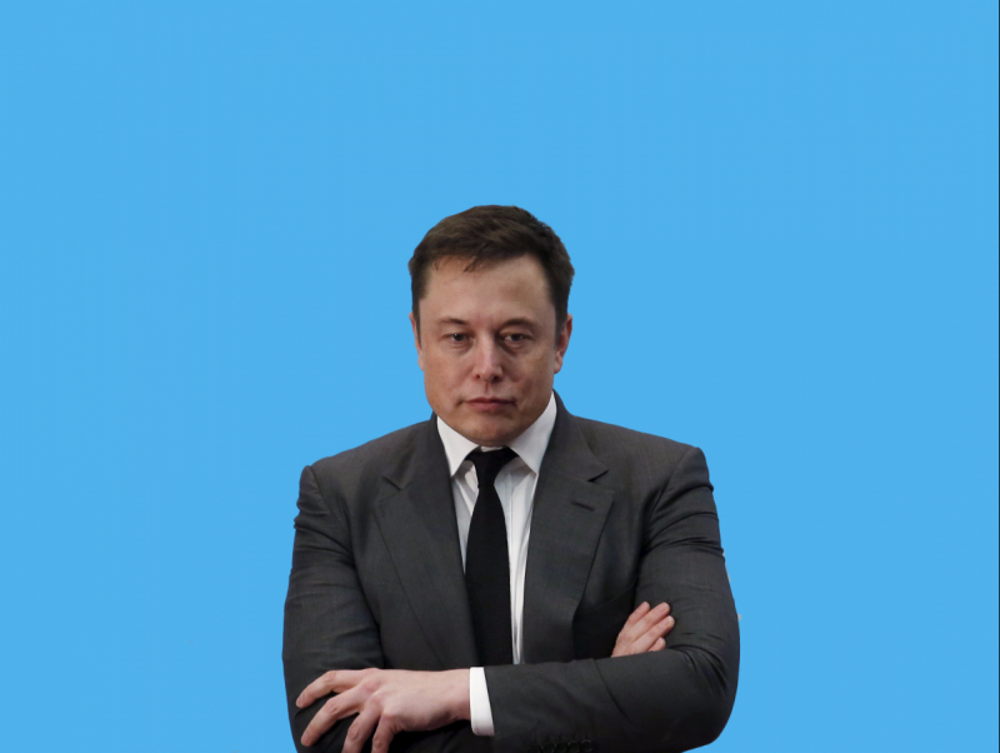 The Tesla CEO also said humans were "already a cyborg."

Musk said our ability to have a digital presence through email and social media gives us "superpowers" like a cyborg.

"You have more power than the president of the United States had 20 years ago," he said. "You can answer any question, you can video conference with anyone, anywhere. You can send messages to millions of people instantly. Just do incredible things."

What's more, though, he said we should take the whole cyborg thing even further and add a digital layer of intelligence to our brains to avoid becoming "house cats" to artificial intelligence.

"I don't love the idea of being a house cat, but what's the solution?" he said. "I think one of the solutions that seems maybe the best is to add an AI layer. A third, digital layer that could work well and symbiotically" with the rest of your body.

Musk said he may have an announcement on that digital layer, which he calls neural lace, next month.

In fact, Musk has said AI could be our "biggest existential threat." 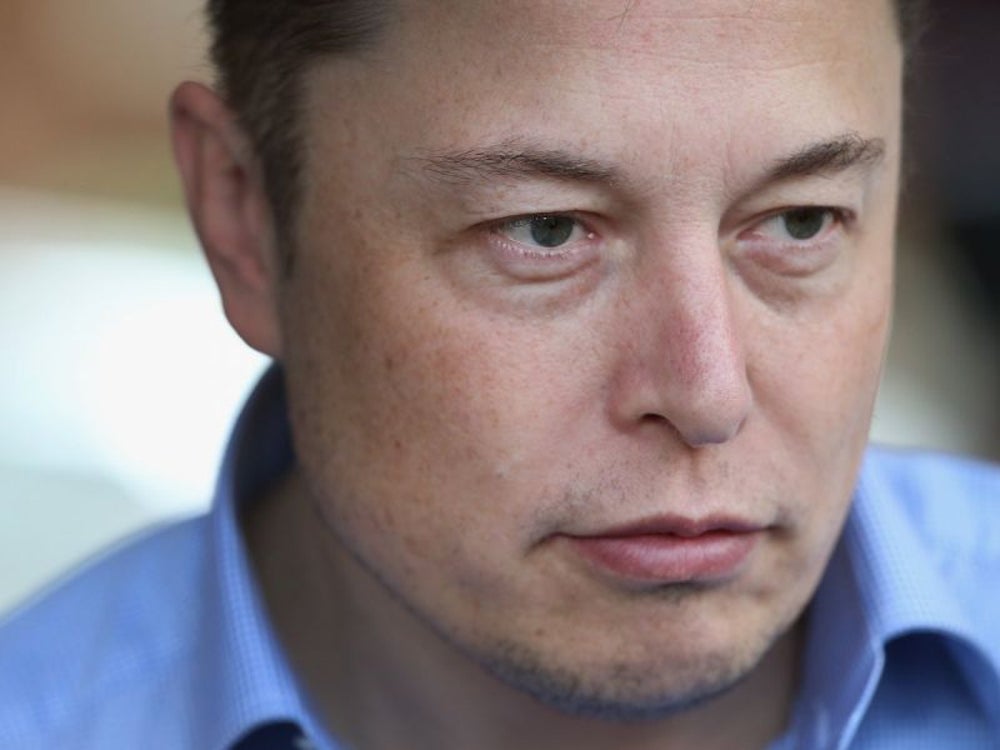 Image credit: Scott Olson | Getty Images
"So we need to be very careful with artificial intelligence," he said. "I'm increasingly inclined to think that there should be some regulatory oversight, maybe at the national and international level, just to make sure that we don't do something very foolish. With artificial intelligence, we’re summoning the demon."
More from Entrepreneur