From comedians to gamers to beauty vloggers, YouTubers have generally built their followings outside of the control of media giants, even if they are signing big deals with those companies.
Next Article


Last month, PewDiePie, the world's most successful YouTube star, lost deals with Disney and YouTube after The Wall Street Journal reported on anti-Semitic jokes in his videos.

But PewDiePie, who has more than 54 million YouTube subscribers and made about $15 million in 2016, didn't go silent. Instead, after apologizing for a joke he said went too far, PewDiePie gave the middle finger to The Journal in an explosive video.

Since then, PewDiePie's subscriber count has increased, many YouTube stars have rallied around him, and he has said he's excited about the new opportunities he'll have as an independent creator.

This situation illustrates the complicated relationships among YouTube stars, their fans and established media brands like Disney. Since 2005, YouTube has become the de facto launchpad for the next generation of celebrities. These stars rack up millions of subscribers and have a direct relationship with fans.

From comedians to gamers to beauty vloggers, YouTubers have generally built their followings outside of the control of media giants, even if they are signing big deals with those companies. And there is power and independence in having that huge fan base.

To get a closer look into which stars rule YouTube, we looked at the SocialBlade rankings to see who had the most subscribers. We focused on independent YouTube stars, disregarding YouTube channels like mainstream music artists.

Here is the new generation of superstars. 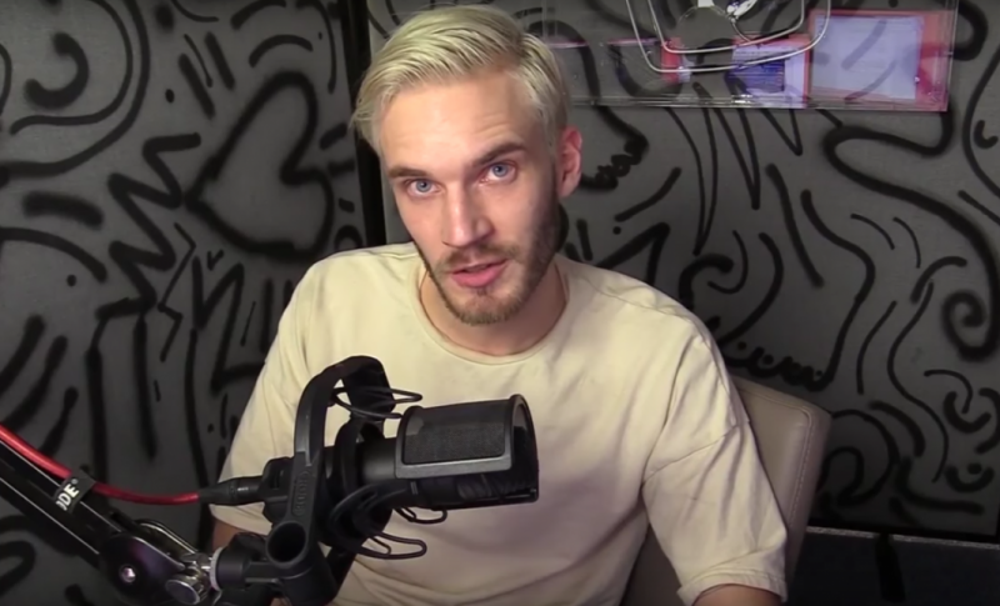 In his YouTube videos, PewDiePie is boisterous and goofy, playing video games and swearing up a storm. PewDiePie -- the YouTube name of 27-year-old Swede Felix Kjellberg -- has used his charisma and close relationship to subscribers (whom he calls "bros") to build a lucrative career around his YouTube output. But PewDiePie came into a negative spotlight recently after a Wall Street Journal report described anti-Semitic messages in his videos, leading Disney and YouTube to cut direct business ties with him (though he hasn't been barred from YouTube).

PewDiePie apologized for taking a joke too far, but he maintained his right to joke about any topic and flipped a middle finger to the media in a response video. Since then, PewDiePie's subscriber count has increased, and he has said he's excited about the new opportunities afforded him as an independent creator. 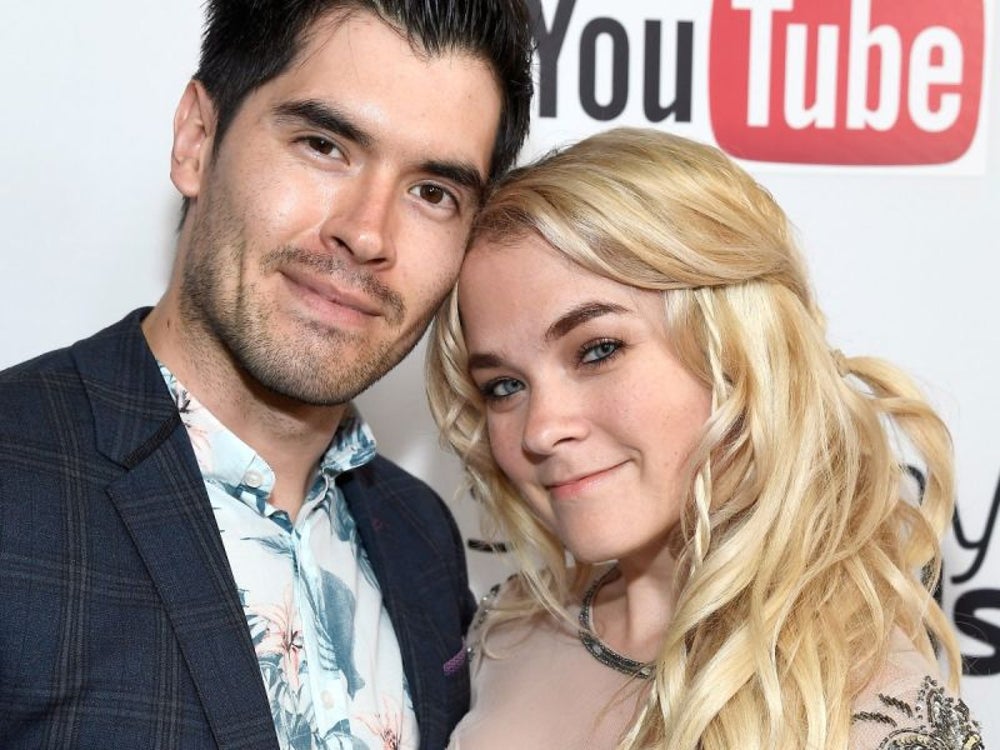 Chilean YouTuber Germán Garmendia is Latin America's biggest YouTube star. The comedian and musician has two channels in the top 20. He released a book in 2016 titled #Chupaelperro. He became famous with his video "Las Cosas Obvias De La Vida" ("The Obvious Things of Life").

Besides HolaSoyGerman., Garmendia has another YouTube channel called JuegaGerman, which has 18 million subscribers and is focused on video games. 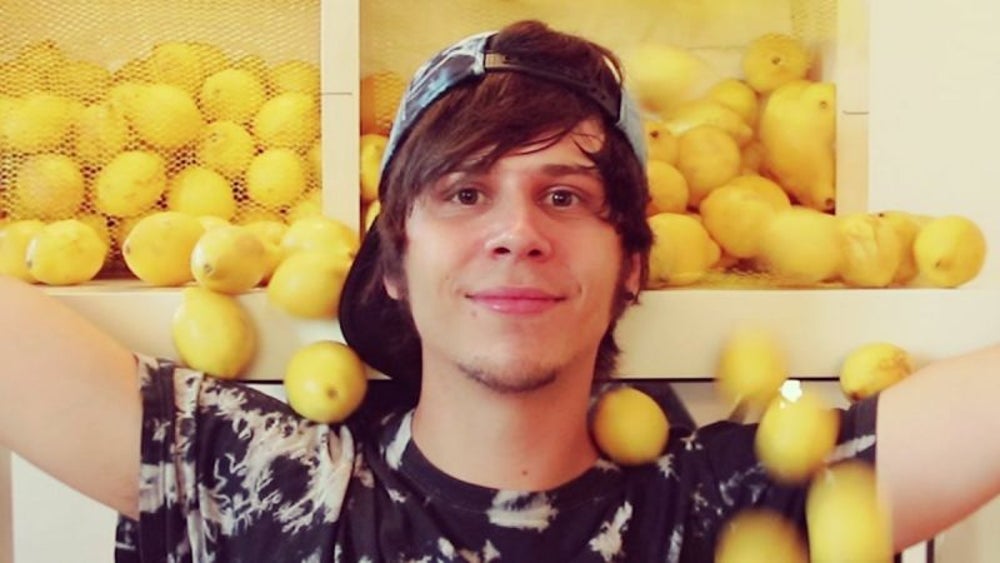 Image credit: YouTube
Rubén Doblas Gundersen, better known on YouTube as ElRubiusOMG, is a 27-year-old Spanish YouTuber. He's the most followed Spanish YouTube star. Like other popular YouTubers, Doblas Gundersen is a gamer who does walk-throughs, reviews and more, peppered with funny commentary. He published an interactive book called Troll in 2014. 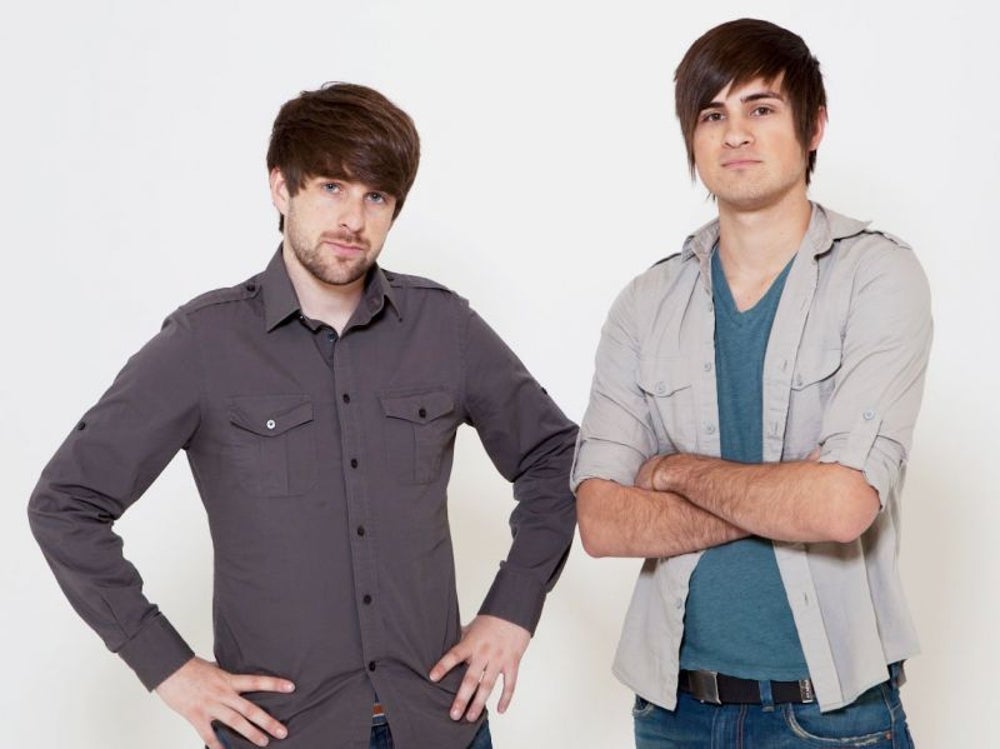 Image credit: Melly Lee | DEFY Media
Smosh is a comedy duo of YouTube veterans Ian Hecox and Anthony Padilla. Smosh was one of the first YouTube sensations, well known for the duo's slapstick comedy videos that parody video games and pop culture. They have shown no signs of slowing down and now run seven channels. 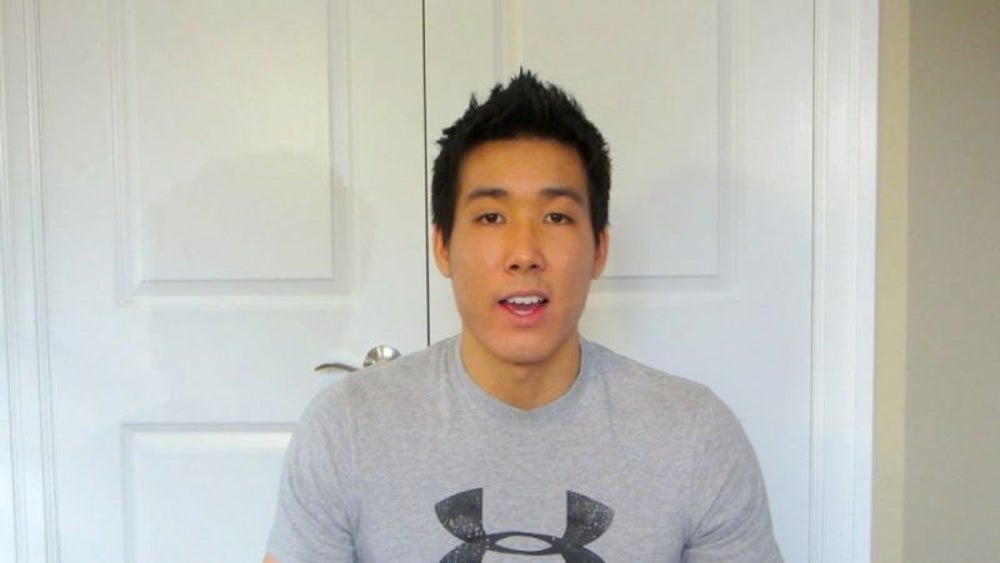 Image credit: YouTube
VanossGaming (or Vanoss) is the YouTube name of Evan Fong, a 24-year-old Canadian. While not much is known about Fong, he posts comedy videos that show him playing various video games. What sets his videos apart is the quality of his editing -- he frequently posts montages that compress his hours of gaming into one compact video of funny moments. 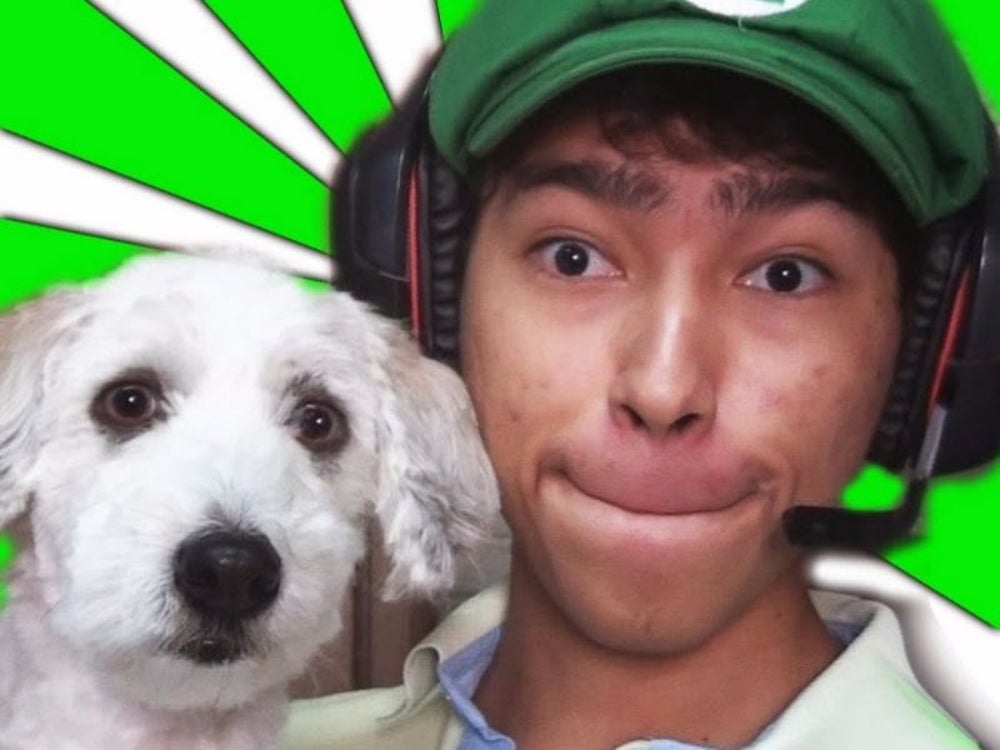 Image credit: YouTube
Fernanfloo -- Luis Fernando Flores -- is a YouTube star from El Salvador known for his gameplay videos and wacky antics. His signature color is green, and his dogs sometimes make appearances in his videos. 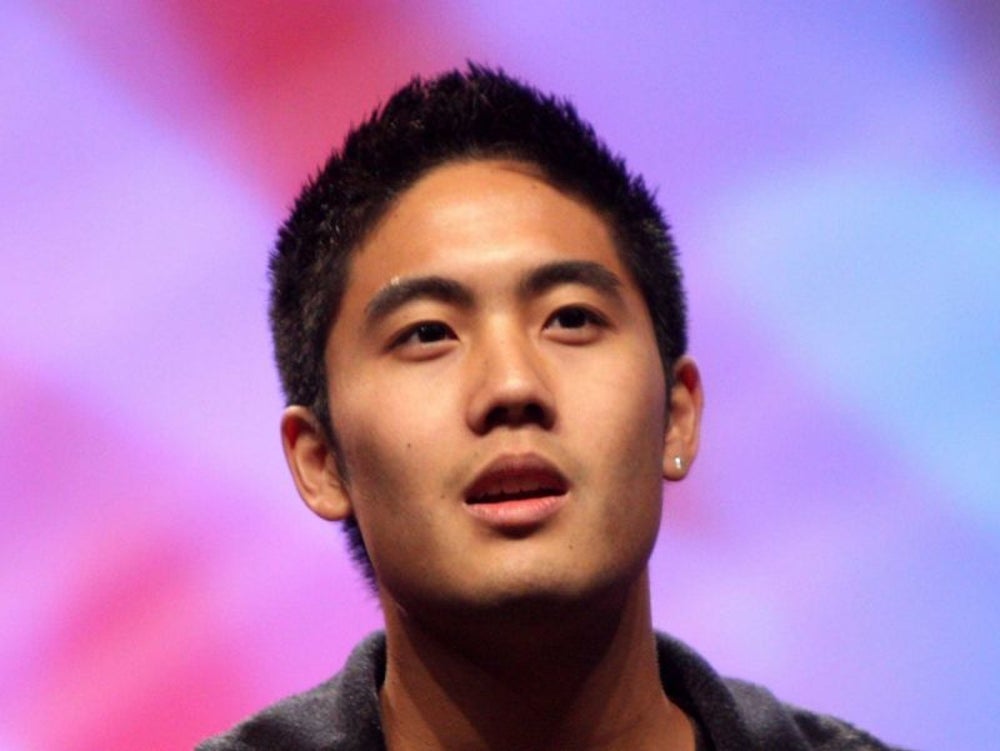 Image credit: Gage Skidmore
Ryan Higa, who goes by the username NigaHiga, was one of the first major YouTube stars. Higa produces a variety of comedy videos, including sketches, music videos and short commentaries on pop culture. His videos have high production value and a professional touch, but he remains as quick, funny and incisive as ever. 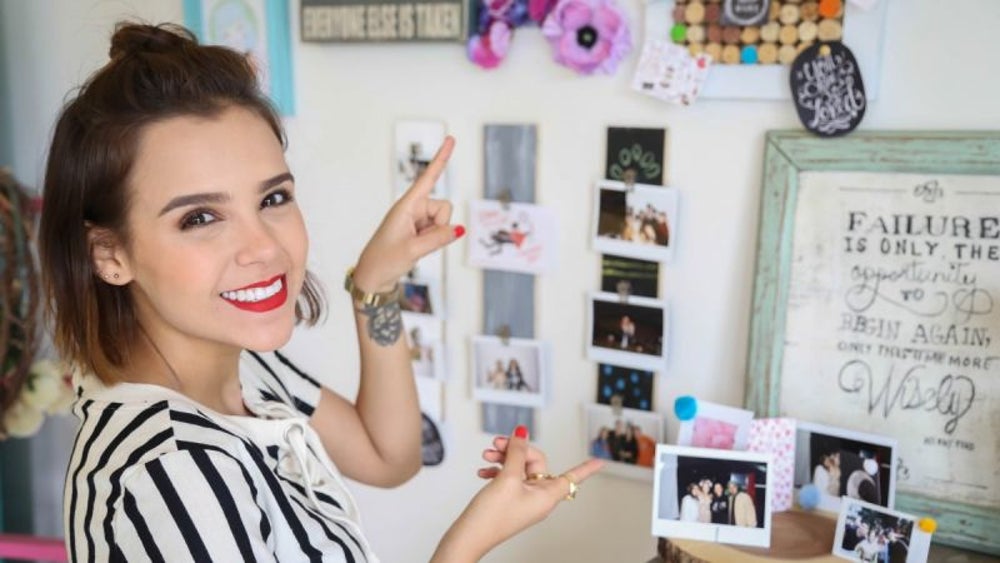 Image credit: YouTube
Yuya is a 23-year-old Mexican beauty vlogger. She posts makeup, hair and other beauty tutorials, and even has a secondary channel where she talks about her day-to-day life. Many of the videos on her secondary channel star her brother Sergio. Yuya's beauty-tutorial channel has brought her so much fame that she's been featured in Vogue and on Mexican television. 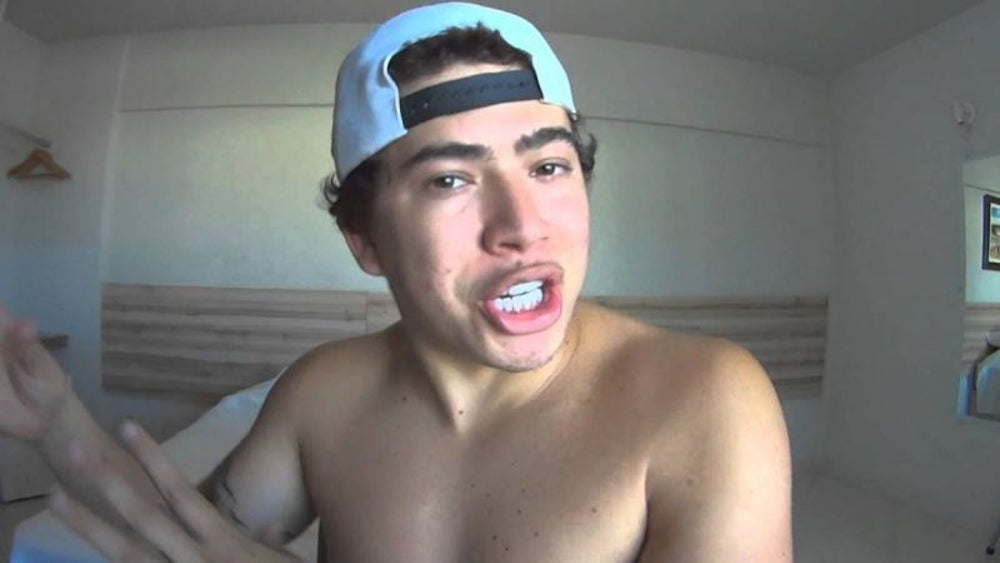 Image credit: YouTube
Whinderssonnunes, 22-year-old Whindersson Nunes, is a Brazilian YouTube star who does comedy and vlogs, and he often appears shirtless. He does parodies, songs, movie reviews and videos about his daily life. He started making videos at 15. 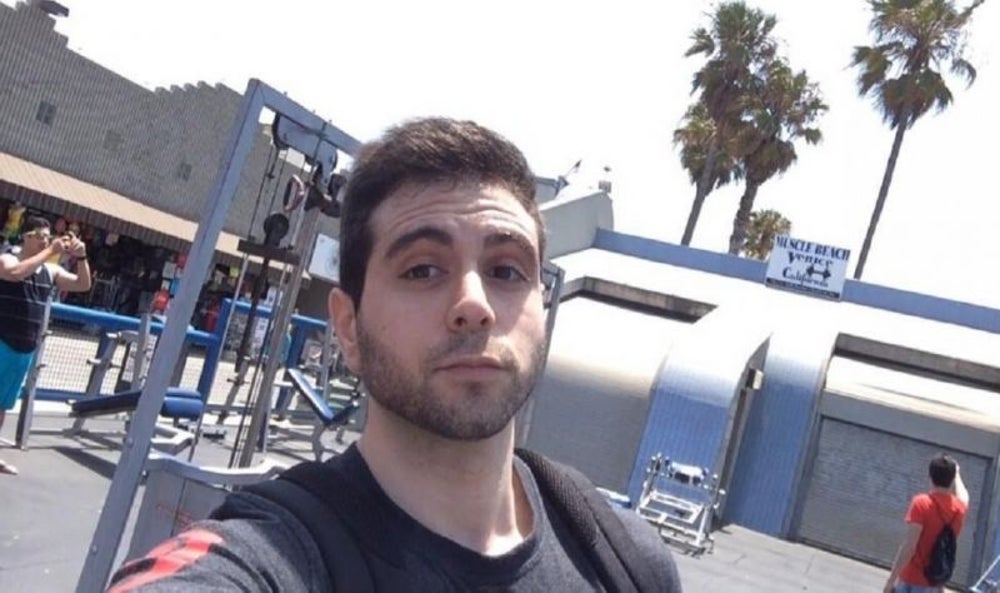 Samuel de Luque is a wildly popular Spanish YouTuber who has become known for his voiceovers of gameplay videos for Minecraft, Saint's Row and Battlefield. His signature style is to create elaborate narratives and histories for the characters in his video games to make them "like a movie."

On his About page, he says subscribing to his channel makes you risk falling into his madness. 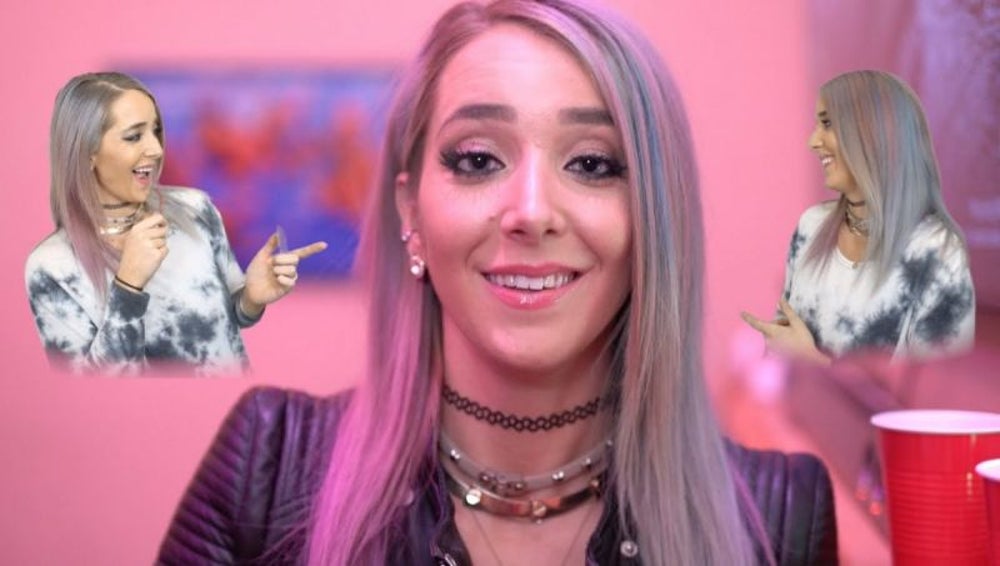 Image credit: YouTube
JennaMarbles (real name Jenna Mourey) has long been one of the most recognizable stars on YouTube. Though she started her career with BarStool Sports, Mourey soon moved into video after posting "How to Trick People into Thinking You're Good Looking," which quickly blew up. Her channel features comedic videos about being a young millennial woman. 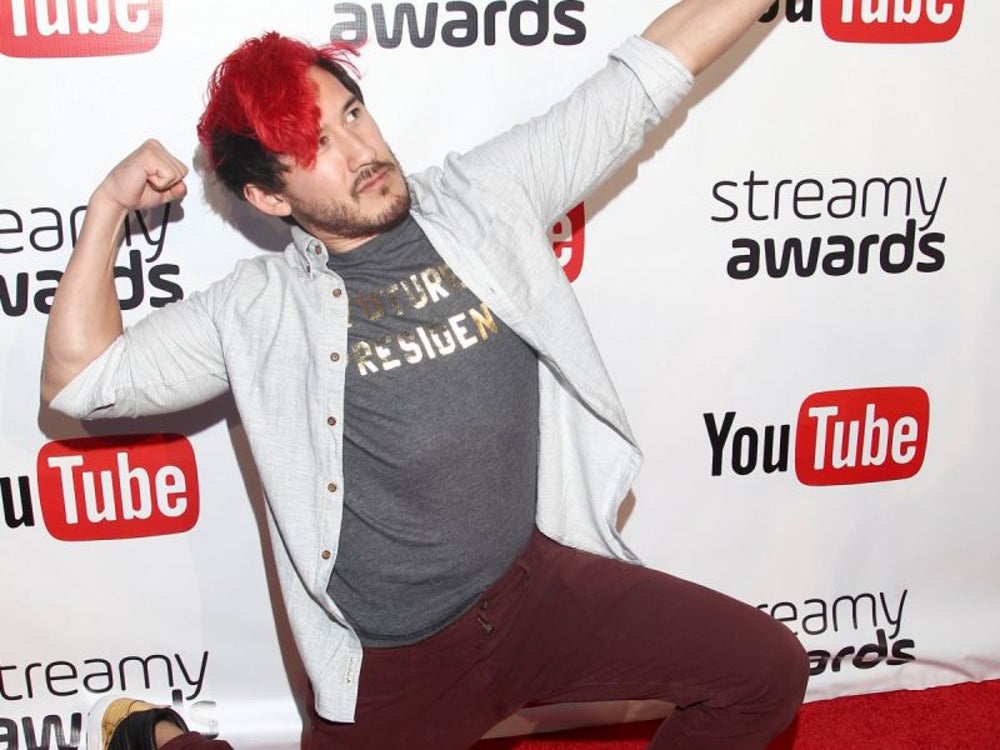 Mark Fischbach, better known as Markiplier, is a YouTuber focused on gaming. He has an energetic style that involves a bit of swearing and a lot of emotion. Fischbach has ambitions beyond YouTube, as well.

"I want to push myself into music and acting -- more traditional media stuff," he told Variety last year. "If someone wants to make a movie and have me in it, I want to make sure I have the skill set to do it properly." 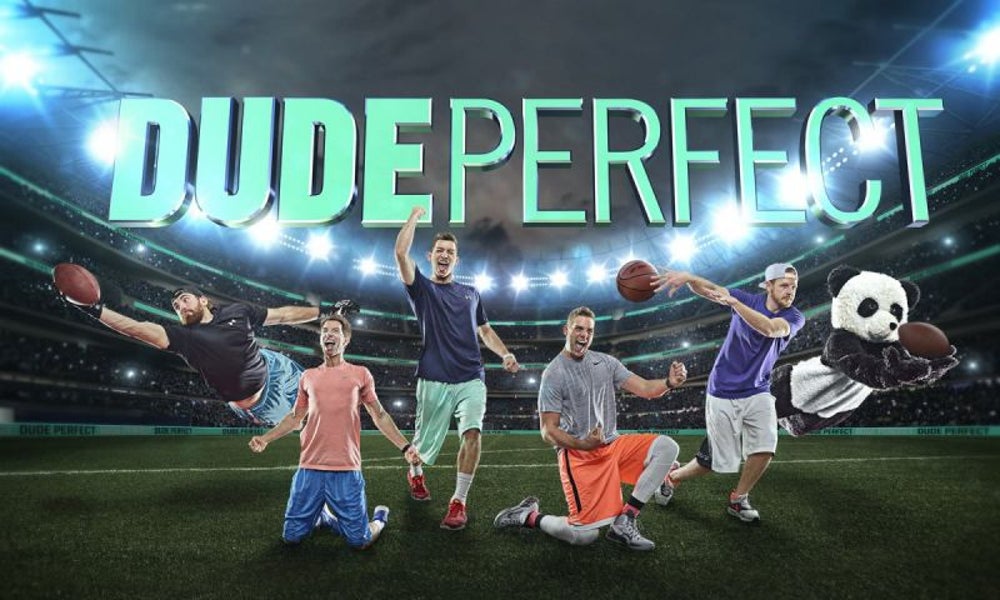 Image credit: Dude Perfect
Dude Perfect is a channel from twins Cory and Coby Cotton and three other "best buddies" from Texas A&M, all former high school basketball players. They do sports tricks and comedy, some of which makes fun of sports stereotypes. 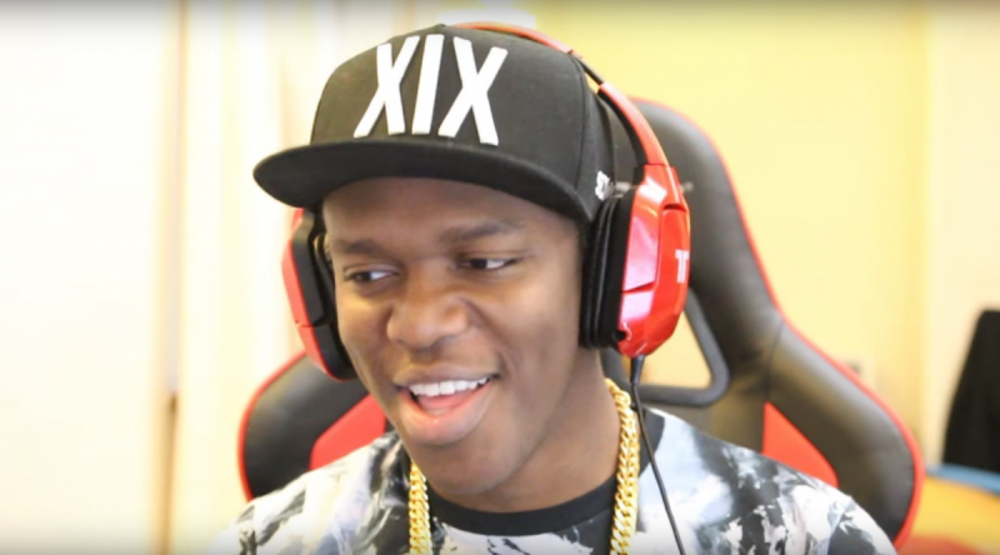 Image credit: YouTube
As a teenager, Olajide Olatunji would play EA Sports' line of FIFA video games for hours on end in his parents' home. In 2009, he began uploading footage of himself playing and commentating to YouTube, under the username KSIOlajidebt: a combination of a "Halo" franchise clan, his first name and British Telecom. His boisterous, goofy nature captured fans around the world. 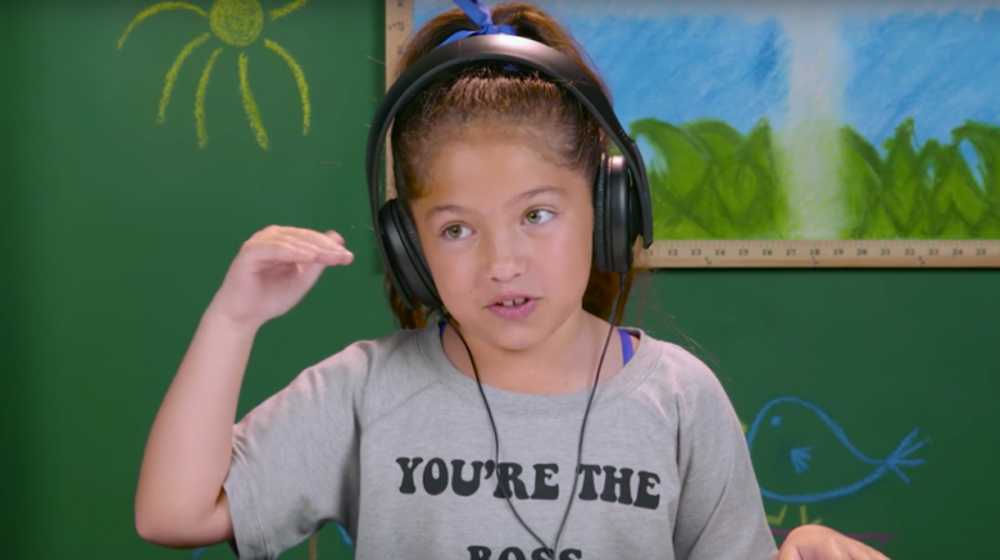 Image credit: YouTube
Brooklyn natives Benny and Rafi Fine are the two online producers/writers/directors who created the successful React video series. In React's various iterations -- Kids React, Teens React, Elders React and YouTubers React -- the brothers show viral videos to people and film their reactions. Many consider the Fines to be two of the first YouTube stars, but they now have a full-service production company that includes movies and TV as well. In 2016, they were involved in a controversy over trying to copyright the React video form that drew widespread backlash and led to a campaign to unsubscribe from the duo's channel. 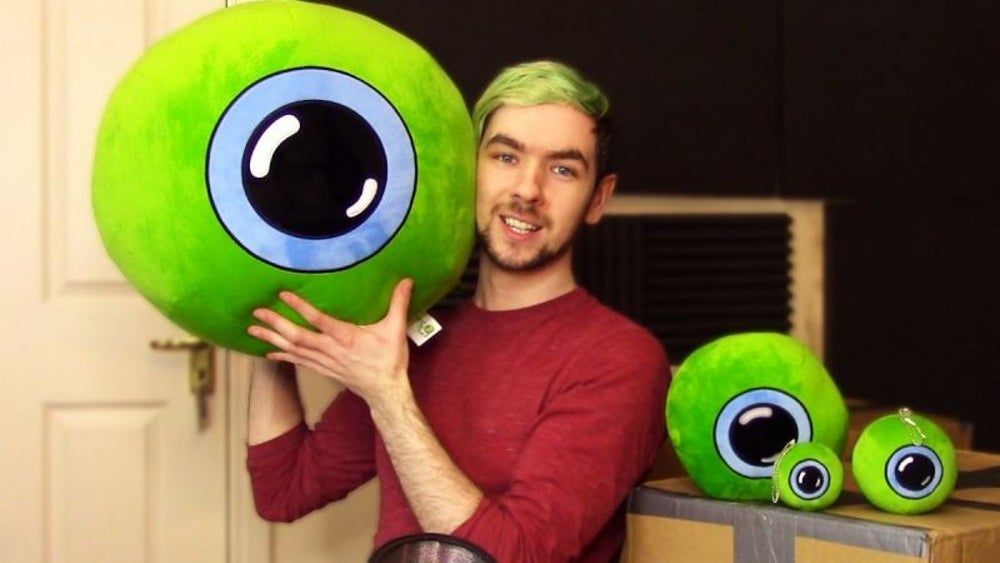 Image credit: YouTube
Seán William McLoughlin is a 27-year-old Irish game-based YouTube star who initially came to fame when PewDiePie mentioned him in a video in 2013. McLoughlin calls himself the "most consistently energetic videogame commentator on YouTube" and has bright green hair. 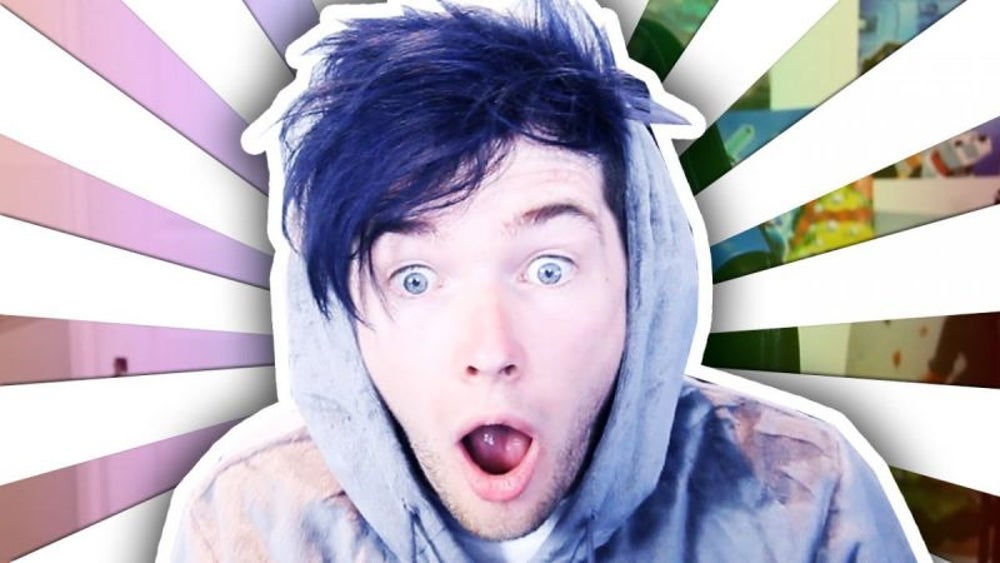 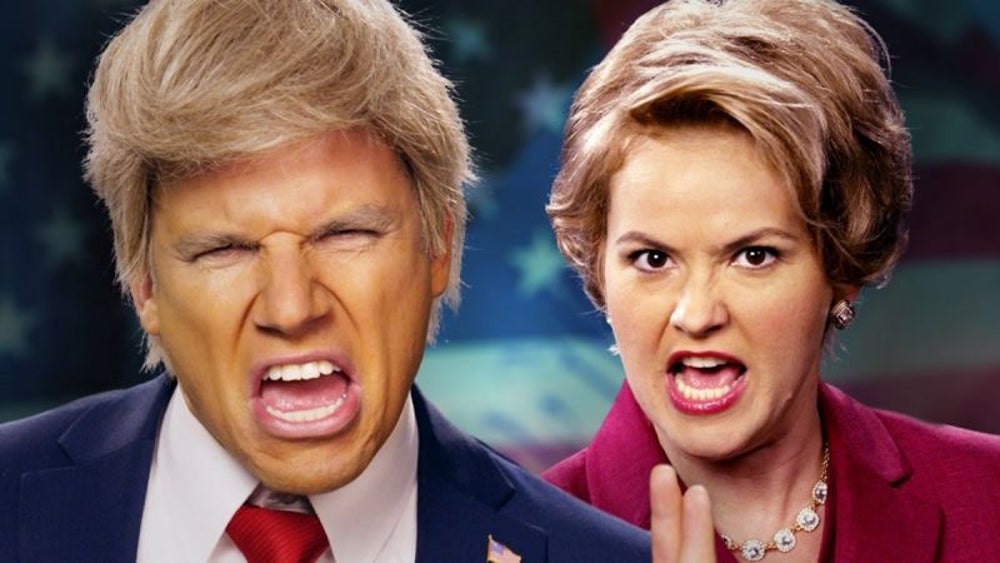 Image credit: YouTube
Epic Rap Battles of History is one of the most successful YouTube series of all time. What started as a live improv skit by two friends has become an online sensation. The premise is simple: Founders Peter Shukoff (NicePeter) and Lloyd Ahlquist (EpicLloyd) pick two figures from history or pop culture and imagine what it would be like if they faced off in a rap battle. The videos are highly entertaining, with characters as varied as Darth Vader, Adolf Hitler, Abraham Lincoln and Chuck Norris verbally battling one another in full costume.
More from Entrepreneur

How to Determine a YouTube Strategy and Core Message

6 Ways You Can Use YouTube to Reach Your Intended Audience