For his 34th birthday, check out these 10 quotes from Zuck.
Next Article

Mark Zuckerberg. There's much to learn from the face of social media. At 23, he famously launched Facebook from his Harvard dorm room. What was then a simple school social networking site has turned into a platform that connects more than 1 billion people from around the world.

He's been named one of Time's 100 Most Influential People, he's one of the wealthiest men on the planet and he uses his success to help others. With the Chan Zuckerberg foundation that Zuckerberg launched with his wife, the Facebook founder focuses his efforts to discover ways to have a positive impact on the world. (Some people are even wondering if he'll be the next president.)

To celebrate his 34th birthday, check out these 10 Zuckerberg quotes on entrepreneurship, hard work and taking risks. 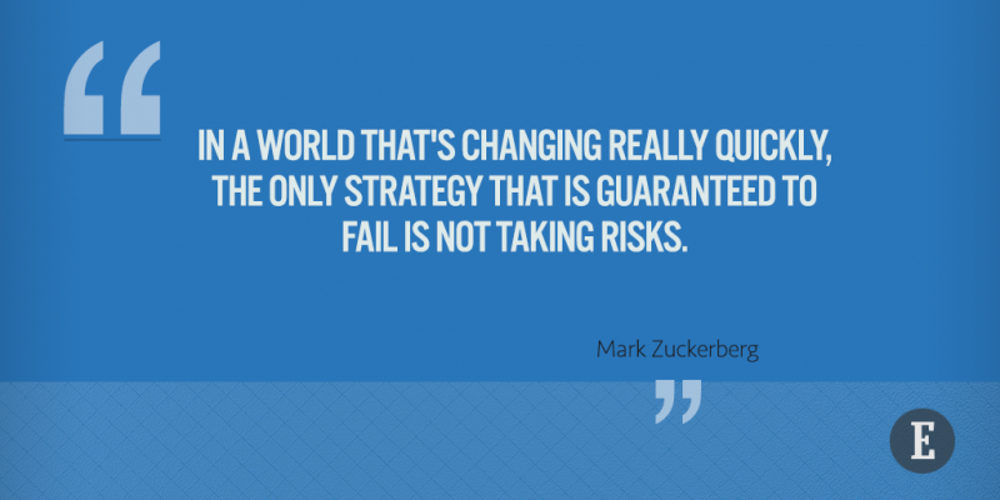 "In a world that's changing really quickly, the only strategy that is guaranteed to fail is not taking risks." -- Mark Zuckerberg 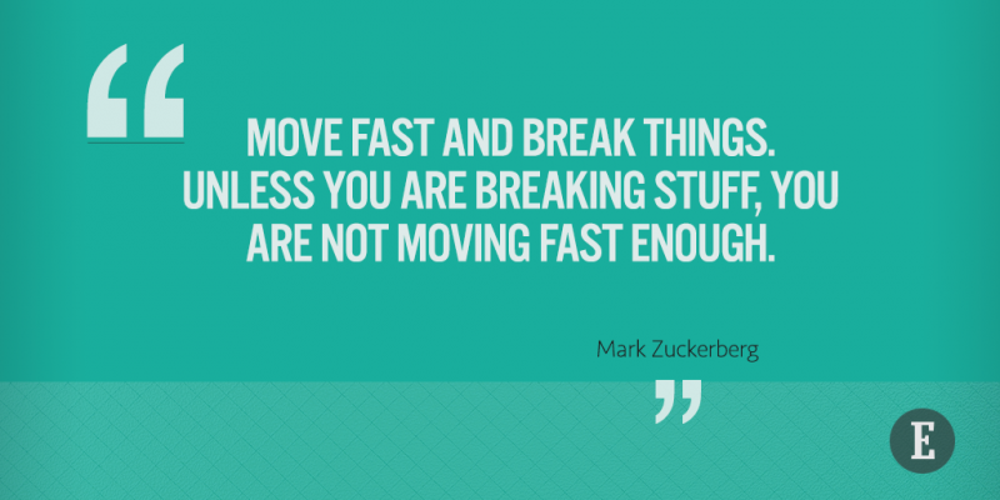 “Move fast and break things. Unless you are breaking stuff, you are not moving fast enough.” -- Mark Zuckerberg 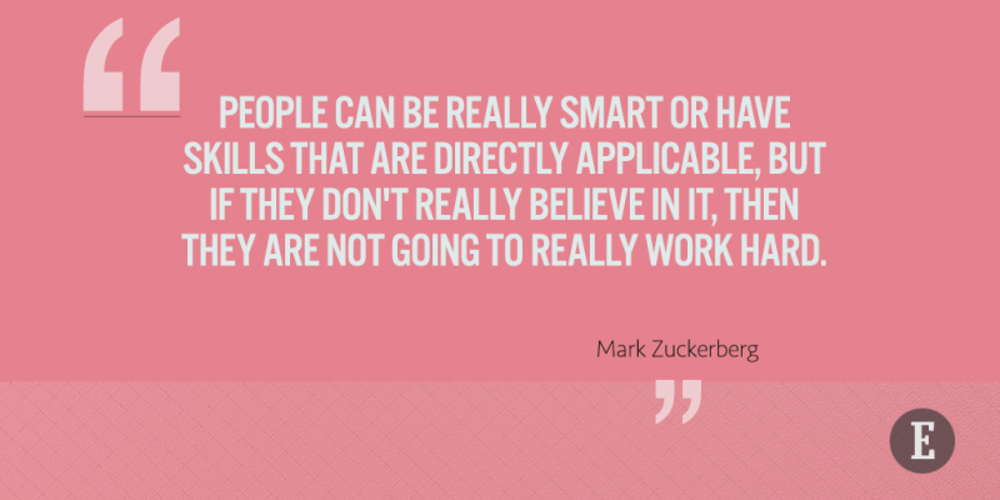 "People can be really smart or have skills that are directly applicable, but if they don't really believe in it, then they are not going to really work hard." -- Mark Zuckerberg 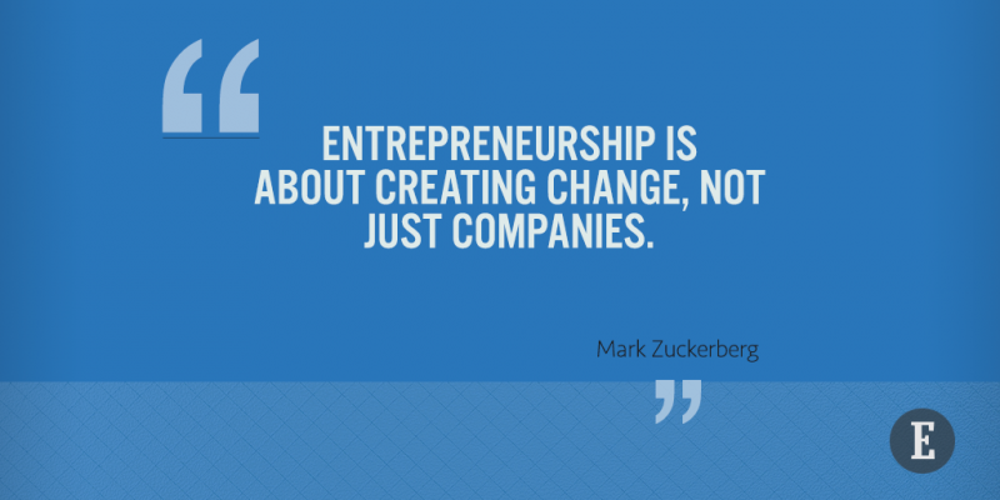 “Entrepreneurship is about creating change, not just companies.” -- Mark Zuckerberg

"The question I ask myself like almost every day is, 'Am I doing the most important thing I could be doing?'” -- Mark Zuckerberg 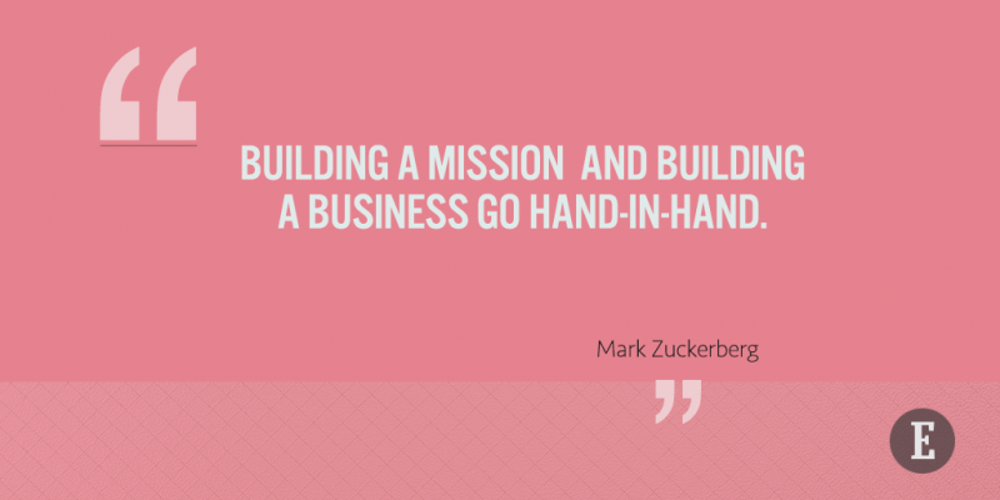 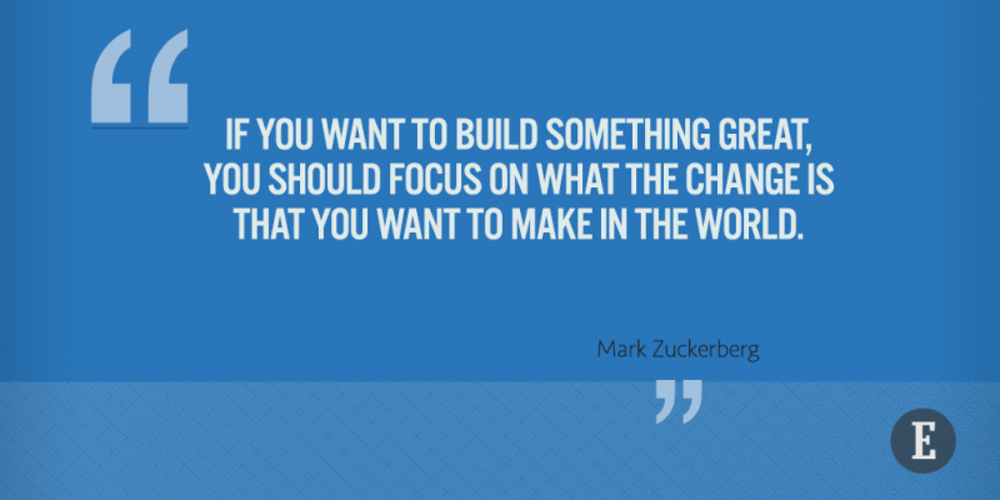 "If you want to build something great, you should focus on what the change is that you want to make in the world.” -- Mark Zuckerberg 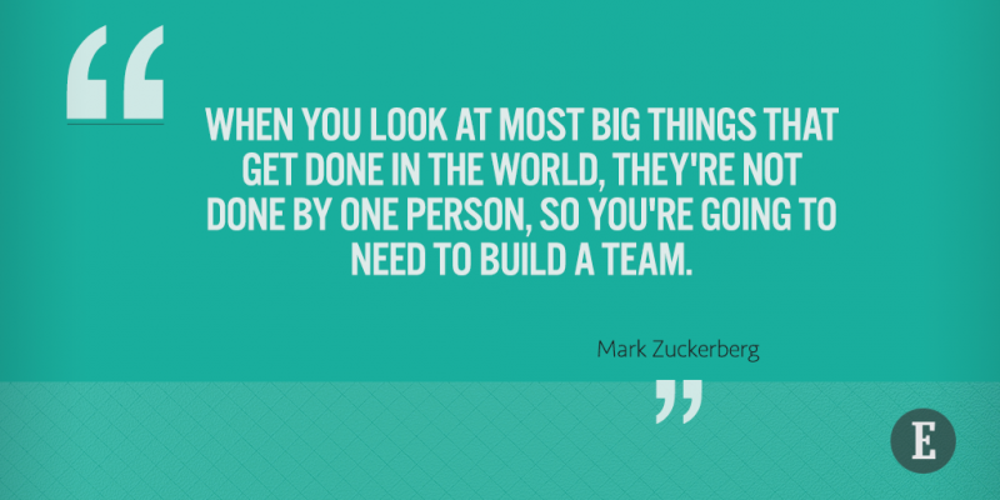 "When you look at most big things that get done in the world, they're not done by one person, so you're going to need to build a team." -- Mark Zuckerberg 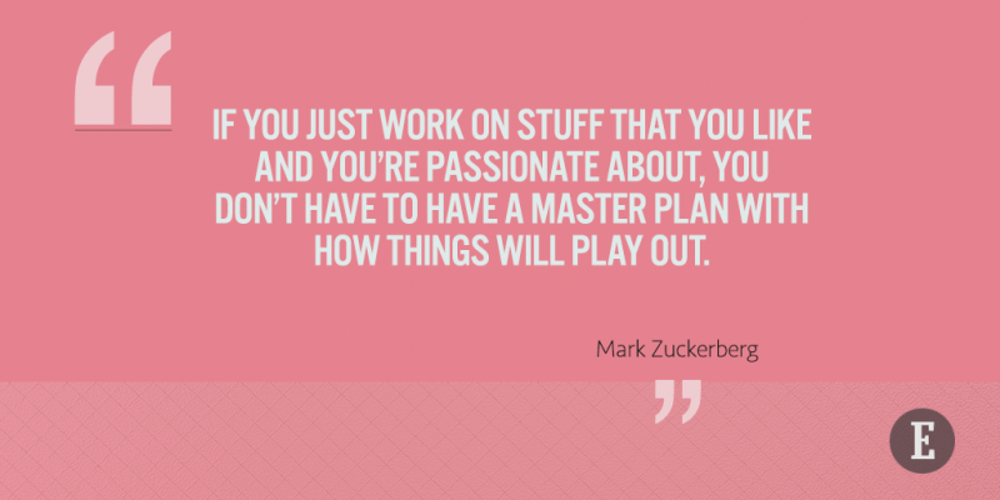 “If you just work on stuff that you like and you’re passionate about, you don’t have to have a master plan with how things will play out.” -- Mark Zuckerberg 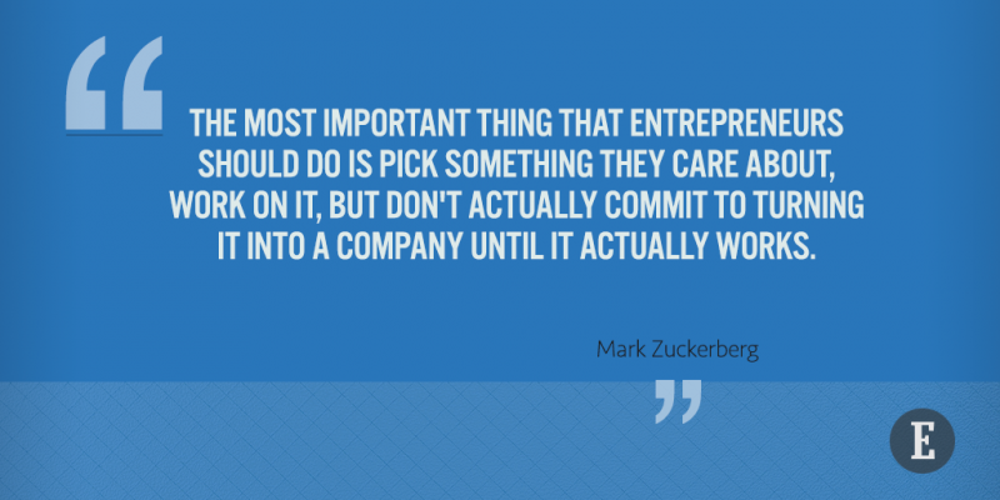 "The most important thing that entrepreneurs should do is pick something they care about, work on it, but don't actually commit to turning it into a company until it actually works." -- Mark Zuckerberg