Why Business Leaders Are No Longer Afraid to Get Political

They are finding that they risk more when they do not speak up about matters of national concern.
Next Article

This week saw a slew of top names in tech and business responding to the fallout from the violence and protests in Charlottesville, Va. At issue for many leaders was President Donald Trump's response to the hate groups who participated.

On Wednesday, the two groups of business leaders that had formed to advise the president on economic issues -- the Manufacturing Jobs Initiative and Strategy and Policy Forum -- officially dissolved amid the public resignation of several members.

Those who resigned from the manufacturing council this week prior to its disbandment included: Merck CEO Ken Frazier; Under Armour CEO Kevin Plank; Intel CEO Brian Krzanich; Scott Paul, the president of the Alliance for American Manufacturing; Richard Trumka, the president of the American Federation of Labor and Congress of Industrial Organizations; Campbell Soup Company President and CEO Denise Morrison; and 3M CEO Inge Thulin.

But this was not the first wave of CEOs resigning their advisory positions to the president. In June, Elon Musk and Walt Disney Company Chairman and CEO Bob Iger said they would no longer serve the White House after the president's decision to exit from the Paris Climate Agreement. Former Uber CEO Travis Kalanick left the forum in February amid employee and customer concerns about the ban on travelers and refugees from Muslim-majority nations.

This has become a familiar pattern in the news in recent months, with business leaders speaking publicly on hot button political issues, in opposition to actions that aren't aligned with the missions and values that their companies espouse.

However, even in the recent past, business leaders may have been wary of speaking out about national tragedies or political issues that did not directly affect their businesses, lest they put off a portion of a potential customer base. But David Bach, deputy dean and a management professor at the Yale School of Management, says that now, these leaders are finding that they actually risk more when they do not speak up.

“In a situation like Charlottesville, CEOs are effectively caught between a rock and a hard place -- between the president on one side and other key stakeholders on the other. On the one hand, their job requires open lines of communication to the White House,” Bach told Entrepreneur. “However, this involves the risk of losing credibility of their business and alienating a growing number of their employees and customers who demand public rebuke against President Trump’s divisive policies and news conferences addressing racially charged issues.”

William M. Klepper, a management professor at Columbia Business School, says that particularly of late, if these leaders do not publicly make their views and the views of their company plainly known, they could create uncertainty about what their companies stand for at a later juncture.

“This is a leadership moment for business executives to reaffirm their core values and code of behavior,” Klepper says. “The benefit is reaffirming with its stakeholders that it operates within its stated ethical principles. As a result, the company will not just do well, but do good.”

Related: Google Has Fired the Writer of the 3,000-Word Viral Memo That's Gripping the Company

While it's natural for leaders to want to represent the values their companies stand for, this practice is not without controversy, as some question the role of businesses to drive ideology, inside or outside their office walls. But public statements are emblematic of a changing role for business leaders, who feel their positions and visibility require them to help shape public discourse and even policy.

“Business leaders are realizing that business is becoming more political,” Bach says. “Companies must increasingly take sides and cannot simply go into hiding when it comes to public policy matters and social issues.”

Going forward, Klepper notes that success for companies won’t just be about the bottom line, but about growing an enterprise that taps into and leads with a mission that resonates with both employees and customers.

“Value-based leadership will more and more define successful business leaders in the world of work,” Klepper says. “There is a growing lack of respect and trust for elected officials among the public. As a result, business leaders are one group that the public looks to in our free enterprise system for role models. Business leaders who live their company’s values can fulfill that need for model behavior.” 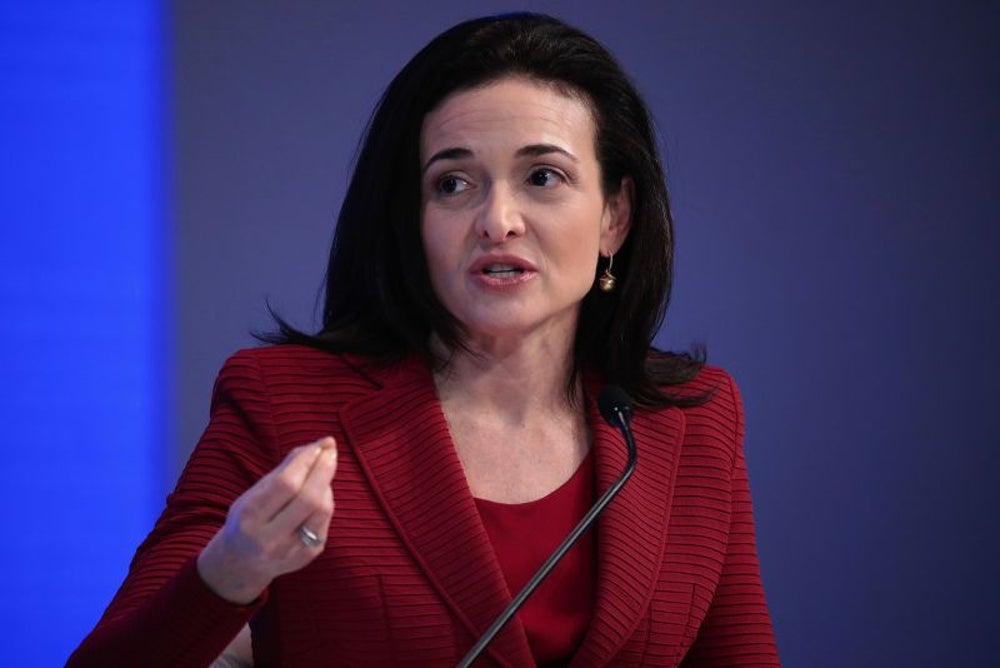 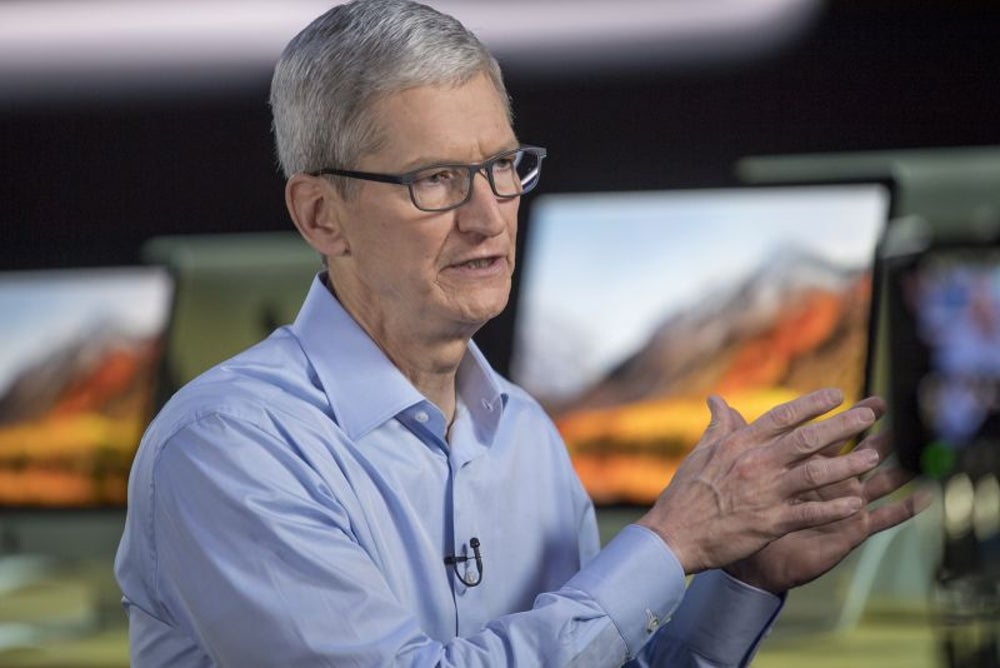 "What occurred in Charlottesville has no place in our country. Hate is a cancer, and left unchecked it destroys everything in its path. Its scars last generations. History has taught us this time and time again, both in the United States and countries around the world."

Read more: 'Hate Is a Cancer,' Apple CEO Writes in Email to Employees 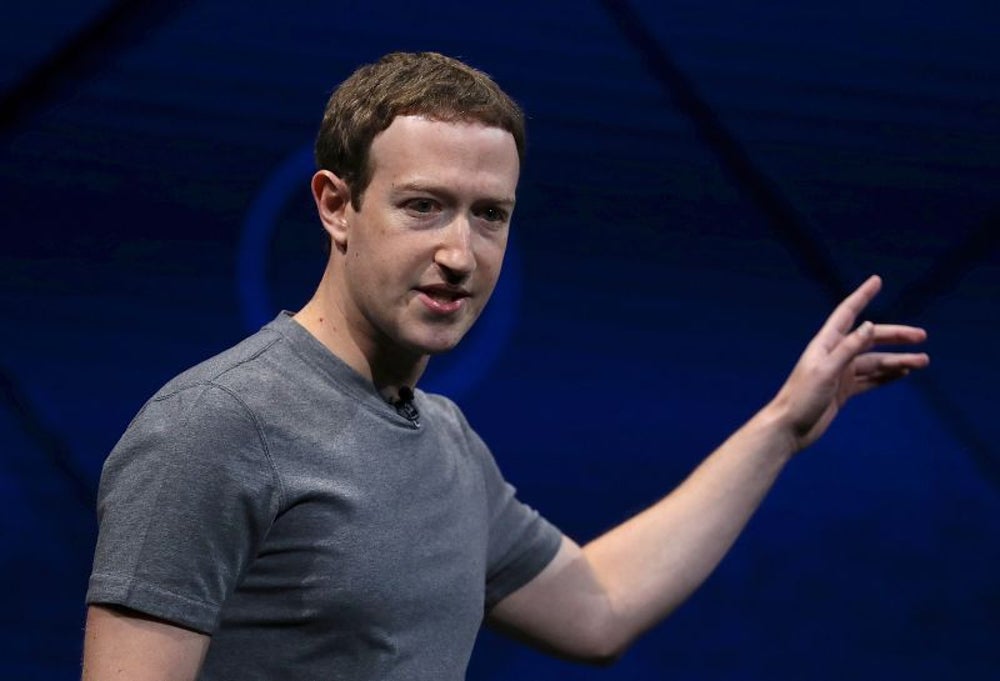 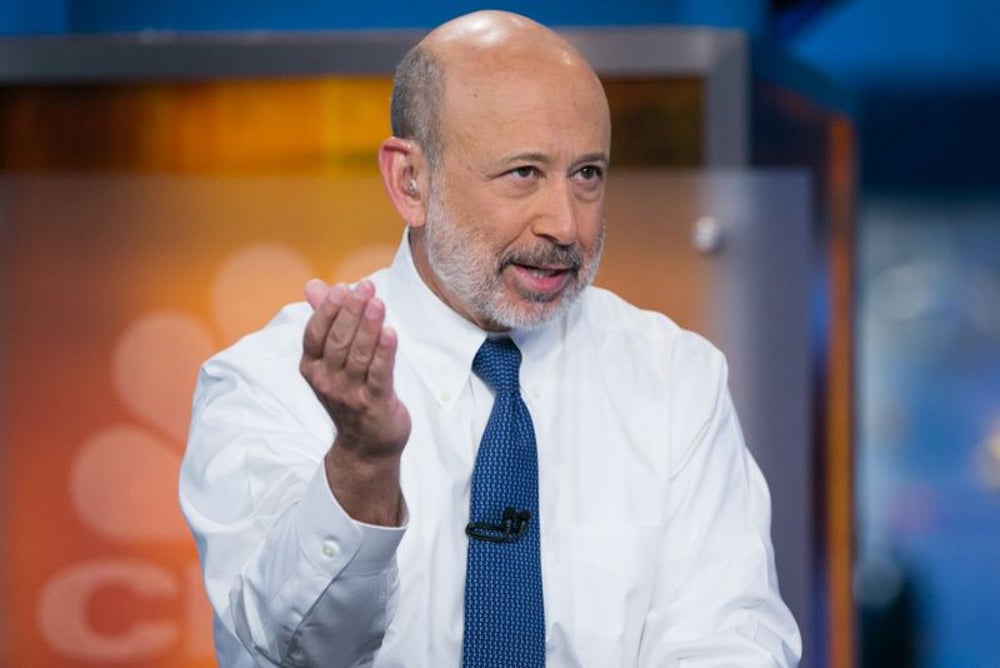 Lincoln: "A house divided against itself cannot stand." Isolate those who try to separate us. No equivalence w/ those who bring us together. 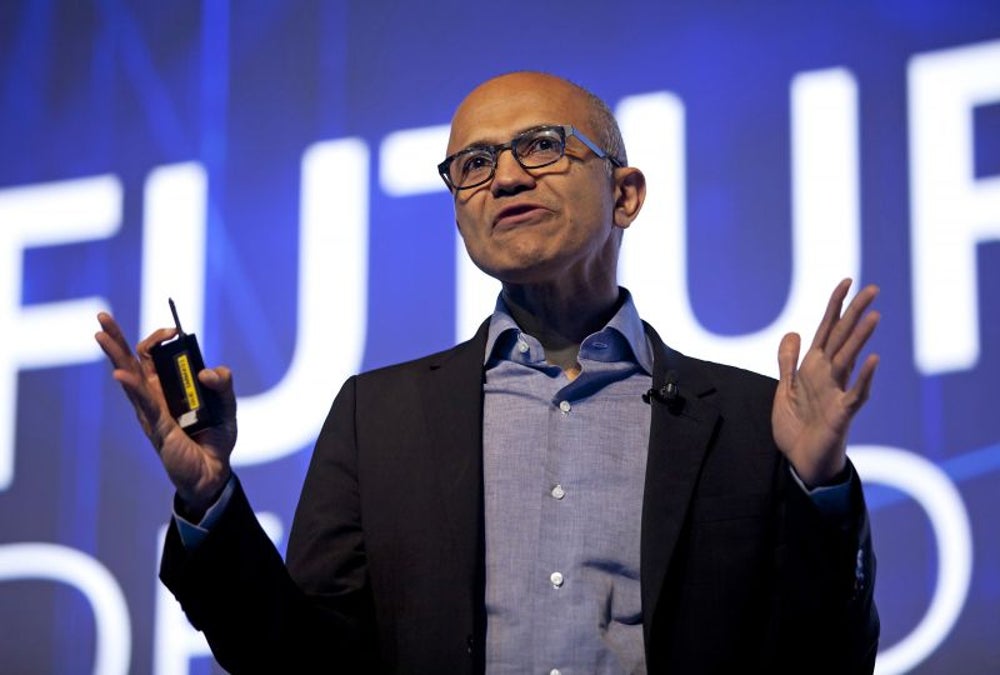 "As I’ve said, across Microsoft, we will stand together with those who are standing for positive change in the communities where we live, work and serve. Together, we must embrace our shared humanity, and aspire to create a society that is filled with respect, empathy and opportunity for all." 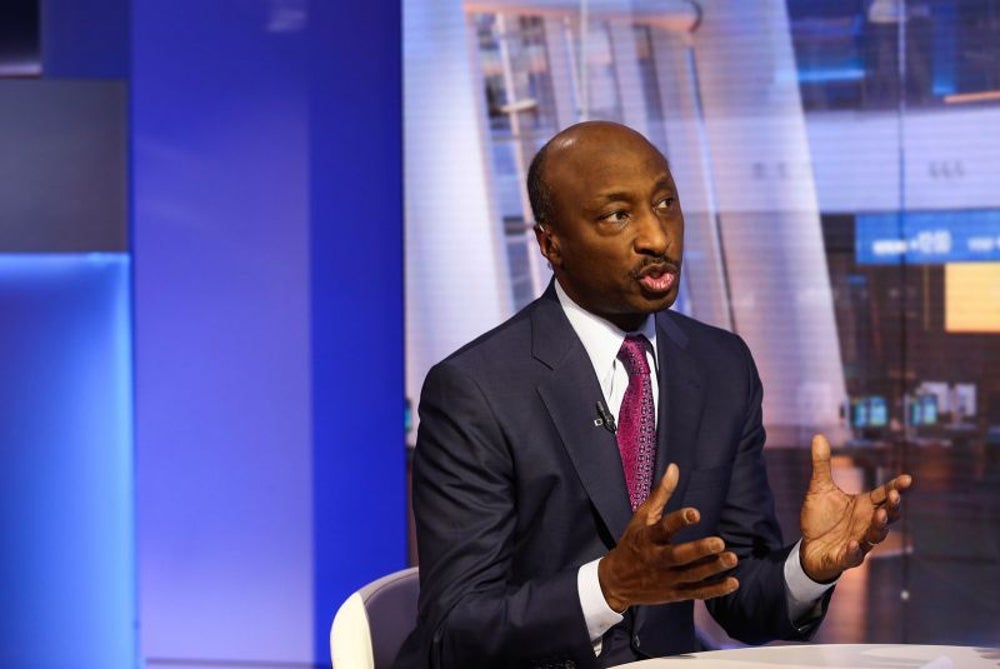 Kevin Plank, CEO of Under Armour 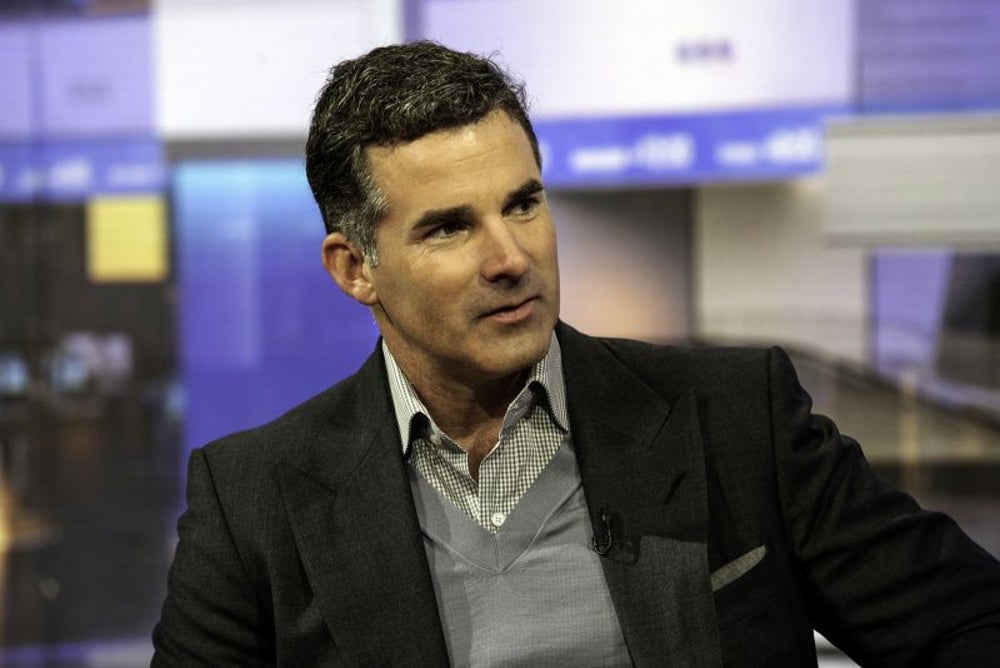 I love our country & company. I am stepping down from the council to focus on inspiring & uniting through power of sport. - CEO Kevin Plank pic.twitter.com/8YvndJMjj1 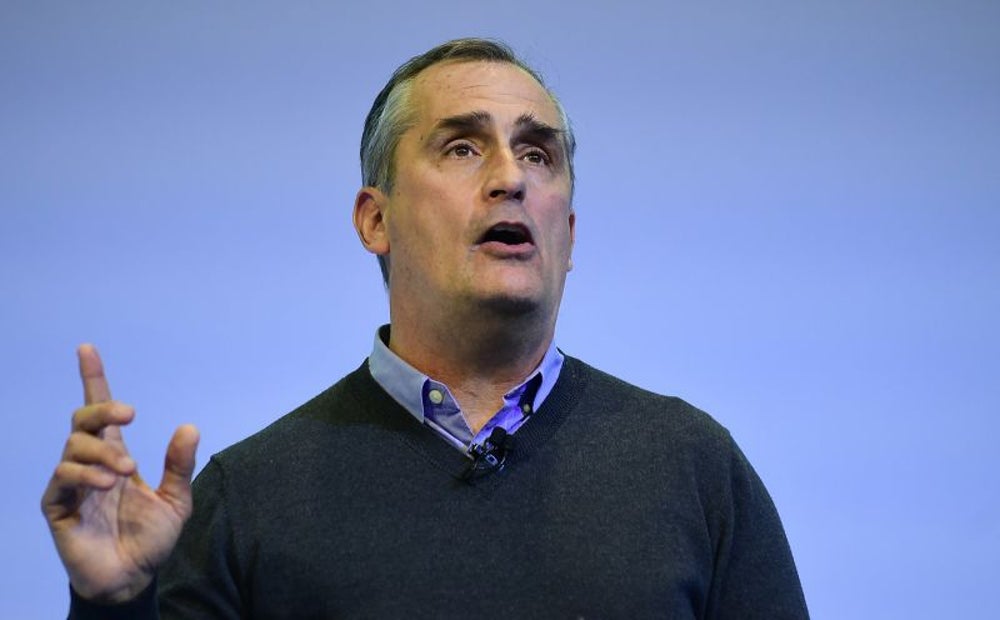 I stand with others for equality and improving US competitiveness. Both require
improving in todays environment. https://t.co/RcjpGaFXBQ

Scott Paul, president of the Alliance for American Manufacturing 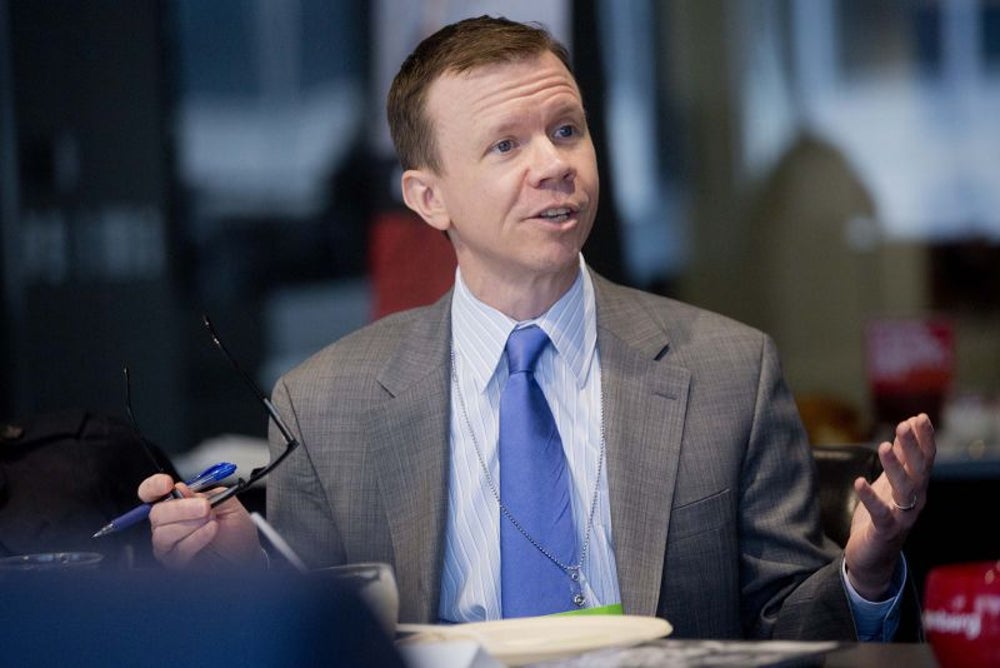 I'm resigning from the Manufacturing Jobs Initiative because it's the right thing for me to do.

Richard Trumka, president of the AFL-CIO 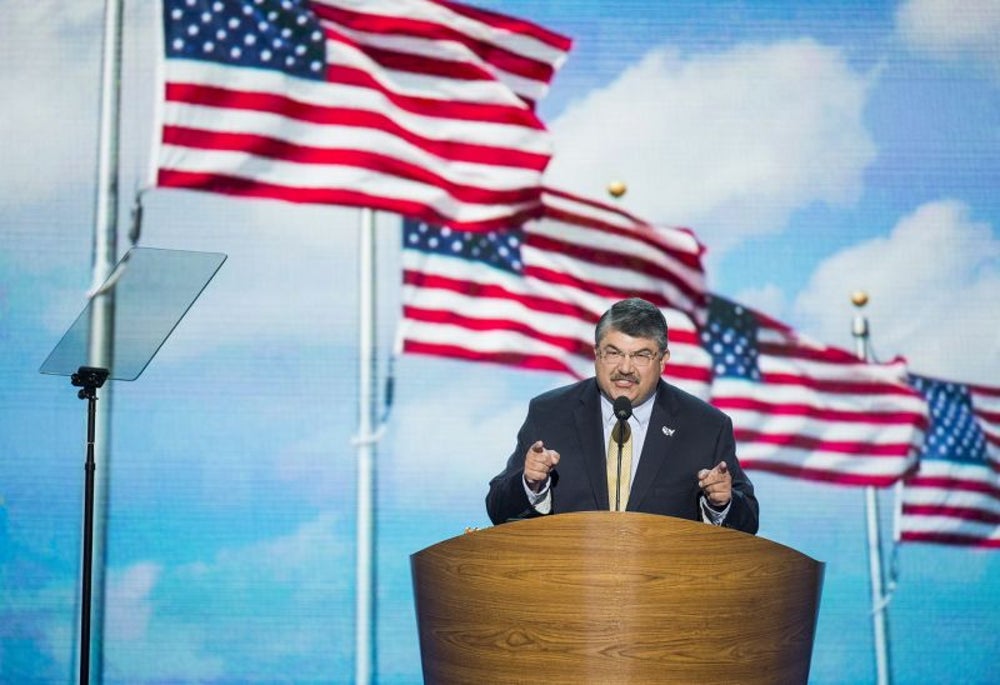 I cannot sit on a council for a President that tolerates bigotry and domestic terrorism; I resign, effective immediately. pic.twitter.com/ip6F2nsoog 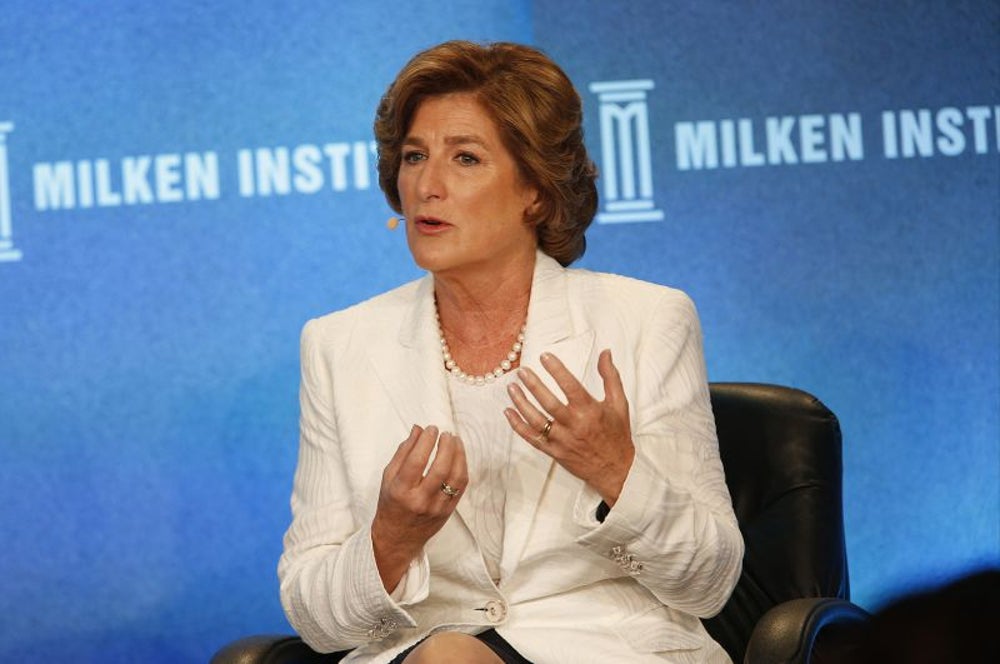 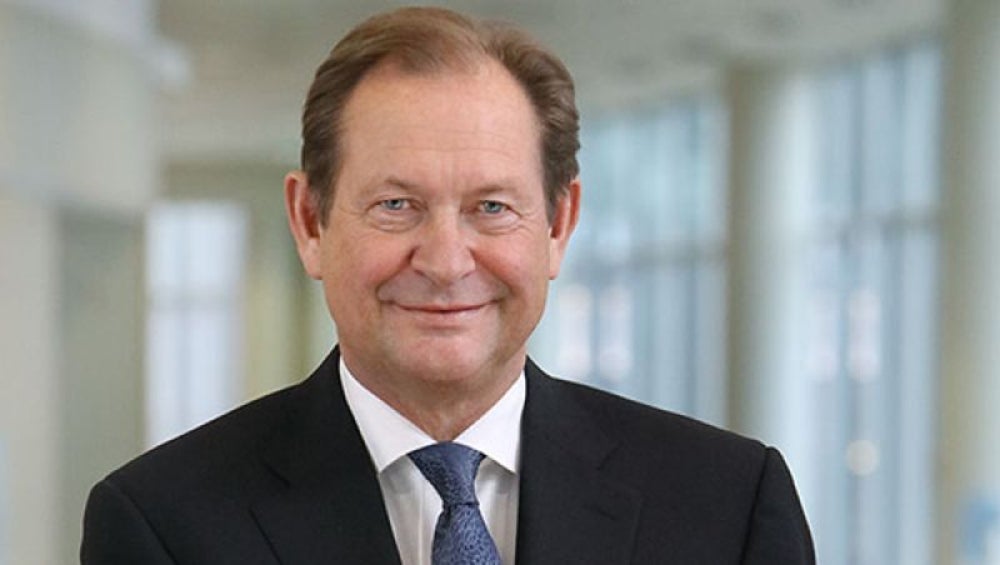 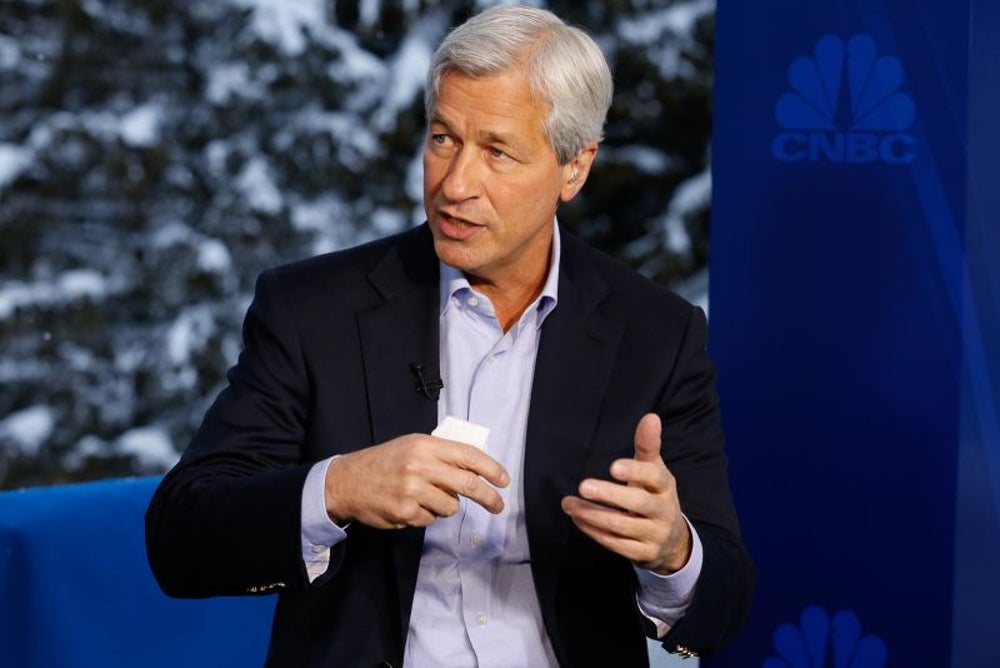 "It is a leader’s role, in business or government, to bring people together, not tear them apart." pic.twitter.com/LkZZWTPDIT 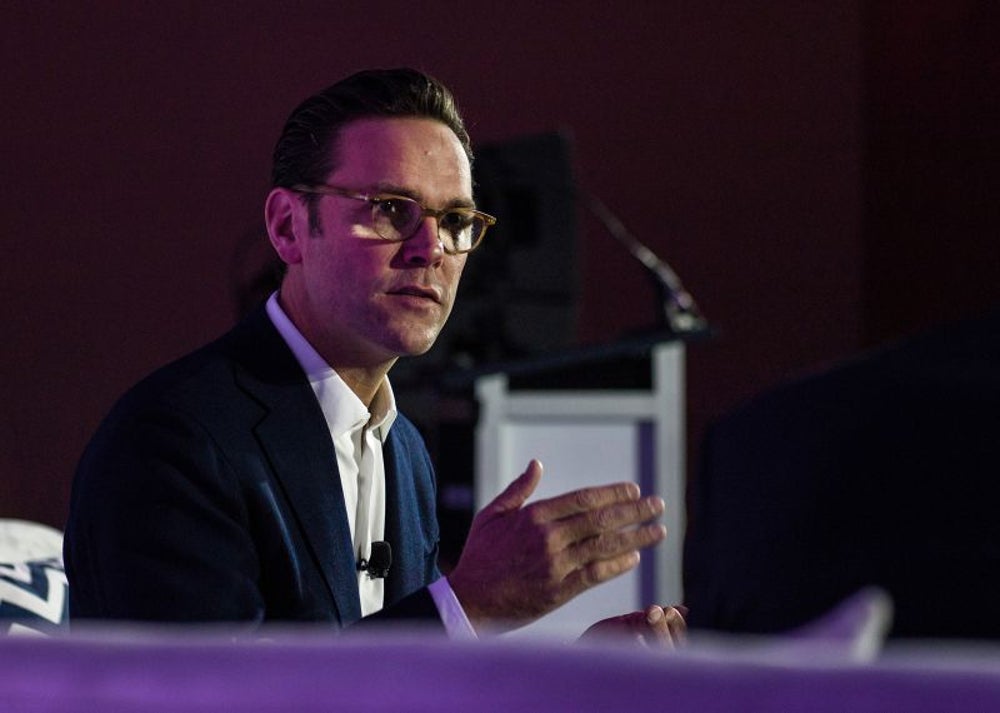 "I’m writing to you in a personal capacity, as a concerned citizen and a father. It has not been my habit to widely offer running commentary on current affairs, nor to presume to weigh in on the events of a given day save those that might be of particular or specific concern to 21CF and my colleagues. But what we watched this last week in Charlottesville and the reaction to it by the President of the United States concern all of us as Americans and free people." 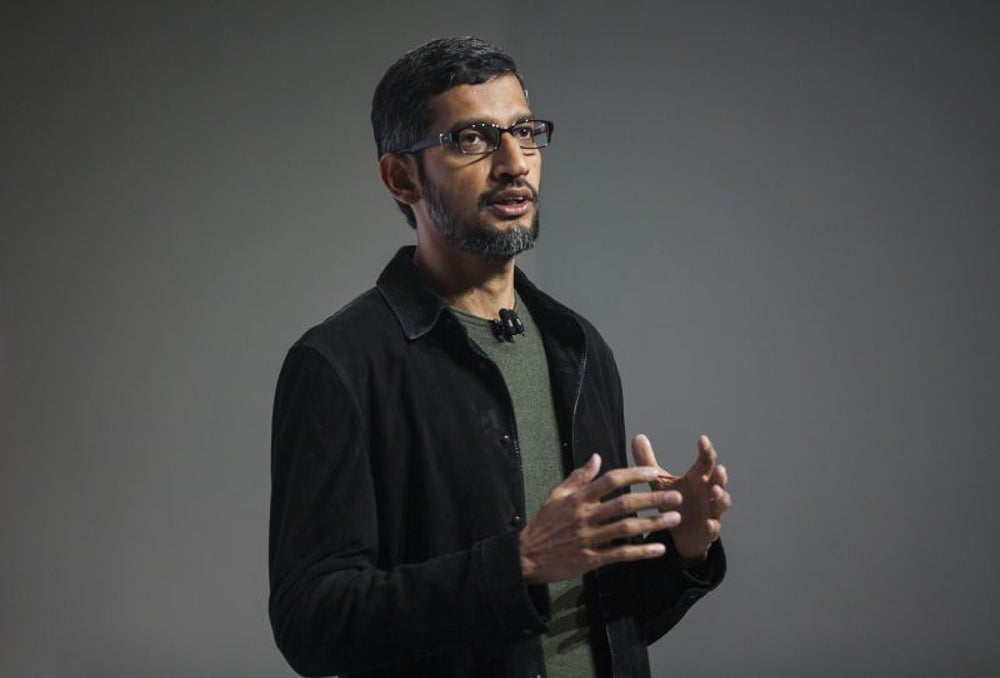 Charlottesville and Barcelona show the devastating consequences of hatred and extremism. Our thoughts are with the victims. pic.twitter.com/AMGhcWYi8e 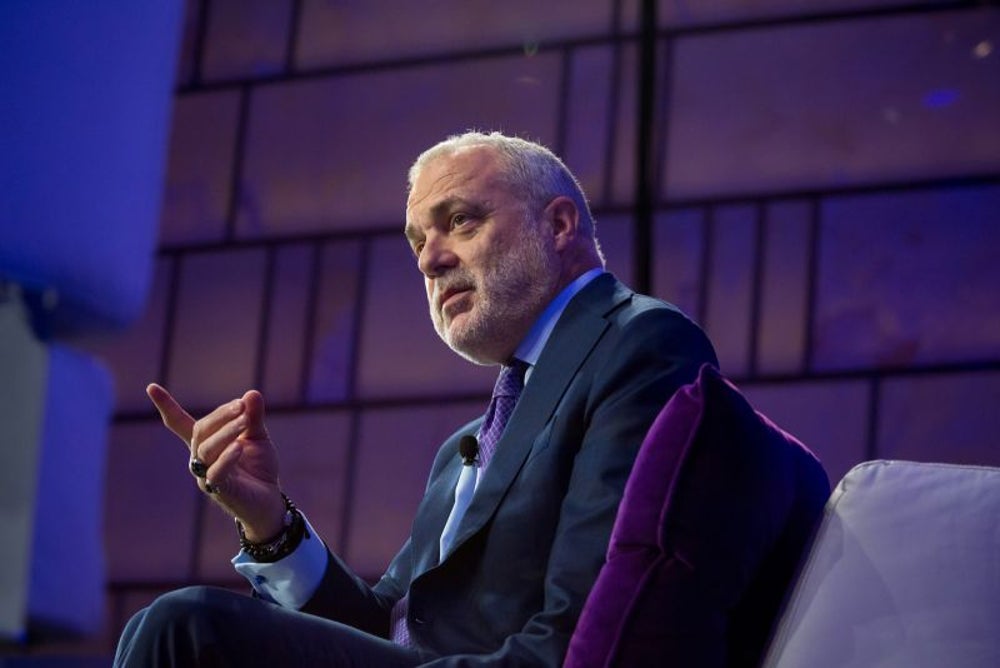 "I strongly agree with the remarks of former Presidents George H. W. Bush and George W. Bush who stated: 'America must always reject racial bigotry, anti-Semitism, and hatred of all forms," the CEO wrote.

"I am pleased that many other political leaders from both parties have expressed similarly strong statements – and I am ashamed of our President's behavior and comments." 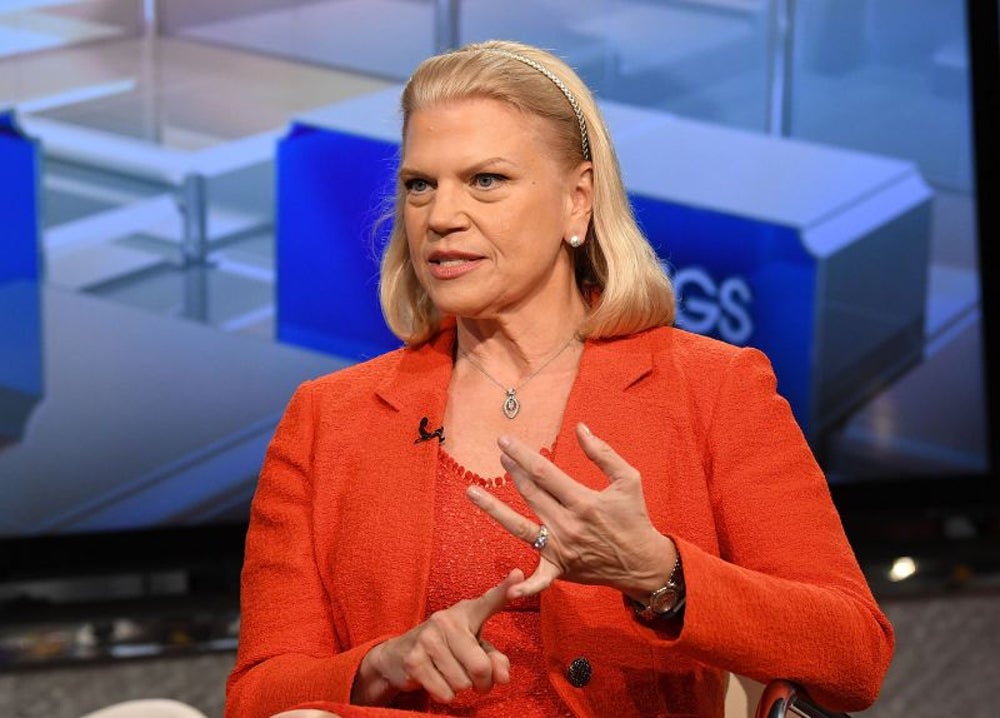 "The despicable conduct of hate groups in Charlottesville last weekend, and the violence and death that resulted from it, shows yet again that our nation needs to focus on unity, inclusion and tolerance. For more than a century and in more than 170 countries, IBM has been committed to these values."

Why You Shouldn't Hire a VP of Sales