18 Things You Should Know About Freelancing

Freelancers make up nearly 36 percent of the U.S. workforce today.
Next Article

Nearly 36 percent of the U.S. workforce is freelancing -- that's a whopping 57.3 million Americans. As a result, these freelancers have contributed nearly $1.4 trillion annually to the economy. And these numbers are only growing. In fact, by 2027 -- if not sooner -- it's predicted that the majority of Americans will be freelancers.

Related: 5 Steps to Finding Stability as a Freelancer

More and more people are freelancing full time, according to the Freelancers Union and freelancing platform Upwork's new Freelancing in America: 2017 report. That's because there are more jobs available and the idea of freelancing as a career is becoming widely accepted.

While freelancing might have downsides such as income unpredictability and a lack of benefits, it has a number of upsides such as making your own hours, being your own boss and having the ability to work anywhere in the work.

The freelance landscape is changing every year. To learn more, here are 18 things you should know about freelancing today.

Freelancers are better prepared for the future. 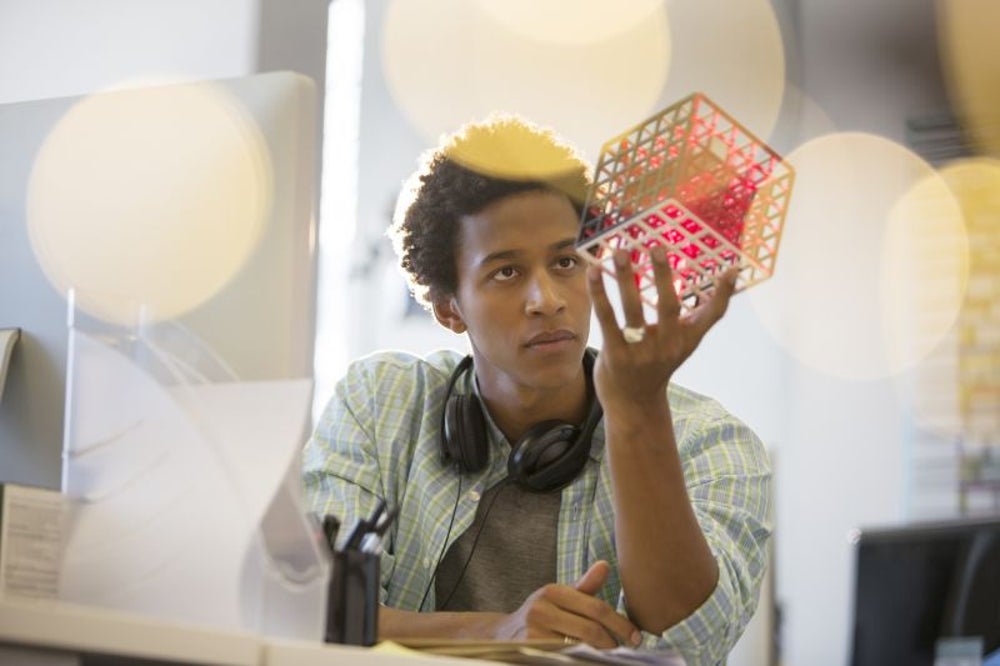 Image credit: Tom Merton | Getty Images
With the rise of automation and advances in technology, people are preparing for the future of work. It turns out, freelancers are better equipping themselves than non-freelancers, investing time and money into learning new skills. According to Upwork and Freelancers Union's Freelancing in America: 2017, 55 percent of freelancers have participated in "skill-related educations" over the past six months, while only 35 percent on non-freelancers did so.

In 10 years, the majority of U.S. workers will be freelancers. 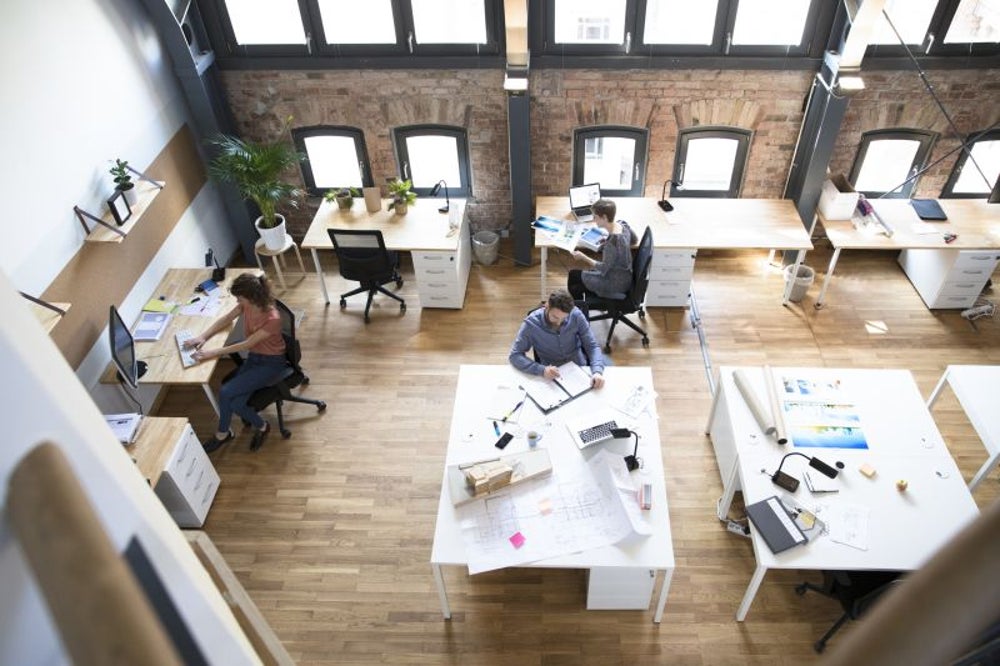 Image credit: Westend61 | Getty Images
According to the Freelancing in America: 2017 report, 36 percent of workers in the U.S. are freelancers -- approximately 57.3 million Americans. In fact, this number jumped by 8.1 percent since 2014. At this growth rate, the majority of the workforce will be freelancing by 2027. 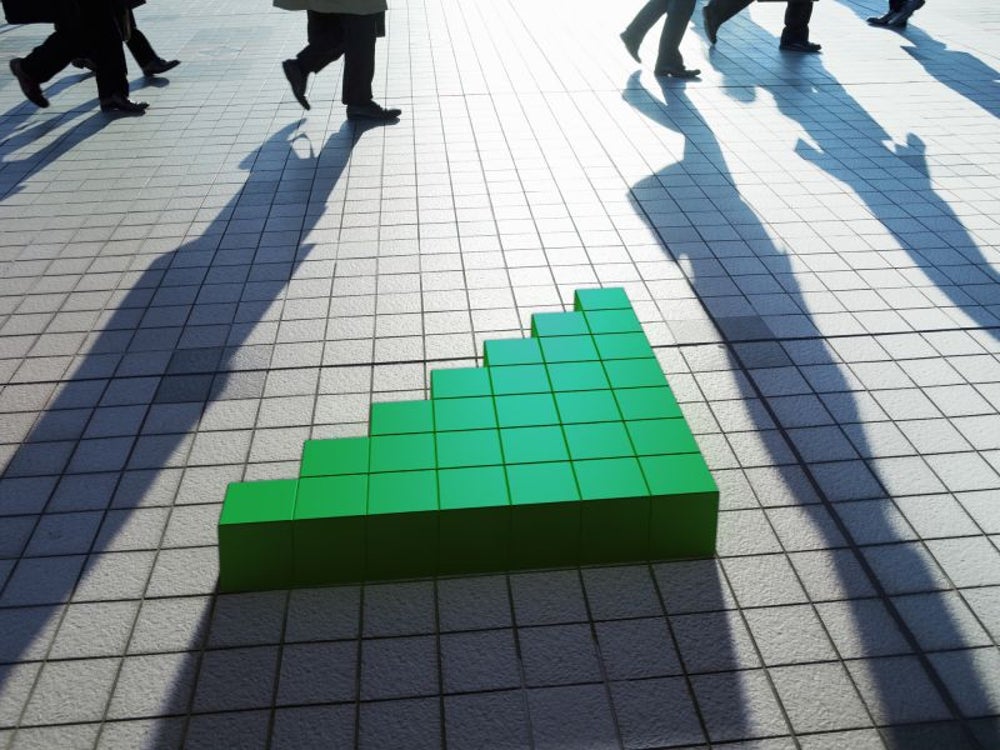 The Freelancing in America: 2017 report discovered that freelancers contributed a whopping $1.4 trillion to the U.S. economy this year, which is a 30 percent increase from the year prior.

Related: You'll Never Expect Which Generation Has the Most Freelancers Today

Money can be a challenge -- especially for freelancers. 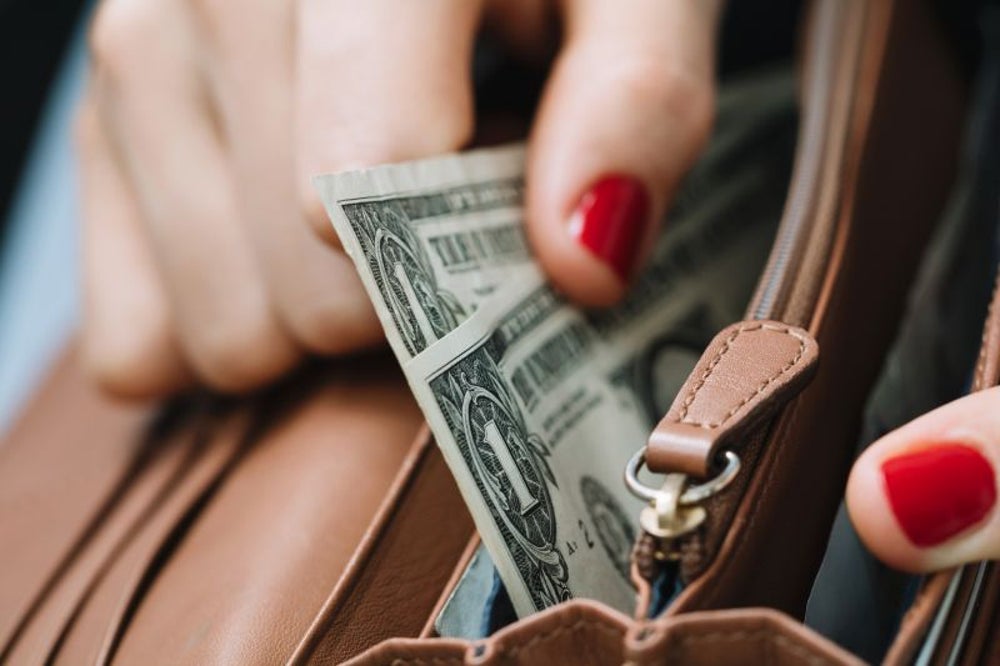 Image credit: Anfisa Kameneva | EyeEm | Getty Images
Sometimes a freelancer might have an overwhelming number of projects, while other times work might be sparse. Because of these fluctuations, full-time freelancers more often have to dip into their savings to get by. In fact, the Freelancing in America: 2017 report found that 63 percent of full-time freelancers have to tap into those extra funds every month, while only 20 percent of non-freelancers said they do this.

Nearly half of millennials freelance. 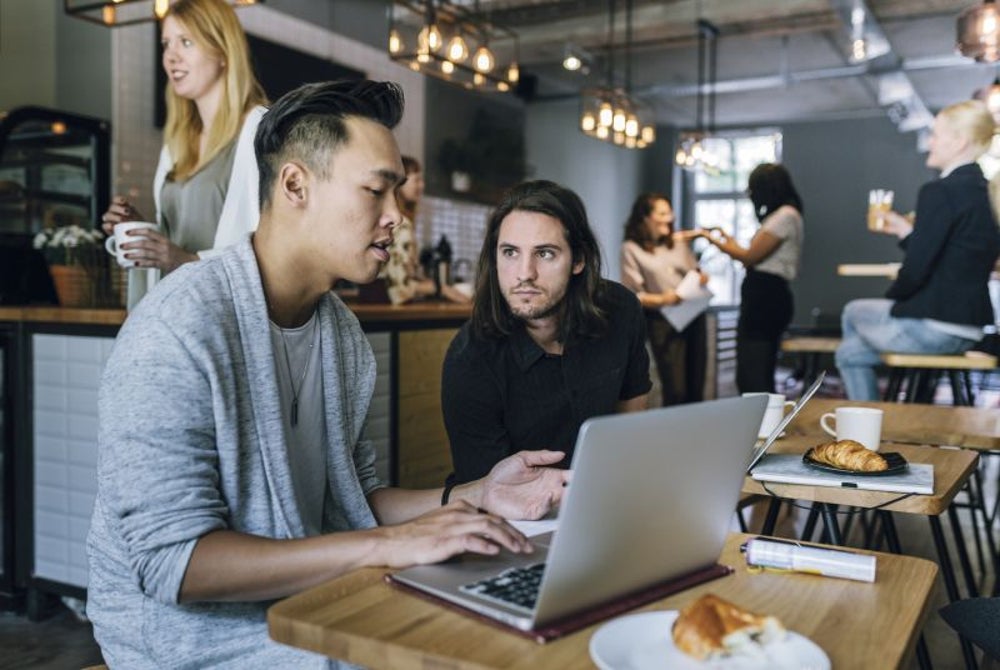 Image credit: Willie B. Thomas | Getty Images
Whether they're freelancing full time, part time or are moonlighting, more and more young people are turning to freelancing for some extra income. In fact, 47 percent of millennials freelance, which is more than any other generation, according to Freelancing in America: 2017. 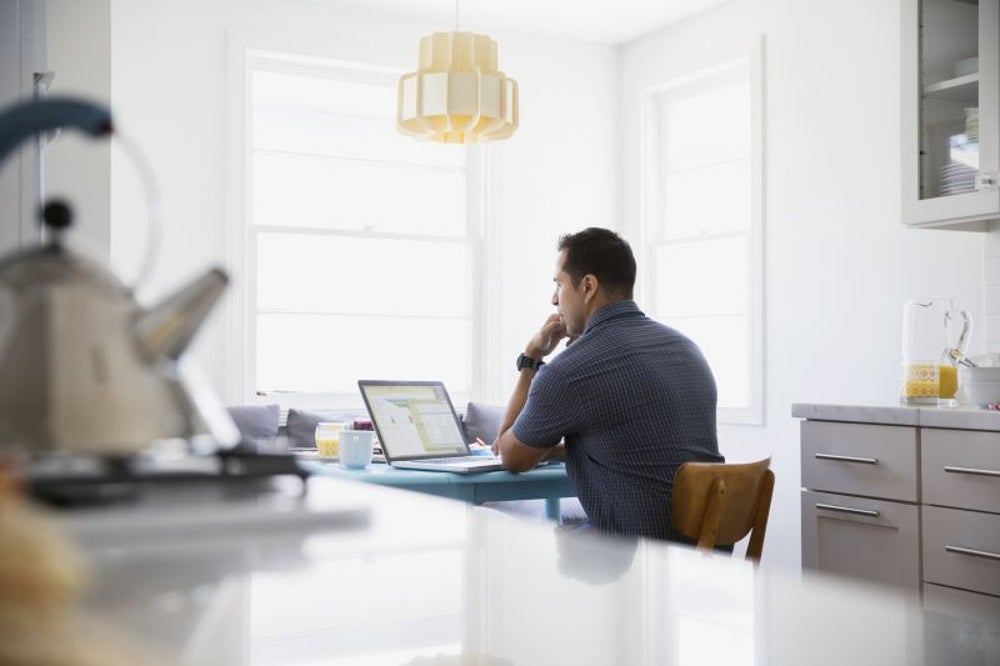 Image credit: Hero Images | Getty Images
The number of part-time freelancers and moonlighters is going down, and more and more people are taking up freelancing full time. Freelancing in America: 2017 found that moonlighters decreased from 19 to 16 percent between 2014 and 2017, and part-time freelancers fell from 59 to 54 percent. Full-timers went from 17 to 29 percent between those three years. 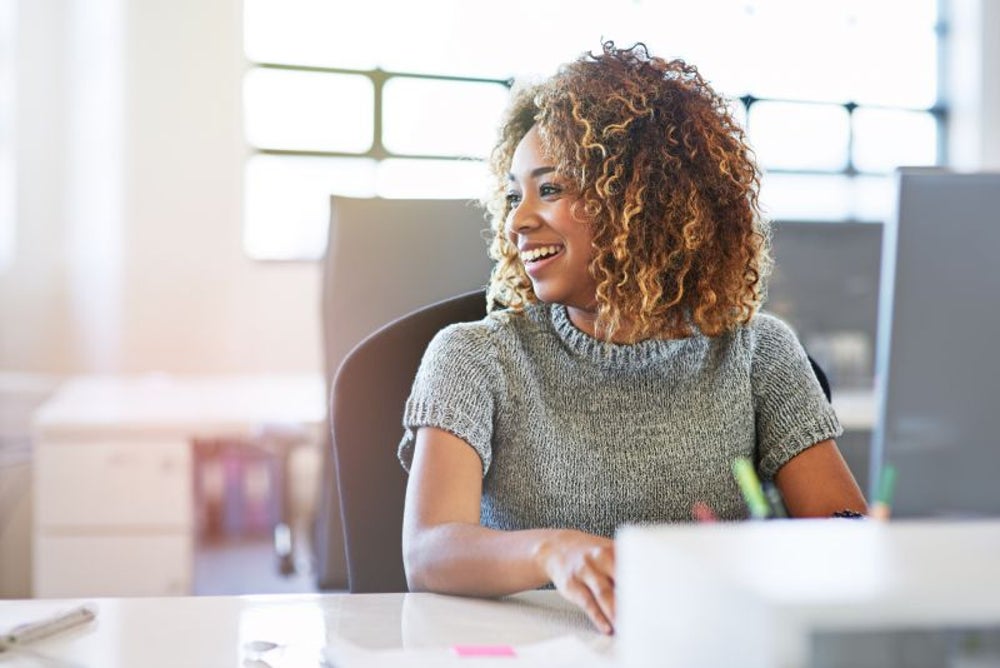 Related: How to Negotiate Rates as a Freelancer 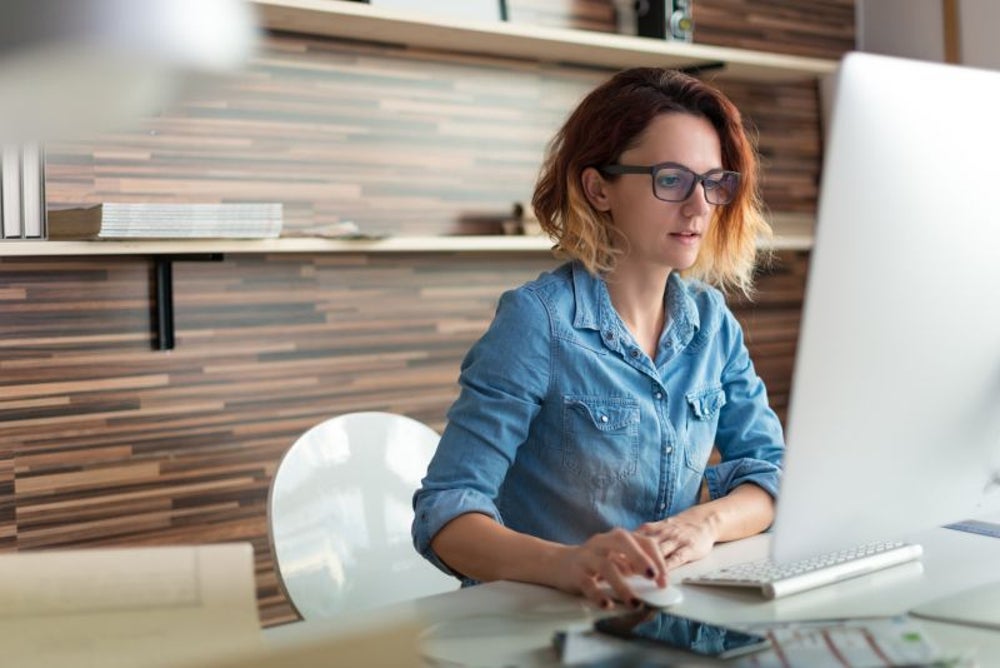 Image credit: Georgijevic | Getty Images
While word of mouth is a great way for freelancers to pick up new gigs, another great way is online -- and in fact, the number of online freelancing opportunities is increasing. Nearly three-quarters of freelancers from Freelancing in America: 2017 said the amount of work they obtained online this year increased. Overall, there was a 5 percent increase in online work compared to last year. 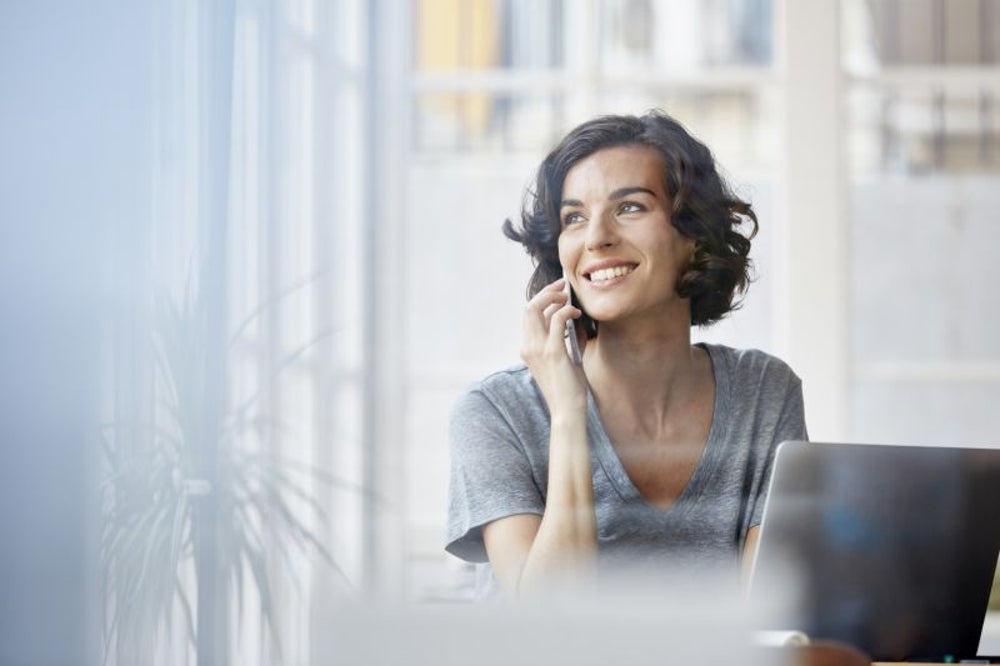 Image credit: Morsa Images | Getty Images
Another upside to freelancing is a boost in well-being. A recent study by And Co found that 68 percent of freelancers found the quality of their lives improved since they changed career paths to freelance. 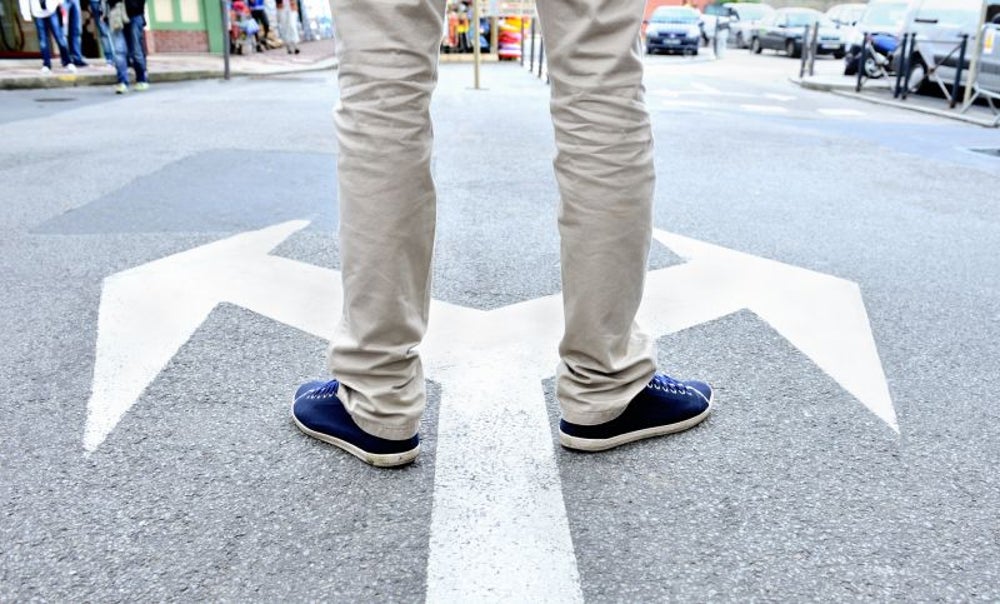 Image credit: olaser | Getty Images
Not only do people turn to freelancing to change up the type of career they have, but also in the type of work they do. Recent data from LinkedIn revealed that a quarter of freelance professionals are working in completely different industries than their former full-time careers. On top of that, 13 percent said they completed special education and skill courses in order to make these changes.

Freelancing can bring in the big bucks. 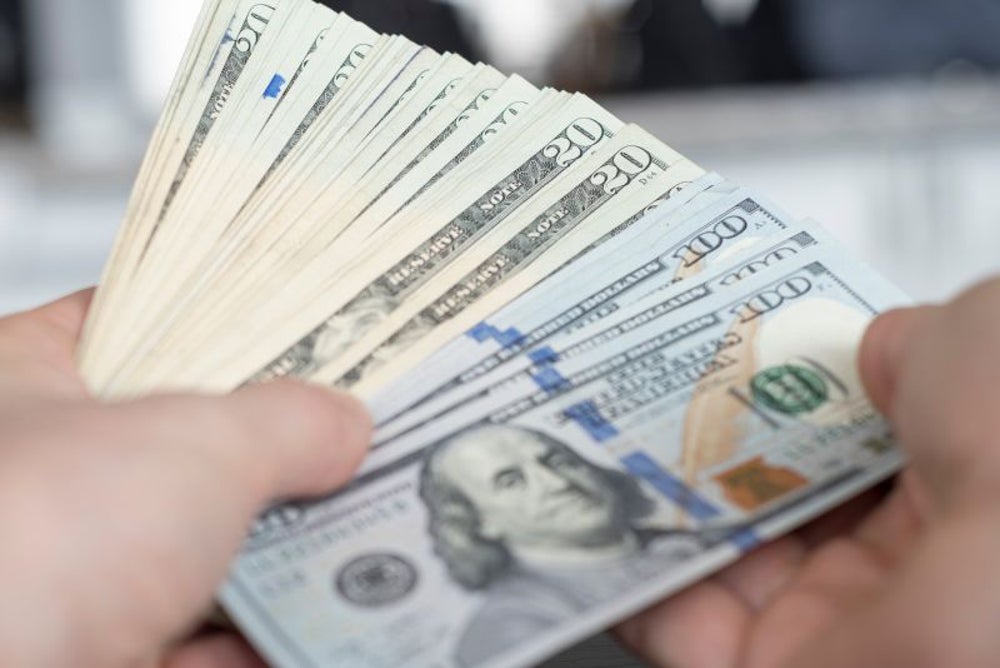 While money and income can often be a challenge for freelancers, many still manage to make it work for them. In fact, recent LinkedIn data finds that nearly 20 percent of freelancers confirmed they will be making six-figure incomes or more this year.

Related: What Posting More Than 300 Articles in a Year Taught Me About Freelance Writing

Working with clients can be tough. 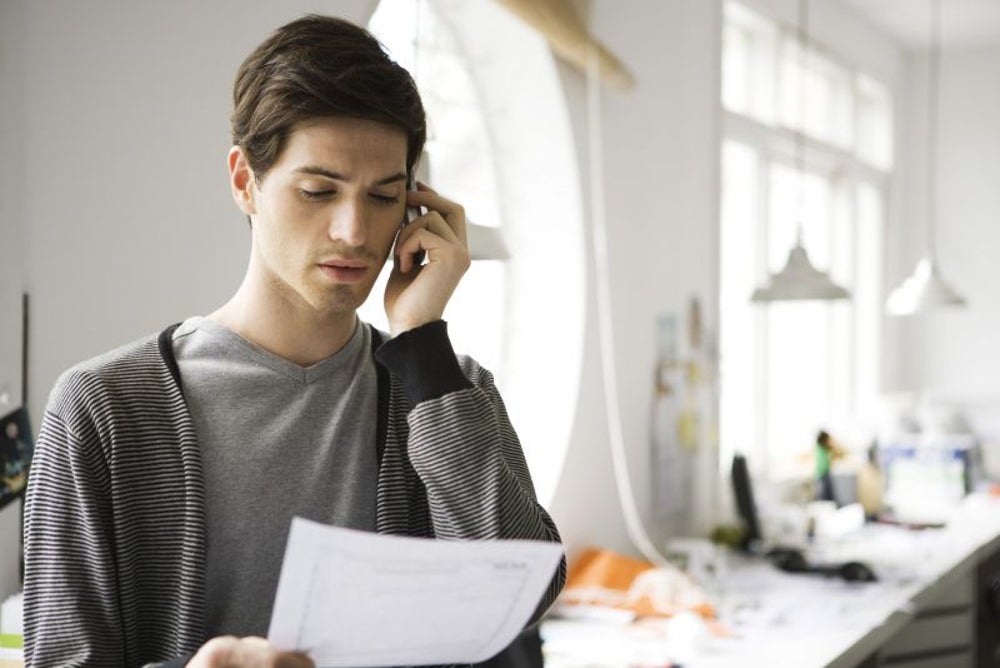 Image credit: PhotoAlto | Sigrid Olsson | Getty Images
One of the major challenges of freelancing is clients refusing to pay. This happens more often than you may think. In a LinkedIn survey, 76 percent of freelancers admitted to having issues collecting payments from clients. Of this, 13 percent said this happens to them three to six times a year. 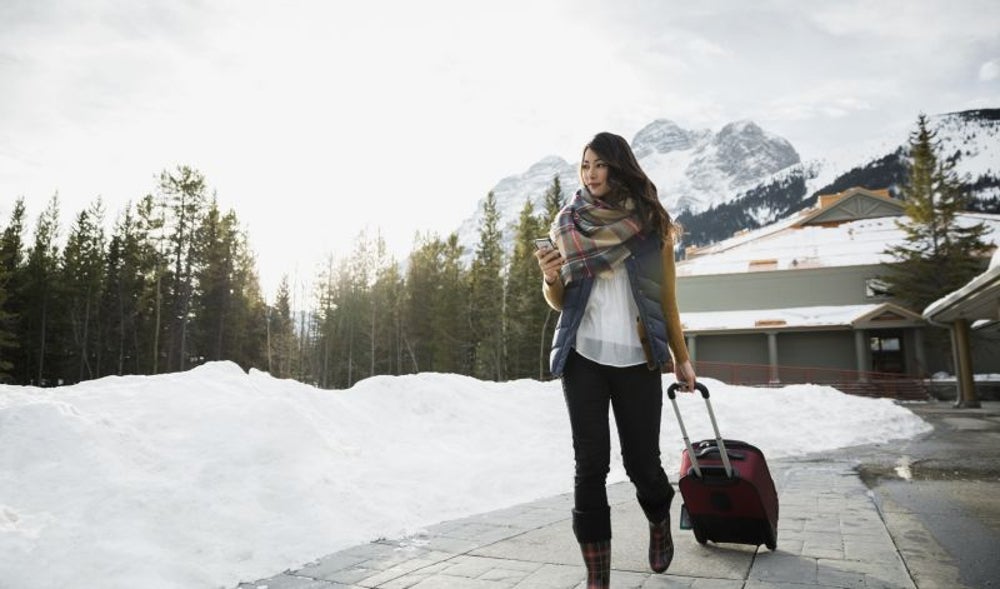 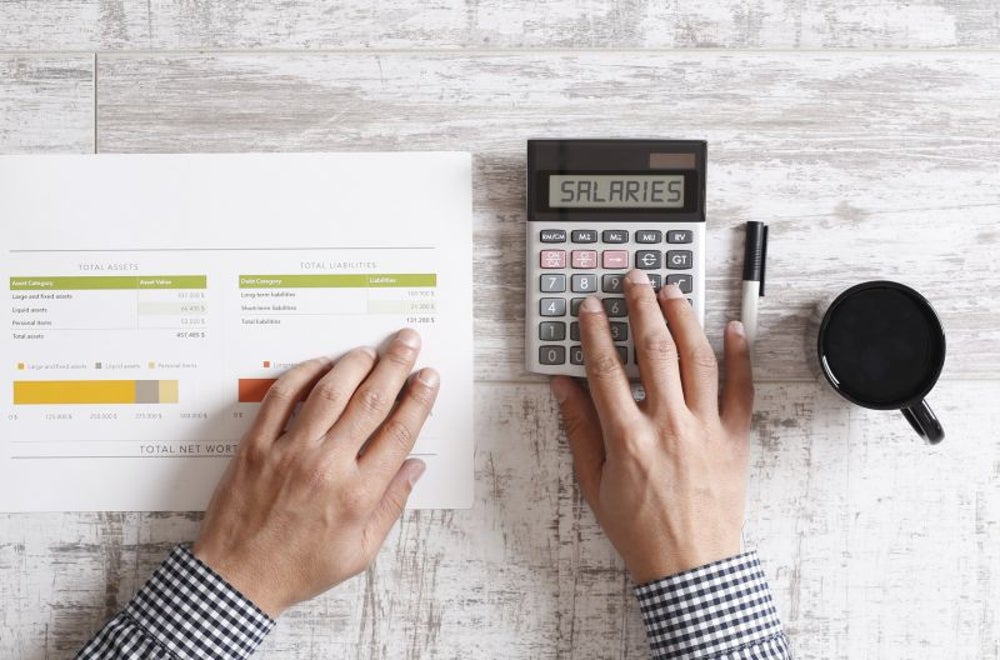 While the money might come in as ebbs and flows, overall, the average hourly rate for freelancers worldwide is $19. While that might sound low or high depending on the country you’re in, overall this number is much higher than the average hourly salary of employees in many countries around the world, according to a recent report by Payoneer.

Freelancers know how to multitask. 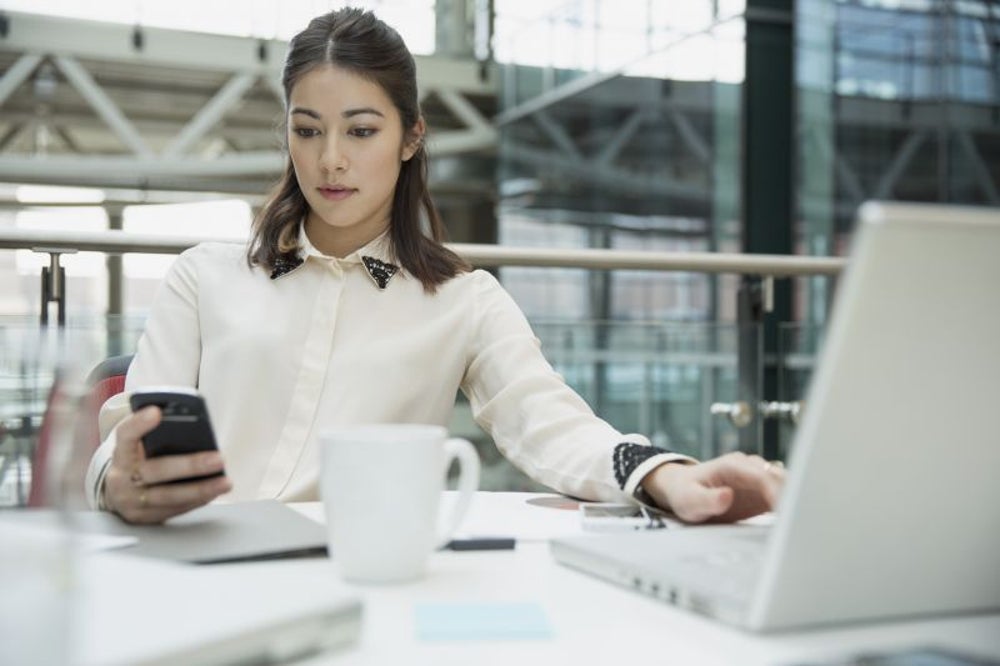 Image credit: Hero Images | Getty Images
If you’re not good at juggling multiple jobs or projects, freelancing might not be the career path for you. In Payoneer’s recent report, which surveyed more than 21,000 freelancers globally, 80 percent said they handle anywhere from one to three projects at a time.

Freelancers in legal services make the most money. 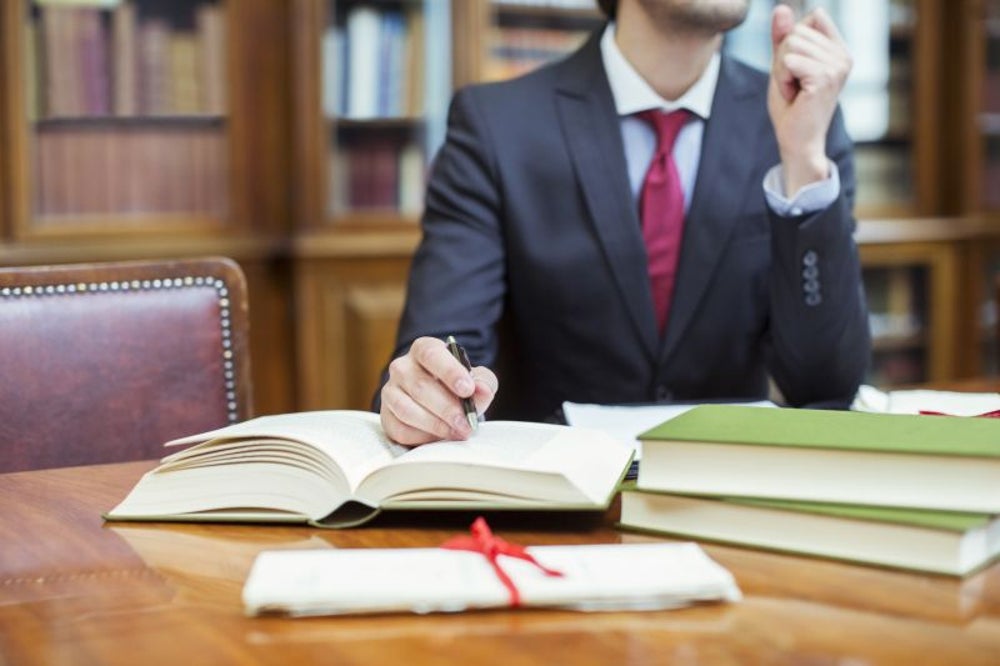 Image credit: Robert Daly | Getty Images
Compared to other industries such as IT, design, sales, marketing, engineering and finance, legal freelancers charge the highest average hourly rate for their services, at $28 an hour globally, according the Payoneer’s survey. The industry where freelancers charge the lowest for their services is administration and support at $11 an hour.

Freelancers make even more money when they are married. 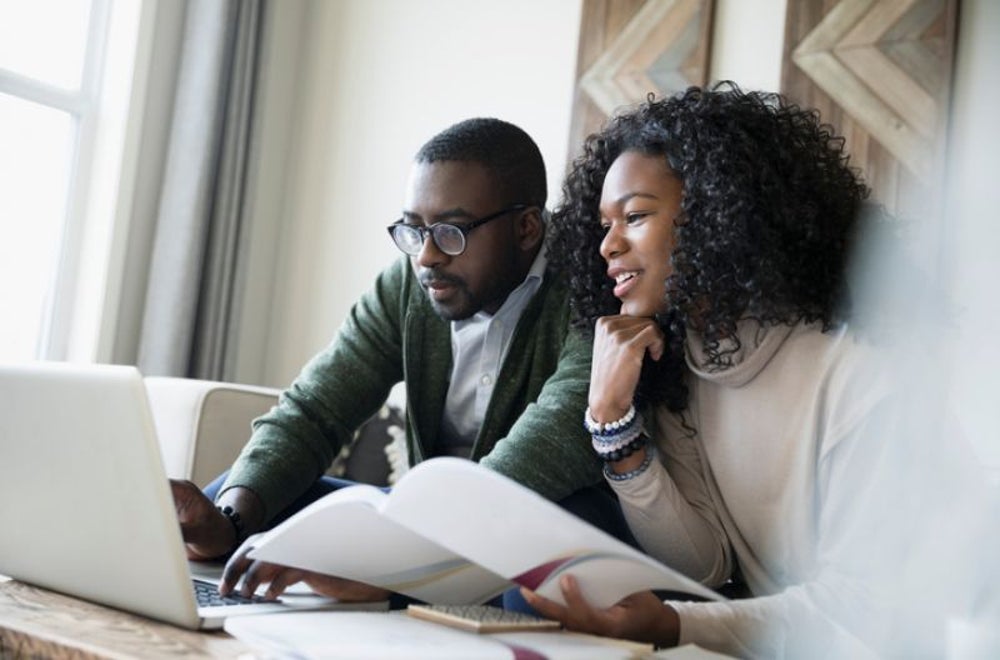 Image credit: Hero Images | Getty Images
It's not because you might open a joint bank account with your significant other once you get married, but according to a recent study by Freshbooks.com, a freelancer who is married makes significantly more income compared to a single freelancer. According to the research, married baby boomer freelancers make a whopping 80 percent more than their single baby boomer freelancing counterparts. The case is similar for married millennial freelancers as well -- they earn 47 percent more than single millennial freelancers.

Help from a spouse can boost a freelancer's income. 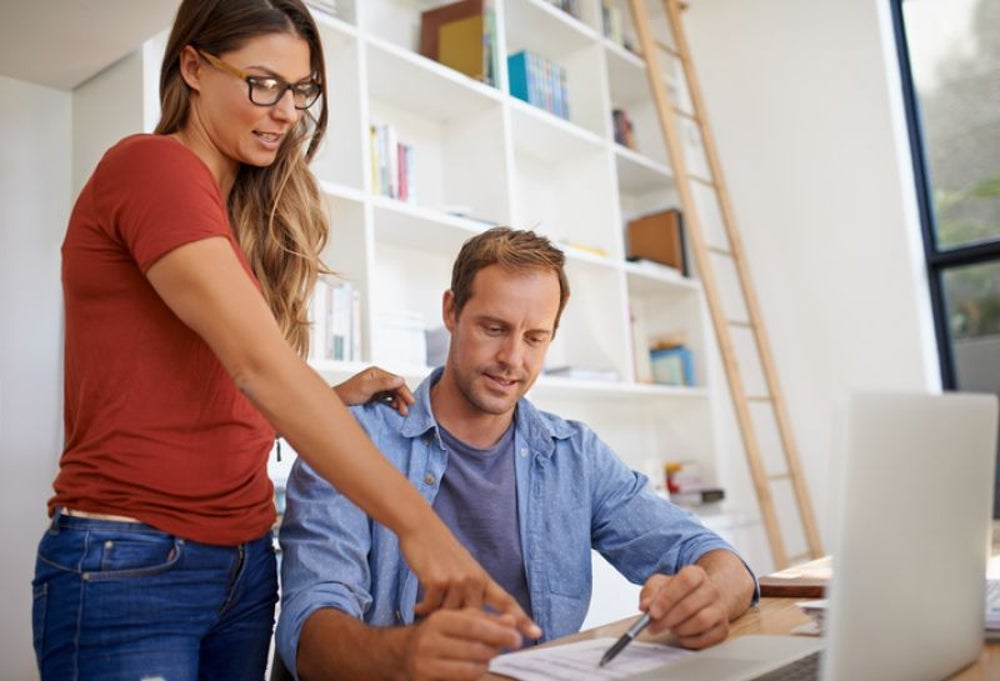 Image credit: jeffbergen | Getty Images
According to research from Freshbooks.com, freelancers who have spouses that assist in their freelancing and business endeavors in some way earn 25 percent more income than those who do not.
More from Entrepreneur

Start Making Money by Launching a Profitable Side Hustle Freelancing

How to Start a Freelance Writing Side Hustle

How to Simplify Your Freelance Work-Life Balance

Become Your Own Boss and Start a Freelance Career in 2020