In 'Finding My Virginity,' Branson shares off-the-wall anecdotes from his life.
Next Article

It’s no surprise business magnate, philanthropist and billionaire entrepreneur Richard Branson has some crazy stories to share. From jumping out of airplanes to launching new businesses to partying a little too hard -- he’s got an outlandish reputation for being a risk taker in both his professional and personal lives.

And there’s much to learn from Branson beyond your typical business how-tos. His go-getter, out-there personality helped him build one of the most successful companies of all time. In his recently released autobiography, Finding My Virginity, Branson shares some of the craziest things that have happened to him, and the lessons he’s learned from each. 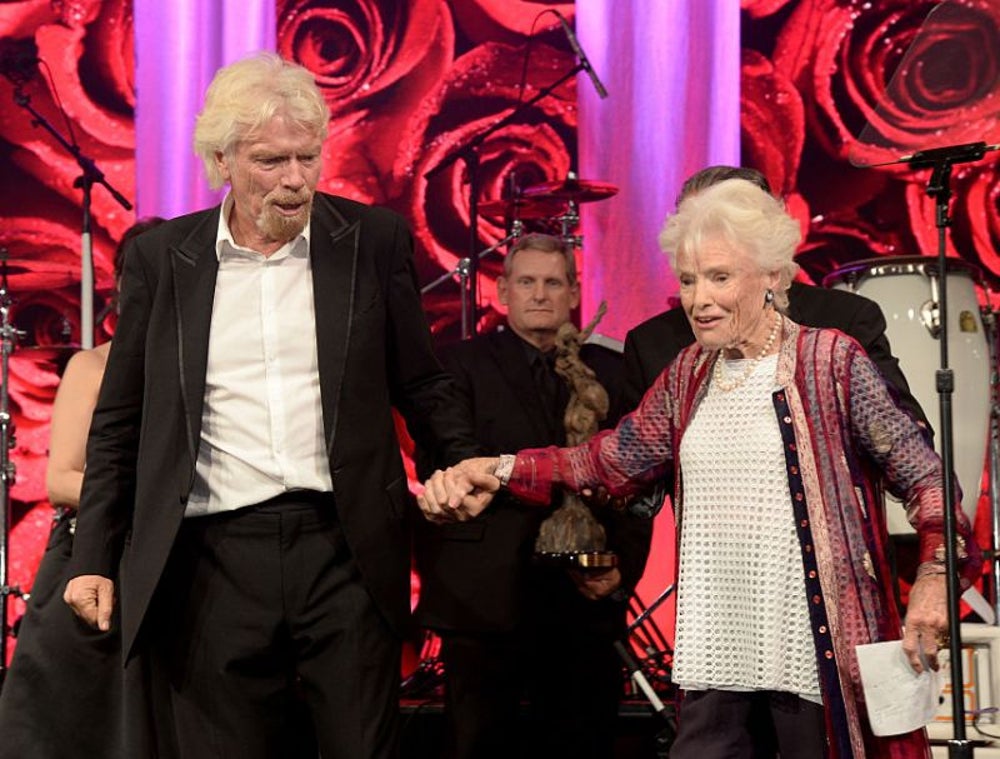 You don’t need hundreds of thousands of dollars to launch a successful business. Branson is proof of that. Back in the '60s, Branson’s mother found an expensive necklace sitting in the middle of the road. After taking it to the police station and months remaining unclaimed by anyone, Branson’s “mum” got to keep it. So, she sold them necklace for 100 pounds and gave him the money. With that money, Virgin was born.

“We paid the bills, expanded out advertising and kick-started what would go on to become a brand employing more than 70,000 people,” Branson wrote. “Mighty oaks from little acorns grow.” 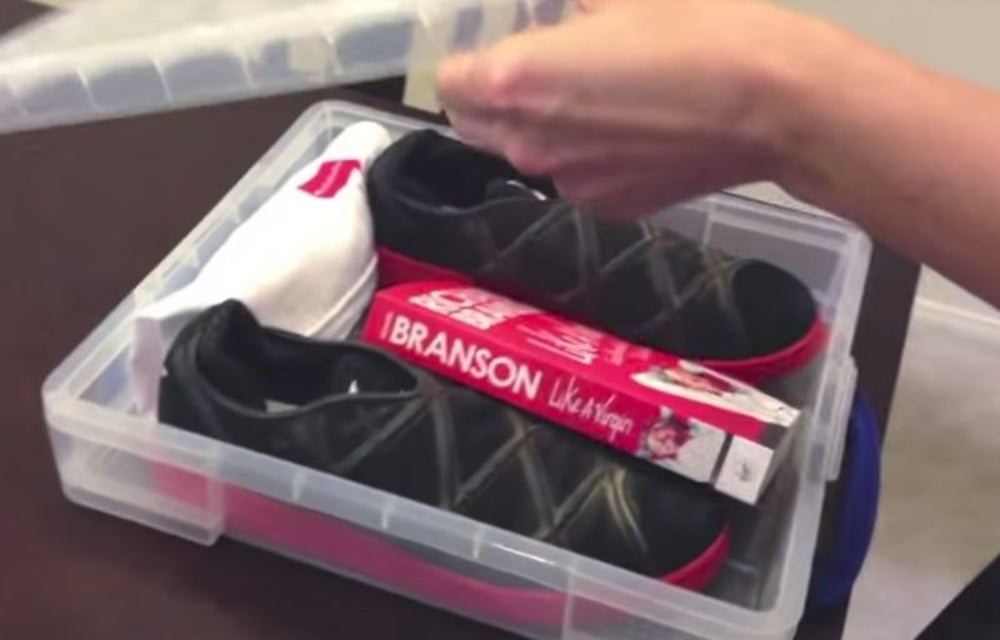 During a calm December evening on Necker Island while scrolling through Twitter, Branson received a tweet from an American woman, Shannon Smith, saying she’d like to spend a day in his shoes. So the Branson-esque move was of course to literally send her his shoes.

“Without hesitation, I took my shoes off, walked over to the office and set about sending her my size elevens,” he wrote. The shoes were delivered to Smith and Branson challenged her to wear them for a full day, or else he wanted them back. Smith wore the shoes all day on Christmas Eve while she was volunteering at a homeless shelter, documenting and sharing her day through social media.

Impressed by Shannon, Branson took things further creating a social campaign where Virgin donated to that homeless shelter every time someone tweeted #shoeathon. “The story, in a nutshell, encapsulates the power of social media: a journey that started with a single tweet read on my iPad ended up making a tangible difference in people’s lives,” he wrote.

Some of the best ideas come from the most surprising places. 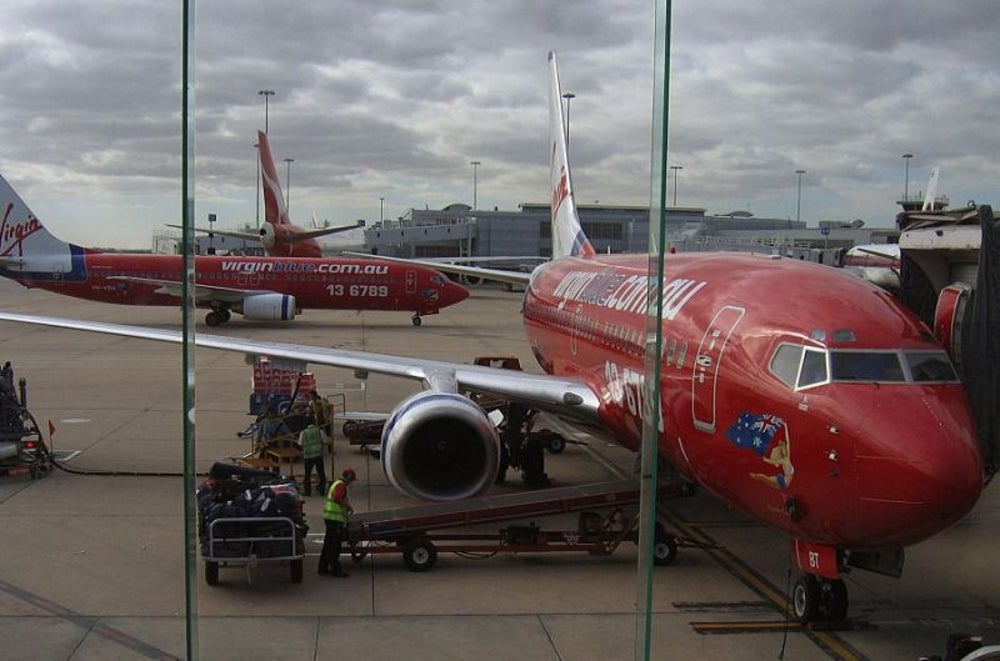 Branson’s known for his easy-going, open personality -- paying attention to the wants and needs of both customers and employees. And when he went to offer one of his executives, Brett Godrey, a CEO position, Godfrey declined but proposed a new idea on the spot: “I heard a muffled sound on the phone as Brett scrambled around for his notes. ‘I’ve got the idea on the back of some beer mats,’” Branson shared in his new book.

Related: What Richard Branson Learned From His 7 Biggest Failures

Godfrey’s idea ended up sparking Virgin Blue, a low-cost Australian airline. The company ended up being a hit, even getting offered a $70 million buyout, which Virgin declined. Branson recalled the thoughts behind that decision. “It felt fitting that the company which started over a few beers was saved by a conversation over a few more.” 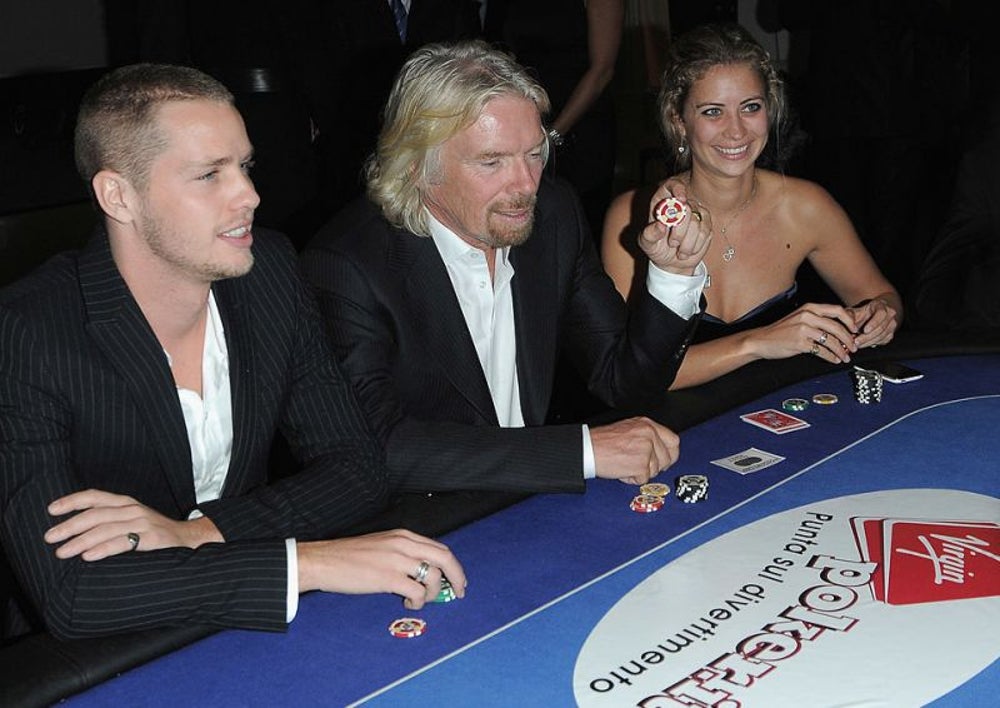 Often, the Branson family would play cards, but these games never involved money. Later on, Branson worried that his kids, Sam and Holly, would become gamblers because of how often and how much they enjoyed playing. To make sure that didn’t happen, Branson took them to Vegas to teach them firsthand the “perils of gambling.”

"Rather than getting themselves into a dangerous situation, I decided to introduce them to the pitfalls of betting personally," Branson wrote in his new book. So after losing money at Roulette, Branson thought he’d made his point, telling his kids: "That's the thing about gambling. Everyone thinks that they can win. … But, in fact, it takes no time at all for all that hard-earned money to disappear into thin air."

After they’d walked away for a few minutes, leaving a few leftover chips on the table, the family passed by the roulette table where they’d been playing only to find cheering and congratulations -- their spare leftover trips had tripled and earned them a “huge pile of winnings.”

"It's important to remember that there is an exception to every rule,” he wrote. 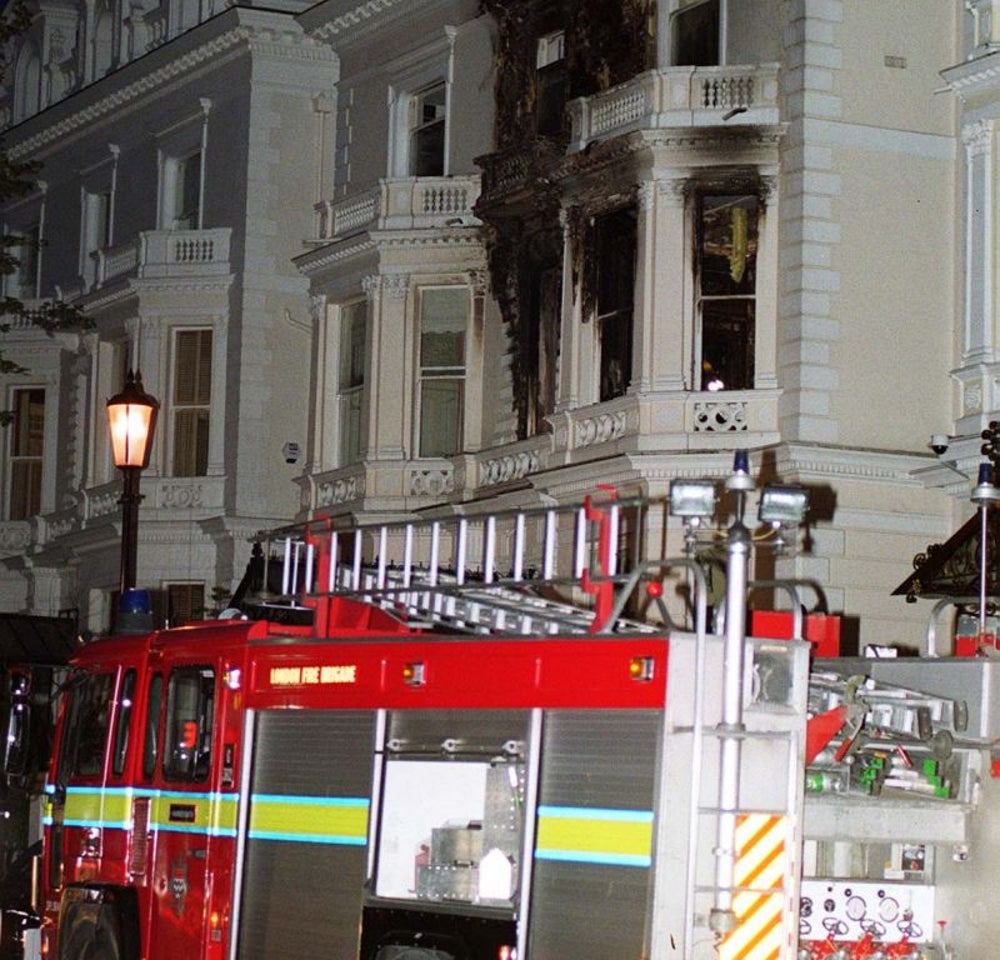 Branson might be cursed with natural disasters -- as he shared in his new book, he’s experienced “more than my fair share of fires.” From his childhood home, his home in Holland Park, his cricket pavilion in Oxford, his trans-Pacific balloon and eventually his home on Necker Island. Then, in 1999, right before Virgin was going to launch a new gym chain, Venture Active, Branson received a call that the first club had just burned down.

However, rather than feeling discouraged, the team came together to rebuild. “It’s easy to feel downhearted in such a situation. Instead, we sought out the benefits. While we began to rebuild, the staff threw themselves into engaging with the community.” 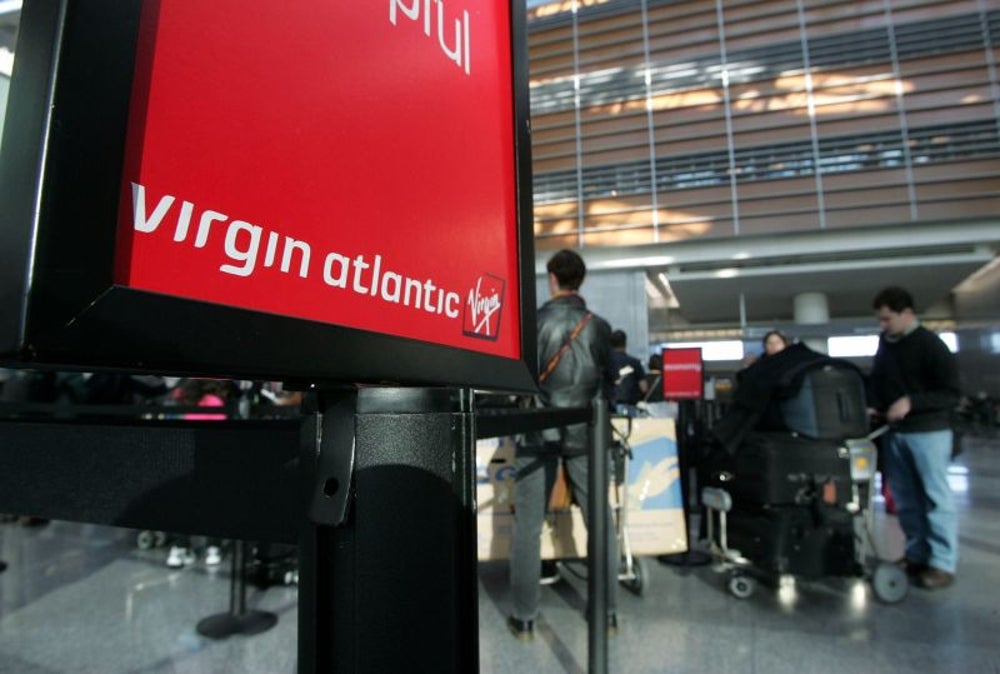 After the 9/11 terrorist attacks, the airline industry obviously took a huge hit. And in order to survive the devastating event as a business, Virgin had to completely transform -- and fast. “That one day changed our business instantaneously,” Branson shared in his book. Phone calls were placed to the U.K. government, transportation security and internal meetings and the company had to lay off more than 1,200 people, cut back on flights and sell branches of the business in order to stay afloat.

Related: Billionaire Richard Branson Credits To-Do Lists as a Key to His Success

Making these decisions within only a few days of the incident, Branson wrote, “There was little choice. In extreme situations like this, you have to move quickly.” While the event affected everyone worldwide, Branson explained the importance of trying to move forward. “It would have been understandable if morale had dropped, but everyone pulled together and worked harder than ever.” 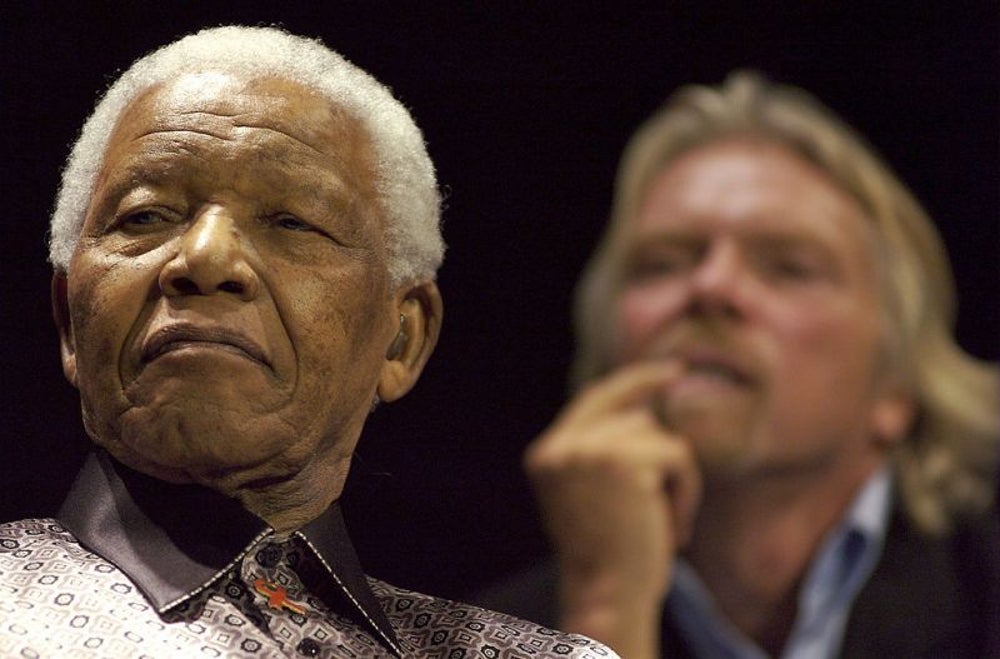 If there's one thing you can learn from Branson, it's how to bring people together. He even says so himself: "If I had to give one reason why I have been fortunate enough to experience some success, it would be my knack of bringing together wonderful people." And Branson proved this to himself after he orchestrated a first-ever meeting between Nelson Mandela and the Dalai Lama.

"We managed to organize it and it was magical," Branson wrote. The meeting also helped to solidify an idea Branson had with good friend and musician Peter Gabriel's of creating a group of influential "Elders" who would speak out about the world's most pressing issues. And even after Mandela retired, Branson proposed that the African icon and his wife Graca spearhead the initiative, in which they proudly accepted.

Learn from your lessons -- and don’t steal other people’s kids. 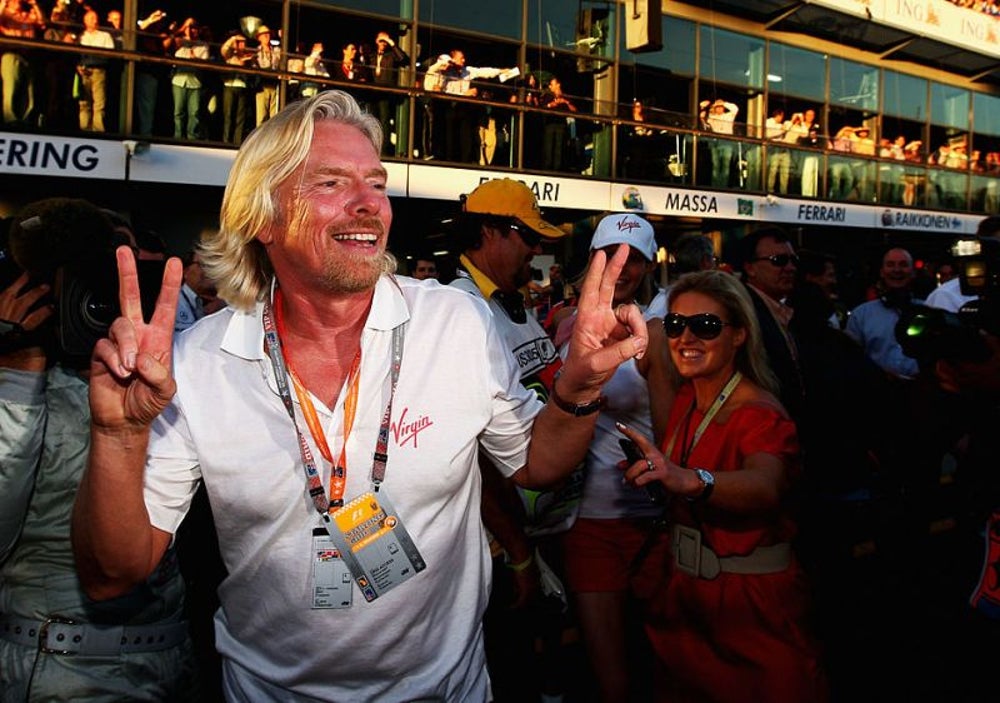 In 2009, Branson was in Melbourne for the Grand Prix. Virgin was sponsoring Ross Brown and his formula 1 team, Brawn GP. Flying to Australia for the event, Branson found himself partying a bit too hard. Celebrating the team's qualification into the race at Nobu, "through a mixture of tiredness, jet lag and drink, I soon found myself very, very inebriated," he shared.

He was later told later that a series of events unfolded: He was asked to take a photo with a couple and their newborn, but the next thing Branson knew he "was on the other side of the restaurant and the parents were chasing me -- I had wandered off with their baby." However, the night didn't end there.

After a fan followed Branson into the bathroom for an autograph, Branson wrote, "turning to face him, completely forgetting I was still relieving myself. ... Before I knew what was happening I had managed to piss all over the guy's trousers."

Learning a lesson, Branson promised to himself: "'That's it,' I said. 'I'm giving up alcohol for six months.' I stuck to it too."