11 Successful Entrepreneurs Reveal What They Learned From Their First Jobs

Your first job might not be your dream career, but it still teaches valuable lessons.
Next Article

Matthew Baker
VP of Strategy with Freshbooks
November 1, 2017 8 min read
Opinions expressed by Entrepreneur contributors are their own.

While the overwhelming majority of people don't start out in their dream jobs, you can learn a lot while earning your first paycheck. First jobs often take us out of our comfort zone, stretching us in ways we couldn't have anticipated and helping to shape our path forward. They can also teach us invaluable lessons about ourselves, how to work with different personalities and how to solve problems on the fly.

For example, Mary Barra started out as a quality inspector on the General Motors (GM) assembly line before going on to become the company's first female CEO, and she says her time on the line helped her really value the people who did that role for the company.

I asked eleven successful entrepreneurs about the lessons they learned while earning their first paycheck. Start the slideshow to learn what they had to say.

Appreciate the jobs that fulfill you emotionally. 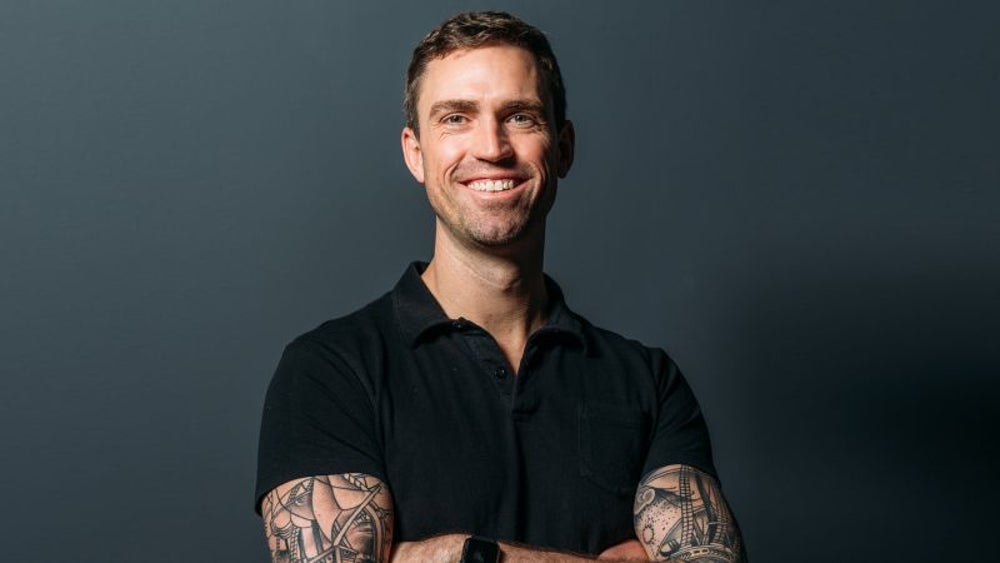 "I got a minimum wage job in a windowless chemistry lab where I had to wear a full-body protection suit and clean glass beakers with acid. It was mind-numbingly boring. It was painful and low-pay. The most important thing I learned was an appreciation for any job that would be fulfilling emotionally. I really wanted a job that had direct positive impact on people's lives and without that, I couldn't be happy." -- Ryan Carson, TreeHouse CEO and Founder

Make the most of limited resources. 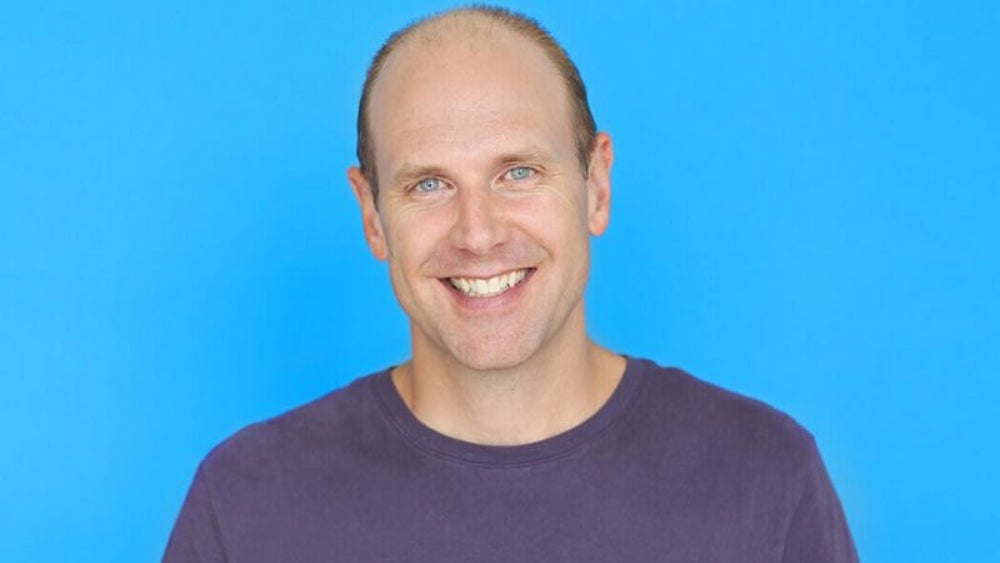 "During high school, I spent my summers as a camp counselor taking a bunch of kids on canoe trips, some as long as 40 days. I learned a lot about teamwork and making the most of limited resources -- only so much can fit into a backpack, and a lot can go wrong when you're out in the backwoods for weeks at a time. I also learned a lot about perseverance and hard work -- there are no shortcuts on great journeys.

"There are a surprising number of parallels between being a camp counselor and building your own business. The attributes that help you survive in the woods are the same attributes that will help you be successful as an entrepreneur." -- Mike McDerment, FreshBooks CEO and Co-founder 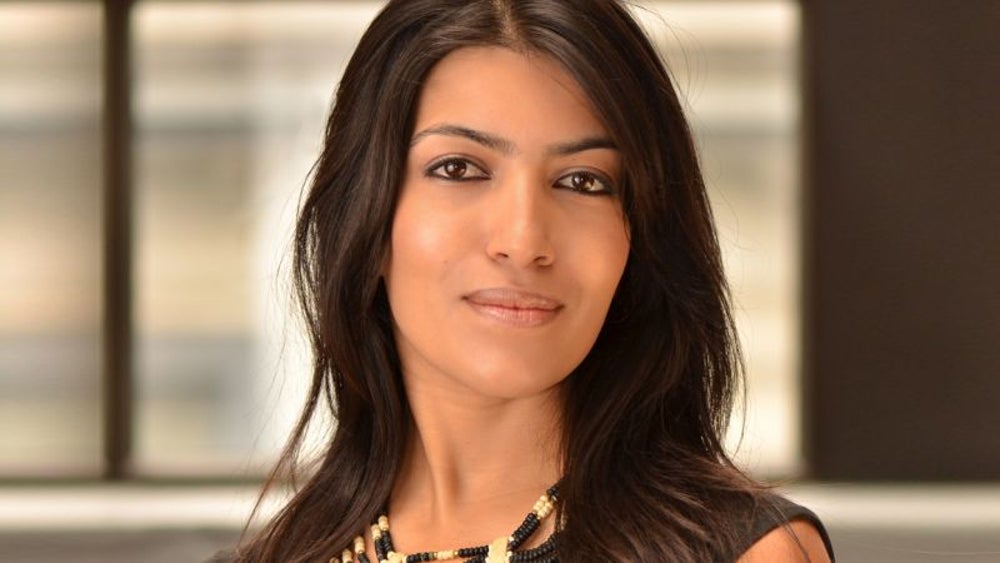 "My first job was a secretary position at a legal firm in downtown Los Angeles. The head secretary ended up quitting a couple weeks after I started so I was given a lot of responsibility, essentially managing an office of 12 lawyers. I learned how to use Outlook and Excel, how to work in a corporate environment and manage my time, how to be diplomatic and deal with tough clients.

"It also taught me my own worth, that I was capable of earning a real salary. As a young person (I was still in high school), I realized age didn't matter as much as work ethic and ability. Also, the firm had a female partner. She was a very talented lawyer and reminded me I could do anything I wanted." -- Leila Janah, Samasource CEO and Founder 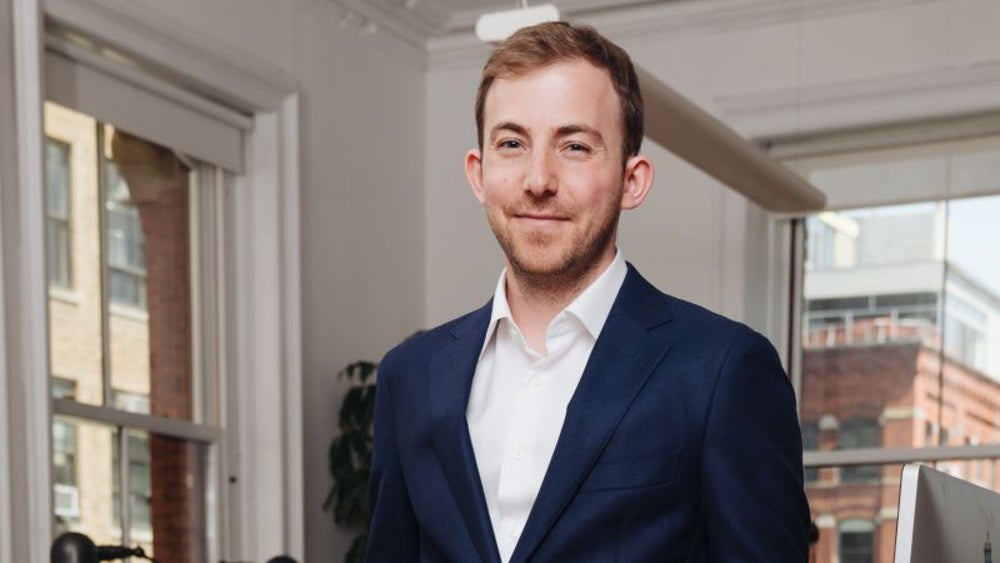 "My first three 'real' jobs taught me a lot. As a second year university student, I worked with Mezzanine Consulting. I was given tons of autonomy there, and it taught me to figure things out and have confidence. After that, I worked for the photography company Blacks, with John Kelleher. He taught me about what a winning mindset looks like -- about really thinking big and setting huge aspirations. That was a really important influence, and the idea of thinking really big is something I often speak about now. And the job I had before joining my first startup, 1000memories, was at McKinsey. Working in that environment taught me a lot about how to solve problems." -- Mike Katchen, Wealthsimple CEO and Founder

Work with people who support your ideas. 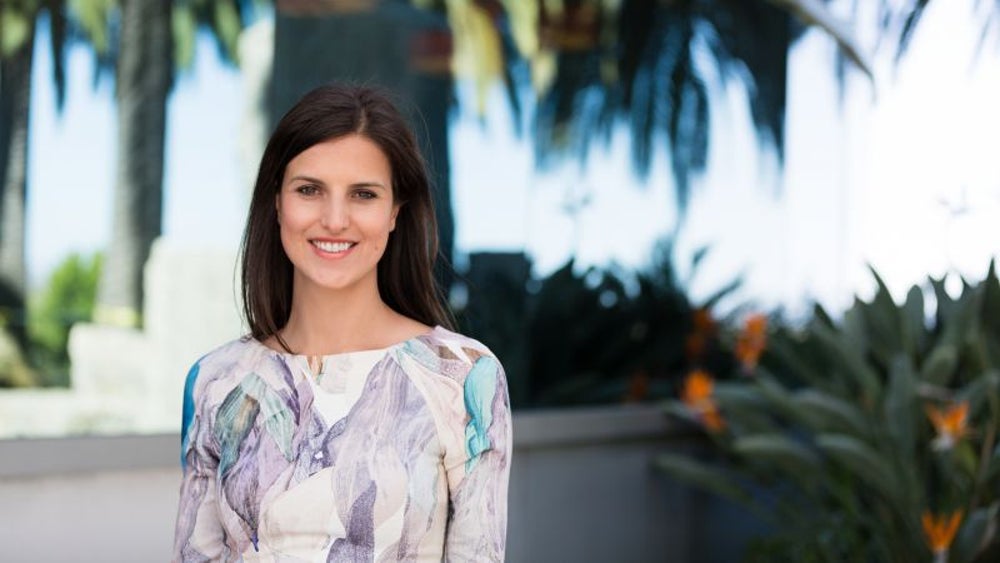 "Early in my career, I worked at an industrial supply distributor with a well-known operations management program. My job was to move from department to department, manage teams and make things better, faster, cheaper. Based on my belief that happy, motivated employees do good work, I launched an initiative that allowed people to listen to music while doing manual labor.

"This was not well-received by senior management. The head of my branch held a big meeting and called my initiative a 'fluffy business school idea' with no merit. I had never been so humiliated in my life. I got through the meeting, cried for about six hours straight and resolved to find a company better aligned with my intuition. This was 2007 -- right when Google was named the No. 1 best place to work, in large part because of its innovative approach to motivating employees. I jumped at the chance to work there and haven't looked back. This was a formative experience for me because it helped me clarify what kind of organizations I'm willing to join and what kind of leader I want to be at Upstart." -- Anna M. Counselman, Upstart Co-founder and Head of Operations 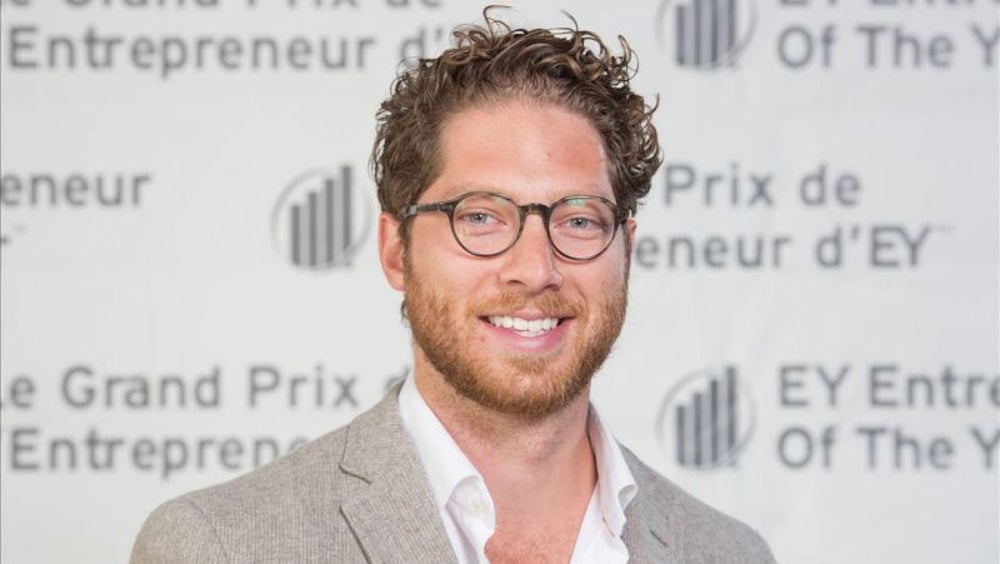 "Before working anywhere formal, I sold firecrackers to friends at school. My grandfather was the importer. I guess I was the supplier. Thanks to the fact that I didn't have any supply costs (they were an annual gift), my margins were infinite (but the supply was finite). I guess I've always been an entrepreneur -- this experience taught me how to sell." -- Michael Litt, Vidyard CEO and Founder

Work hard to get ahead. 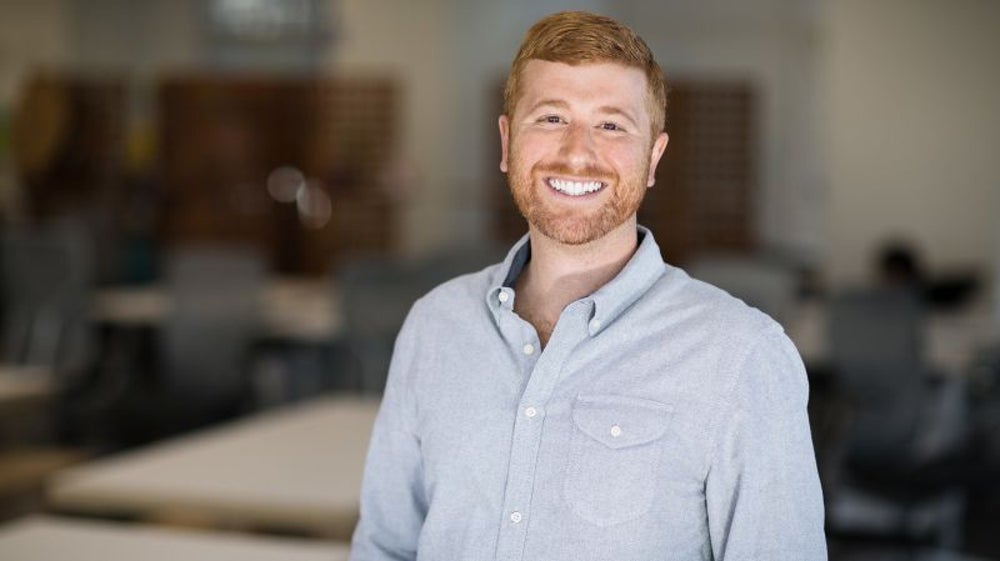 "I landed my first full-time job in investment banking in the finance world. It taught me how to work hard, as I was working 80-100 hours a week. I learned the importance of attention to detail in a place where I had to make sure I do work well, accurately and quickly. I learned best practices when it came to communicating professionally -- as an investment banker, you're dealing with CEOs, management teams and bosses. To be able to communicate well over email, phone and in-person was something that was drilled into me. And of course, it taught me a bunch of finance skills, which was helpful for running a fin-tech company." -- Bill Clerico, WePay CEO and Founder

Don't be afraid to ask for something. 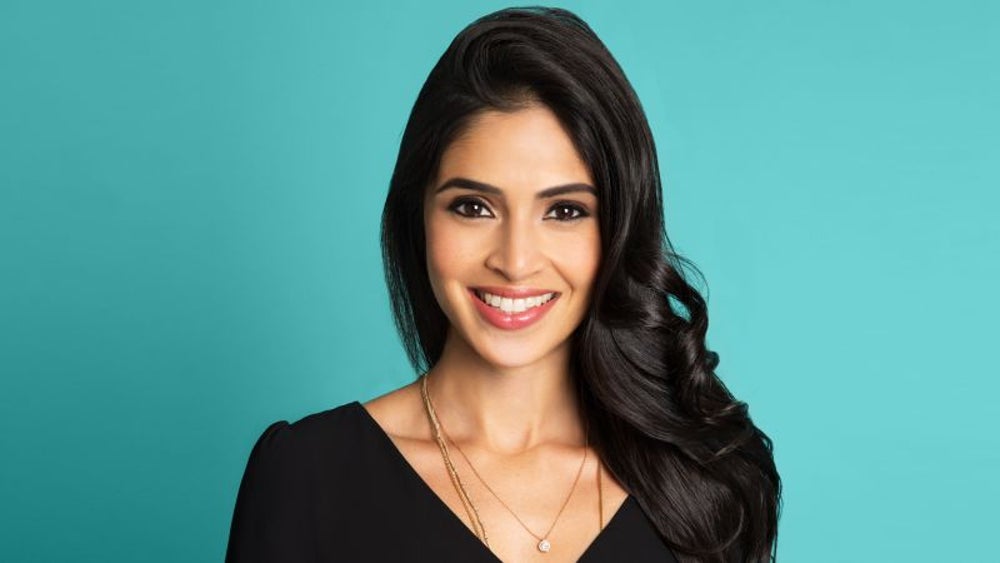 "My first job was doing telemarketing research, which taught me to be confident and persistent on the phone and never be afraid of asking for something." -- Payal Kadakia, ClassPass Founder and Executive Chairman 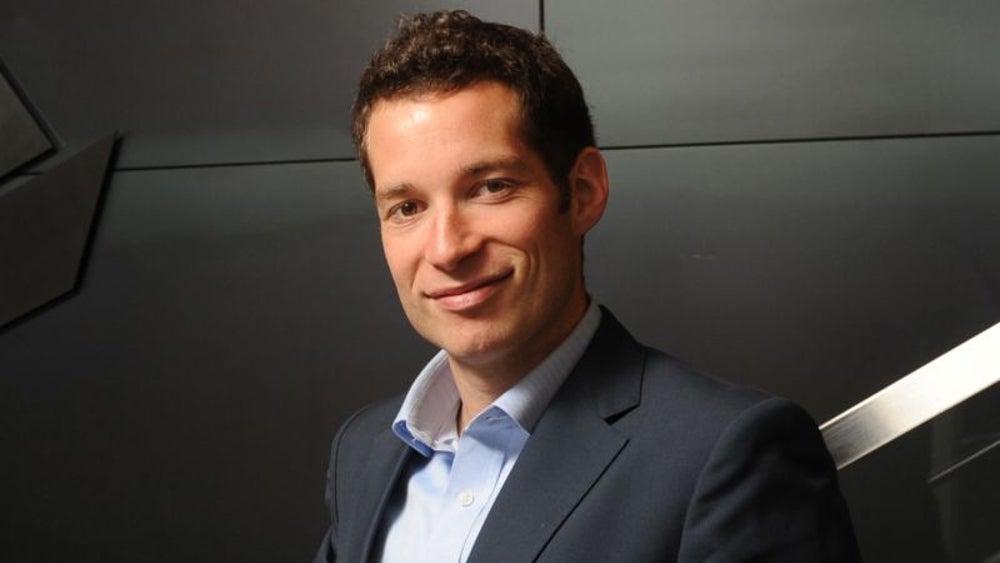 "My first job was at our family furniture store. As a small business, our customers were our most important asset, and this is where I learned the value of putting the customer first. There is nothing more critical in building a successful business than creating long lasting relationships. At my family store, we sent hand-written notes to each customer for feedback on their experience with us. This insight allowed us to make changes that ultimately lead to loyal customers and repeat business. This is absolutely something I have taken with me and putting customers first is cental to what we do at AppDirect." -- Daniel Saks, AppDirect Co-CEO and Founder 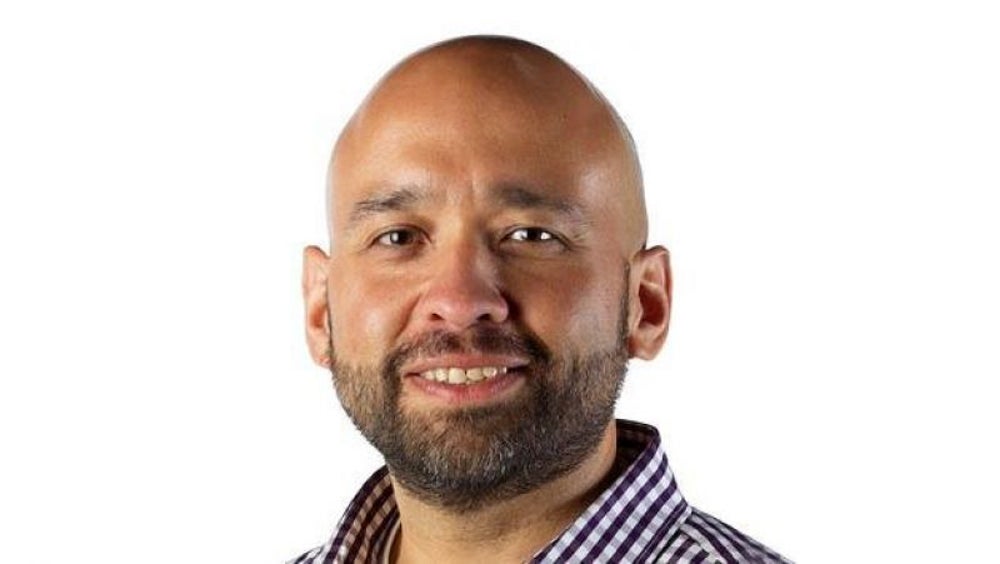 "I had a bunch of different jobs when I was growing up (in Queens), but the one that's been the most influential was a warehouse job I had before going to college. Right away, I was put in a management role, and the owner took me under his wing. It wasn't easy. He was stern, and he'd push me to take on new challenges. He'd let me fail at times so I could learn from it, but I'd still have to own that failure. Looking back, that experience prepared me for becoming an entrepreneur, and the leadership lessons I learned there -- autonomy with accountability -- continue to influence my management style." -- David Cancel, Drift CEO and Founder 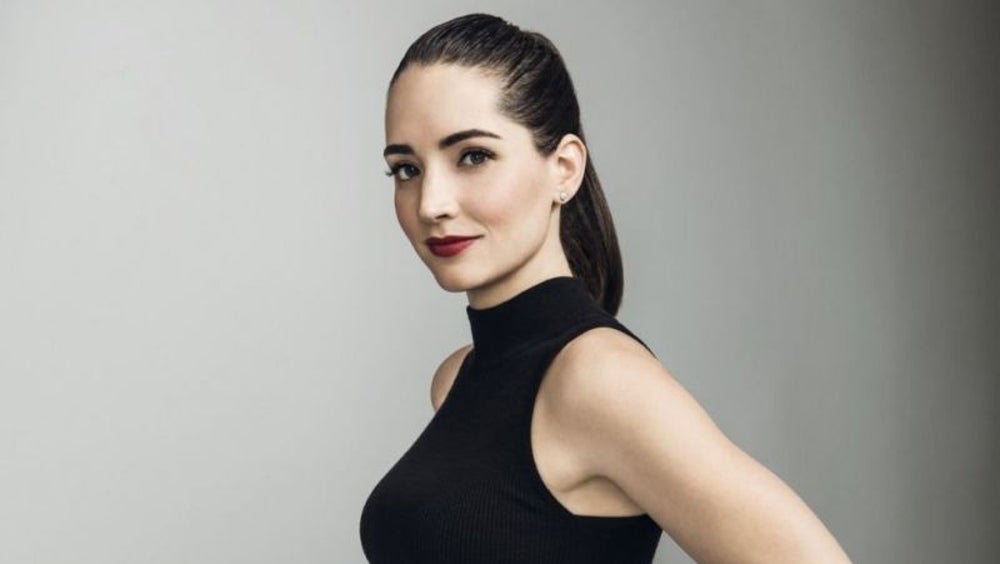 "After college, I worked at McKinsey, which is an excellent boot camp to start your career. The level and quality of work we did set the bar for the rest of my career. Details matter and people notice when you care. It's easy to clock in and out, but when you work at an institution like McKinsey, you realize that no one wants to clock out until the work is at a level they're proud to present to a client. We try and instill that in the team at Alfred. Be proud of your work and imagine everything you're doing not only has your name on it, but is also being made public. We encourage everyone to take ownership and pride in everything we do as a team." -- Marcela Sapone, Hello Alfred CEO and Co-founder

The 5 lessons that the Titanic left us to face crises

Skip the Avengers: Why Entrepreneurs Should Watch 'Black Panther' Again Instead