Words of wisdom from a rock icon on how to navigate success and stay true to yourself.
Next Article

Bruce Springsteen’s life has been an American classic, a rags to riches story of a quirky small town boy whose passion lead him down the path to stardom. The wisdom he gleaned along the way means he has more to offer than just the lyrics and riffs he’s known for, but advice and perspective for entrepreneurs everywhere.

Bruce Springsteen’s life began far outside of the limelight, spending his childhood among a working class family and community of Long Branch, N.J. An outsider and frequent troublemaker in his town and at Catholic schools, Springsteen recalls memories like being stuffed under nuns’ desks as punishment and his fraught relationship with his father in both interviews and lyrics alike.

Related: 'The Godfather' Meets Bruce Springsteen -- How This CEO Aims to Give You a Severe Case of Cultural Whiplash

However, Springsteen’s music is filled with rich imagery and appreciation for these tumultuous roots, a reflection of the singer’s choice to use his experiences to lift him up rather than weigh him down. He thinks of his lyrics as the most impactful pieces of his creative career, his poetic style often granting him comparisons to figures like Bob Dylan. a way to intertwine the pasts and presents of not only himself, but Americans all over the nation. Now worth $460 million, Springsteen is considered a legend in the music industry.

Success did not come immediately, however. Slow record sales followed his first two albums with the E Street Band, Greetings from Asbury Park, N.J. and The Wild, The Innocent, and the E Street Shuffle. While both were critically acclaimed by critics, public enthusiasm trickled. It wasn’t until his breakout work, Born to Run, that Springsteen’s career took off. After over a year of meticulous perfectionism in the studio that he would soon become known for, Bruce’s lyrics touched the hearts of Americans of all ages, and was followed by an astounding 18 more studio albums.

Now with 20 Grammy wins and almost 50 nominations, Bruce Springsteen has been named one of America’s most iconic rock musicians and was awarded with the Presidential Medal of Freedom by Barack Obama. With a career spanning more than three decades, “The Boss” knows how to sustain a career and an audience.

Check out these 10 Bruce Springsteen quotes to take a glimpse into the iconic artist’s tools for success. 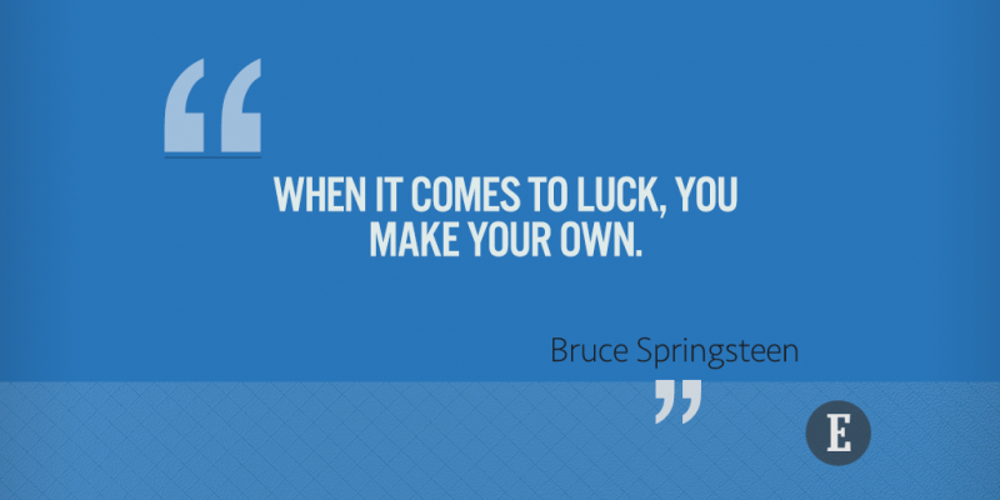 “When it comes to luck, you make your own.” 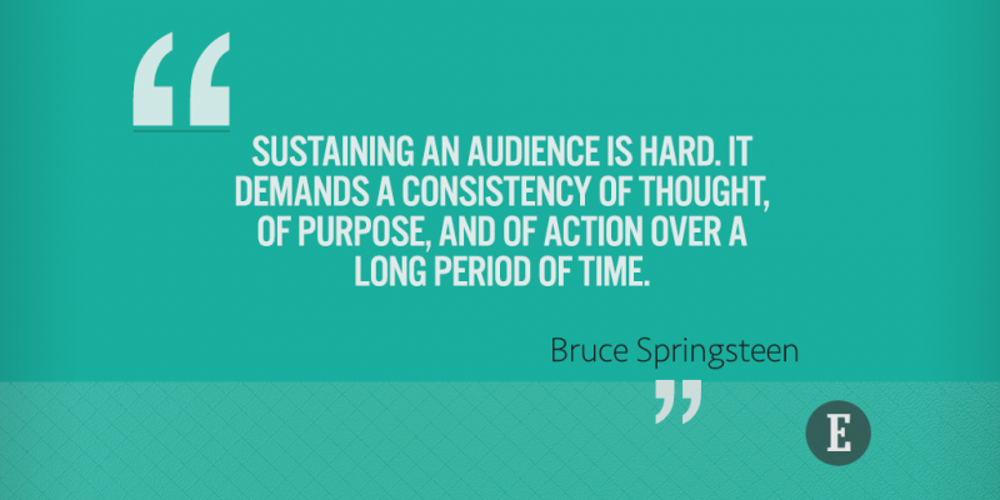 “Sustaining an audience is hard. It demands a consistency of thought, of purpose, and of action over a long period of time.” 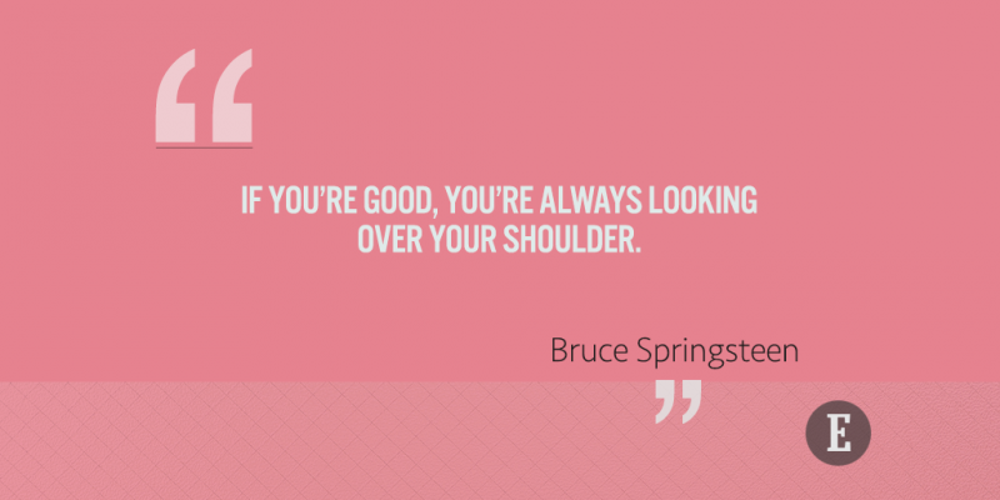 “If you’re good, you’re always looking over your shoulder.”

Related: 10 Entrepreneurs Share the Worst Advice They Ever Received 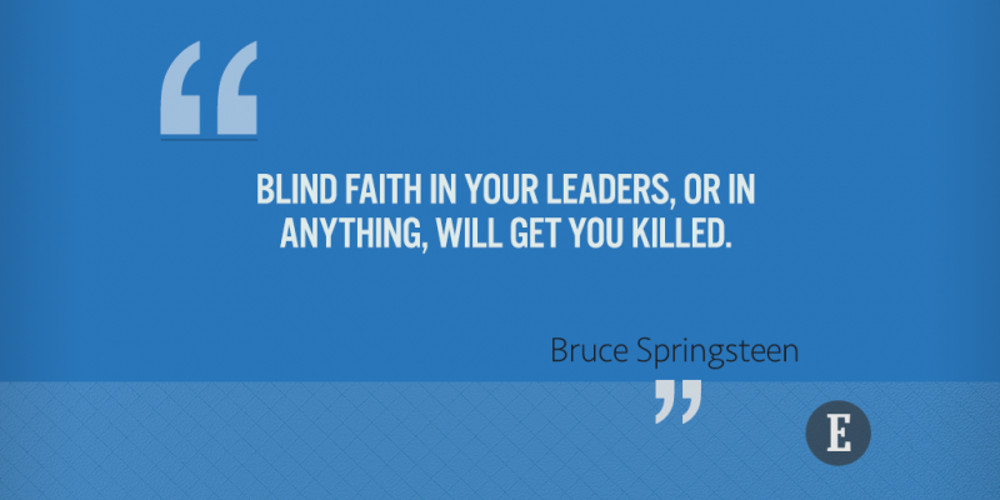 “Blind faith in your leaders, or in anything, will get you killed.” 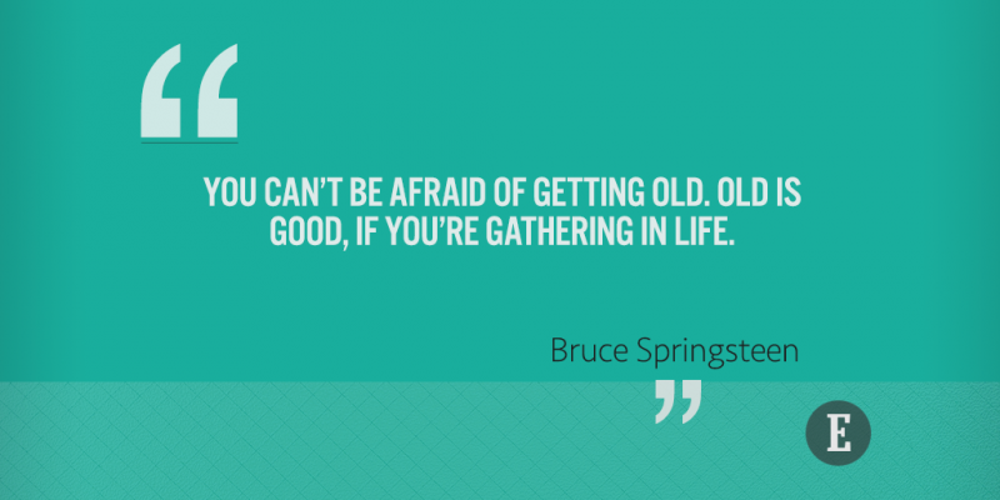 “You can’t be afraid of getting old. Old is good, if you’re gathering in life.” 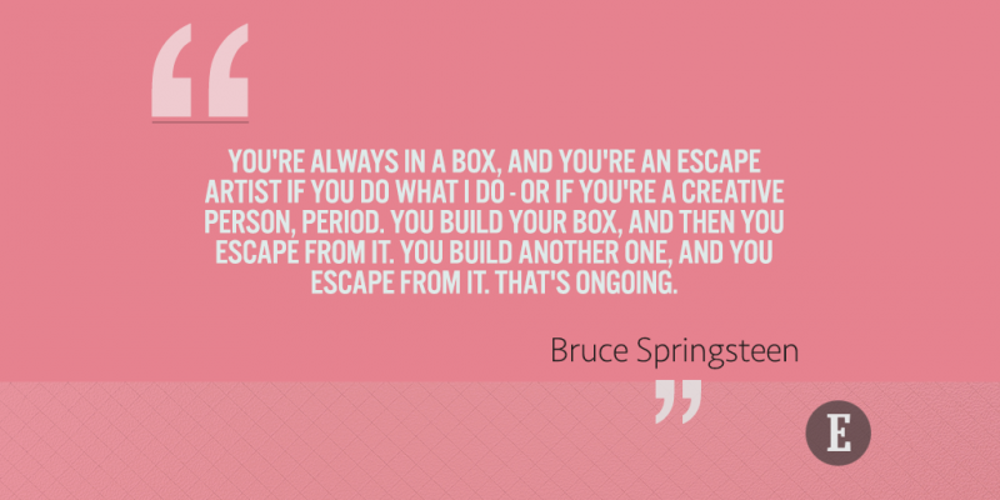 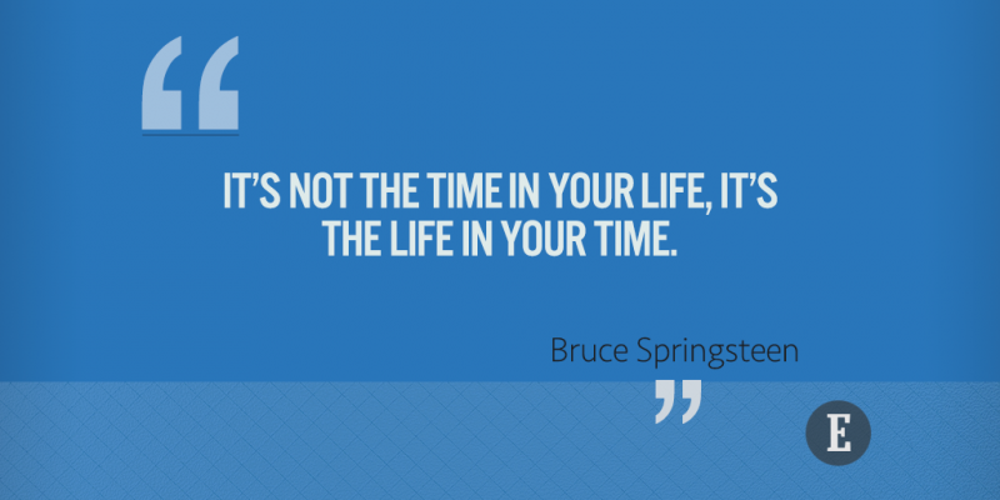 “It’s not the time in your life, it’s the life in your time.” 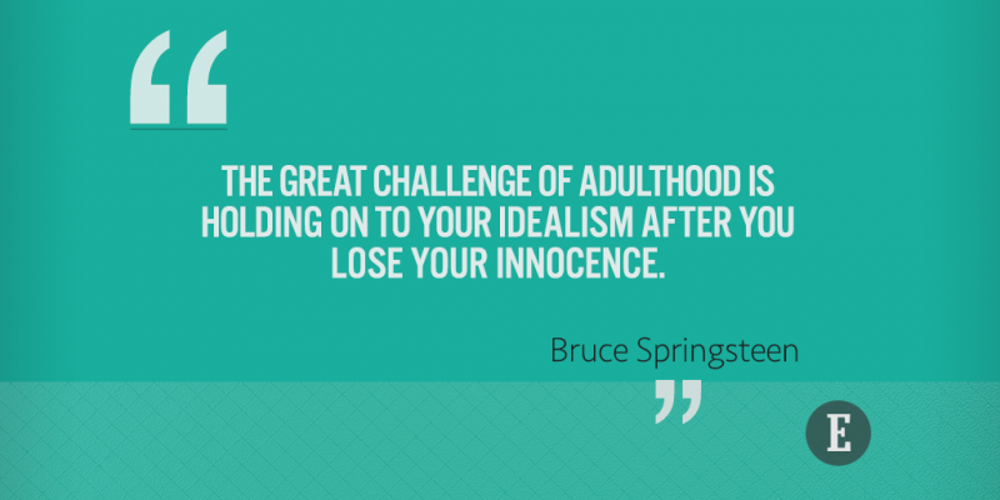 “The great challenge of adulthood is holding on to your idealism after you lose your innocence.”

Related: What To Do When Your Ideal Customer Isn't Who You Expected 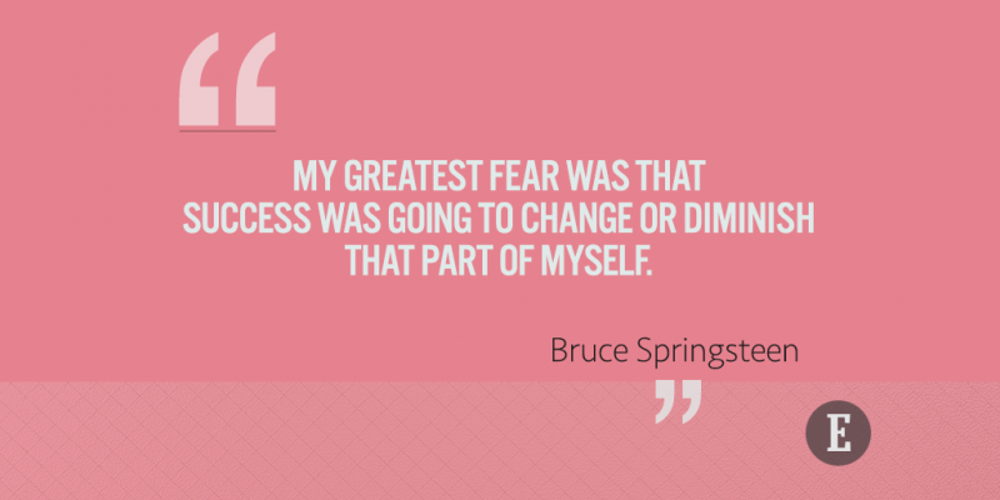 “My greatest fear was that success was going to change or diminish that part of myself.” 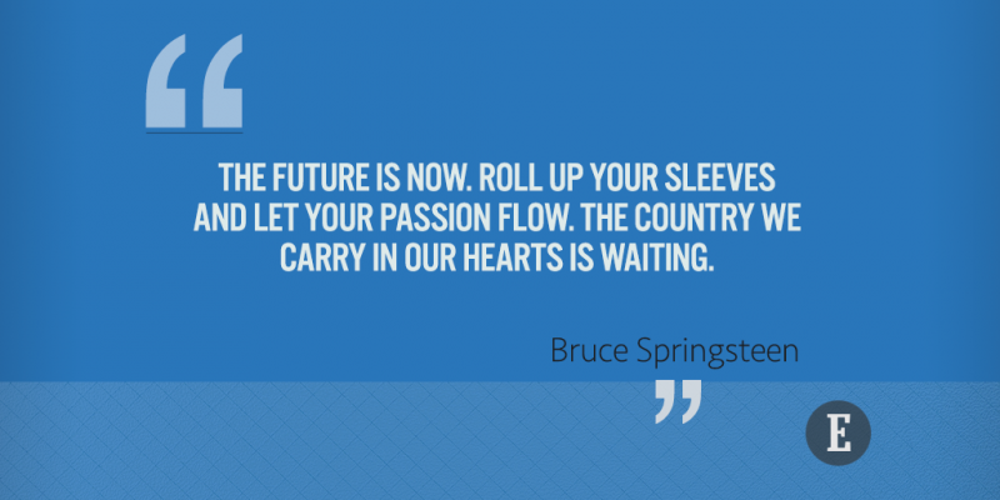 “The future is now. Roll up your sleeves and let your passion flow. The country we carry in our hearts is waiting.”