What Do Elon Musk, Oprah Winfrey, Warren Buffett and Other Business Titans Have on Their Desks?

Which one of these power players doesn't have a computer?
Next Article

What’s on the desks of business titans such as Elon Musk, Sheryl Sandberg and Oprah Winfrey? We can envision various possibilities -- like hidden bottles of Scotch and a dog-eared copy of Sun Tzu’s Art of War. Or stress balls and aromatherapy candles.

Take a peek at the desks of these nine business moguls and their must-have desk items.

Related: How Does Your Parenting Technique Compare to Elon Musk's, Sheryl Sandberg's and Jeff Bezos'? 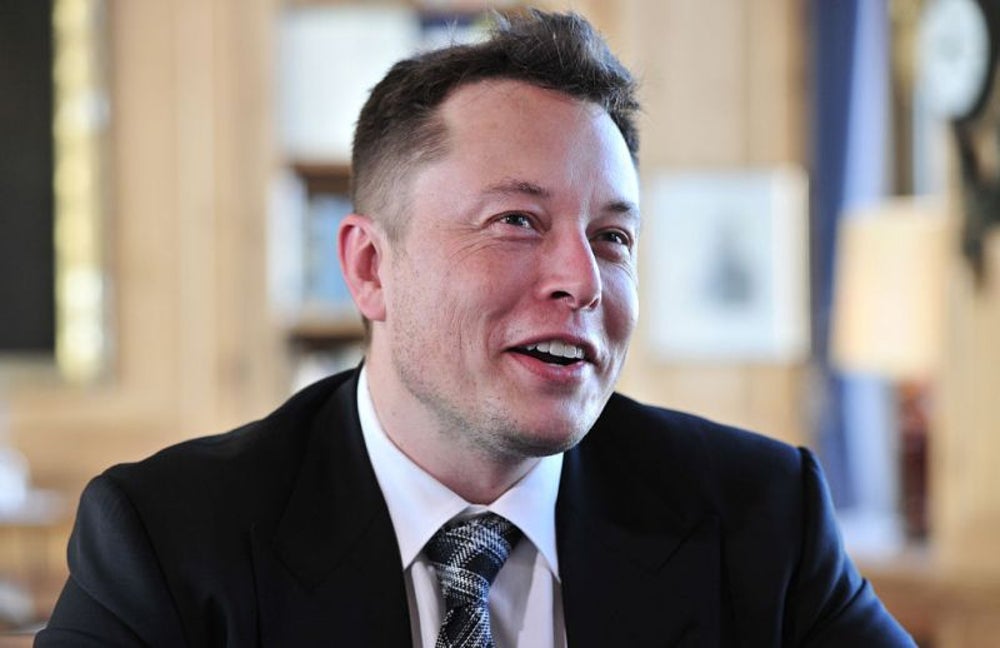 There’s nothing too out of the ordinary about Musk’s desk at SpaceX headquarters in Hawthorne, Calif., although the desk setup appears as though he’s clearly thought it through. Musk has a corner desk with a stack of books, a model of a rocket ship and his computer, rather neatly laid out, facing the window. Another empty desk sits on the other side of his chair, so he can swivel around from his computer and hold meetings. 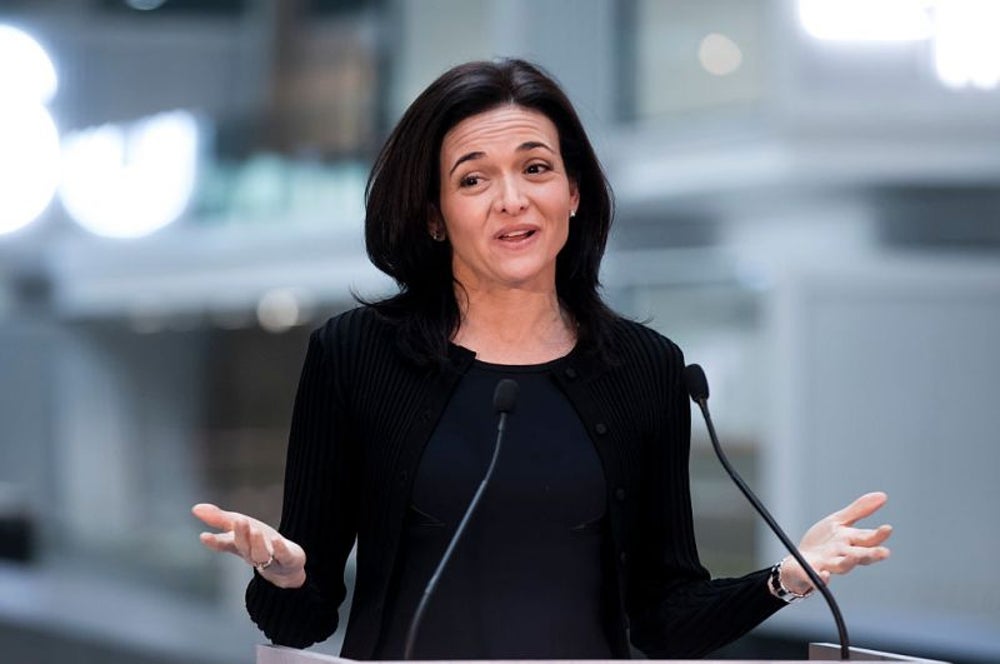 Like everyone at Facebook, including Mark Zuckerberg, Sandberg has an open-plan workspace. However, the COO spends the majority of her days in meetings in one of the conference rooms, where she makes her makeshift desk at the head of a table, according to a 2015 article in the Chicago Tribune. Some of her personal effects on the table? Lip balm, hand weights, a jumbo Diet Coke and a rubber physical-therapy rod that she uses to treat the wrist pain she developed while writing Lean In. 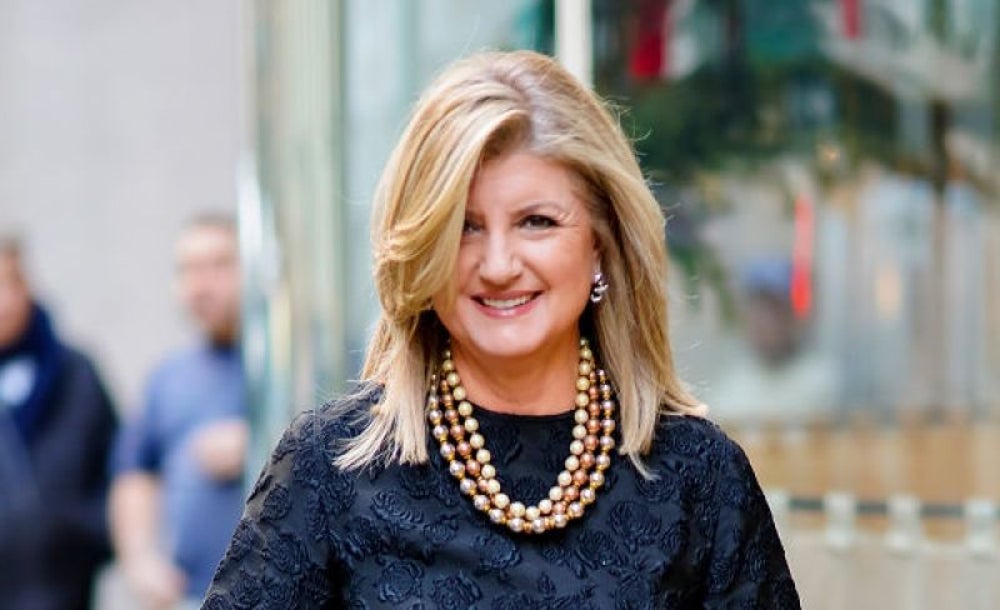 Huffington works from her home in New York City’s Soho and the Thrive Global offices -- also in Soho. At the offices, the founder of Huffington Post says, “At our offices, all the desks can be adjusted to become standing desks, and we also have a treadmill desk and a nap pod.”

At home, the sleep advocate purposefully set up her desk so that it’s far from her bed. On her desk are several high-end ceramic bowls with bird designs to contain Post-its and paper clips, as well as a lacquered box with a lid, which she uses to hide her packed appointment book. “I hide the whole mess to forget about it,” she told the New York Times. 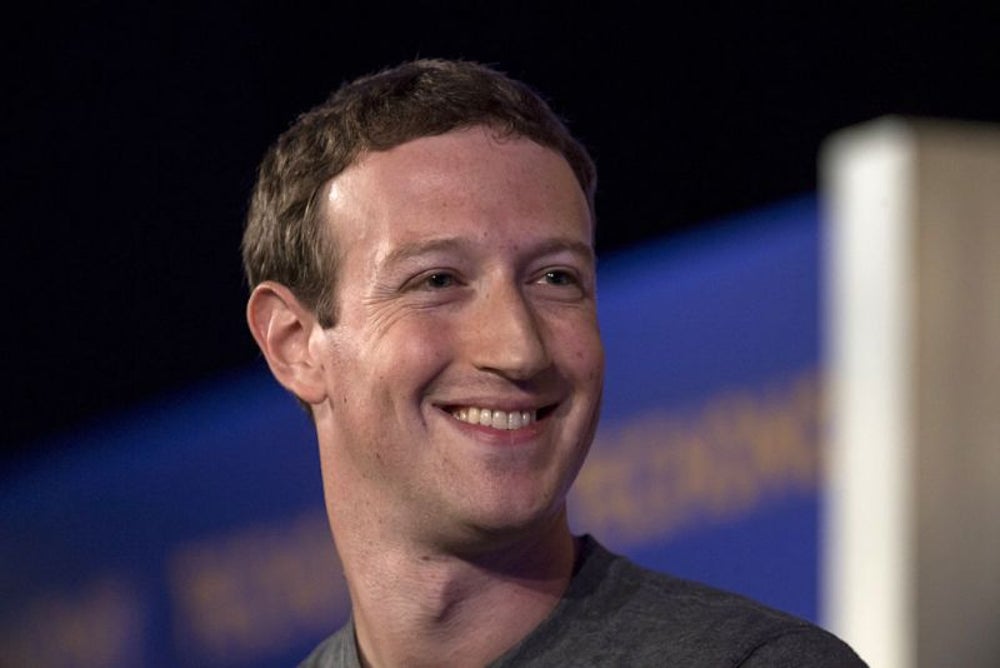 Zuckerberg sits at an open-plan desk, as seen in a Facebook Live video from 2015 where the CEO provides a tour of the new Facebook headquarters. While his desk today would possibly feature photos of his two young kids, his desk from 2015 featured regular items: A stack of books he was reading for his “Year of Books” challenge, a MacBook and wireless speakers, some Facebook logo items (a T-shirt and a stuffed blue dinosaur) and -- oh yes -- a model of the satellite AMOS-6 that Facebook was working on. (It got destroyed as part of the payload on a failed SpaceX launch in 2016). 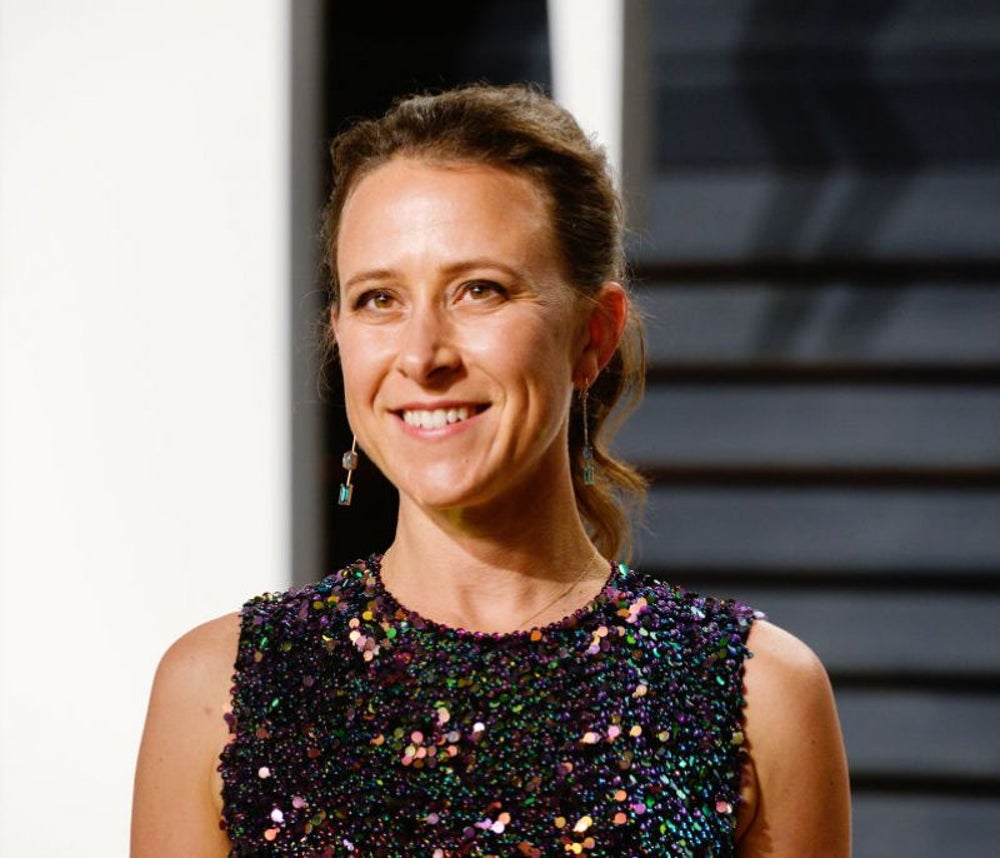 The DNA entrepreneur doesn’t use her desk that much, so her desk is wherever she and her laptop are. Wojcicki has mentioned her love of working from anywhere but her desk, such as at cafes (she owns a farm-to-table cafe in Los Altos, Calif., called Bumble). While she has an open cubicle in office headquarters, you likely won’t find her there. She tends to tote her laptop to work from the employee snackbar or hop from office to office, in closed door meetings. 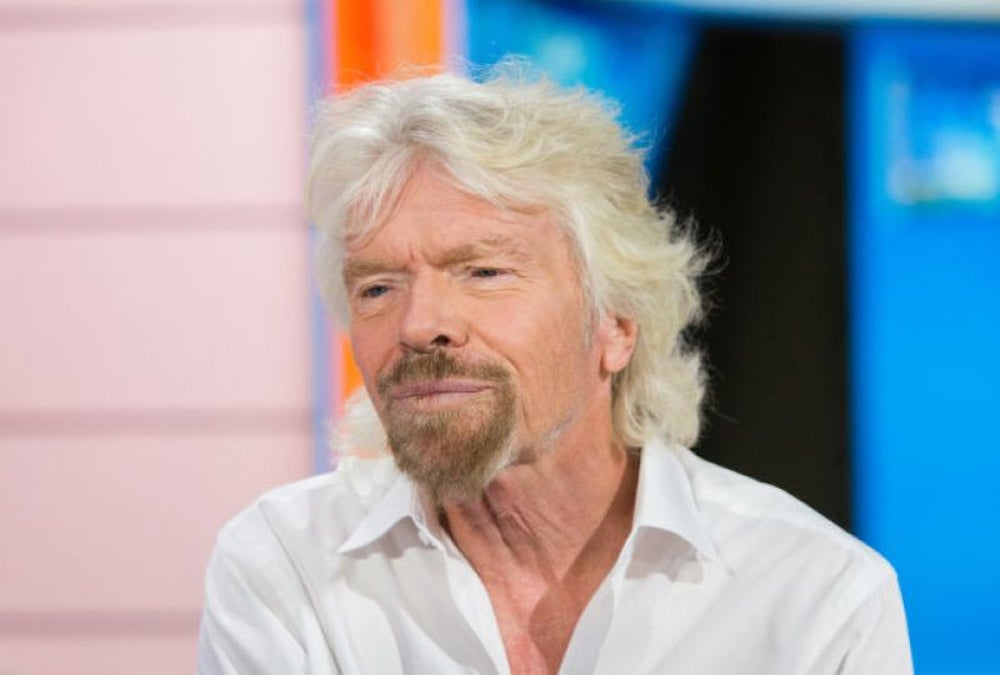 Branson isn’t into desks or office settings. He plays it fast and loose and likes to be in informal settings (like his privately owned Necker Island) with employees and collaborators to stage conversations. His version of a “desk” is working from a hammock or bath tub. Branson really supports workplace flexibility for Virgin Group employees. 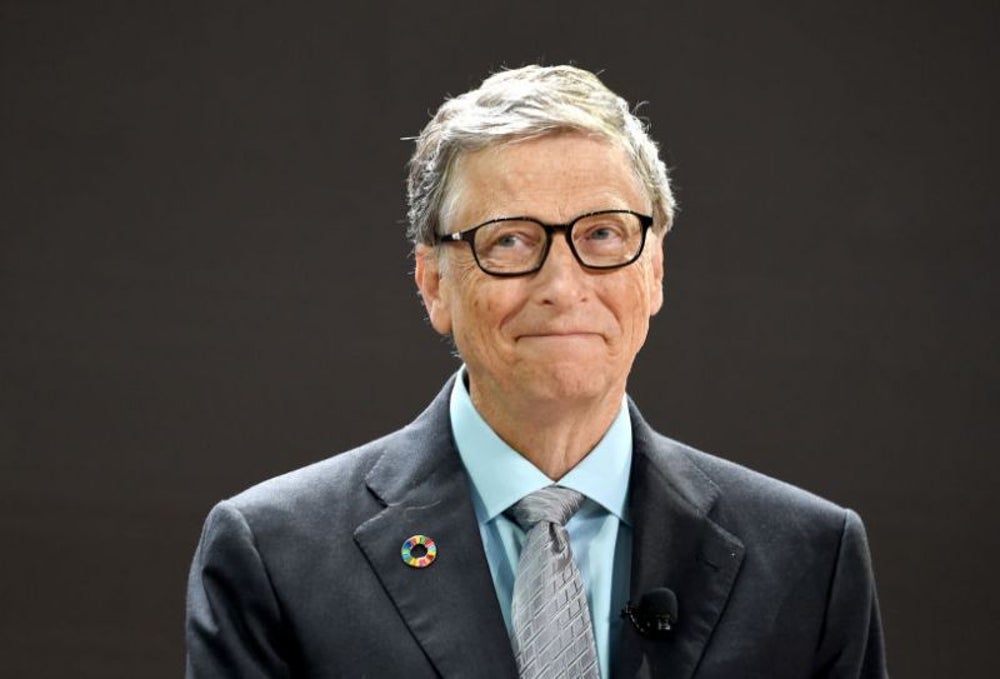 Back in 2006, Gates was still the CEO of Microsoft. His desk was spartan, without papers and books, reflecting his digital work style of the time. On his desk, he kept three computer screens that were “synchronized to form a single desktop,” which significantly boosted productivity, Gates said. 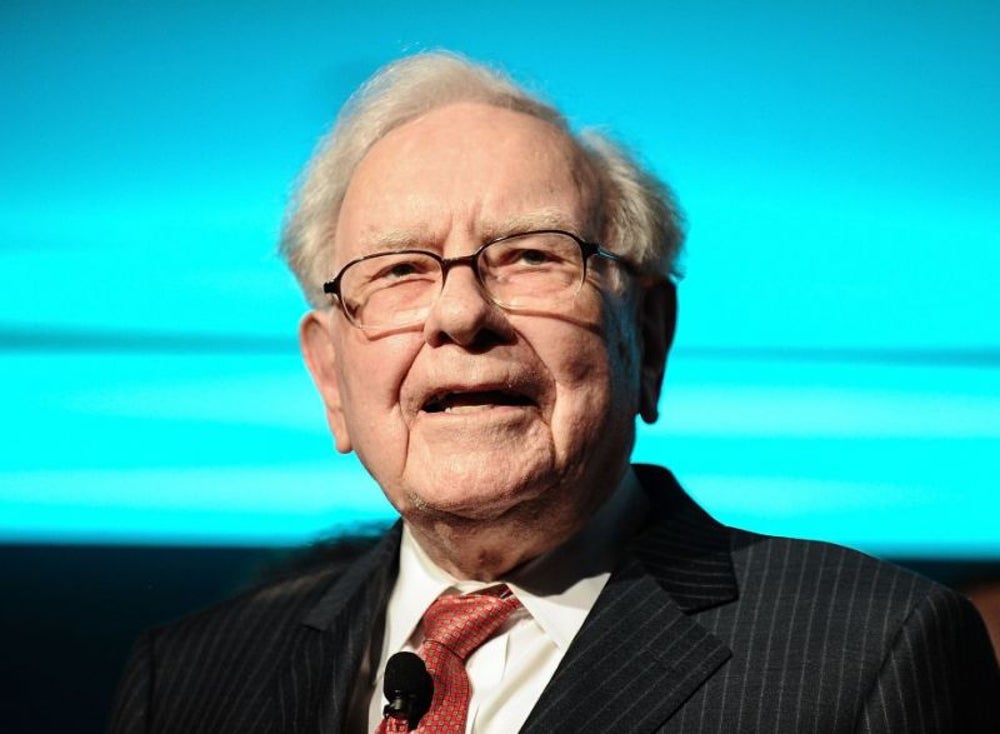 Buffett’s desk reflects his attachment to the past and doing things the old-fashioned way. His desk has a landline he uses for the majority of his business transactions, and he doesn’t have a computer. Even the desk is old -- it’s his father’s desk, which is more than 80 years old. His desk also has a model train that used to belong to his father. It’s clear Buffett’s father, an investor and politician, holds a dear place in the Oracle from Omaha’s heart. He told CBS News:

“I never saw my dad do anything in his entire life that you wouldn't feel good about being on the front page of the paper. He gave me unconditional love. He supported everything I did. He was a terrific human being.”

Related: I 'Hot Desked' for a Week, Switching Desks Each Day. Here Were the Two Big Benefits.

Oprah, founder and CEO of OWN 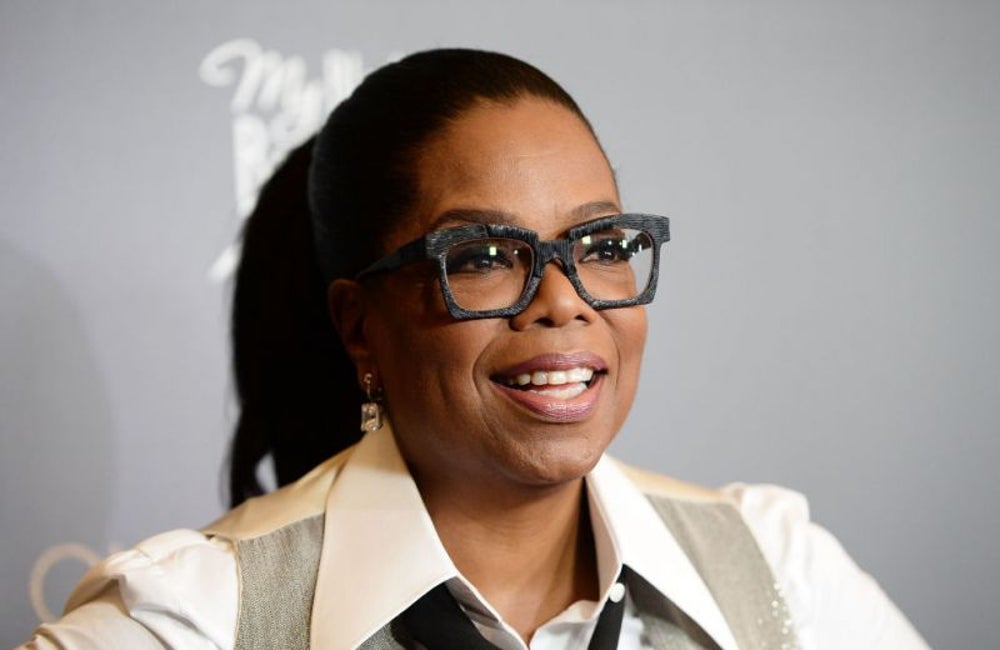 Oprah Winfrey made the transformation from talk show host to running her own media network from her offices in Los Angeles, Calif. Not surprisingly, Winfrey’s desk is neat and immaculate and features reminders of her success, including one of her 18 Emmys and a photograph of her with Nelson Mandela.

Related: Working at Your Desk All Day Could Be Killing You 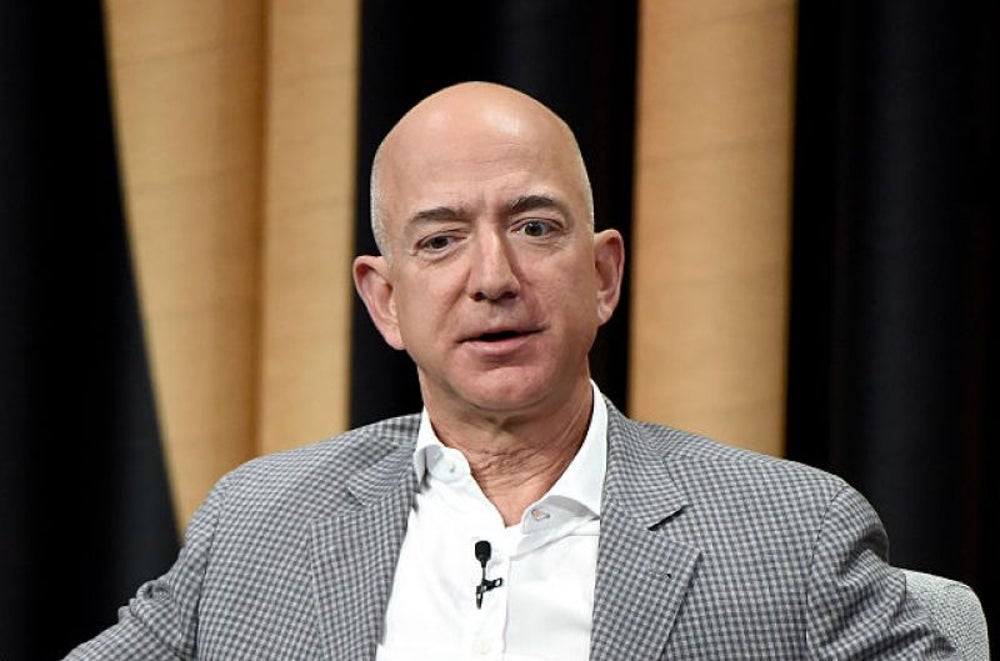 Bezos has a reputation for frugality in running his business, and his choice of desk reflects that. In 1994, when Amazon first started, the ever-resourceful Bezos created a makeshift desk out of a door. These desks "became a popular staple within the company years after it went public, and remained 'the quintessential example' of Amazon’s frugality, ex-employee Greg Linden explained in 2006," reported Fortune.

Related: Infographic: The Evolution Of The Office Desk

6 Bad Habits You Must Break to Succeed

The 15 Characteristics of People Who Succeed at Sales