11 Oprah-Approved Books Every Entrepreneur Should Read

Here are some books to jumpstart your year.
Next Article

In 1996, Winfrey launched Oprah’s Book Club on The Oprah Winfrey Show. Since its beginnings more than two decades ago, it’s only grown in prestige and popularity. Winfrey has expressed her love of books not only through the book club but throughout her career during interviews, speeches and in written articles. When it comes to entrepreneurship and business, considering her wildly successful career, who better to take note from than Winfrey.

So, if you’re in search of a great book to kick off your year, here are 11 Oprah Winfrey-approved books every entrepreneur should read.

"Behold the Dreamers" by Imbolo Mbue 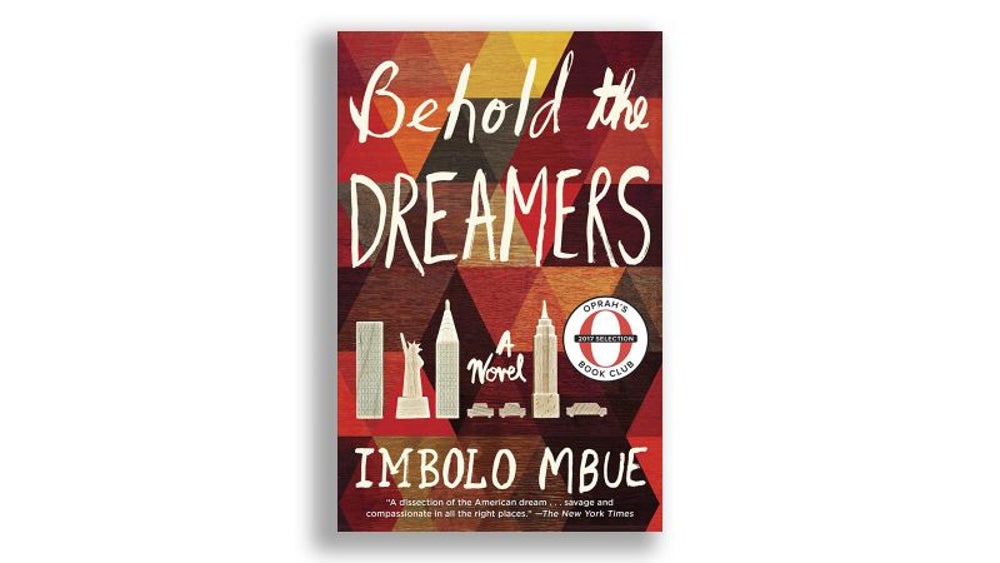 Image credit: Random House
Whether you’re an entrepreneur, a student or a corporate executive, it’s important to be prepared for anything that might come your way. From minute challenges to major hardships that turn your world upside down, entrepreneurship can be a roller coaster. As the most recent book to land on Winfrey’s Book Club reading list, Behold the Dreamers by Imbolo Mbue is a fictional novel about a Cameroonian couple, Jende and Neni Jonga, who immigrate to New York City just before the 2008 financial collapse. Jende and Neni find stability as Jende becomes the driver to a partner at Lehman Brothers, however once the recession hits, the Jongas are faced with major challenges and have to make tough decisions.

"The Seat of the Soul" by Gary Zukav 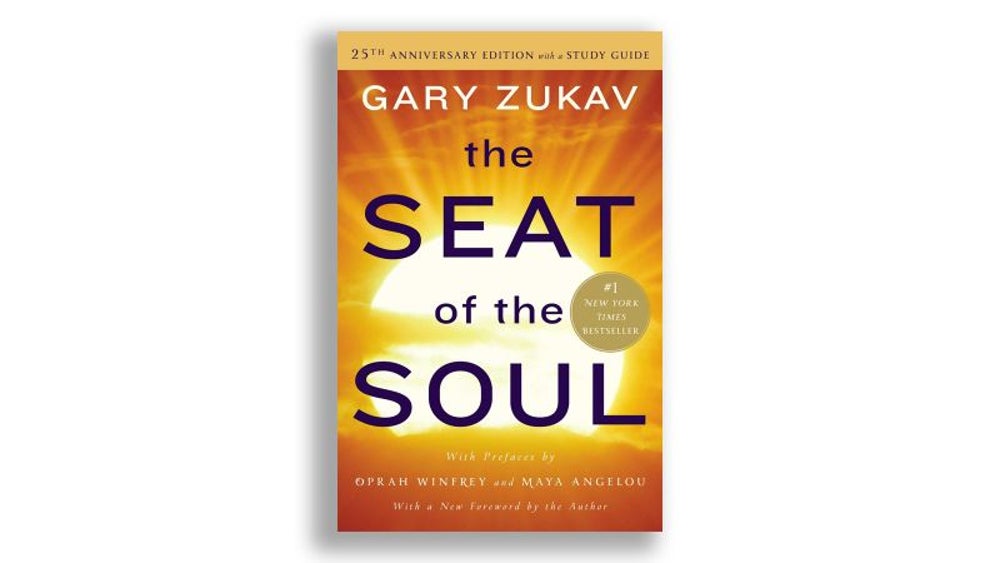 Image credit: Simon & Schuster
In her June 2017 commencement speech at Skidmore College last spring, Winfrey spoke about a book that changed her life: Gary Zukav’s The Seat of the Soul. The book, which now has prefaces written by Maya Angelou and Winfrey herself, is an inspirational, thought-provoking guide on how to take control of your life. Outlining the phases of actions and how to understand your own power, Winfrey shared during the address: “In it, [Zukav] talks about how every action is followed by a reaction, which we all know is the third law of motion in physics. But he also said, before there's even a thought or an action, there is an intention.”

"Behave: The Biology of Humans at Our Best and Worst" by Robert M. Sapolsky 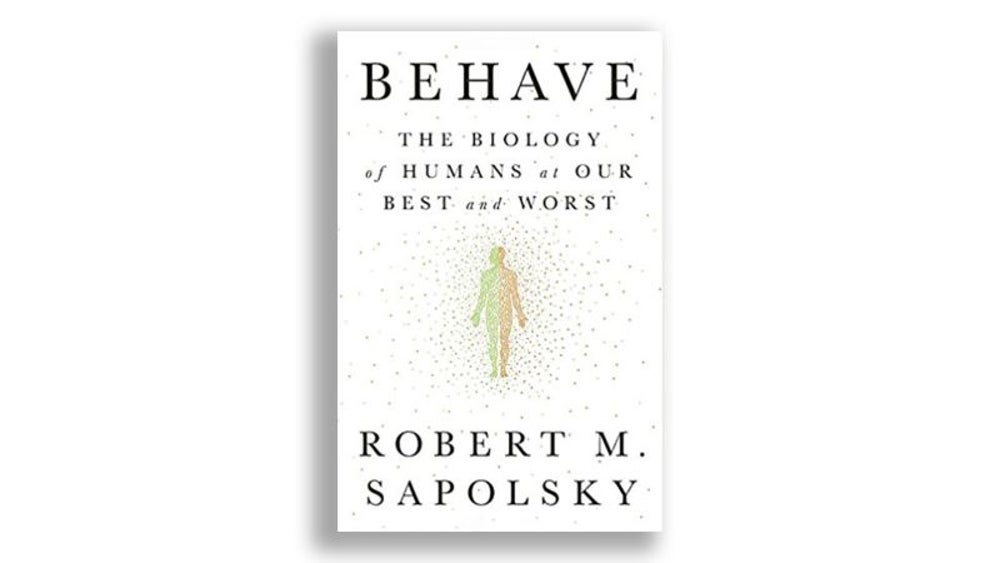 Image credit: Penguin Press
“Why do we do the things we do?” Neurobiologist and primatologist Robert M. Sapolsky finds out in his book Behave. Using science, logic and history, Sapolsky uncovers what drives our actions and behaviors and why people do the things they do -- good and bad. Making its way onto Winfrey’s top 20 books last summer, Behave is a perfect read for entrepreneurs -- and anyone -- who want to better understand themselves, their customers and anyone around them. Sapolsky touches upon a variety of topics including competition, trust, morality and more.

"The Four Agreements: A Practical Guide to Personal Freedom" by Don Miguel Ruiz 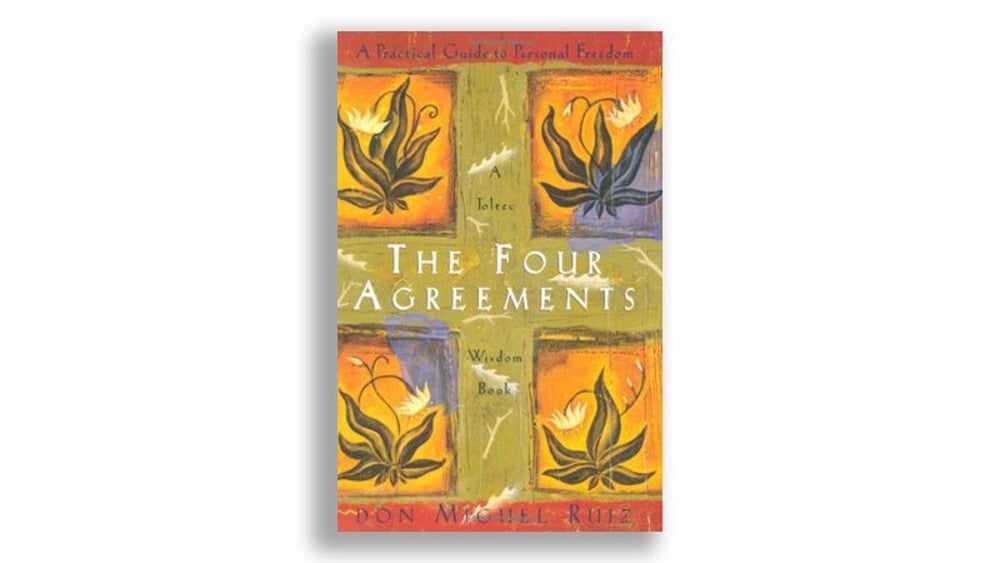 If you’re ever feeling stuck or unsure, the one thing holding you back is most likely you. And these self-limiting beliefs can ultimately cause suffering and the inability to move forward in life. Don Miguel Ruiz’s The Four Agreements addresses this issue and using ancient Toltec wisdom, shares the four things you must live by in order to reach a happy and fulfilled life. Winfrey interviewed Ruiz in 2013, also sharing that she gave her children copies of The Four Agreements.

"A Return to Love" by Marianne Williamson 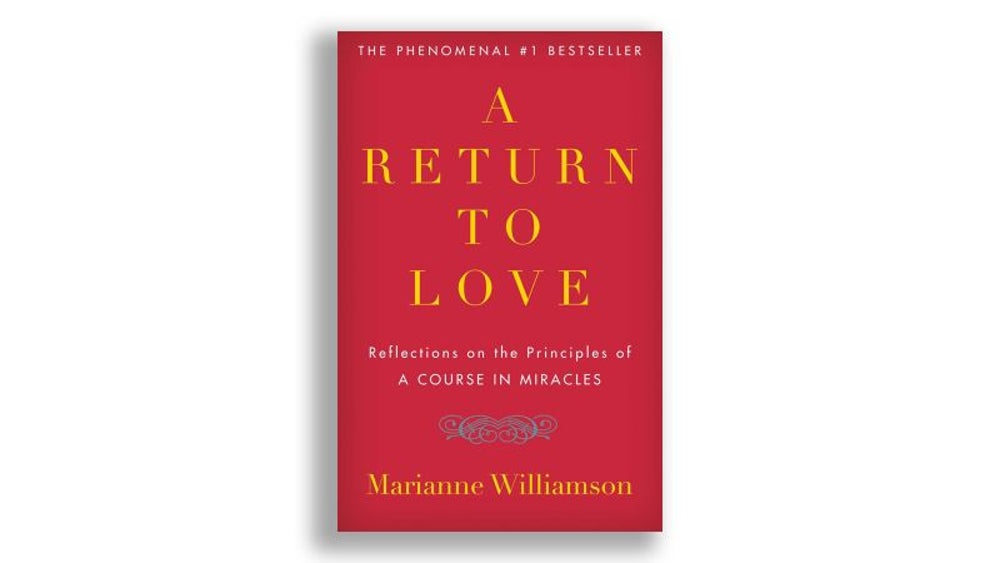 Image credit: HarperOne
“I have never been more moved by a book than I am by this one,” said Winfrey about Marianne Williamson’s A Return to Love, which falls on Winfrey’s list of top super-soulful reads. From relationship-building to understanding your power, the book is chalk full of lessons for entrepreneurs. While the book is considered a “spiritual guide,” there’s much to take from it regarding love, fear, pain, growth and more. In the book, Williamson seeks to help readers discover the source of their pain, whether it’s in relationships, career or health, and how to combat that pain so they can live their best life.

"The Power of Now" by Eckhart Tolle 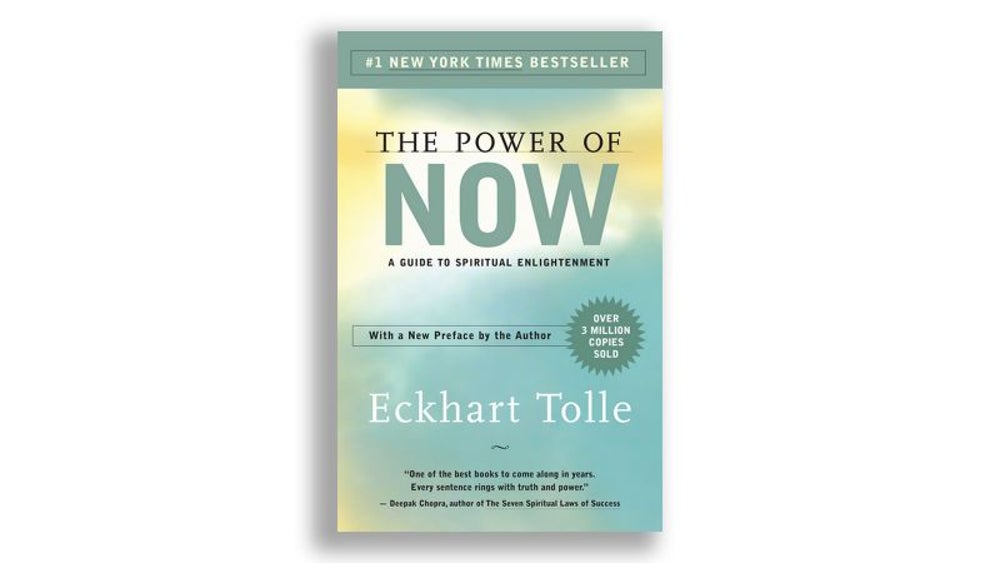 Image credit: Namaste Publishing
Well-known and highly popular The Power of Now by Eckhart Tolle is favorited by many, including Winfrey, who claims to carry a copy with her wherever she goes. The book is great for entrepreneurs, business leaders and nearly anyone who wants to understand and discover their true self and learn how to be present all the time. Tolle explains why people must live in the present intensely and demonstrates ways to reject any struggles and fears using mindfulness. And when it comes to entrepreneurship, risk, challenge and fear are often involved, but Tolle’s book teaches how to remain unphased by any obstacles that might come your way.

"Tuesdays With Morrie: An Old Man, A Young Man and Life’s Greatest Lesson" by Mitch Albom 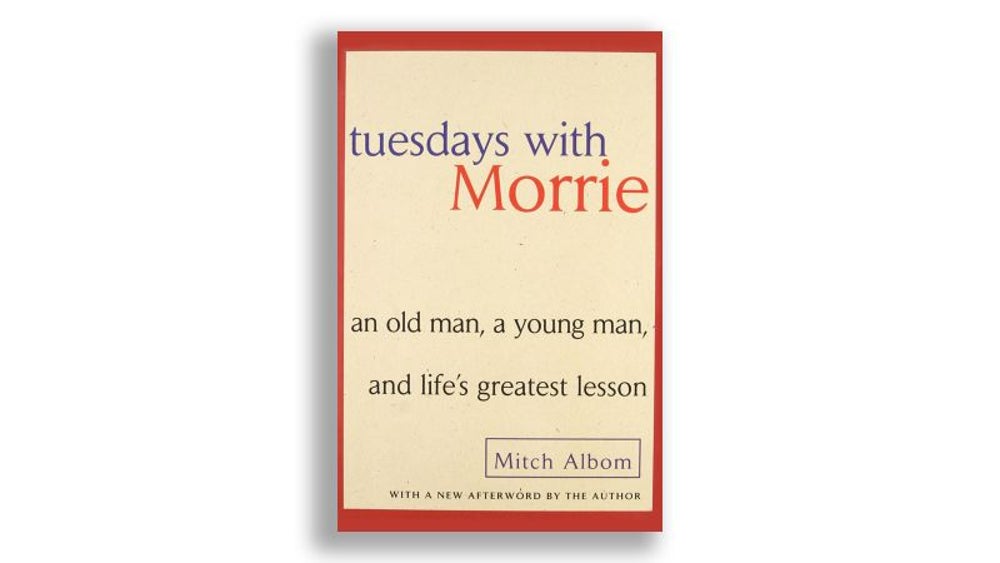 Image credit: Broadway Books
Another classic self-help book perfect for entrepreneurs or anyone in a rut is Mitch Albom’s Tuesdays With Morrie. Winfrey is a fan of the well-known book and recently brought Albom on as a guest for a SuperSoul Sunday episode. In the book, Albom shares his personal journey of going from a hot-shot sports journalist to finding the true, non-materialistic meaning of life after rekindling a past friendship with an ailing college professor, “Morrie.” Albom shares with readers the lessons he learned from frequent Tuesday visits to Morrie’s home about forgiveness, fulfillment, happiness and more.

"The Book of Awakening: Having the Life You Want By Being Present To The Life You Have" by Mark Nepo 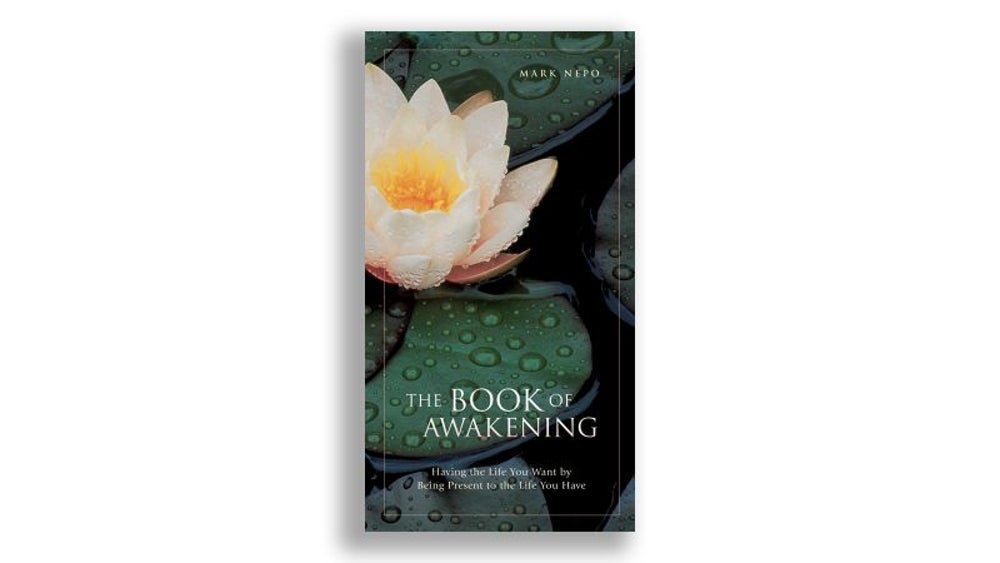 Not only was it chosen as one of Winfrey’s top books, but Mark Nepo’s The Book of Awakening also made it onto her 2010 list of favorite things. The book was written more than two decades ago when Nepo went through cancer treatment. Yet, rather than writing a book only for people experiencing illness or life-threatening situations, Nepo’s book is for everyone. Whether you’re an entrepreneur, a recent college grad or an established business leader, The Book Awakening will help you discover and pursue your passions and teach you how to live authentically every day. “The premise of the book is that people everywhere have a wisdom of their own and the book is there to guide them to their own wisdom,” Nepo said.

Related: 7 Must-Read Books From Entrepreneurs in the Trenches

"Present Over Perfect" by Shauna Niequist 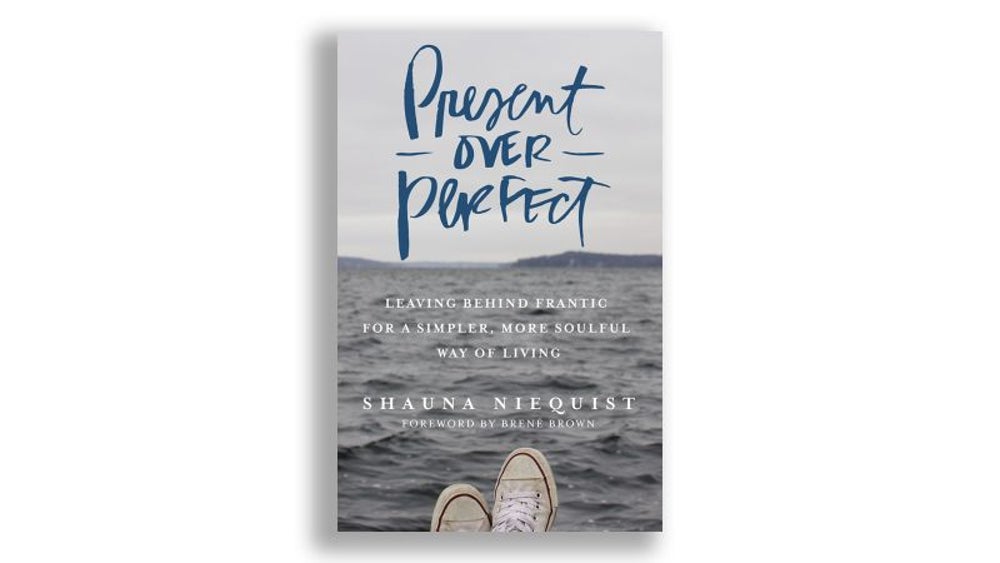 Image credit: Zondervan
In today’s tech-driven social media-saturated world, it’s hard not to constantly feel busy, frantic and even burned out. However, you don’t have to feel that way, and Shauna Niesquist’s Present Over Perfect can help you get there. Recently featured on an episode of Winfrey’s SuperSoul Sunday, Niesquist’s book seeks to show people that there’s room to breathe, think and be more present all while continuing to achieve success and cultivate positive relationships. For those entrepreneurs who are constantly on the go and never giving themselves time to even think, Niequist’s book will help you slow down without the guilt of feeling like you’re not achieving something or working hard enough. 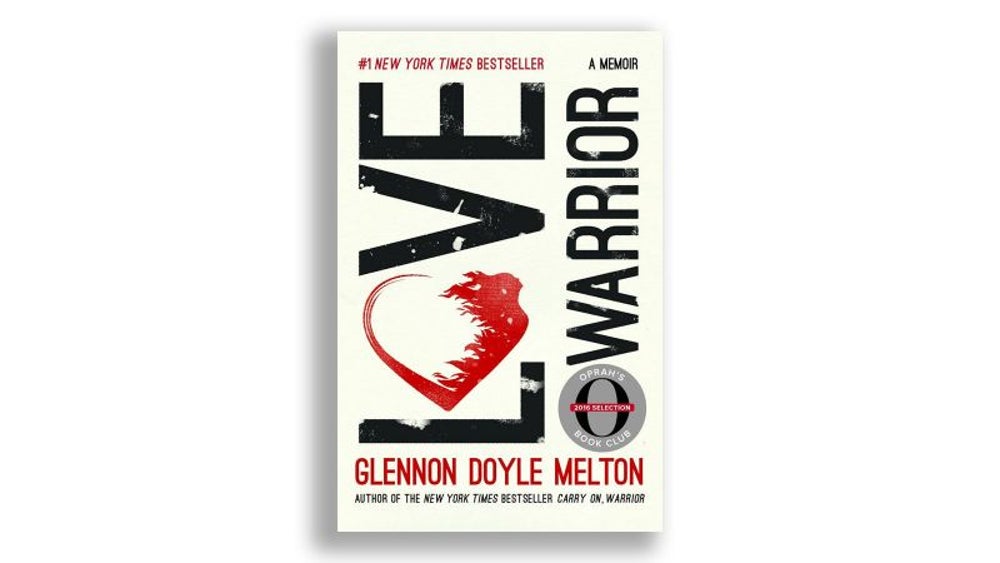 Image credit: Flatiron Books
Who ever said life would be easy? At times, it can be full of stress, sorrow, frustration and anger, but it’s how you react to these challenges that shape who you are as a person and ultimately, help you grow. Launching a business is not easy and will come with its own challenges, frustrations and sometimes even letdowns. In Glennon Doyle Melton’s memoir Love Warrior, Melton shares her journey through learning about her husband’s infidelity, and while the situation was far from easy to deal with, she faces it head-on and manages to discover her truer authentic and brave self. Melton was featured on Winfrey’s SuperSoul Sunday and Love Warrior is on Winfrey’s book club reading list. 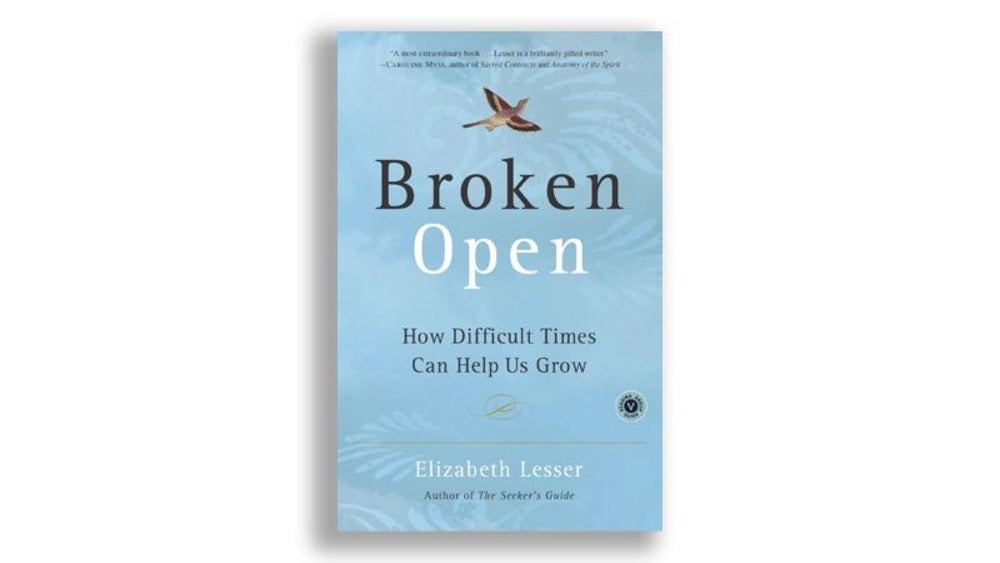 Image credit: Villard
In a SuperSoul Sunday episode, Winfrey calls Elizabeth Lesser’s book, Broken Open, one of her favorites. In the book, Lesser, who is a co-founder of Omega Institute, provides guidance, personal stories, insights, tools and even some humor to help people make the right decisions during difficult times. If you’re an aspiring entrepreneur just starting out or an experienced entrepreneur facing business difficulties, Broken Open will help you get back in touch with your purpose and passion and help you rediscover the path you’re meant to be on.
More from Entrepreneur