Here's what we learned about Amazon Go when the first location opened in Seattle in January.
Next Article

Update, May 15, 2018: Based on job listings for store managers in Chicago and San Francisco, an Amazon spokesperson has confirmed to The Seattle Times that the company plans to open Amazon Go locations in both cities but did not specify when they are slated to open. Here's what Entrepreneur learned about Amazon Go when the store opened its doors in Seattle earlier this year.

After five years of development and 14 months of testing by Amazon employees, Amazon Go, a convenience store without cashiers that automatically charges customers for items, opened its doors to the public this morning.

Located on the ground floor of Amazon’s downtown Seattle headquarters, the 1,800-square-foot brick-and-mortar store joins a series of the company’s forays into brick-and-mortar retail, from the opening of a chain of bookstores to the acquisition of Whole Foods Market.

Related: We Visited Amazon's New Bookstore. The Innovations Made Us Rethink the Possibilities of In-Store Retail

What sets apart Amazon Go from other stores is automatic payments, made possible by a network of hundreds of cameras in the space that track shoppers’ movements via machine learning and link their selections to their Amazon accounts via the Amazon Go app. (You have to have all of this set up before you can shop in the store, scanning a code generated by the app when you enter through the turnstiles.)

Customers can simply load their items into a bag and walk through what looks like a subway gate to exit, and they’ll automatically receive a charge and receipt for the items they’ve picked up. No cashiers, no checkout lines.

Although Amazon Go just opened this morning, some outlets had early access to the store and reported their experiences. Here’s what we’ve learned so far about what it’s like to shop at Amazon Go.

Related video: How Acquiring This Tech Startup Will Help Target Do Battle With Amazon

Amazon knows what you’ve selected the moment you remove it from the shelf. 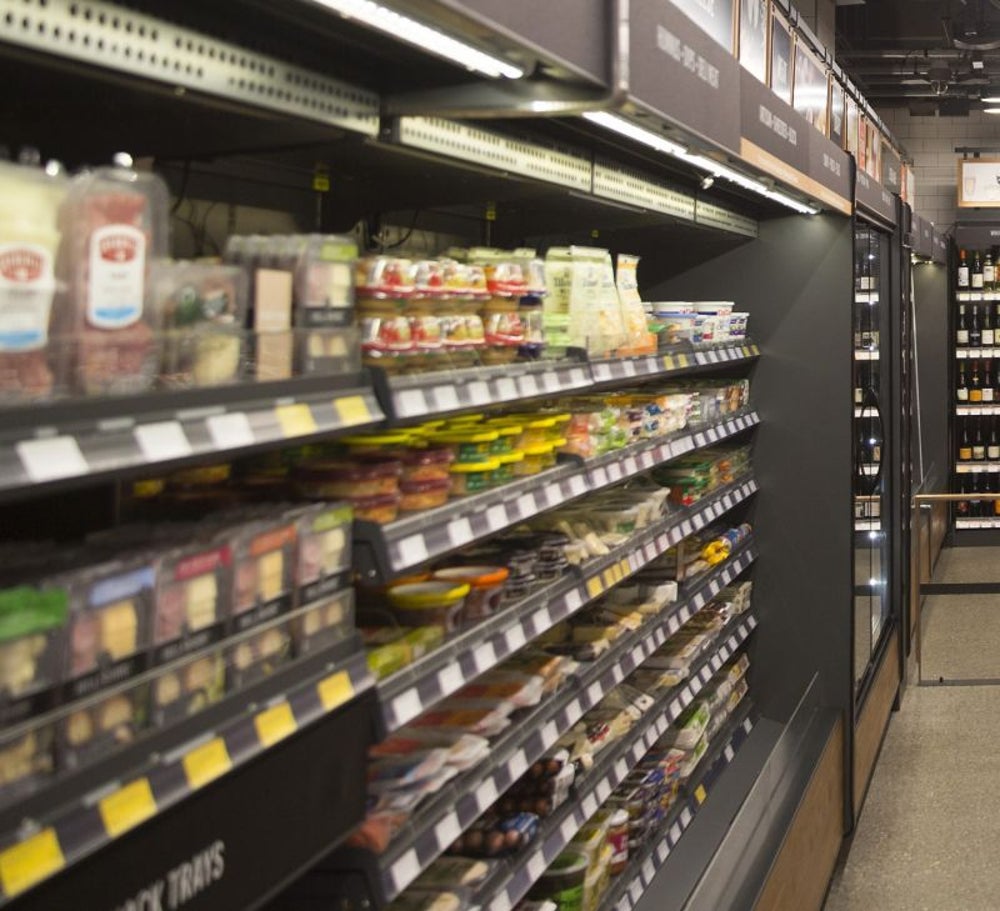 Whenever a customer removes an item from a shelf -- or replaces it -- the cameras detect the activity. Think of it like the virtual shopping cart on Amazon.com: When a shopper takes an item off the shelf or puts it back, it immediately gets added or subtracted from their total. Then, when they exit the store through the gates, their final selection is charged to their Amazon account.

Individual items don’t have tracker chips -- the cameras track the items. Items in the store are uniform to boost accuracy; for example, Amazon Go doesn’t sell individual pieces of produce that vary by weight and shape (it’s cut up, weighed and packaged). Plus, items such as premade salads, for instance, have stickers that feature a special barcode system, and patterns of dots and symbols on the stickers help the AI algorithms connected to the video feeds identify them.

The store sells meal kits and prepared cold meals such as sandwiches and salads, as well as sundries ranging from coffee to toilet paper. As shoppers move about the store, selecting and replacing items, Amazon collects data about customer preferences.

Someone made an unsuccessful attempt at shoplifting. 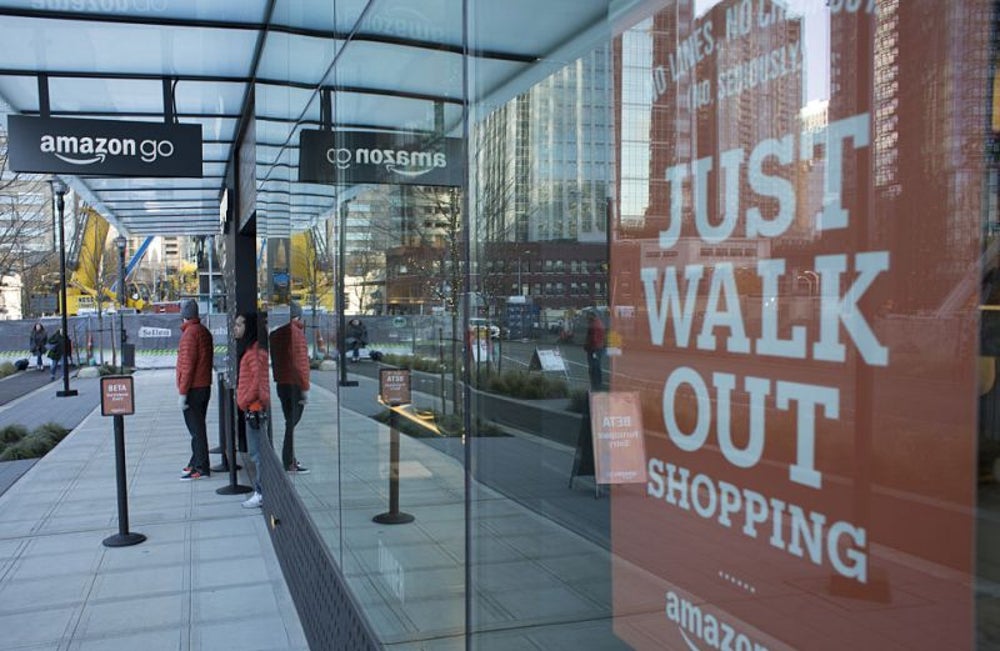 Amazon’s proprietary camera sensor technology that makes automatic payments possible is called “Just Walk Out,” a name that affirms customers’ sense that they’re shoplifting when they remove items from shelves and simply walk out without visiting a cashier.

New York Times technology correspondent Nick Wingfield got permission from Amazon to attempt to trick the system and shoplift. His efforts failed.

“With permission from Amazon, I tried to trick the store’s camera system by wrapping a shopping bag around a $4.35 four-pack of vanilla soda while it was still on a shelf, tucking it under my arm and walking out of the store,” Wingfield wrote. “Amazon charged me for it.”

During the store’s testing period, three Amazon employees tried to fool the algorithms by wearing Pikachu costumes, to no avail, according to Bloomberg. This followed reported instances of inaccuracies due to high foot traffic, which The Wall Street Journal reported. 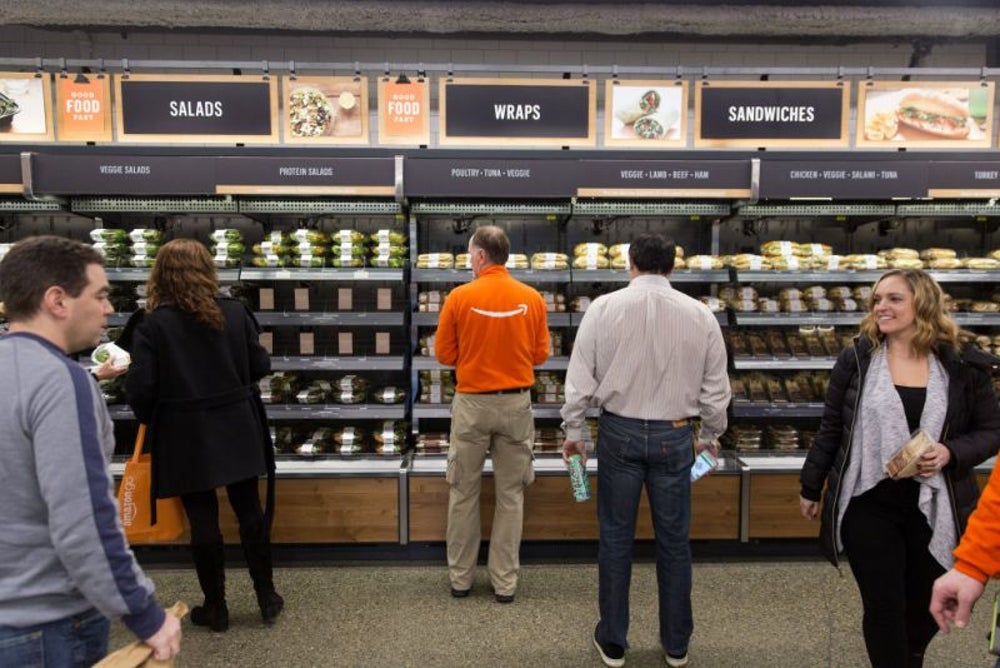 Without cashiers, Amazon Go had to find a way to incorporate I.D. checks for customers buying alcoholic beverages. The cameras don’t handle this part -- an employee sits in that section of the store, carding shoppers before they can remove six packs and bottles from the shelves.

Still, the store automates cashier work, and cashier is the second-most-common job in the U.S., with 3.5 million people performing the role. The United Food and Commercial Workers International Union has voiced opposition to the cashierless store.

Related: These 5 Cities Pulled Out All the Stops to Get Amazon's HQ2. They Didn't Make the Cut, But We Salute the Attempt.

Only 97 humans -- including workers -- can occupy the store at one time. 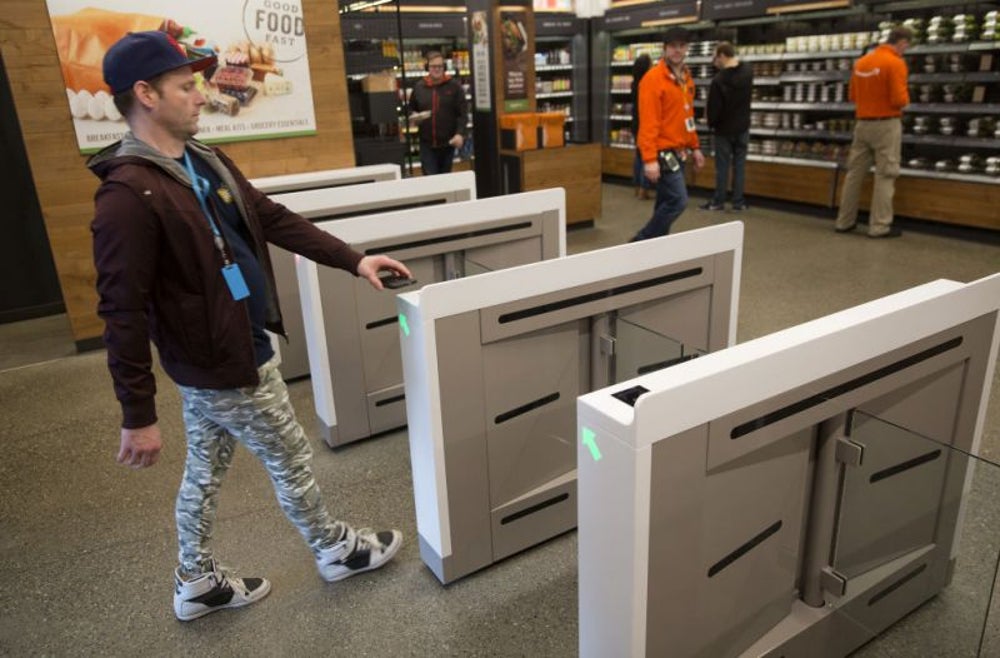 Despite its lack of cashiers, Amazon Go is not devoid of human employees. From associates whose job it is to assist customers to shelf stockers to meal prep staff, part of the store’s 97-person capacity is taken up by workers, according to USA Today.

One of the main goals of Amazon Go is convenience, and to eliminate the need for customers to wait in cashier lines. But some have pointed out the irony that, because of the limited number of shoppers that can be admitted at one time, a line formed outside on opening day.

You can get a refund if the system makes an error. 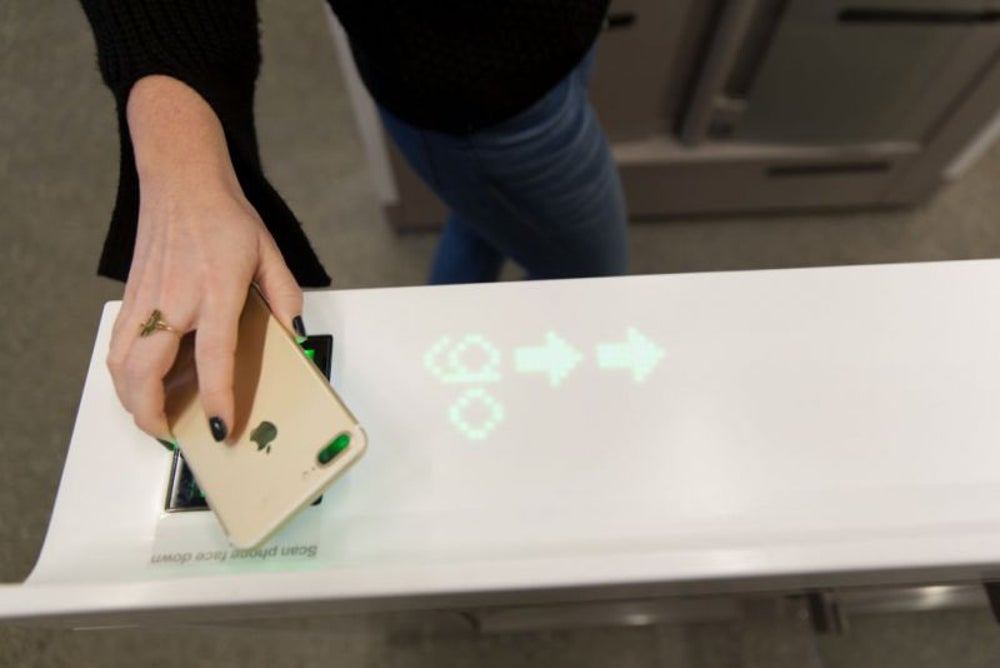 Shoppers are issued receipts via the Amazon Go app, and they can swipe on an item to remove an erroneous charge without returning to the store, Amazon Go Vice President Gianna Puerini told The Seattle Times.

Amazon hasn’t revealed where it plans to take this technology next. 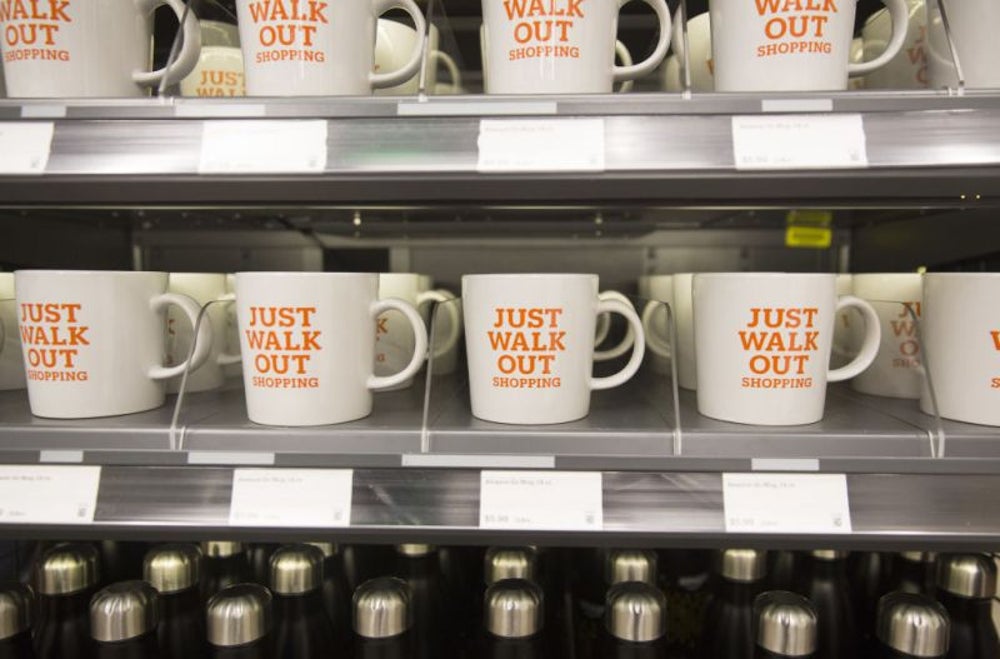