This Is What It Takes to Own an NFL Football Team

Step 1: Have billions of dollars at your disposal.
Next Article


After facing allegations of workplace misconduct, Carolina Panthers owner Jerry Richardson announced he was selling his NFL team. Whoever buys it will be the owner of a franchise valued at $2.3 billion and one that earns $385 million in annual revenue.

NFL owners have to possess a certain temperament to be successful: Major connections, business savvy, shrewd business skills and, of course, a whole lot of money. It's not all fun, games and big payoffs.

Click through to find out what it takes to join the tiny group of elite business people who own the most valuable sports franchises in the United States.

You’ll need to come up with $2 billion or so to invest. 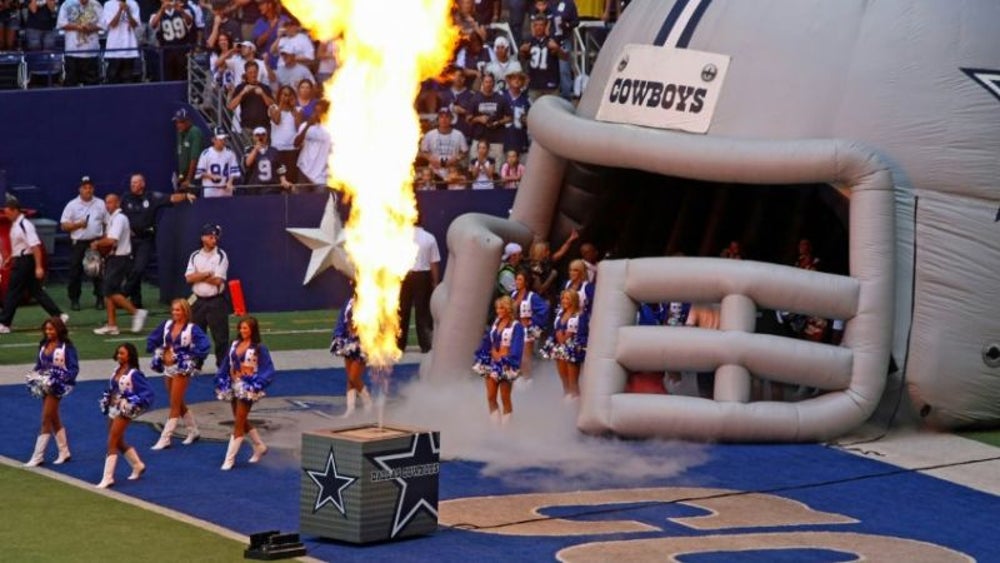 Image credit: Shutterstock
If you're considering buying the Dallas Cowboys, be aware that Forbes reports the team is worth $4.8 billion after a 14 percent rise in value over the last year alone. To be fair, the Cowboys aren't only the most valuable team in the NFL, but in all professional sports. On the other end of the spectrum are the lowly Bills, which you could scoop up for a paltry $1.6 billion. Those, of course, are extremes. The average value of all 32 NFL teams is $2.5 billion.

The team’s sticker price should be disposable income. 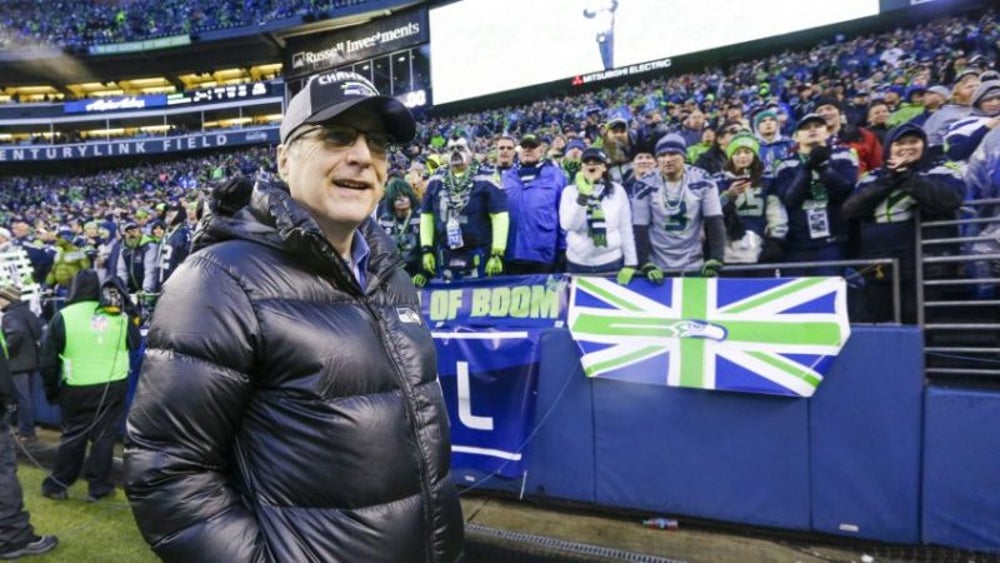 Image credit: Shutterstock
NFL team owners represent a small and exclusive group of very rich people who have professional franchise money to burn -- so you'd better have the net worth to stack up. The richest owner in the league is Microsoft co-founder Paul Allen, according to Forbes. He owns not just the Seattle Seahawks but also the NBA's Portland Trail Blazers. He's worth more than $20 billion even after giving away $2 billion to charity. Technology companies have created many of the wealthiest people in the world, and that's the industry where new NFL owners might come from. 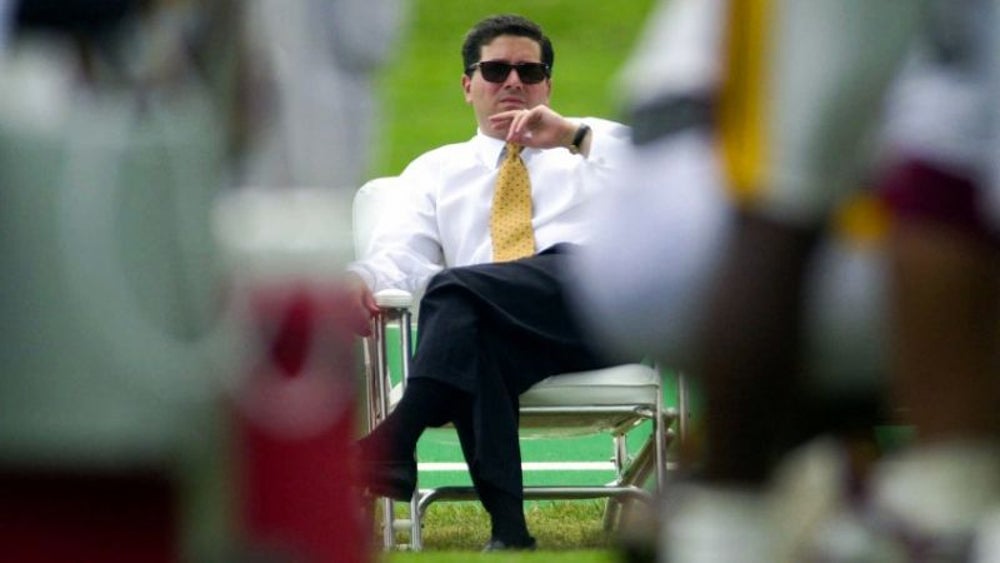 Image credit: Shutterstock
To the fans who watch the games and buy the jerseys, football is a sport. But to NFL owners, it's a business. Want to join the club? You'd better have the business acumen to back it up. According to Fortune, Redskins owner Dan Snyder took his first company public when he was only 32. Cowboys owner Jerry Jones sold his father's insurance firm and successfully invested the proceeds in the oil business. Dolphins owner Stephen Ross parlayed a $10,000 loan into a $50 billion real estate company. The most successful owners are also wealthy people who have figured out how to stay rich.

It helps to keep management in the loop. 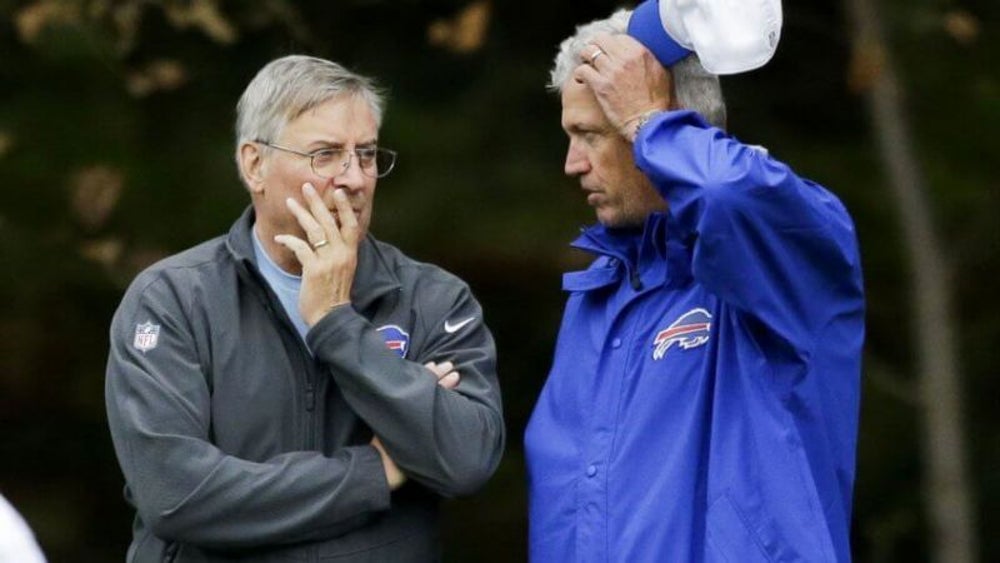 When Fox Sports recently ranked the best and worst front offices in football from No. 1 to No. 32, the Buffalo Bills came in near the bottom of the heap at No. 29. While giving examples of the team's management dysfunction, Fox Sports reported that the Bills' general manager -- normally in charge of personnel matters -- wasn't even aware that coach Rex Ryan had been fired until owner Terry Pegula told him so.

Know good people -- and know when to walk away from them. 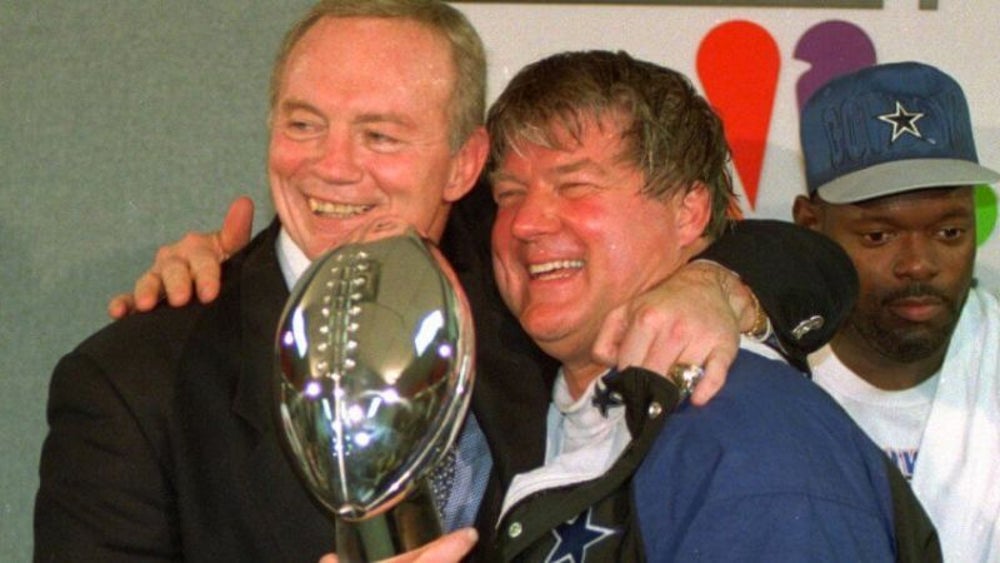 Image credit: Shutterstock
According to Fortune, one of Jerry Jones' first moves after buying the Cowboys in the late 1980s was to fire iconic coach Tom Landry and hire Jones' old college teammate Jimmy Johnson as head coach. The switch went on to define the franchise, which is now the world's most valuable team. Sometimes, however, loyalties can blind owners. Take Indianapolis, for example. According to Fox Sports, Colts owner Jim Irsay was among the last people in town with any faith in the team's coach and GM. Unfortunately for fed-up fans, he also has the final say.

A go-along-to-get-along personality can limit exposure and maximize profits. 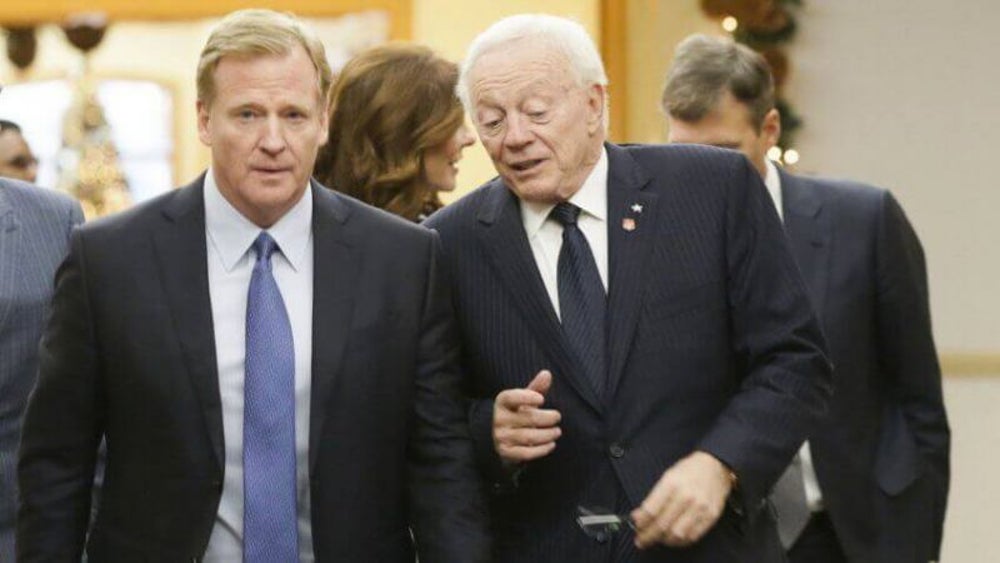 Image credit: Shutterstock
According to Deadspin, Jerry Jones is "a power-hungry jackal." While that may be hyperbole, the Cowboys owner is certainly a hyper-aggressive media magnet who isn't afraid of alienating fellow owners. He recently made headlines when a committee of fellow NFL owners threatened Jones with lost draft picks and even termination. The reason? Jones has been on a relentless campaign to antagonize, provoke and stymie NFL commissioner Roger Goodell, who the other owners count on to keep the money flowing in.

Don’t overestimate the value your community places on your product. 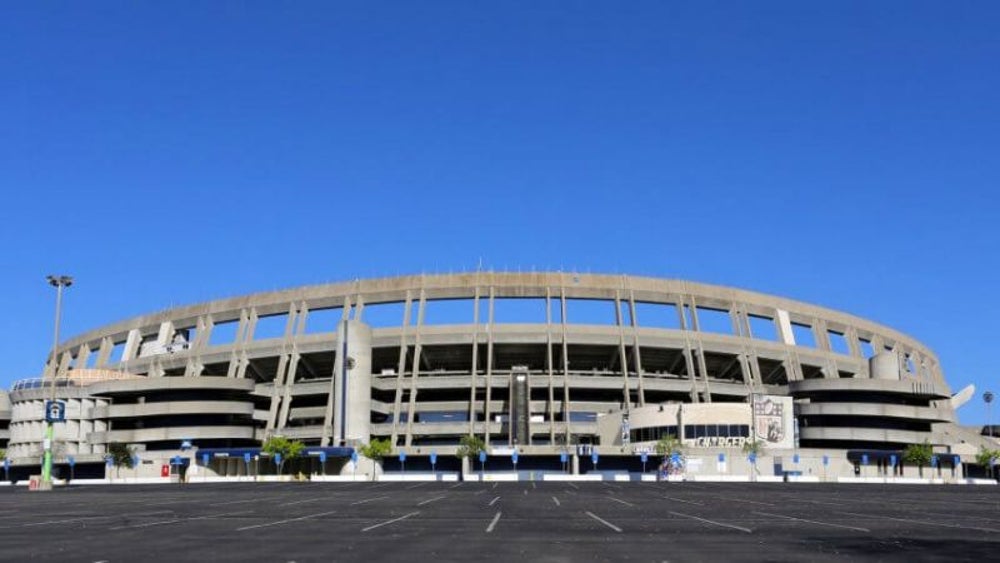 Image credit: Shutterstock
According to The Los Angeles Times, football stadiums cost three times what they used to but don't last as long. In addition, they don't offer year-round employment and aren't used enough to make a significant contribution to the local economy -- and taxpayers are taking notice. There used to be widespread public support for tax-subsidized stadiums, but those days appear to be coming to an end. In California, for example, virtually all new stadiums since 2002 were built without any taxpayer dollars. That trend likely forced the Chargers to leave San Diego, where the team haggled in vain for years in an effort to secure subsidies that taxpayers continuously voted down.

You can’t support the cord-cutting movement. 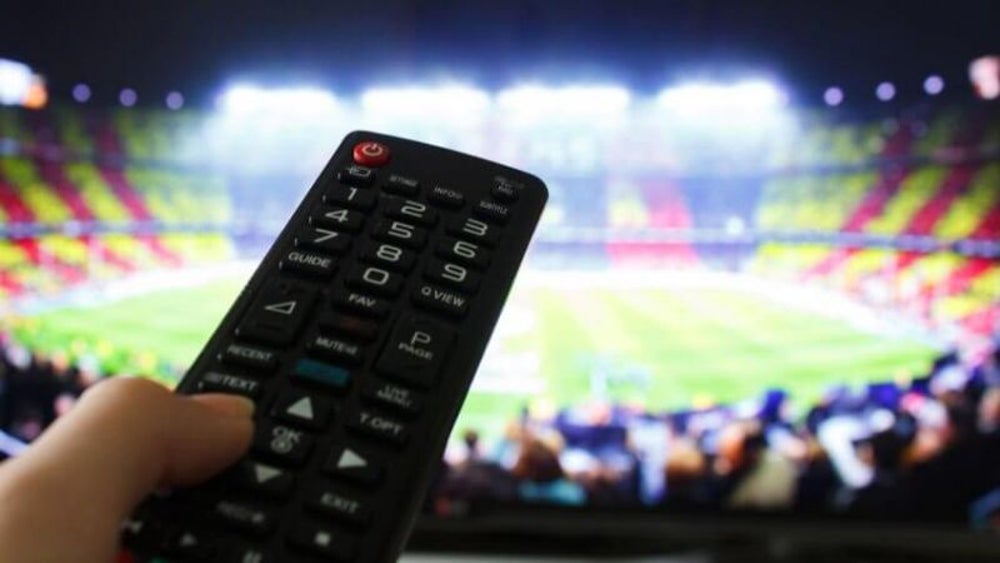 Image credit: Shutterstock
According to an article in Variety, more than 22 million U.S. adults canceled their cable, satellite or telco television subscriptions in 2017. These folks are part of the so-called "cord-cutting" movement, which has moved away from traditional TV service in favor of streaming or even abstention. It's unlikely that many NFL owners support the trend because television revenue is the league's bread and butter. CBS reported that in 2016 alone, the league's teams split a record $7.8 billion in TV revenue, or roughly $244 million per franchise. The rights contract that broadcast partners signed with the league is the most lucrative deal in sports history.

Know how to build and maintain a leadership nucleus. 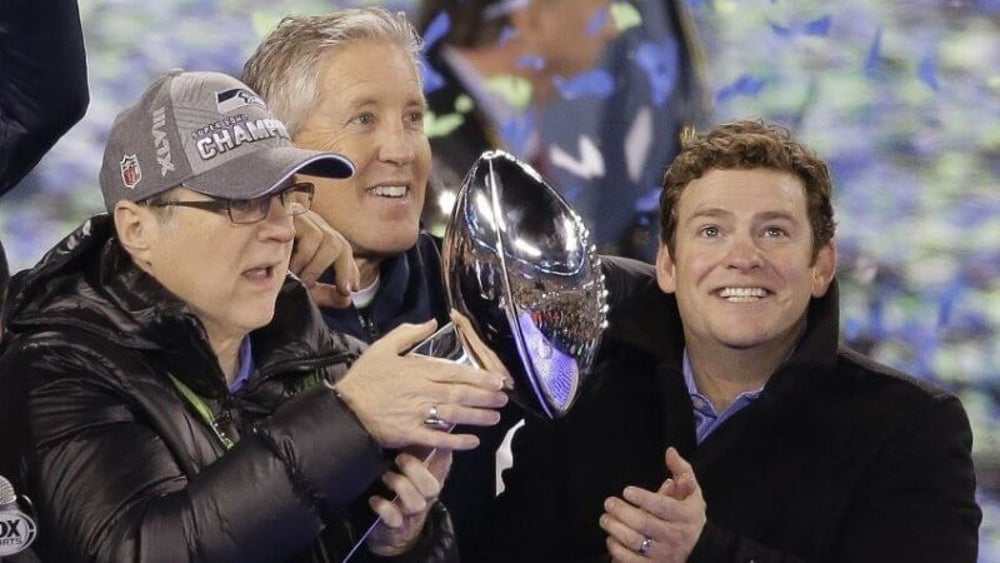 Image credit: Shutterstock
Great CEOs build great teams, and NFL owners aren't different than any other business leaders. The Seattle Seahawks have been a formidable team in recent years, in part because owner Paul Allen has recognized the chemistry in the relationship between head coach Pete Carroll and talent-spotting whiz GM John Schneider. According to Fox Sports, the owner prioritized keeping the duo intact -- and it worked. The Seattle Times recently reported that the successful Schneider-Carroll era will continue, as the duo signed contracts to stay with the Seahawks for at least a couple more seasons. 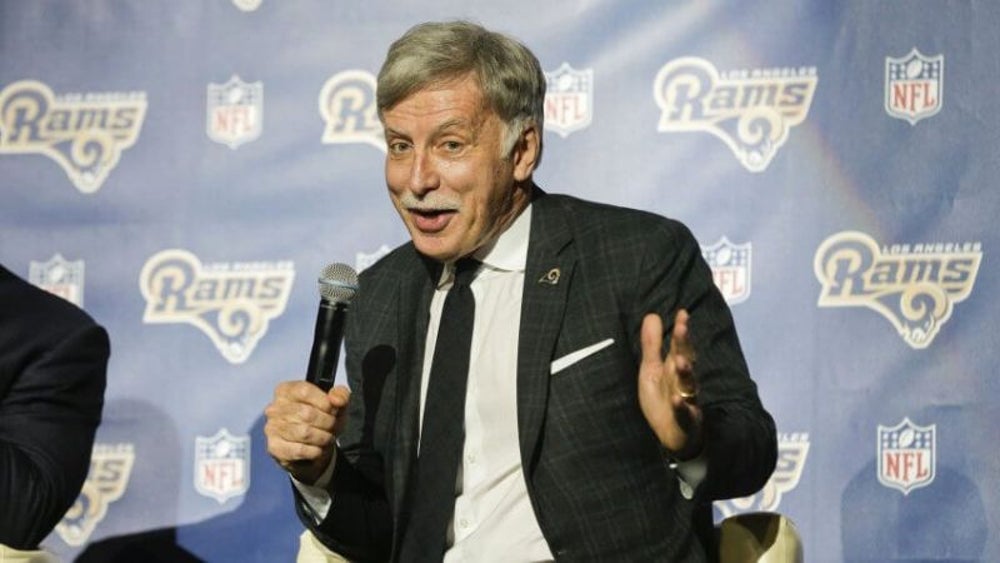 As far back as 2015, Rams owner Stan Kroenke made it clear that he was ready to share a stadium with another franchise if it meant bringing football back to Los Angeles, where three teams were vying for a spot in the NFL drought-stricken city. That flexibility was especially impressive considering Kroenke did most of the heavy lifting on bringing pro football back to L.A. Fast forward two years and Kroenke's willingness to compromise has resulted in Angelenos having two teams to choose from instead of none. The Chargers and Rams recently unveiled a model of their soon-to-be shared stadium, which is luxurious, modern and comes with a price tag of $2.6 billion.

Related: What to Do Each Month for a Financially Successful 2018

Be willing to abandon your customers for greener pastures. 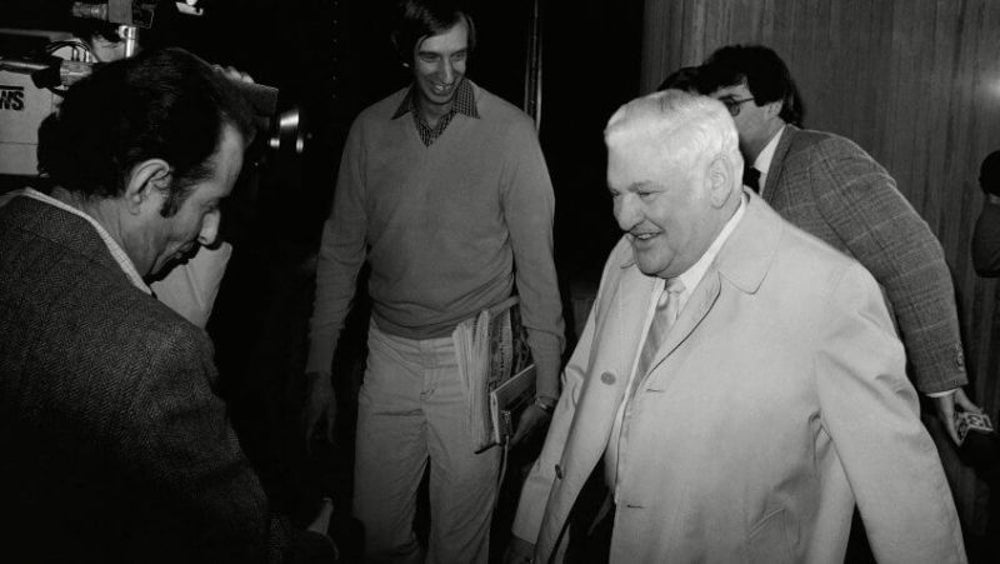 Image credit: Shutterstock
In 1984, a convoy of 16 tractor-trailers arrived in Indianapolis after traveling 600 miles overnight from Baltimore. The convoy carried the entire Colts organization. In what a USA Today retrospective called the most famous move in sports history, then-owner Bob Irsay hightailed it out of Baltimore in the middle of the night with literally no warning. Even the truck drivers didn't know their destination until the last minute. After a long and public series of failed negotiations with the city of Baltimore -- which included differences over stadium financing and massive ego clashes -- the Colts owner felt there was nothing left to gain for the Colts in the team's longtime home of Baltimore. He negotiated a move in secret and disappeared in the middle of the night while the city slept, leaving Baltimore without a team until 1996. Irsay remains one of the most reviled characters in Baltimore history.

You can’t have a weak stomach for high-stakes poker. 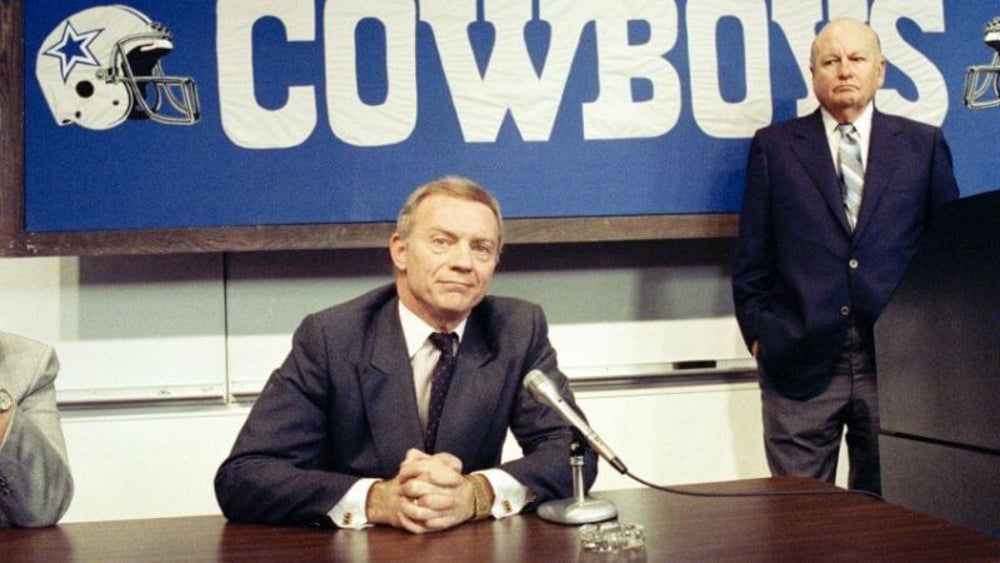 Image credit: Shutterstock
Owner Jerry Jones has been synonymous with the Cowboys for nearly a quarter century, but in the beginning, the world's most valuable team was a massive gamble strapped with debt. According to SportsDay, the team cost $70 million -- but leasing rights cost another $70 million. The team was also behind on bills to the tune of $30 million. Since he could only secure $34 million in financing, Jones had to front $77 million of his own money and loan the team $20 million, putting his fortune and family legacy on the line for one giant bet. The gamble paid off. Jones is now in the Hall of Fame with Super Bowl rings on three fingers.

You’d be wise to avoid controversy -- and politics. 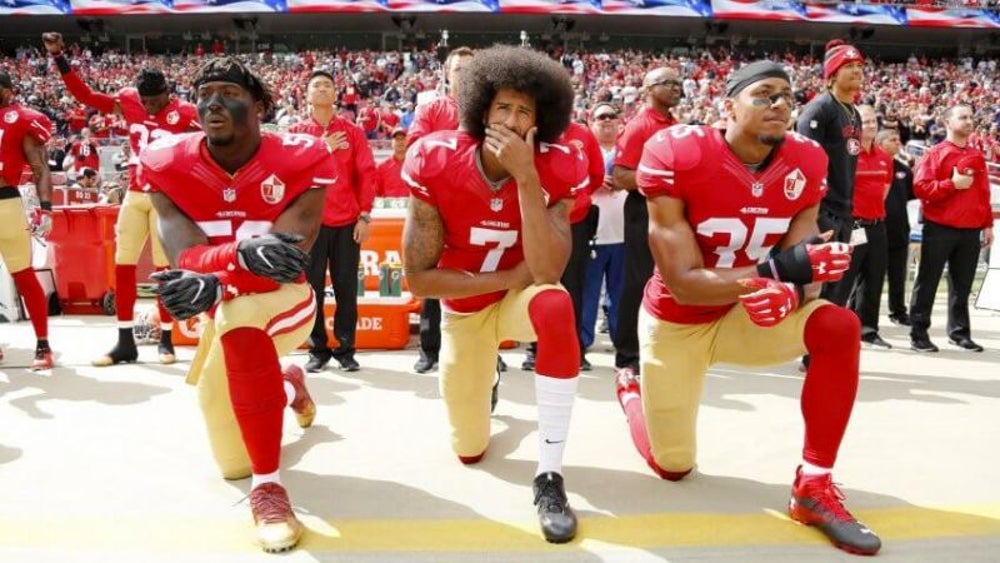 Image credit: Shutterstock
In 2017, NFL ratings plummeted, causing the league and its television partners to lose as much as $500 million. Part of the decline is attributed to an ongoing player protest that started with one player taking a knee during the National Anthem. It went on to become an ongoing saga that has highlighted race relations and bias in policing while stoking tension between fans, players, owners, advertisers and politicians. It is widely agreed that many owners made a bad position worse through a series of blunders that included flip-flopping support for the protests, public spats on Twitter involving President Donald Trump and the hasty release of public statements that were later retracted.

To succeed, be a visionary. 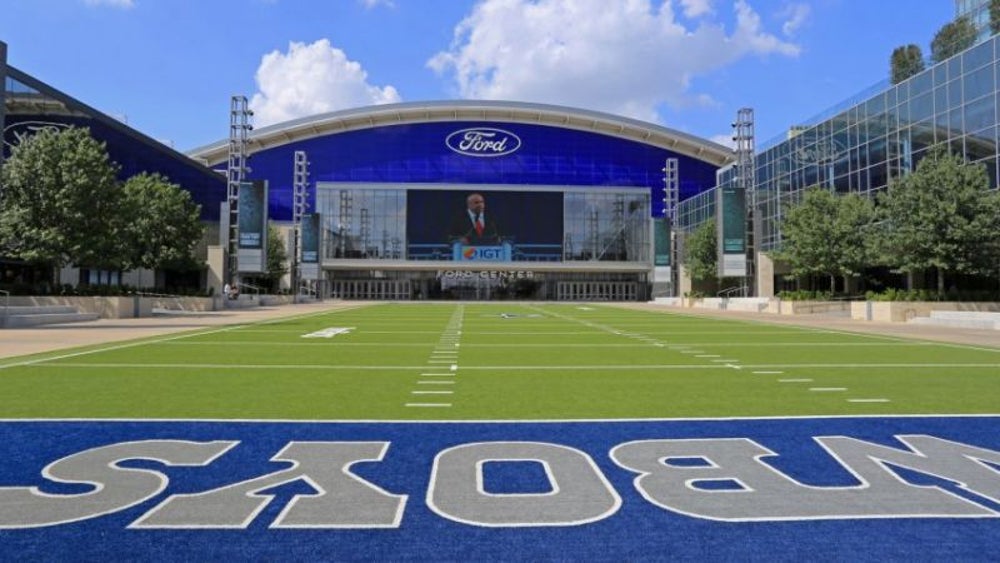 Image credit: Shutterstock
When it comes to revenue generation, there was the NFL before Jerry Jones bought the Cowboys and there was the NFL after. Far more than a team owner, Jones immediately emerged as a full-on mogul who became the first owner to leverage a stadium for corporate sponsorships. He challenged tradition and took the lead in bringing the league's television strategy into the modern era. Jones, who Forbes says has a net worth of $5.6 billion, is in the almost unprecedented position of serving as the team's owner and general manager.

Use philanthropy and celebrity to your advantage. 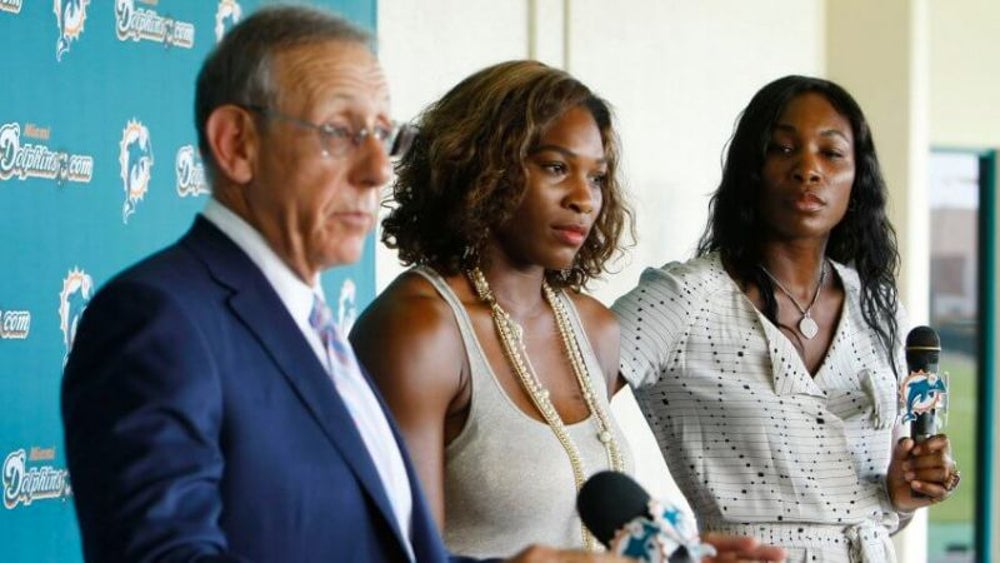 Image credit: Shutterstock
According to Fortune, Dolphins owner Stephen Ross is the NFL's second-best businessperson among NFL owners, behind only Paul Allen of the Seahawks. Although the Dolphins don't always look good on the field, Ross has a knack for making the franchise look good in the media. He bought out 95 percent of the team for $1.1 billion, less than half of what it's worth today. Meanwhile, Ross has endeared himself to fans in other ways. When Hurricane Irma threatened Florida, Ross flew his entire team, its staff and all their families to the safety of California and then donated $1 million to relief efforts. He also enlisted headline-grabbing star power by taking on Gloria Estefan and Venus and Serena Williams as partners.
More from Entrepreneur