From eating walnuts to reading and laughing, these quick tips will help you sleep longer and better.
Next Article

As much as you might try to get seven to eight hours of sleep every night, the truth is, sometimes it feels like there aren't enough hours in the day. From productivity to food cravings, sleep impacts nearly every aspect of our lives. That's why it's more important than ever to keep it a priority.

Related: Neurons in Your Brain Wake You Up and 16 Other Unexpected Things That Are Stealing Your Sleep

Of course that's easier said than done. Whether it's worries from work or an attachment to your phone, there are a number of things that might keeping you up at night. However, the good news is, with a few quick tricks you'll be well on your way to zonking out and even tacking on a few more hours to your slumber every week.

To learn how, here are 13 simple tricks that can give you 30 minutes of extra sleep time every night.

Don’t use your phone before bed. 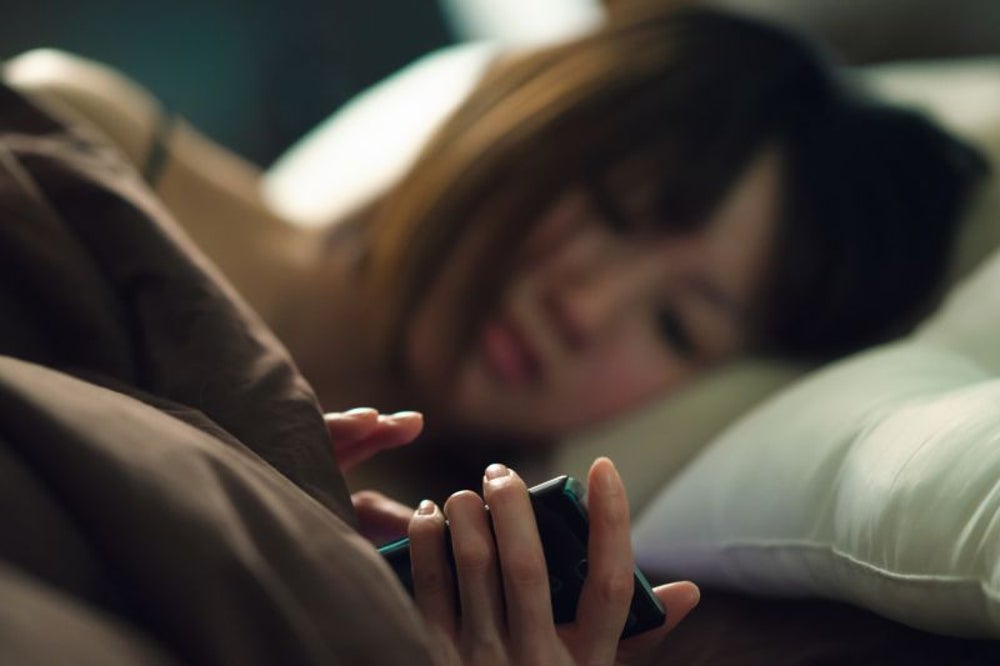 Image credit: Benjamin Torode | Getty Images
Try shutting off your electronics at least an hour before hitting the hay. According to research, the blue and white light that gadgets such as laptops, phone screens and tablets give off prevents our brains from releasing melatonin, which is the hormone responsible for helping us fall asleep. 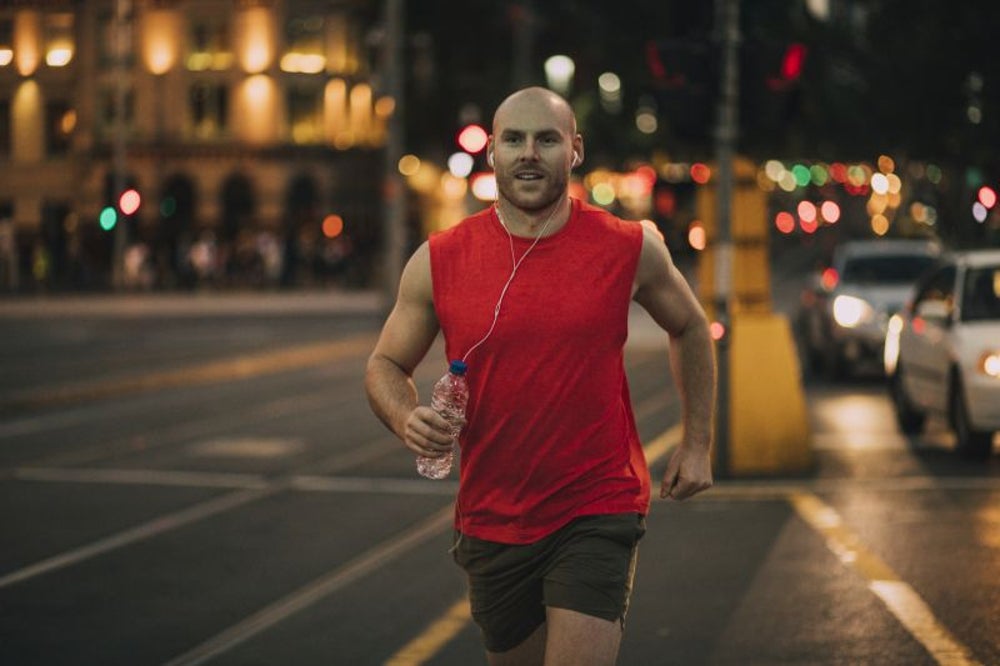 Image credit: SolStock | Getty Images
Getting exercise is a key ingredient to a restful night of sleep. However, it's important to take into account the time of day you're exercising too. According to the National Sleep Foundation, if you're trying to get an intense workout in during the day, it's best to do it in the morning or afternoon because a hard workout too late in the evening can actually keep you up at night. Intense workouts raise your body temperature, increase your heart rate and stimulate your nervous systems -- all things that will prevent you from getting some proper shut-eye. 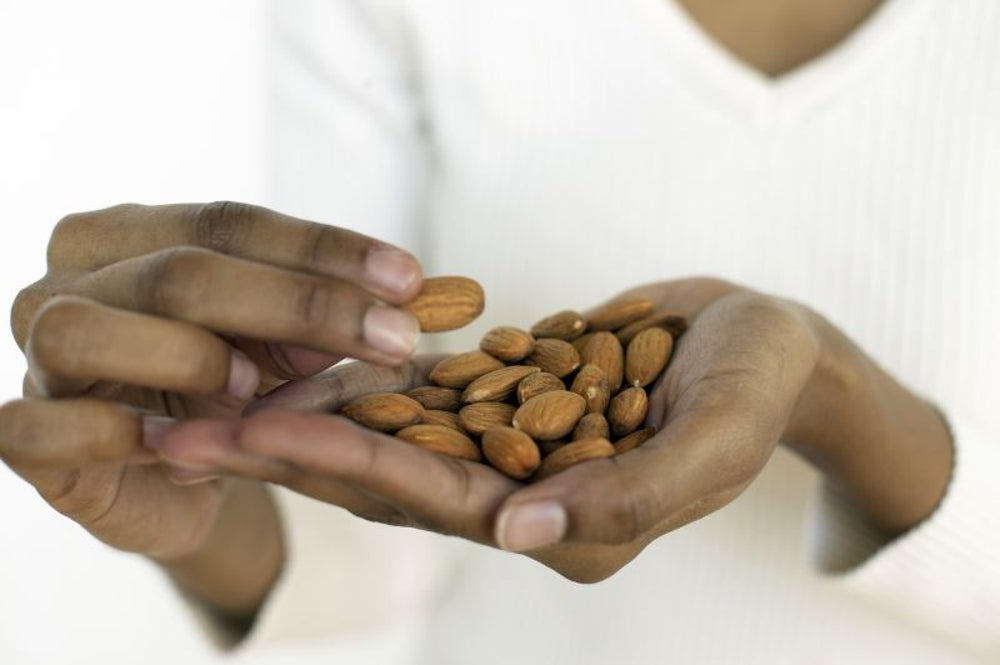 Image credit: Stephen Welstead | Getty Images
Don't feel guilty indulging in that late night snack. However, instead of opening up a carton of ice cream, opt for walnuts or almonds. According to research, walnuts contain their own source of melatonin, the hormone responsible for inducing asleep. Almonds are rich in magnesium, a mineral that not only helps you fall asleep but stay asleep. 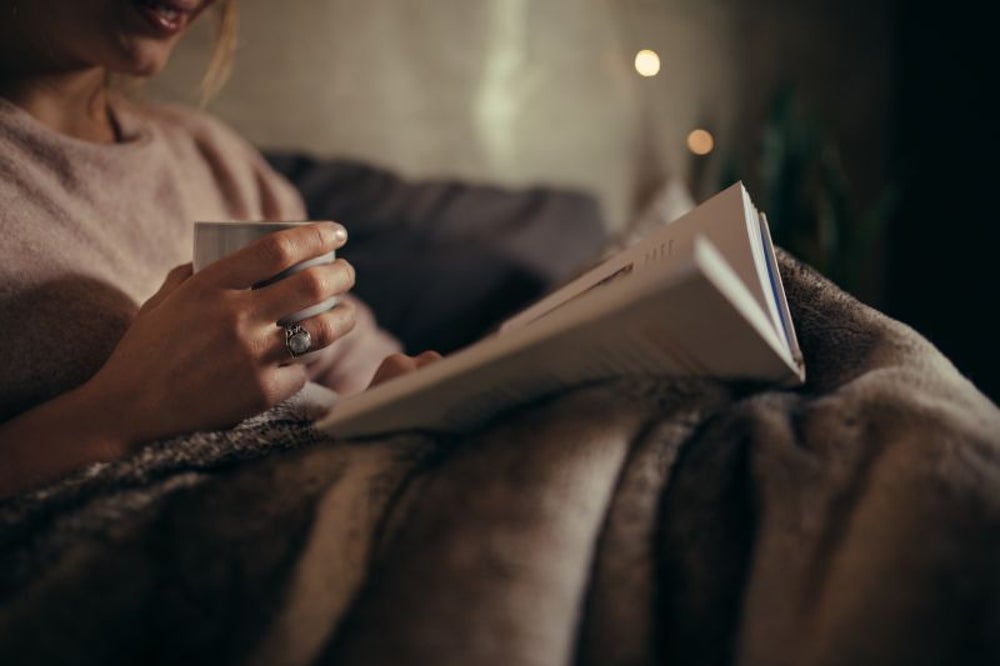 Lose the Kindle, and instead, opt for an actual book. According to the Mayo Clinic, by making reading a bedtime habit, your body will begin to treat it as a relaxing routine that signals to your mind it's time to go to bed. 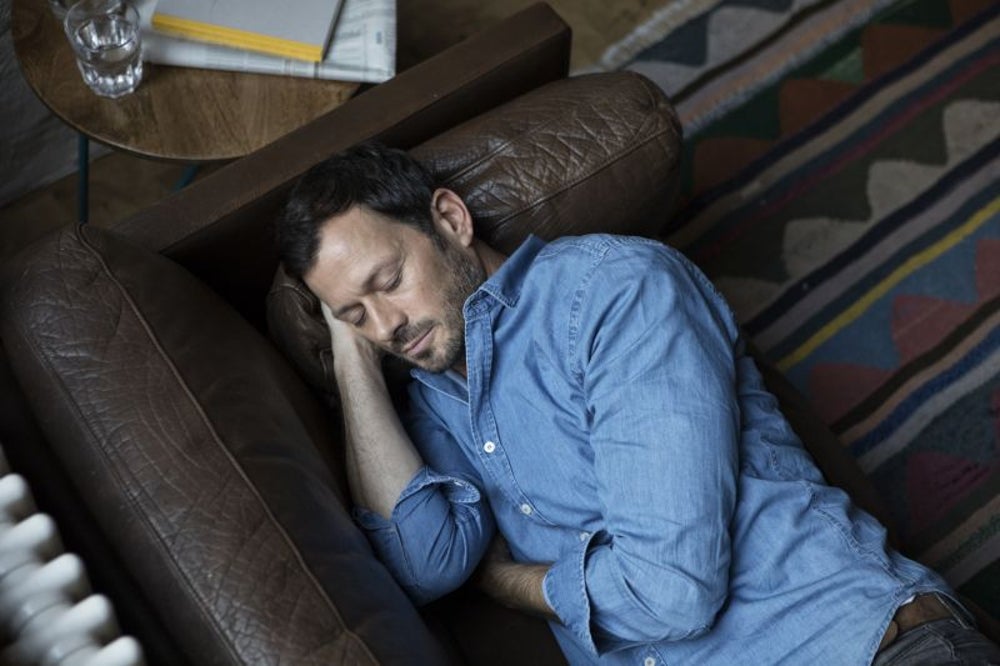 Image credit: Westend61 | Getty Images
Not only can you wake up feeling groggy after a two-hour nap, but it will likely affect your ability to fall asleep at night too. If you're tired, the National Sleep Foundation recommends 20-minute naps early in the day, but by the time the afternoon rolls around, its best to avoid naps altogether. 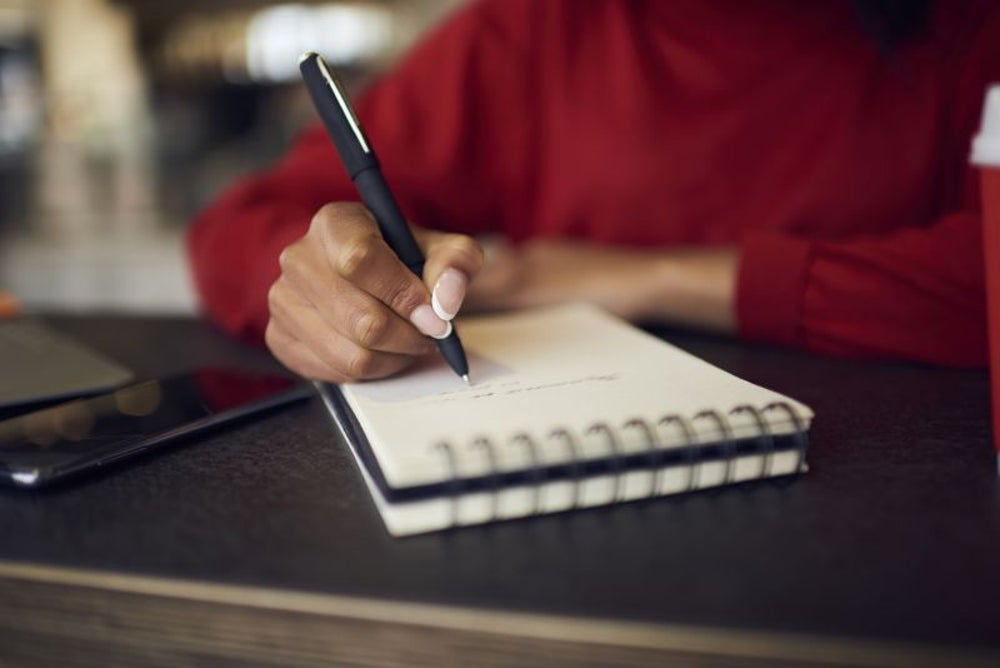 Image credit: GaudiLab | Getty Images
Writing out your to-do list the night before is an incredible way to take a load of stress off yourself, which can help ease your mind and get you snoozing quickly. A recent study by Baylor University found that people who wrote down their to-do lists the night before were able to fall asleep much quicker than people who did not. 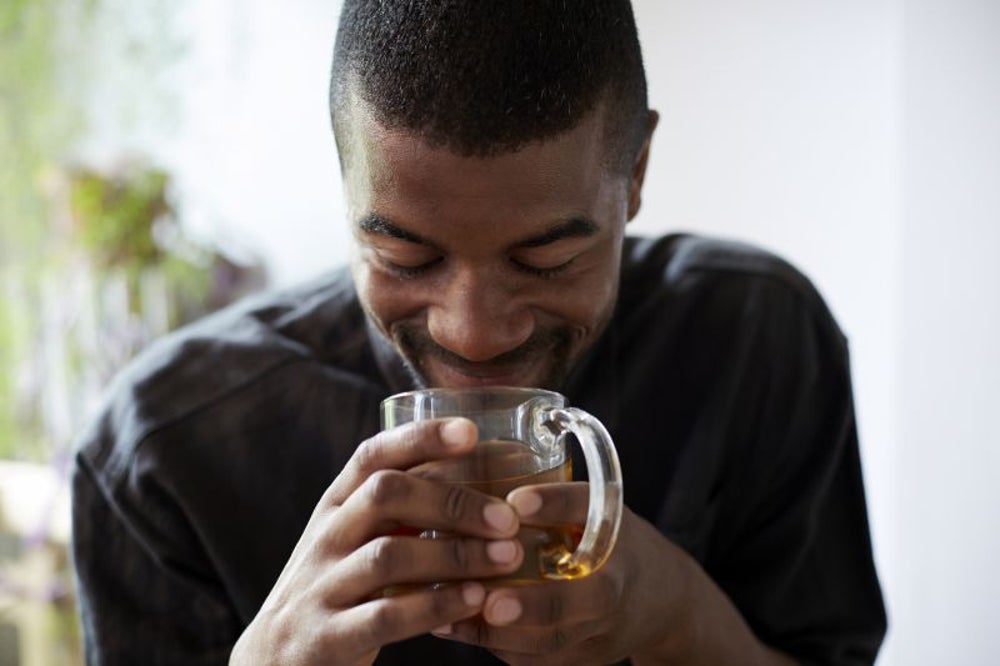 Image credit: Granger Wootz | Getty Images
Chamomile tea will not only help calm an anxious mind, but will also induce it to sleep. That's why a cup before bedtime is the perfect thing to help you fall asleep fast. According to research, an antioxidant called apigenin is a common ingredient in chamomile, and apigenin binds to specific receptors in the brain that initiate sleep.

Go to bed at the same time every day. 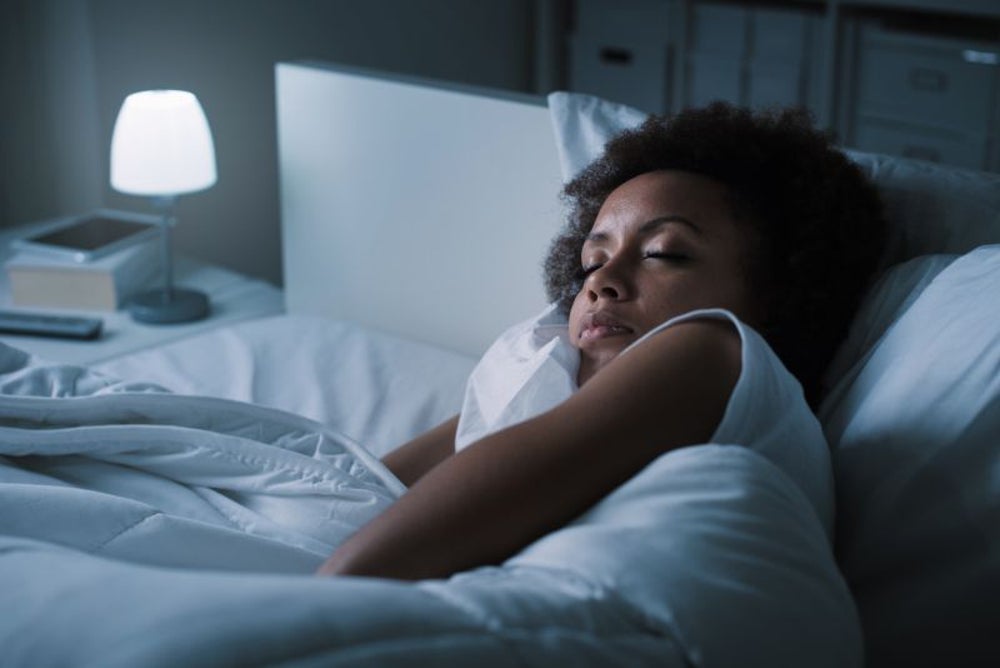 Image credit: demaerre | Getty Images
Going to bed at the same time every night will help you cut down on the amount of time spent tossing and turning. Research shows that maintaining a regular sleep schedule can significantly reduce the amount of time it takes you to fall asleep. One study found that people who shifted from irregular to regular sleep patterns got a whopping 45 minutes more snooze time every night. Another study, which examined a group of college students, yielded similar results -- students with irregular sleep patterns took almost twice as long to fall asleep than people with regular ones.

Have a good laugh. 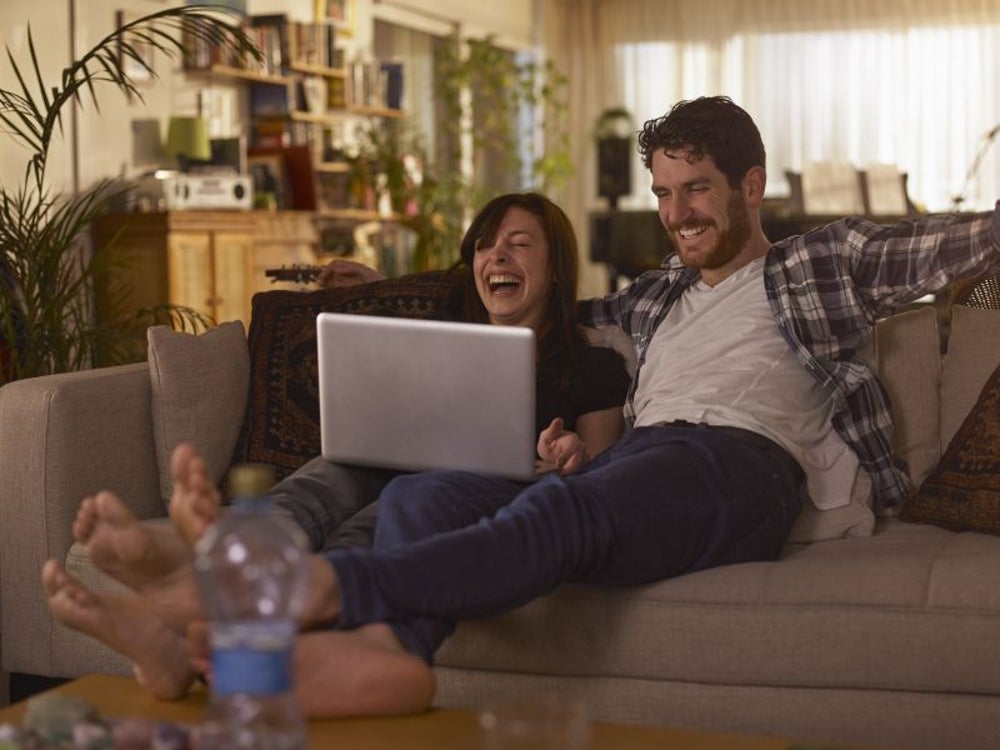 Laughing is not only linked to happiness, but a link between giggles and sleep has also been discovered. One study found that when people laughed, their melatonin levels increased, making it easier for them to drift off to sleep.

No more pets in bed. 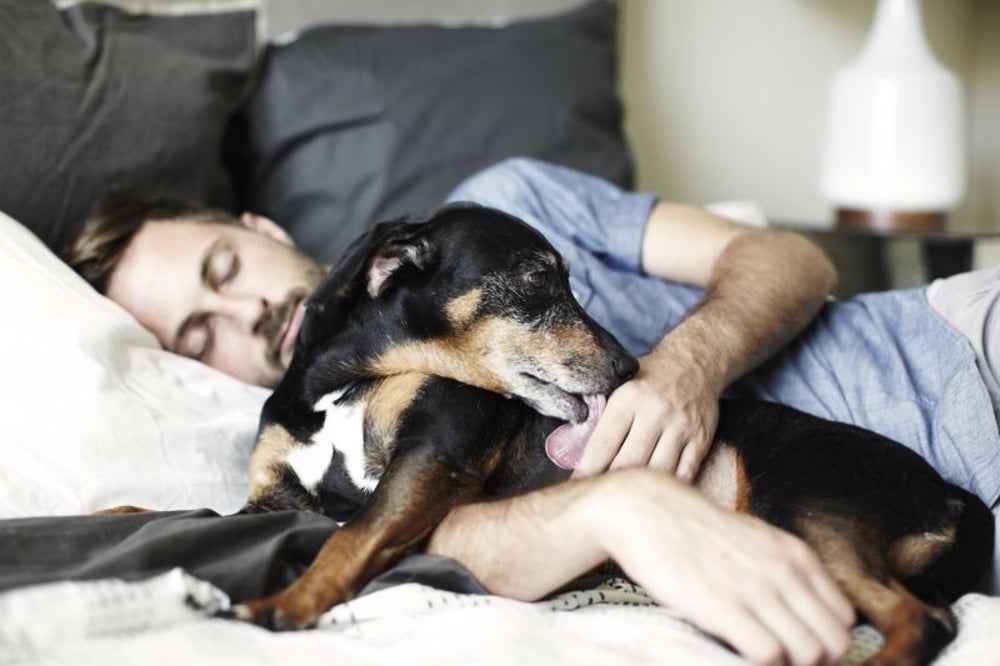 Image credit: SG Hirst | Getty Images
It might be tough, but it's time to tell your furry friend to hop off the bed. According to research, having your dog in bed with you makes it more difficult to fall and stay asleep. However, that doesn't mean you've got to say goodbye altogether. In fact, the same study reveals having your pup sleeping in the same room as you can help you sleep better. 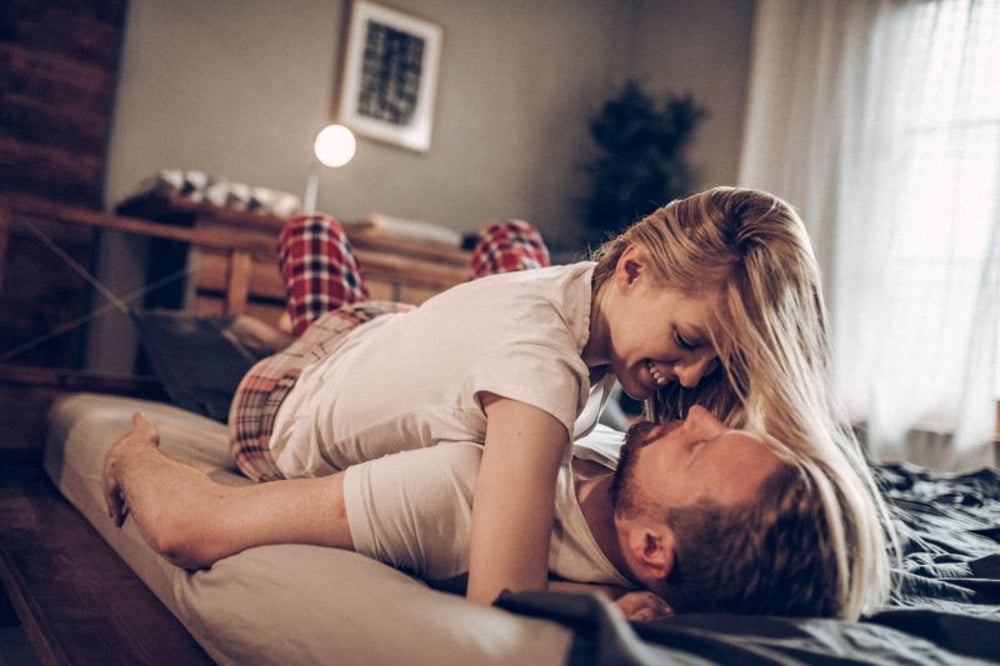 Image credit: eclipse_images | Getty Images
While sex can help reduce stress, it can also help you get more zzz's at night. A 2016 study found that people who had sex before bed not only slept better throughout the night but they also fell asleep quicker too. 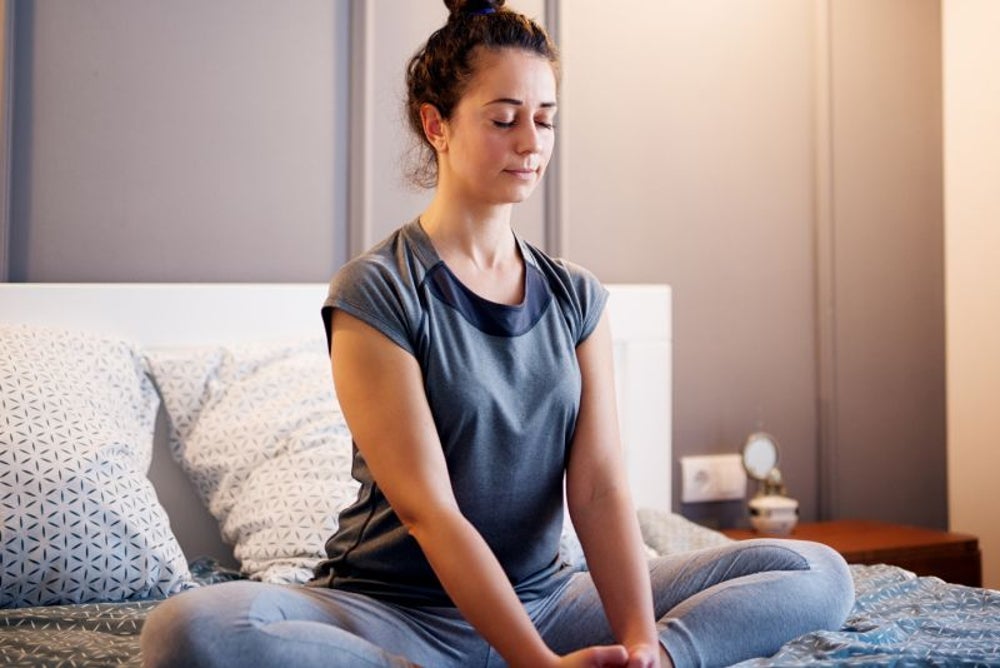 Image credit: dusanpetkovic | Getty Images
There are a number of breathing techniques that are said to help people fall asleep faster. While some can be tricky and time-consuming, one quick trick is switching off holding down each nostril while you breath through the other one. This is called "alternate nostril breathing" and research shows that it helped people calm their nerves and reduce their heart rate, which will help you relax and fall asleep. 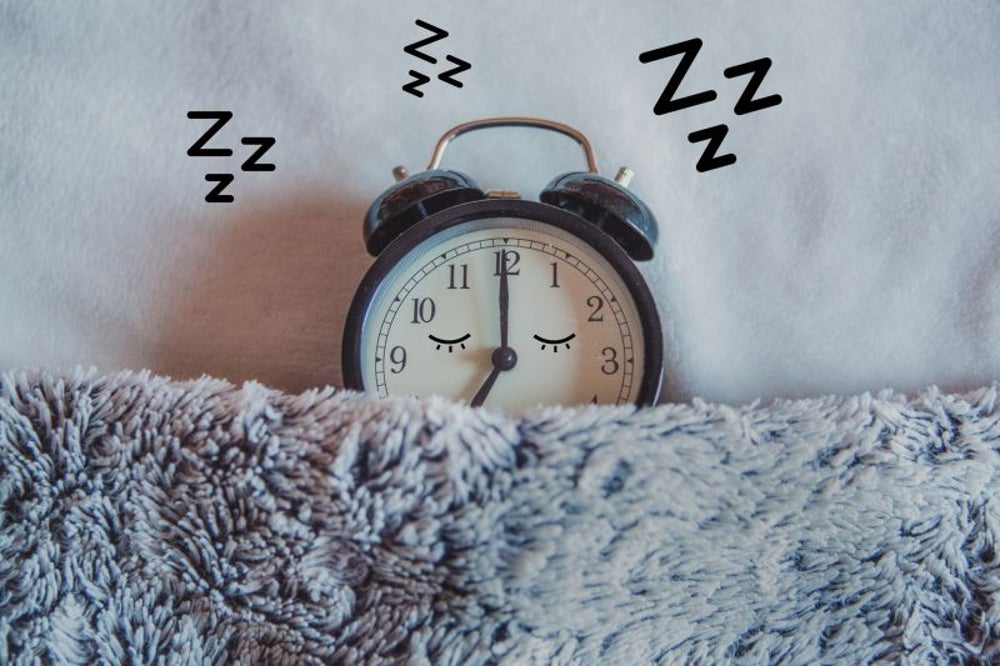 Image credit: Carol Yepes | Getty Images
Above all, the most important thing you can do to give yourself some extra snooze time every single night is to be consistent. Research published in Sleep revealed that having a consistent bedtime routine was linked to significant improvements in sleep quality.
More from Entrepreneur