10 Ways to Boost Your Confidence Quickly, According to Science

From talking to yourself to taking a selfie, check out these research-backed hacks to boost your self-esteem.
Next Article

Whether you’ve been recently laid off or didn’t get that promotion you hoped for -- confidence doesn't always come easy. But whatever your situation, there are a number of things you can do to boost your self-esteem and get back on track for success. Because in the end, confidence is the key to success, even if that means you have to “fake it till you make it.”

It might sound strange, but for a quick pick-me-up, try splashing on some perfume or cologne, speaking about yourself in second person or even taking a selfie. According to research, these activities are surefire tactics to boosting your confidence. Here are 10 research-backed ways to boost your self-esteem. 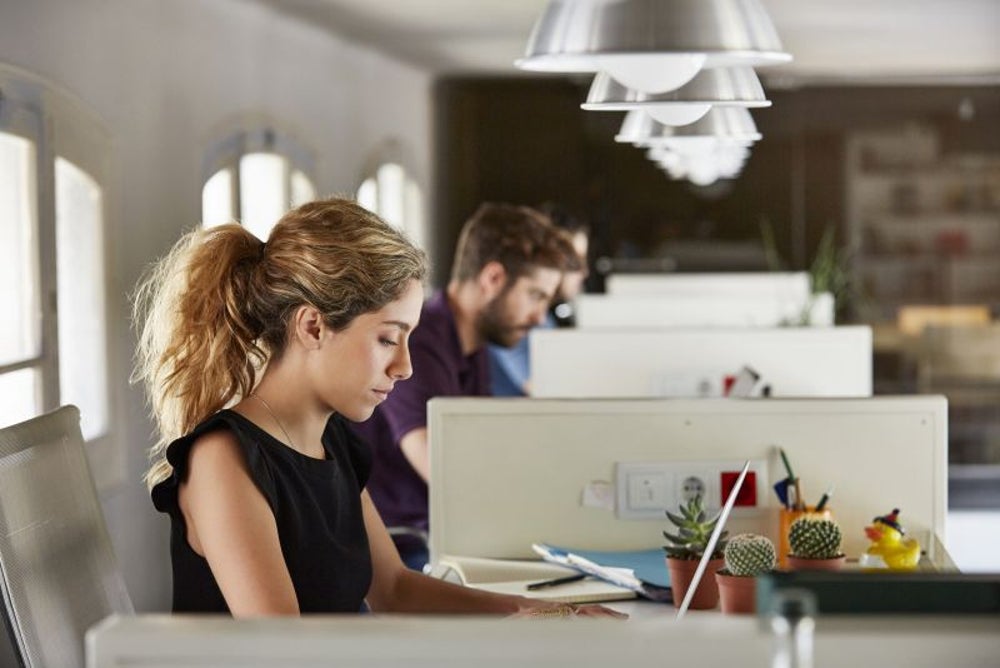 Image credit: Morsa Images | Getty Images
If you’re feeling down about yourself, one quick tip to lift you up is throw on an all-black outfit. A 2015 study uncovered the colors that people most associate with certain characteristics. It turns out, black makes people appear more attractive, intelligent and confident. Not only that, but overall the color black was voted as the most attractive, compared to every other color. According to the study, 66 percent of women thought black was the most attractive color on a man, and 46 percent of men thought that about women. 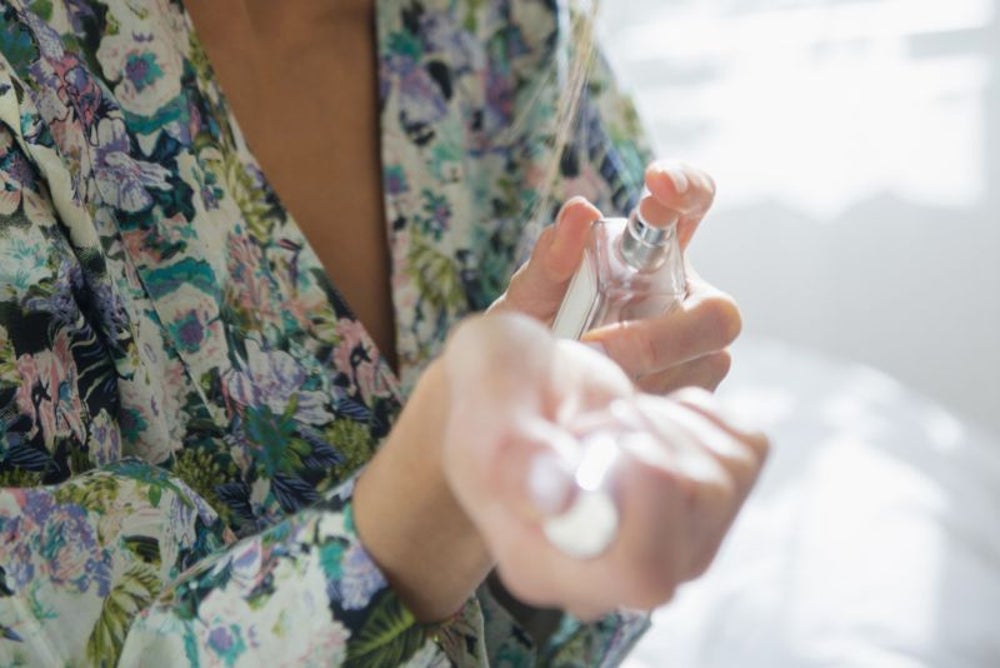 Image credit: JGI | Jamie Grill | Getty Images
The way you smell can have significant impact on not only the way you perceive yourself but how others perceive you as well. A study published in the Journal of Cosmetic Science found that men who used cologne showed an increase in self-confidence and were perceived as more attractive by the people around them. 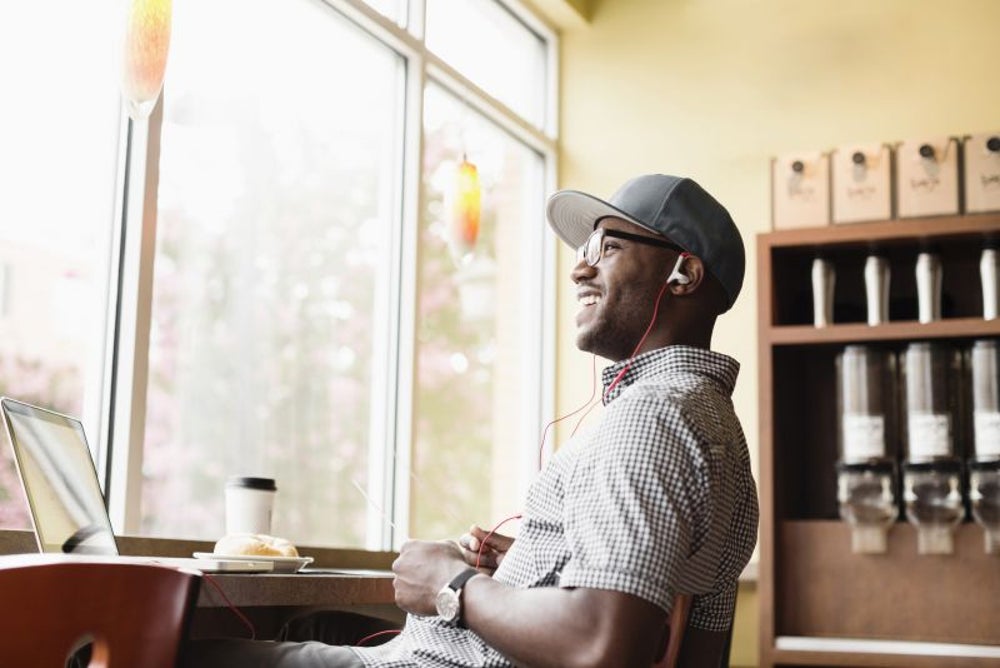 Music can have a major influence on a person’s mood. When it comes to a confidence booster, listening to music that has a heavy bassline is the perfect thing. In a study conducted by Northwestern University, 78 students were asked to listen to a two-minute instrumental piece twice. The first time they listened, the piece had a quiet bass line, and the second time, researchers turned up the bass. After listening to the piece with heavy bass, participants said they felt more powerful, dominant and determined.

Related: To Massively Increase Your Confidence, Plan to Spend Your Time Constructively 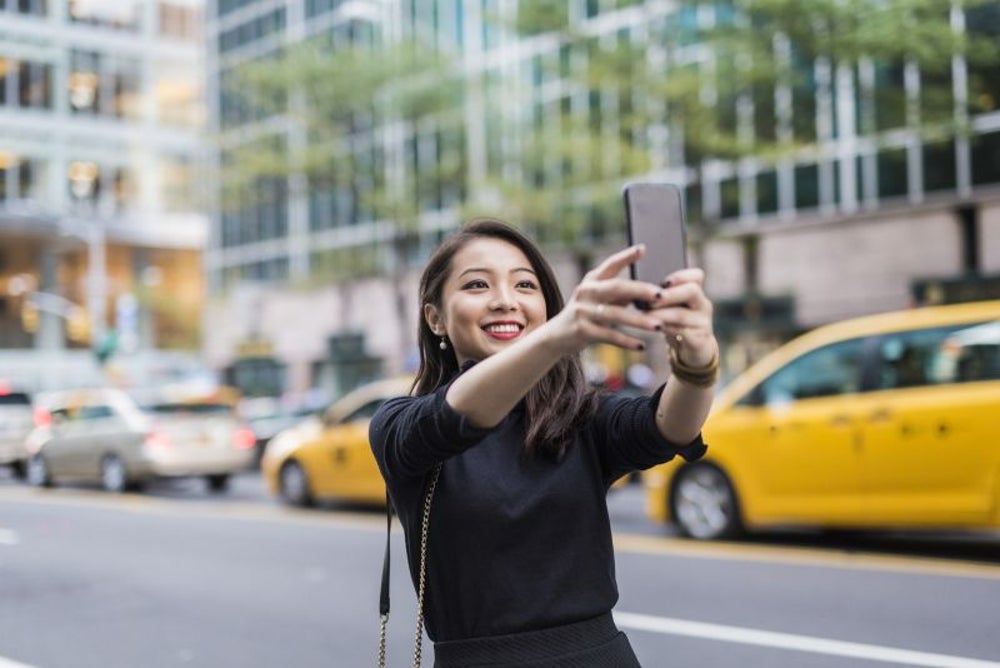 Image credit: Westend61 | Getty Images
It looks like it might be time to hop on the selfie bandwagon after all. According to a study from the University of California, Irvine, taking lots of selfies can boost your self-esteem. In the study, researchers followed a group of 41 students, asking them to take three types of photos every day: selfies of themselves smiling, a photo of something that made them happy and a photo of something they believed would make someone else happy. Each type of photo made the subjects happier, however when they took selfies, they reported the highest levels of increased self-confidence. 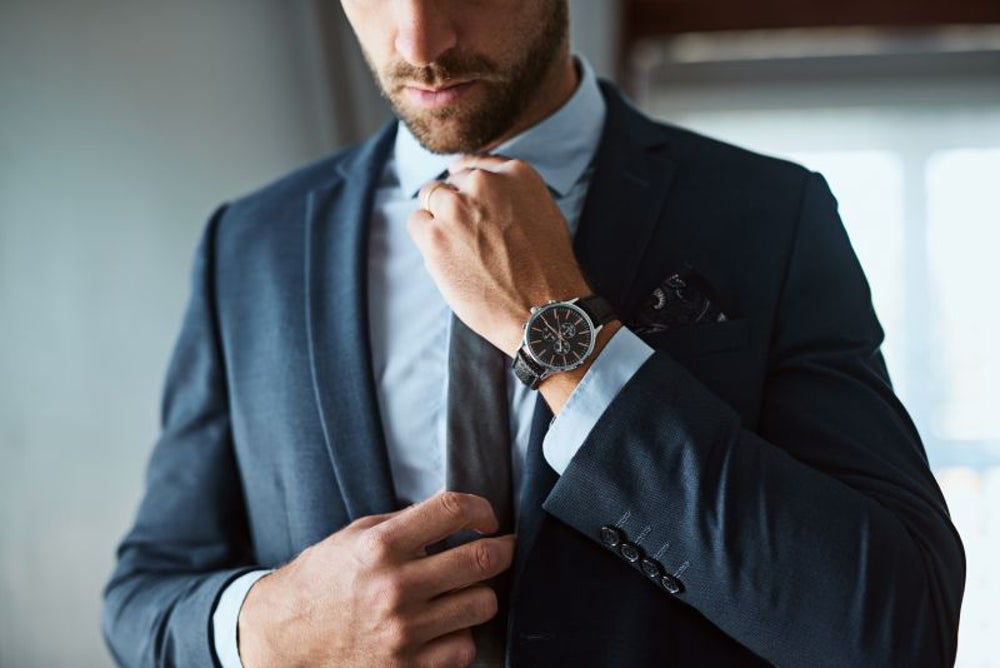 Image credit: PeopleImages | Getty Images
The old saying, “dress for success,” isn’t so far-fetched after all. One study published in Journal of Experimental Psychology divided 128 men into three groups, one dressed in suits, another in sweatpants and the other in casual attire, and then asked them to roleplay a negotiation scene. In the end, the men dressed in suits showed higher levels of dominance, job performance and confidence, resulting in better negotiation deals. 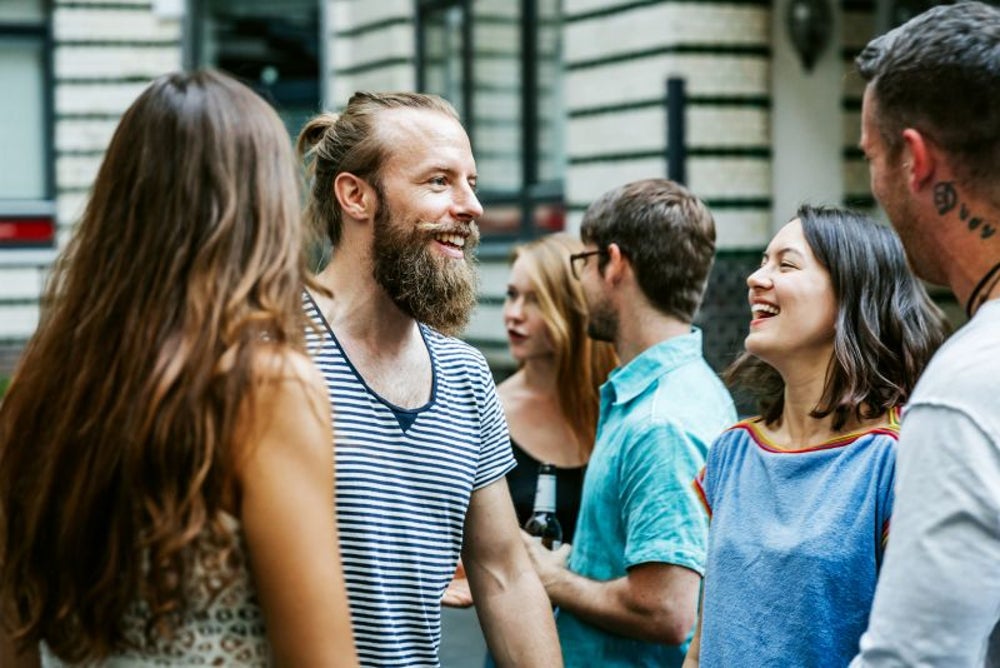 Image credit: Hinterhaus Productions | Getty Images
The people who you choose to surround yourself can have an incredible impact on the way you feel. That’s why it’s important to build yourself a large network of supportive friends. According to research from the Canadian Institute for Advanced Research, the more social groups a person is involved in, the higher a person’s self-esteem. 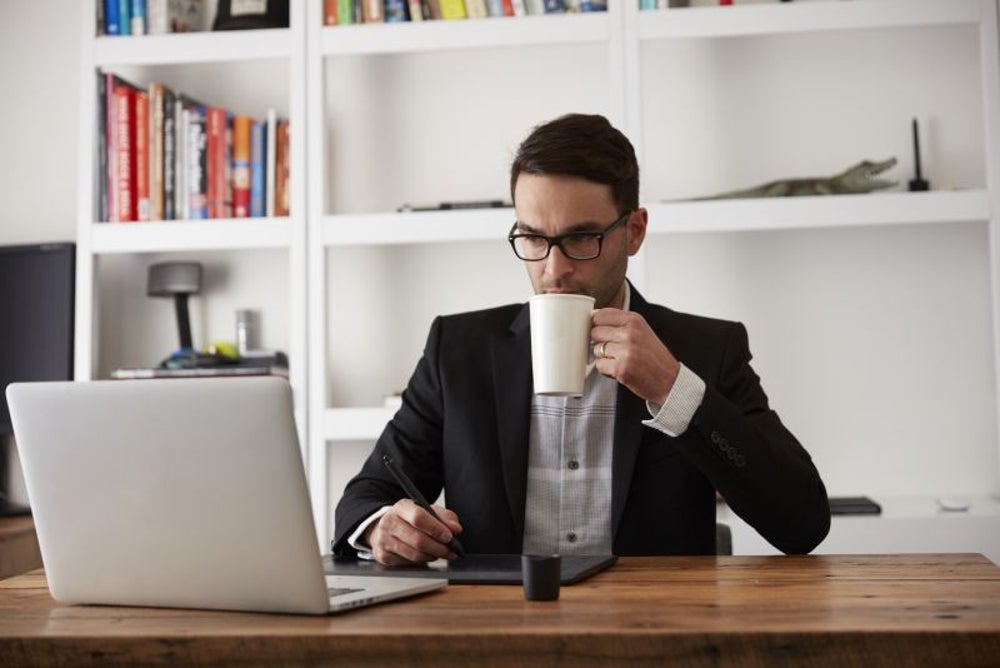 In addition to benefiting your physical health, a good posture can also boost your confidence levels. A study by researchers at Ohio State University asked a group of students to complete various tasks while sitting up straight or slumping, and self-report three positive and three negative traits. The students who were advised to sit up straight were more likely to rate themselves for positive traits, compared to slumping students who were more negative.

Related: Be a Better Leader: Build Confidence With Open Communication 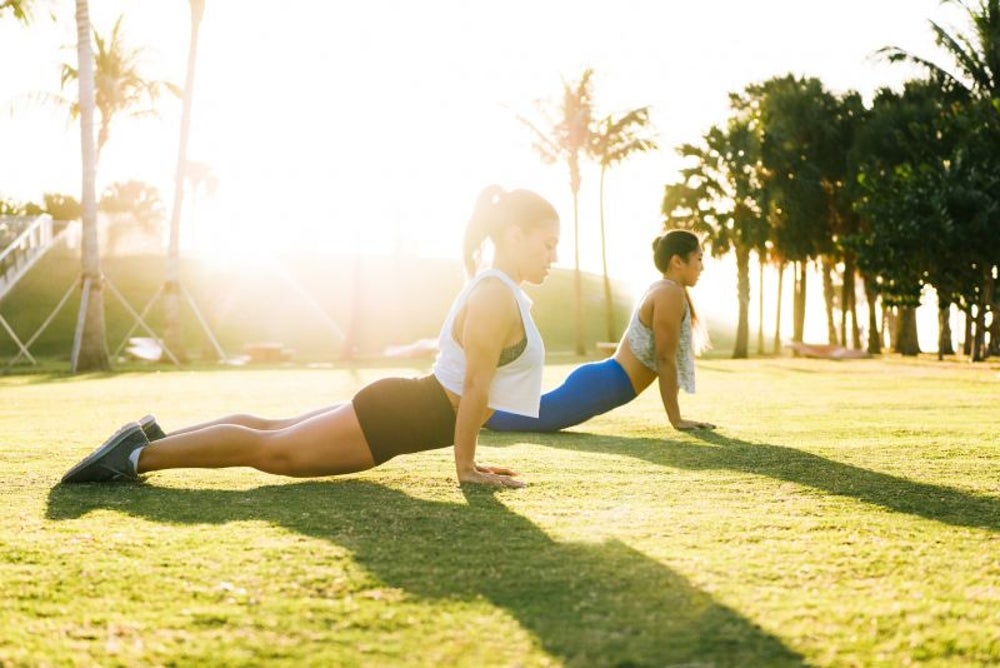 Image credit: Corey Jenkins | Getty Images
Take your workout outside. According to a study published in the International Journal of Environmental Health Research, exercising outside has a direct positive impact on a person’s self-esteem.

Talk to yourself in second person. 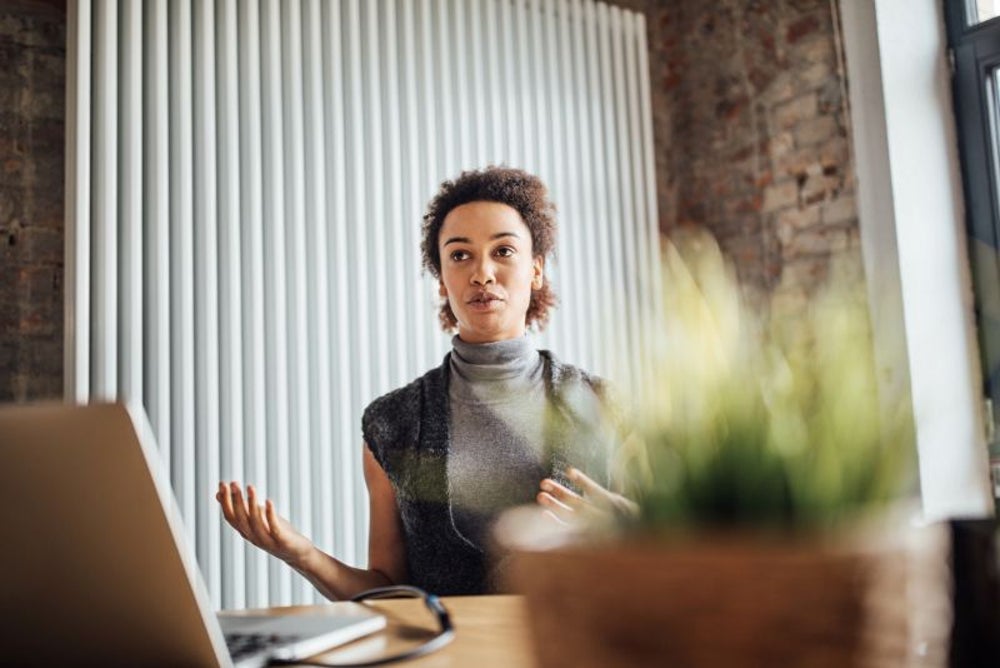 Image credit: Luis Alvarez | Getty Images
Positive self-talk is a surefire way to boost your confidence levels quickly. However, the way in which you positively self-talk matters too. In a study published in the European Journal of Social Psychology, half of participants were told to talk to themselves positively in the first person (“I”), and the other half was instructed to talk to themselves positively in the second person (“you”). The individuals who spoke to themselves in the second person reported higher levels of motivation and confidence. The researchers concluded that this was because the use of “you” reminds us of receiving advice and encouragement from other people. 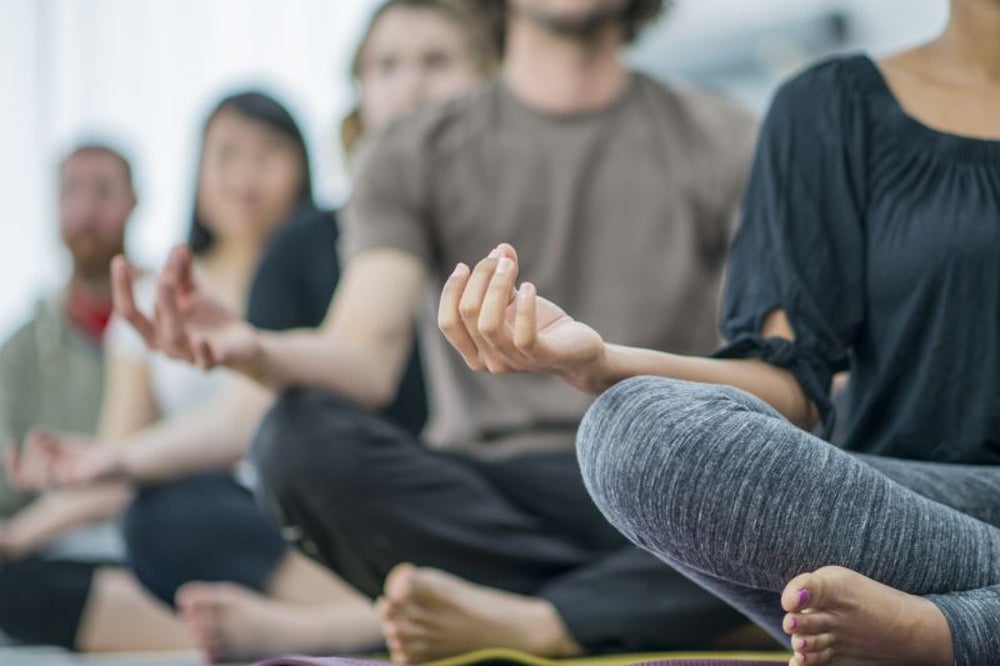 Image credit: FatCamera | Getty Images
Practicing mindfulness is a great way to increase your confidence. In fact, a number of studies show mindfulness practices including meditation and yoga directly affect self-esteem. According to a 2017 study, yoga poses that focus specifically on breathing and meditating help boost self-esteem. A study published in 2008 found meditation benefits a person’s confidence as it provides self-control and focus.
More from Entrepreneur

Feel the Fear and Do It Anyway: 4 Ways to Boost Your Confidence

This Course Can Help You Overcome Doubts and Reach Peak Potential