See what companies celebrities like Ashton Kutcher, Serena Williams and Will Smith have invested in.
Next Article Add to Queue


Sure, wealthy celebrities splurge on ridiculous things. After all, they’re filthy rich. But, a surprising number of millionaire stars have elected to spend their money a different way -- by investing it.

Read on to learn about the companies that have garnered major celebrity cash. It turns out rich celebrities can make surprisingly smart business moves. 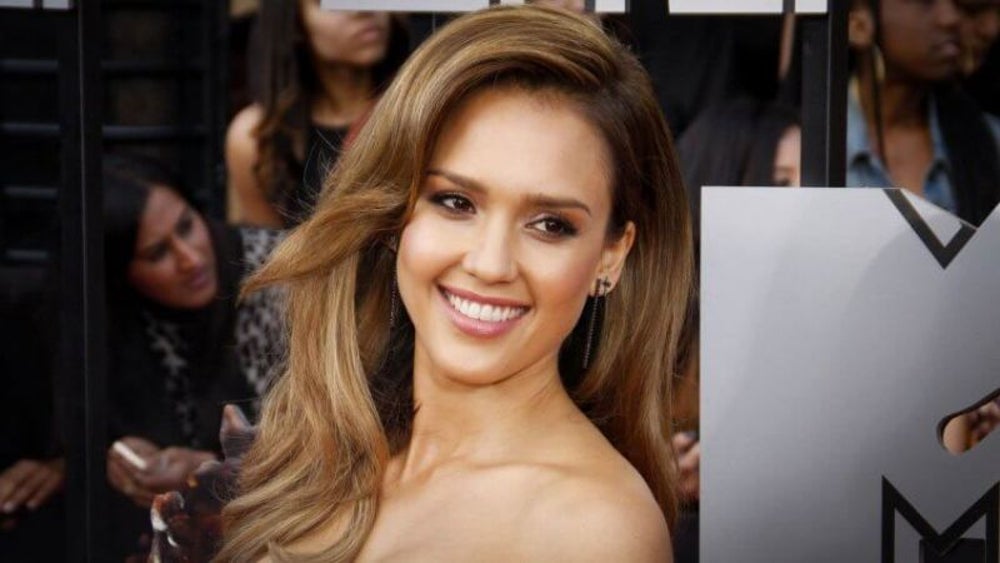 Between Sting’s tantric yoga practice and the selection of $956 toiletry collections from Gwyneth Paltrow’s Goop company, it’s well known that celebs are fans of new-age wellness practices. Maybe that’s why Headspace, a guided meditation app and multi-day digital course in mindfulness, has attracted so many celebrities: Jared Leto, Cash Warren, Jessica Alba and Ryan Seacrest all gave undisclosed amounts during a series A funding round that totaled $34.3 million in 2014. In fairness, their bet could pay off, as numerous studies point to real benefits from meditation, ranging from heightened attention spans to greater self-compassion. 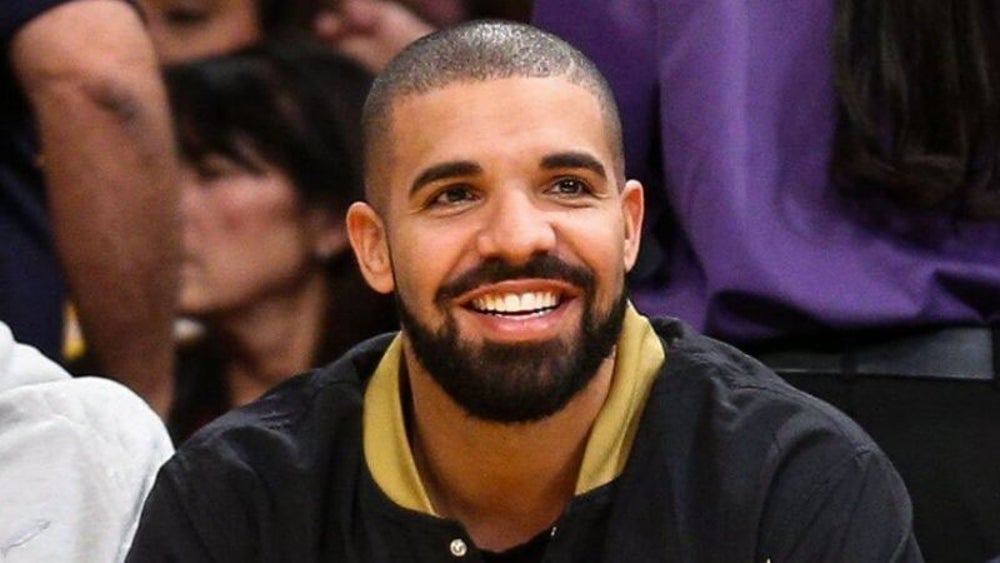 Rapper Nas was early to the Madefire party -- his investment in a spring 2013 venture round totaling $3.5 million inspired Drake to jump in on Series B funding for Madefire, which amounted to $6.5 million in October of 2016. The digital motion books company announced a startup superteam that same month when it paired with Oculus to create VR comic books. 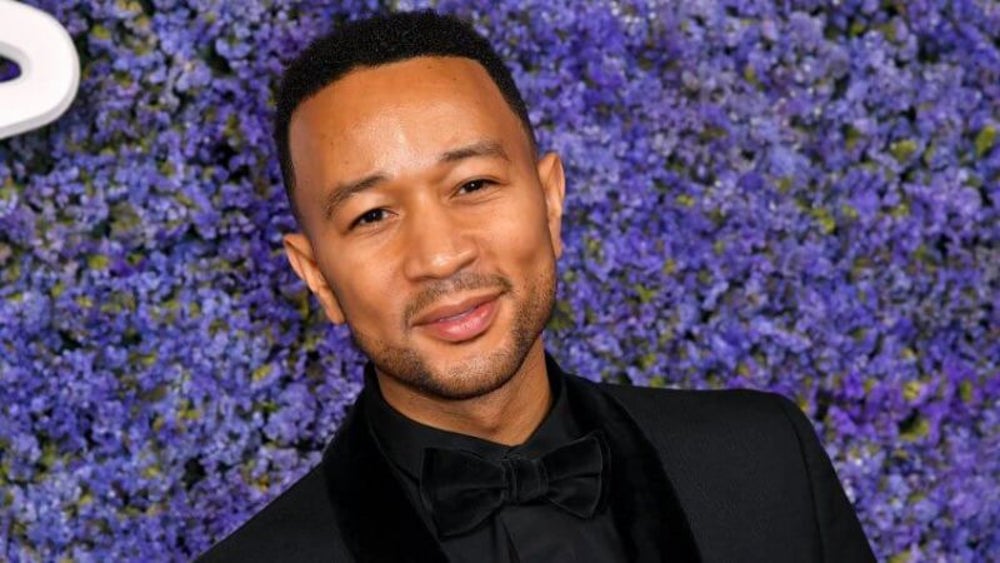 No, Gobbler is not a turkey farm for the Hollywood elite -- it’s a digital subscription service for professional audio engineers, offering a rotating slate of audio software for a flat monthly fee. Given the company’s emphasis on collaboration among music makers, it’s no surprise that John Legend, Elton John, Jared Leto, Troy Carter (Lady Gaga’s former manager) and musician-producer Ryan Tedder all jumped in early on seed funding rounds that raised over $3 million from early 2011 to late 2014.

Related: Businesses You Didn't Know Your Favorite Celebrities Own 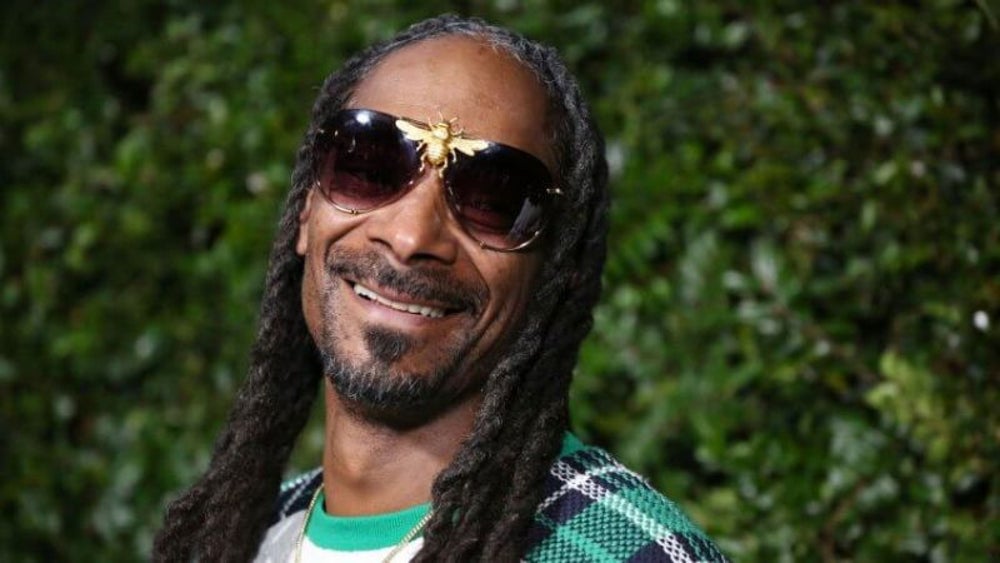 Not all celeb investments involve trendy digital platforms. The third-wave coffee shop chain Philz, founded 25 years ago by Phil Jaber, got a big boost when Pulp Fiction producer Lawrence Bender, Jamie Kennedy, Jonah Hill and Snoop Dogg got in on a $15-million series B funding round in early 2015, prompting an expansion of 10 new stores nationwide on top of the original 18 locations in California’s Bay Area. According to a financial advisor who spoke to Fox’s KTVU in 2015, Snoop has a “special affinity for organic ingredients” and loves the way Philz “respects the coffee bean.”

The specialty coffee boom has led to a big increase in the average cost of a cup of joe. 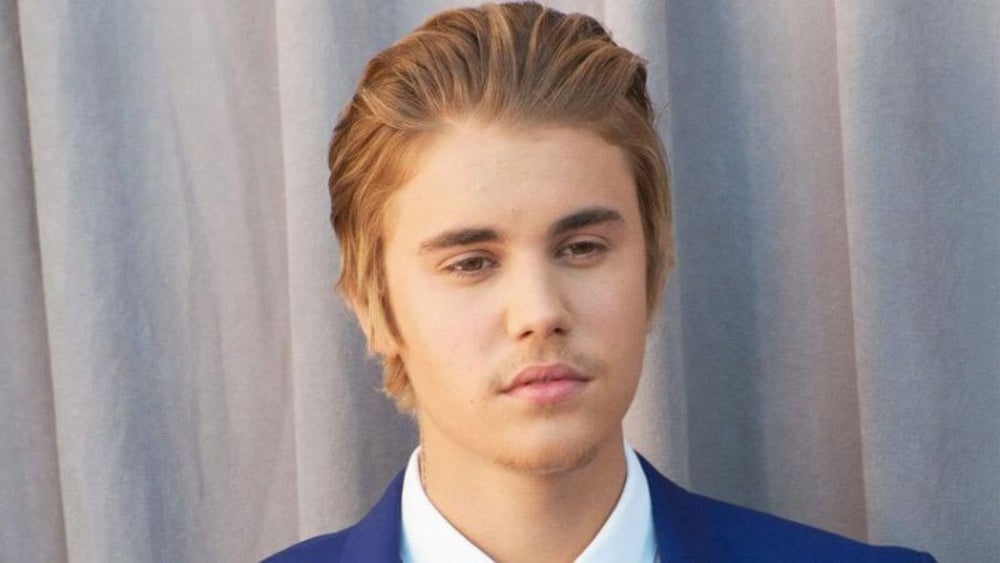 It should come as no surprise that media companies are a favorite of celebrity investors, as Floyd Mayweather, Omar Epps and Justin Bieber proved when they helped raise $2.7 million worth of seed funding for Shots Studios in late 2013. Grammy Award-winning producer Rodney “Darkchild” Jerkins hopped in on series A funding, too.

Shots gives social media stars a wide-reaching platform. The company snapped up a stable of internet-famous YouTubers and former Vine pros. According to Forbes, their eight-creator roster had more than 85 million followers on Instagram and YouTube and over 3 billion views on the latter as of August 2017. Since then, more comedians like Marlon Wayans have partnered with the studio. 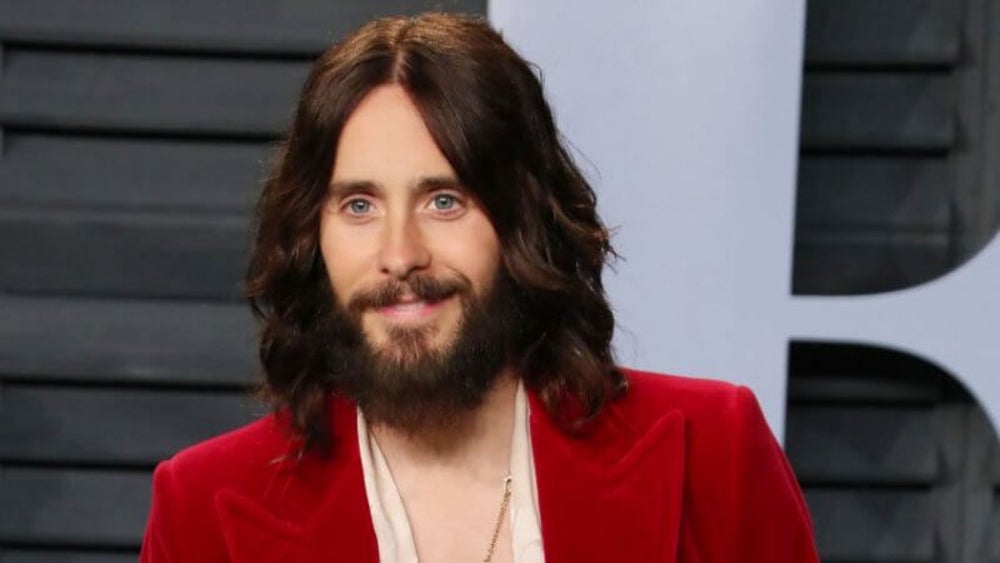 You’ve probably already noticed that Jared Leto’s name is on this list a whole lot -- the serial investor has made 20 investments in various startups, from Reddit to Blue Bottle Coffee, since 2012.

Alongside Leto, Jon Favreau and will.i.am contributed to the 2015 series A funding valued at $15 million. Maybe they enjoy the convenience of an app that recommends restaurants, makes reservations, organizes invites and even helps pay the bill before it arrives. Speaking of celebs, Variety reports that talent agency WME -- which reps a whole swath of stars -- was also part of series A financing.

You don’t need celebrity-level cash to start investing -- learn how to invest even if you have just $500 to start.

Related: 16 Successful Entrepreneurs on the Worst Advice They Ever Received 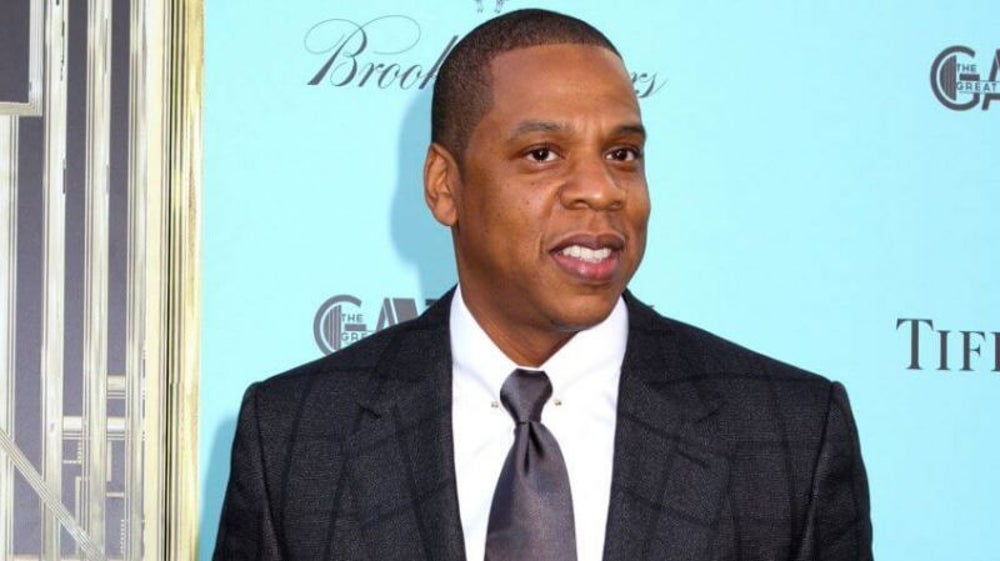 In 2015, Forbes reports, Jay-Z paid $56 million to acquire Tidal owner Aspiro, with plans to offer Tidal’s high-resolution music subscription service for $20 per month. His plan was backed by a slew of celebrity musicians, from Madonna to Nicki Minaj, all buying in for a shared 3 percent of the company. They might see their investments pay off: Sprint purchased a 33-percent stake in Tidal to the tune of $200 million in January 2017, making the service available to Sprint’s more than 45 million retail customers.

But, the streaming platform has also been hit with its share of controversy: In May 2018, Norwegian newspaper Dagens Næringsliv accused Tidal of inflating streaming numbers for Beyonce and Kanye West albums, Forbes reported, and in June 2018, Tidal and West were hit with a lawsuit for falsely stating that his The Life of Pablo album would be exclusively available on the platform, Pitchfork reported. 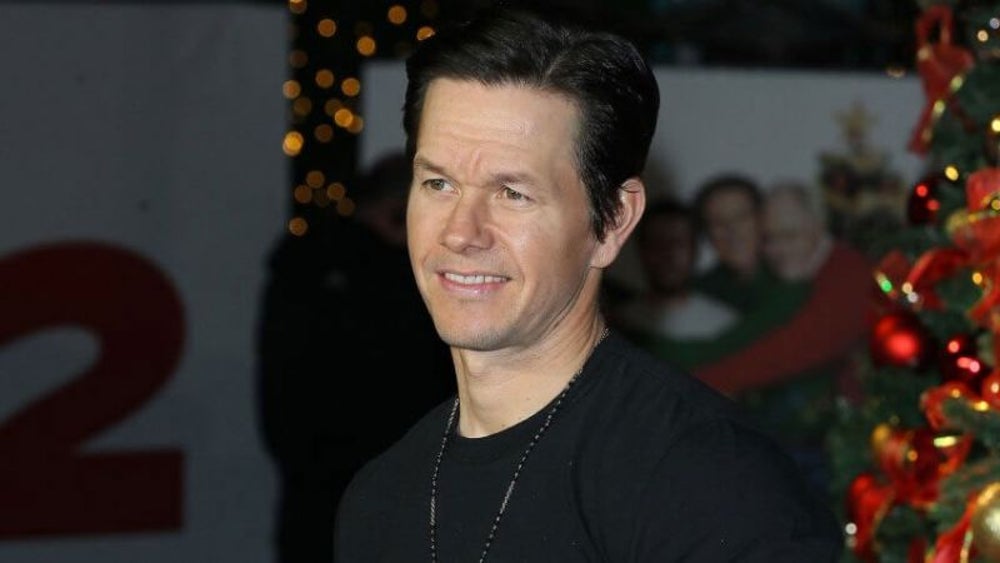 It might sound like a stock trading app, but StockX is actually an online marketplace for buying and selling sneakers. With that in mind, it makes a little more sense that Cleveland Cavaliers owner Dan Gilbert and NBA legend Magic Johnson invested in both venture and series A funding rounds, netting the company about $6 million combined. Mark Wahlberg and Justin Bieber’s talent manager Scooter Braun got in on the fun, too, because, who doesn’t love shoes?

Their confidence seems like a smart move, as StockX expanded its lineup to watches and handbags in 2017, and in September 2018 it got an additional $44 million in funding from Google’s investment arm GV and Battery Ventures, plus stars like Steve Aoki and Karlie Kloss, GQ reported. With the success of this investment, Johnson’s status as one of the richest athletes of all time is even more secure. 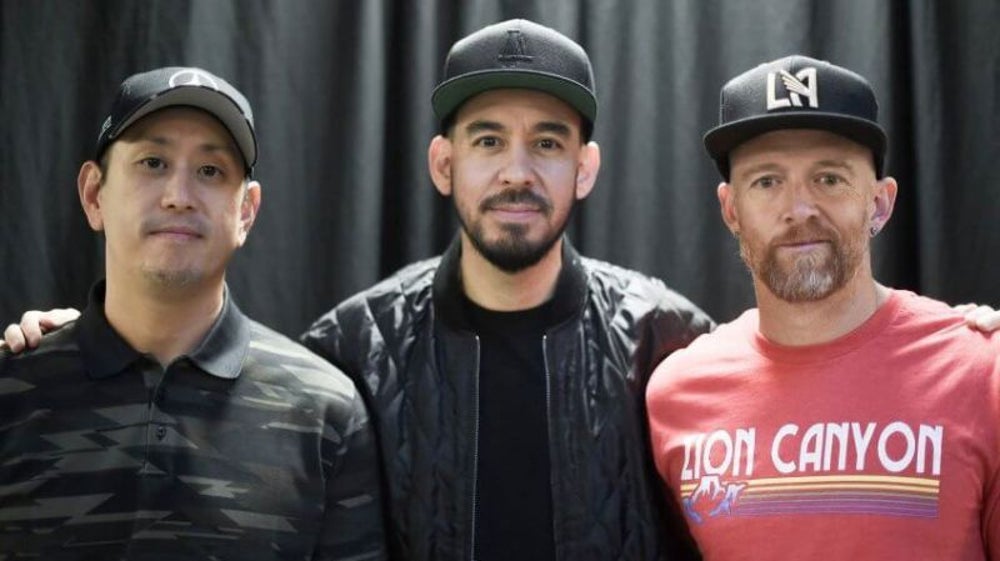 StockX might not be a trading app, but Robinhood sure is -- via the lower costs of tech-driven brokerage, the app allows users to trade for free. In a way, this Robinhood has definitely already taken from the rich: Jared Leto, Nas and Snoop Dogg contributed to a $13 million series A round in 2014.

In a 2015 series B round, Machine Shop Ventures, a VC firm owned by the band Linkin Park, joined the party. Their unlikely portfolio includes techy startups like Wavedash Games, Lyft and Hyperloop One, a strategy that made perfect sense to co-founder Mike Shinoda, who told CNN Money, “To be around that kind of culture with people who are super cutting-edge thinkers … that’s inspiring to me. I feel like we’re more at home there.”

Related: How Rich Was Warren Buffett at Your Age? 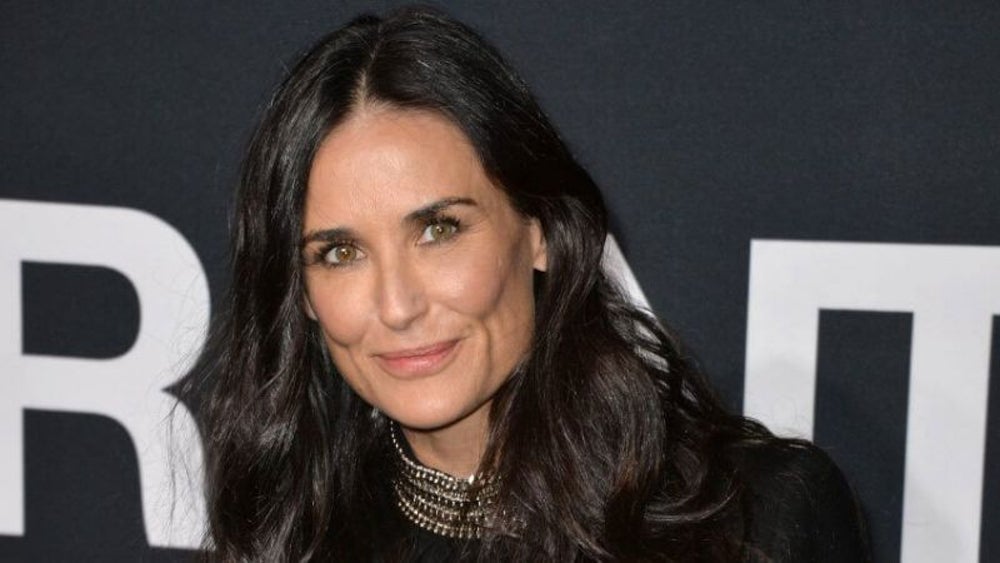 Another big-hitting startup, Thrive Market’s 30 investors  -- Deepak Chopra, Demi Moore, John Legend and Tony Robbins among them -- raised nearly $162 million in funding from 2014 to October 2016. Across seed and series A funding, celebs helped Thrive raise an impressive $40.88 million toward the online marketplace’s mission of offering organic products at a reduced price. Since its launch, an impressive list of hundreds of organic product makers have joined Thrive’s lineup, ranging from Airbiotics to Zico. 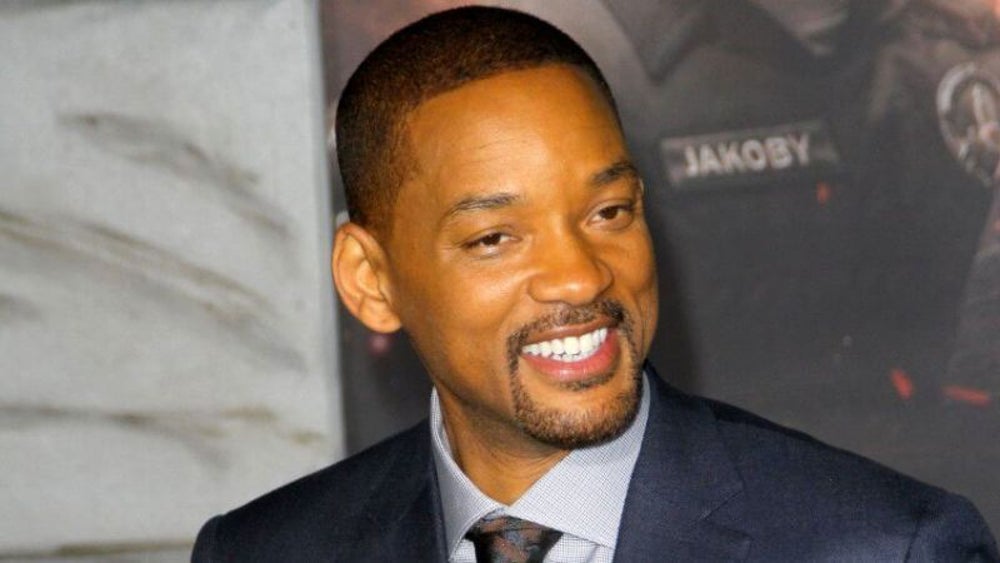 There might have been a deeper meaning when Nas rhymed, “Time is illmatic/keep static like wool fabric,” because in 2011, he became an investor in luxury sock company Stance. Of course, it could just be a coincidence, as Nas is a prolific investor with more than 25 investments to his name since 2011, including breakout successes like Genius and Change.org. Stance was his first investment baby, but Nas was in good company alongside Troy Carter and Will Smith, who added to series A funds totaling $6 million. 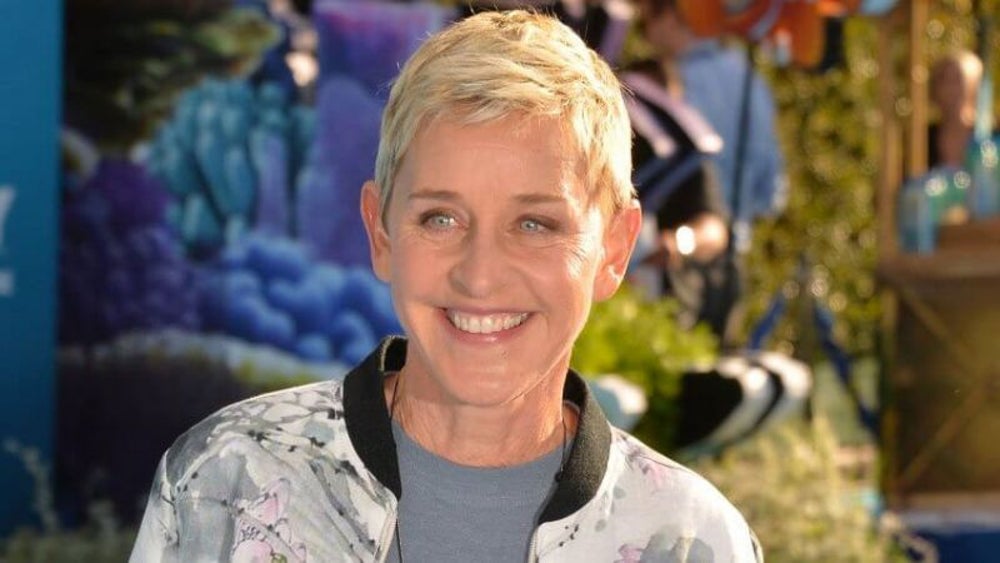 Stamped, a mobile app that enabled users to save and record info in the fleeting world of online social media, didn’t pan out so well for Ellen DeGeneres, Justin Bieber and the other celebs and venture capital firms who raised $3 million in seed funding through July 2012. That same year, the Wall Street Journal reported that the app was sold to Yahoo for about $10 million as part of then-CEO Marissa Meyer’s 53-company, $2.3-billion acquisition frenzy. Later in 2012, Stamped shut down and its employees went on to work in Yahoo’s mobile division. 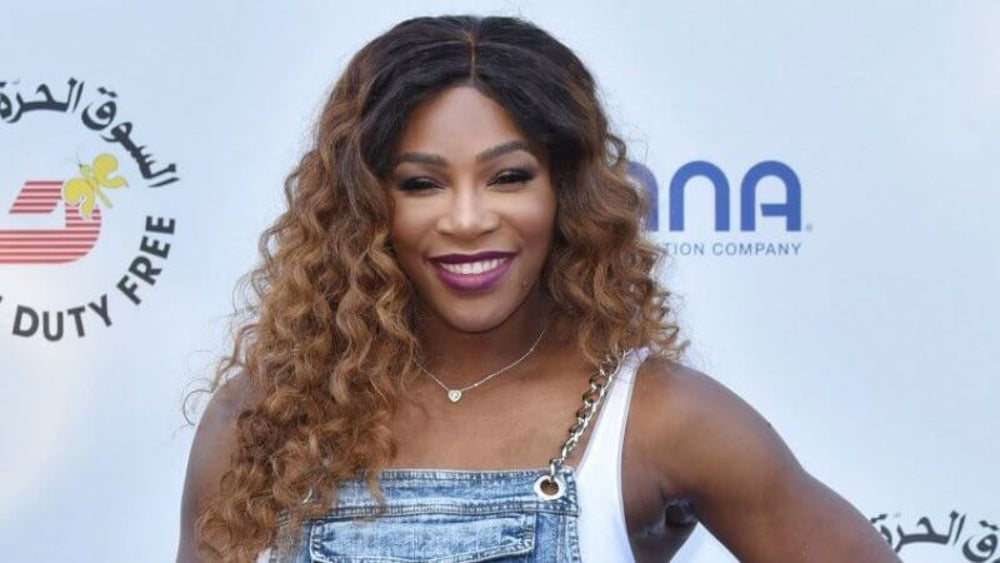 Mobli was a social photo- and video-sharing app that sought to compete with Instagram and Vine when it launched in 2010. Celebrity investors included Leo DiCaprio and Serena Williams. It didn’t take off, however, and shut down in 2016. In 2017, the company sold one of its key patents -- a way to filter photos based on location -- for $7.7 million to Snap. 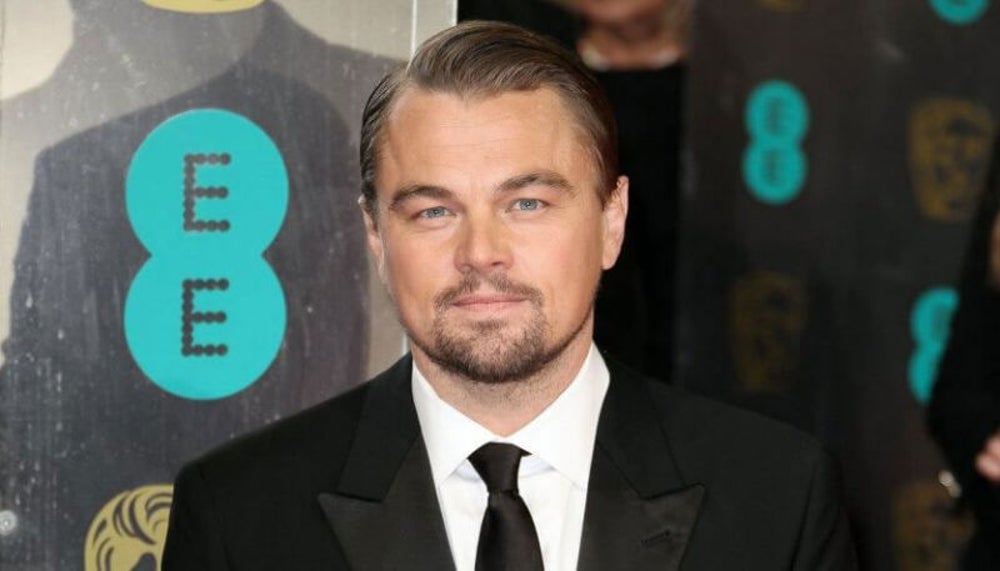 We already knew that celebrities love Tom Ford and Moët & Chandon, but apparently they’re really into mattresses engineered for maximum comfort, too. From Leo DiCaprio to 50 Cent, Casper’s long lineup of investors reads like the guest list at an Oscars afterparty. Most of the famous financiers slept on the opportunity a bit, waiting until series B and C rounds in 2015 and 2017 -- which racked up a combined total of $225 million -- before putting up their cash. That makes Casper the third-most funded celeb-backed startup on our list. 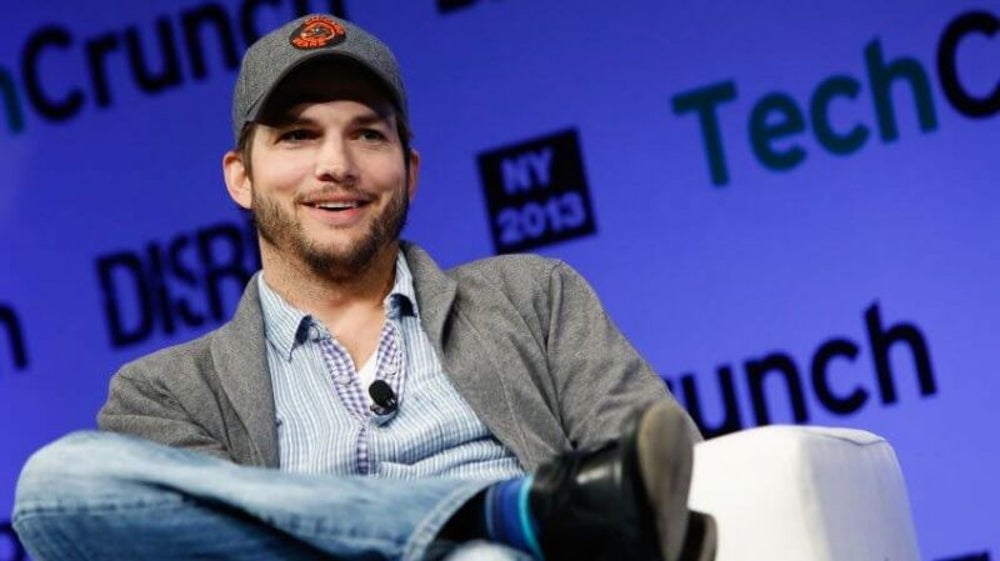 Remember when we said that Casper was the third-most funded celeb-backed startup on the list? The contest for first place isn’t even close, as Uber clocks in with a monumental $22.2 billion in equity funding. Seed funder Ashton Kutcher believed in the revolutionary upstart back in 2011, when he invested $500,000 with his business partner, Guy Oseary. As the frequent Uber-rider told Forbes, Uber’s “not even actually taking on the taxi companies -- [it’s] taking on the notion of owning a car,” Kutcher said.

Kutcher knows investments, as his portfolio includes Skype, Airbnb, Spotify, Pinterest, Shazam and Warby Parker. And he’s not alone. Gizmodo reports that Jay-Z invested in Uber’s $37 million series B round, while Fortune also lists Britney Spears as an investor.

Despite its recent PR troubles, Uber has been able to continue growing its revenue thanks to its expansions into international markets, including Russia and Southeast Asia, Recode reported.

Click through to see which celebrities are extremely successful entrepreneurs.

Raising Money? These are the 5 Qualities Impact Investors Look for in Founders.

New York May Legalize Online Gambling, Should You Bet on DraftKings?

Does Your Startup Have the 3 Things Netflix Co-Founder Marc Randolph Wants to See in an Investment?