From Beyoncé to Colson Whitehead, these quotes will inspire you to take a closer look at yourself
Next Article

Pop culture is a powerful force, and the people who shape it are thought leaders in every sense of the word. Their viewpoints and creative ventures fuel everything from dinner conversations, to public policy and consumer trends. While it's tempting to assume cultural luminaries were simply born with incredible talents that separate them from "normal" people, the truth is much messier.

Related: 33 Inspiring Quotes About Achieving Your Dreams as an Entrepreneur

To get where they are now, every successful person had to make many, many mistakes. And somewhere along the way, they figured out who they are, and what works for them. From daily mottos to overarching life philosophies, it's important for all leaders, creators or entrepreneurs to understand themselves—what they believe is important, how they want to treat people, how they want to be regarded, how they want to move through their days, weeks and years—so that they can be their best selves, and give their most ingenious work to the world.

Here are some inspiring quotes to help you think about what matters most to you, so you can elevate your daily habits and move closer to achieving your dreams. 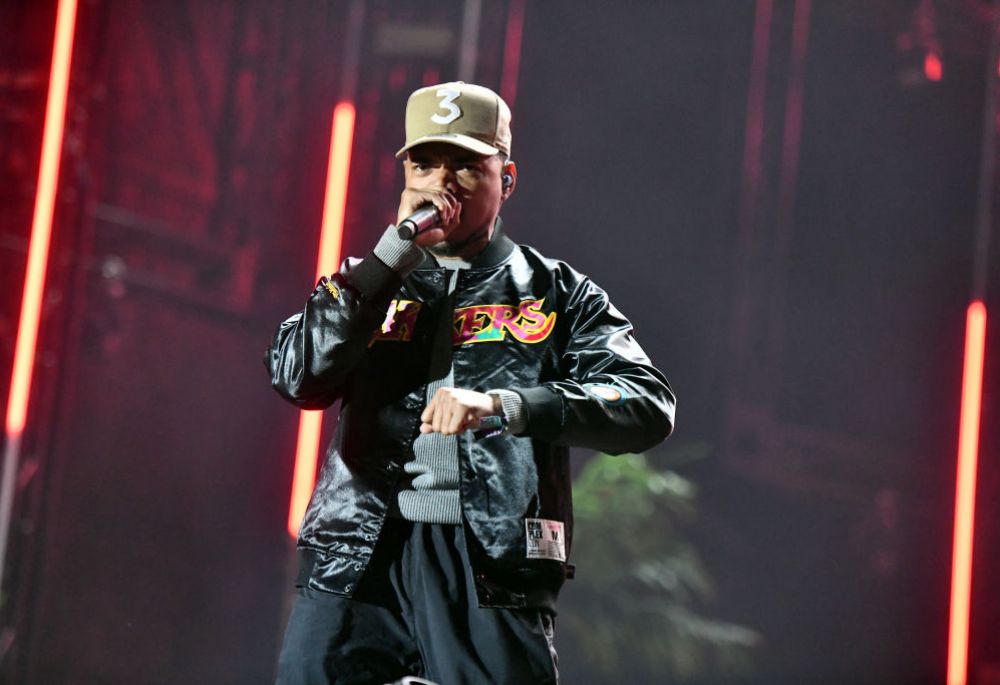 Image credit: Scott Dudelson | Getty Images
“Something I try to instill in others is to just be a good person. It’s a decision you make a million times a day. But if you just keep trying, good stuff comes to you in an ordained way.” — Chance the Rapper, in The Guardian 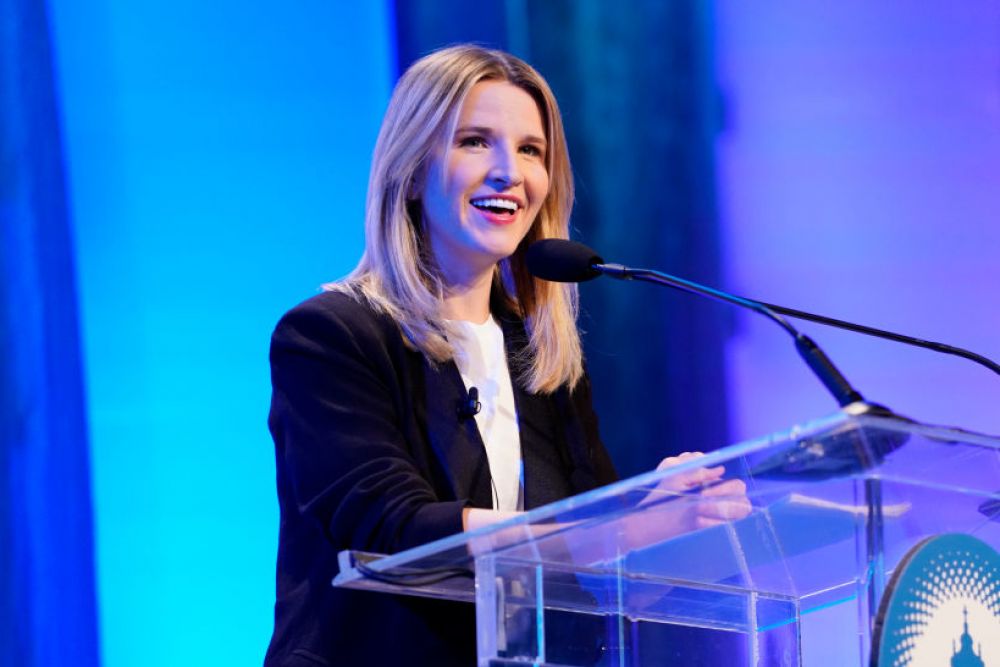 “Social media has flooded our consciousness with caricatures of each other. Human beings are reduced to data, and data nearly always underrepresent reality. The result is this great flattening of human life and human complexity. We think that because we know someone is pro-choice or pro-life, or that they drive a truck or a Prius, we know everything we need to know about them. Human detail gets lost in the algorithm. Thus humanity gives way to ideology.” — Tara Westover, author of Educated, in The Atlantic 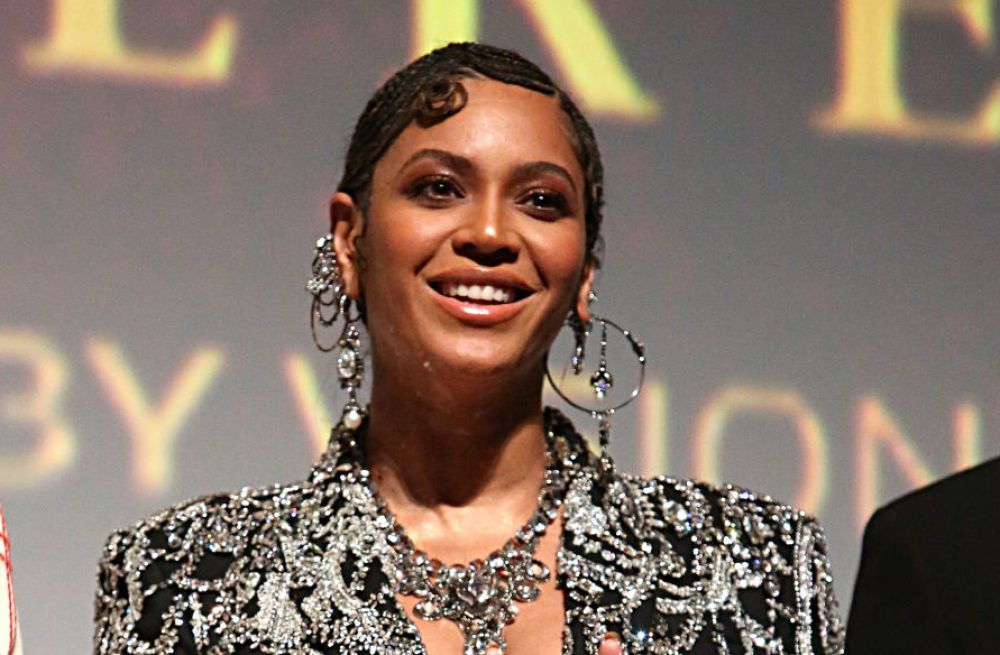 "[I've learned to] stop pretending that I have it all together. If I'm scared, be scared. Allow it. Release it. Move on."— Beyonce, singer, in HBO documentary Life is But a Dream 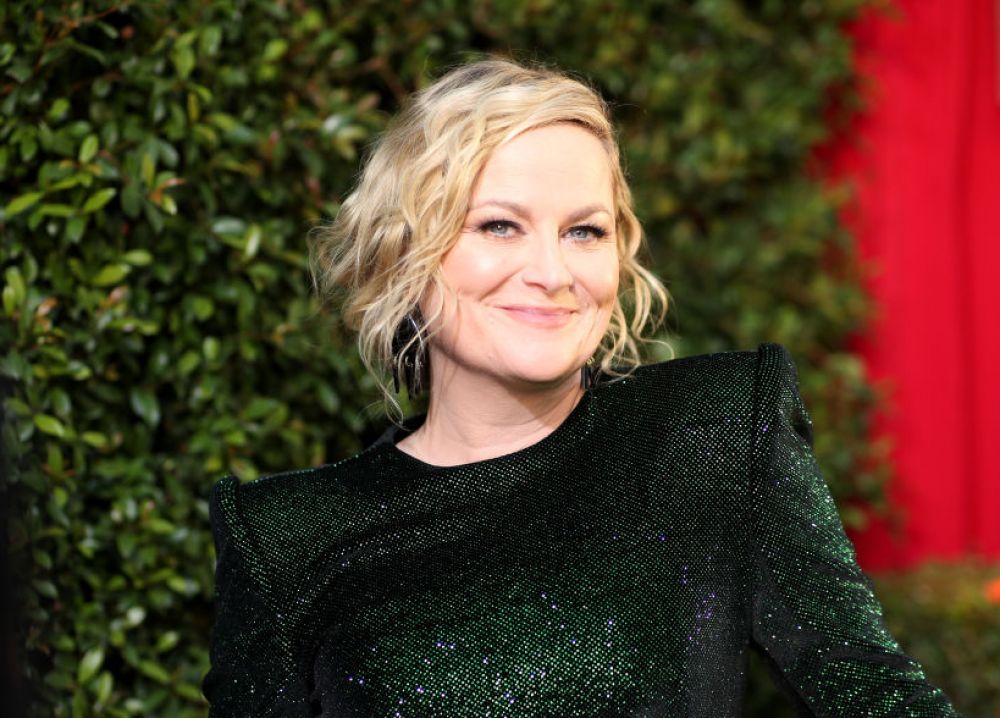 “You can’t do it alone. As you navigate through the rest of your life, be open to collaboration. Other people and other people’s ideas are often better than your own.” — Amy Poehler, actor/comedian, quoted in More 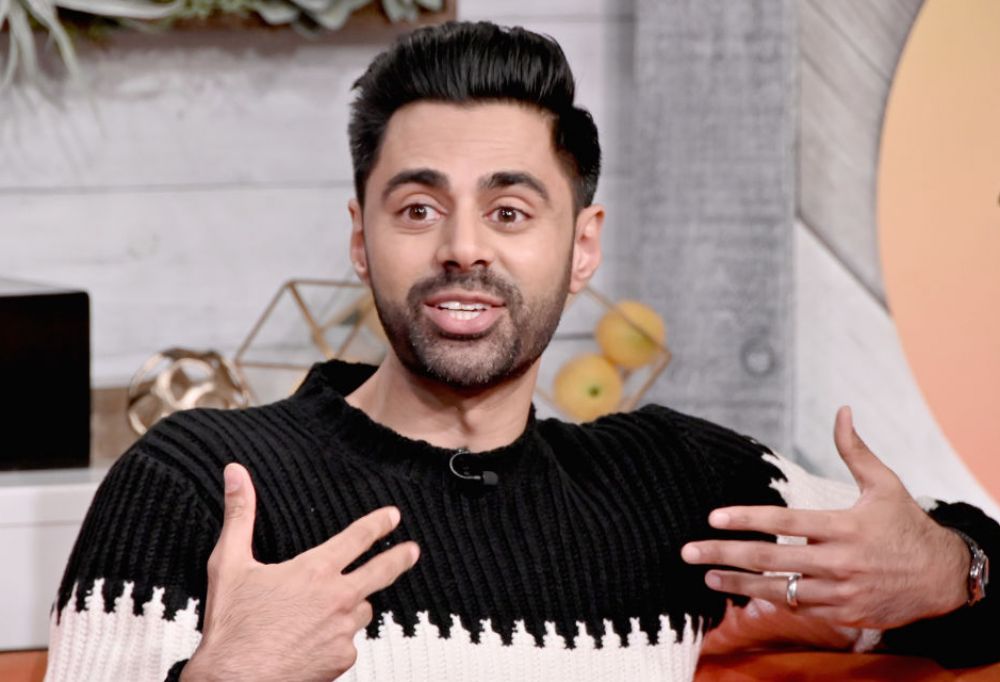 “Comedians have this platform. Especially right now and especially the platform I have. You can be a provocateur. You can say crazy shit for crazy shit’s sake. Or you can aim that towards something.” — Hasan Minhaj, star of Patriot Act, in Vanity Fair 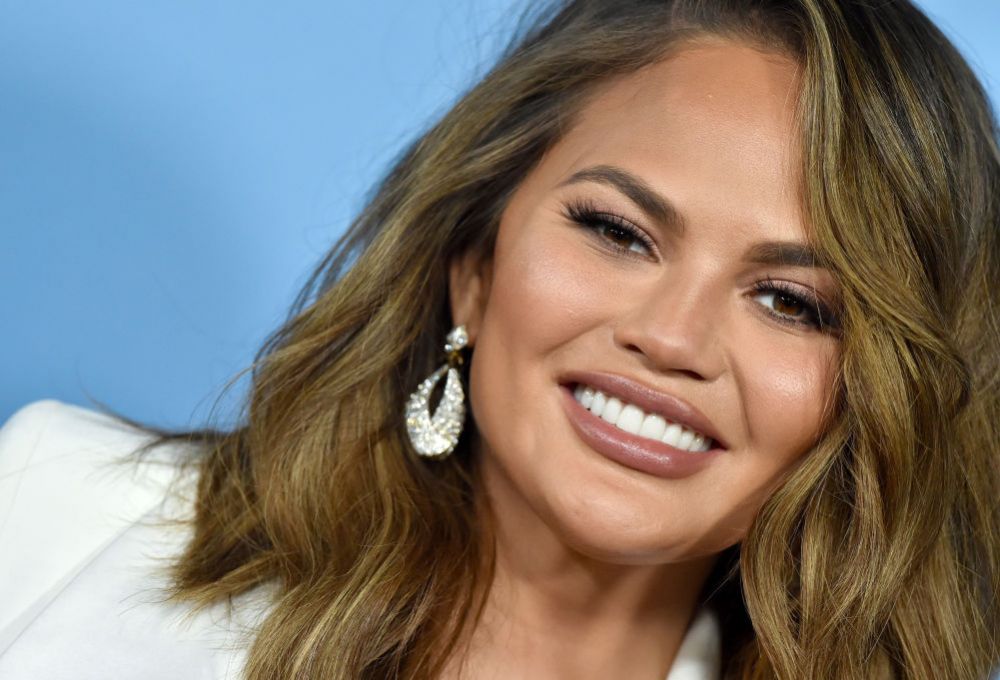 Image credit: Axelle/Bauer-Griffin | Getty Images
“My new motto these days is to go with the flow: It actually teaches you to be a better person and not be so neurotic about time and schedules. Whatever is going to work to make a great day, go with it. I’m very much a person who likes to be present.” — Chrissy Tiegan in Good Housekeeping 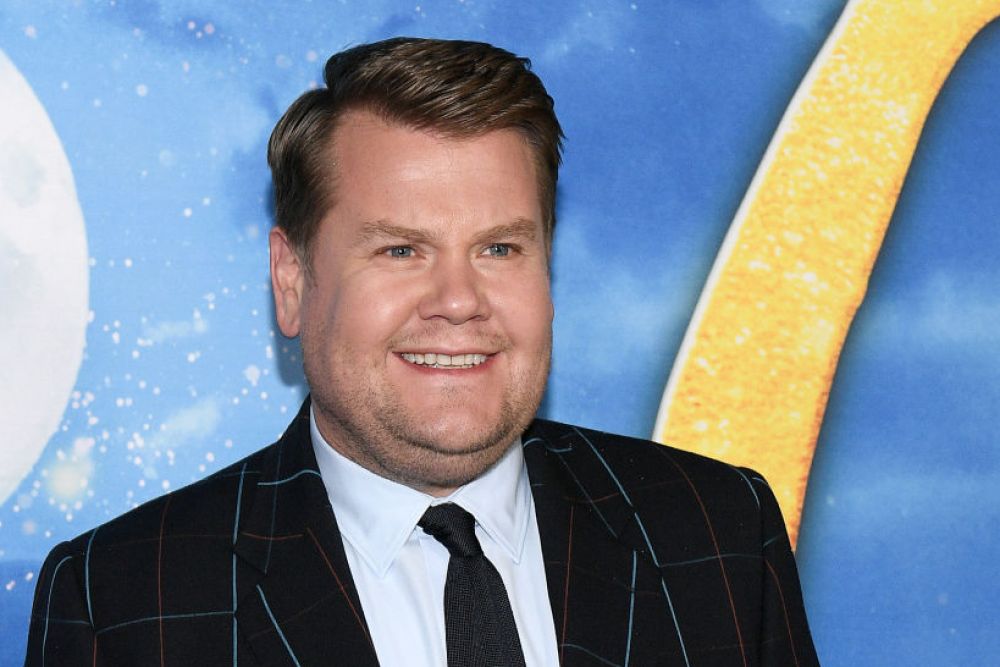 “Our son was 3, and our daughter was 12 weeks when we moved here, and I said to my wife: ‘We’re not buying anything’. We rented furniture, we rented a couch…I was like, ‘I’m gonna get fired’ — and the only thing worse than getting fired? Was being left with a couch that we got to get rid of, somehow, because we’ll be on the first flight back to London thinking, well that was a disaster…” — James Corden, host of The Late Late Show, on The Ellen Show 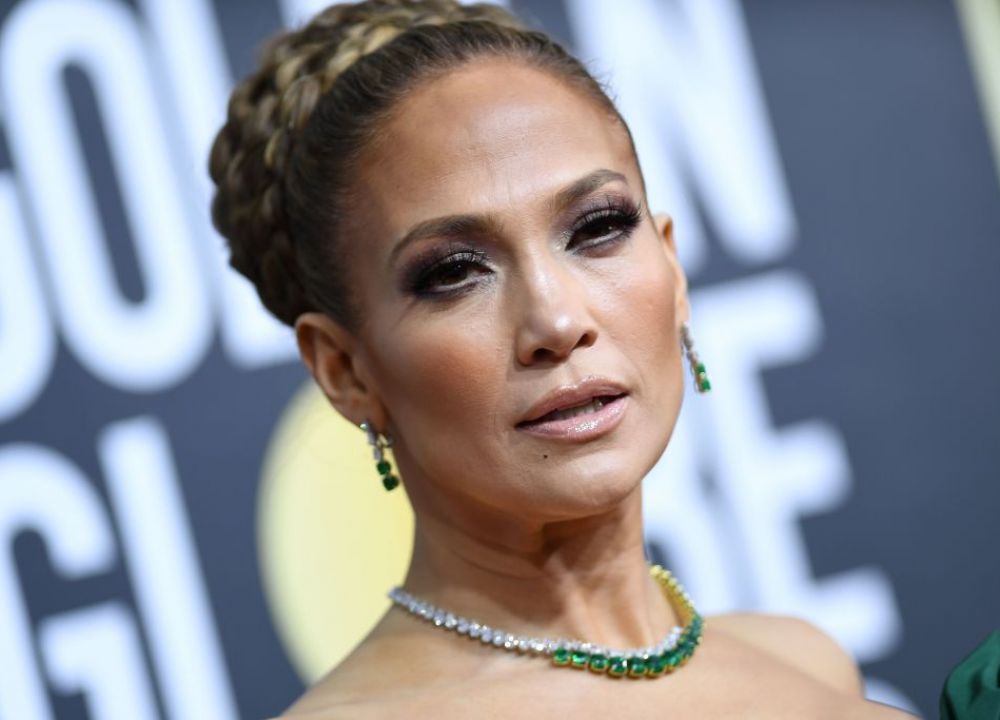 Image credit: Valerie Macon | Getty Images
“Because of the #MeToo movement, it’s, ‘We are equal, and we want to be treated that way.’ We’ve been making our own opportunities, and as you prove your worth and value to people, they can’t put you in a box. You hustle it into happening, right?” — Jennifer Lopez, actor/singer, in Variety 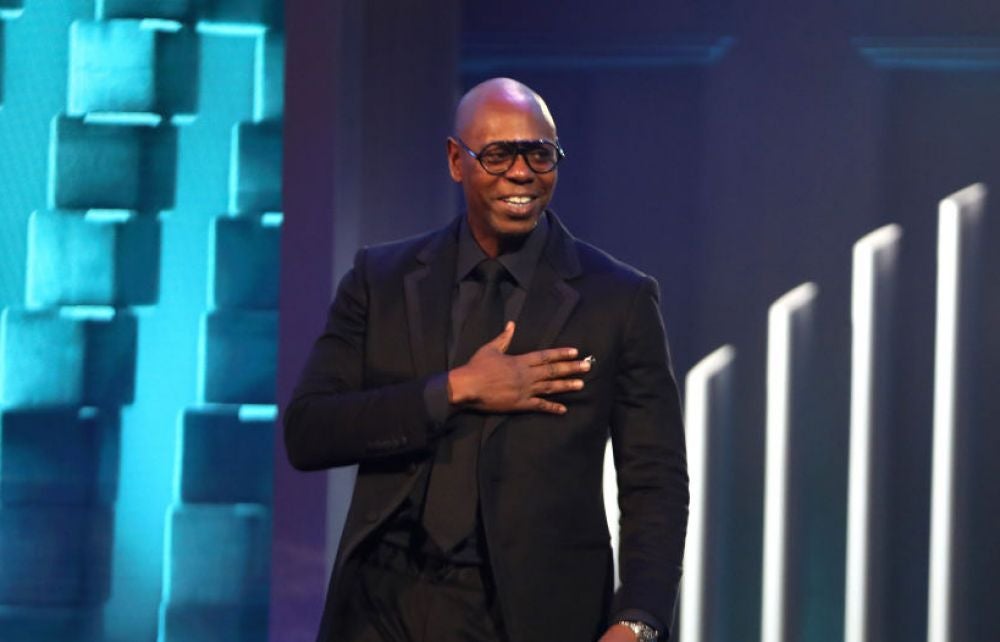 Image credit: The Washington Post | Getty Images
"I’m a slow learner. Early in my career, I was along for a ride. And then, later in my career, I was like, 'You know, I should really drive. ’Cause nobody has ever taken me to a place I actually want to go.'" — Dave Chapelle, comedian, in GQ 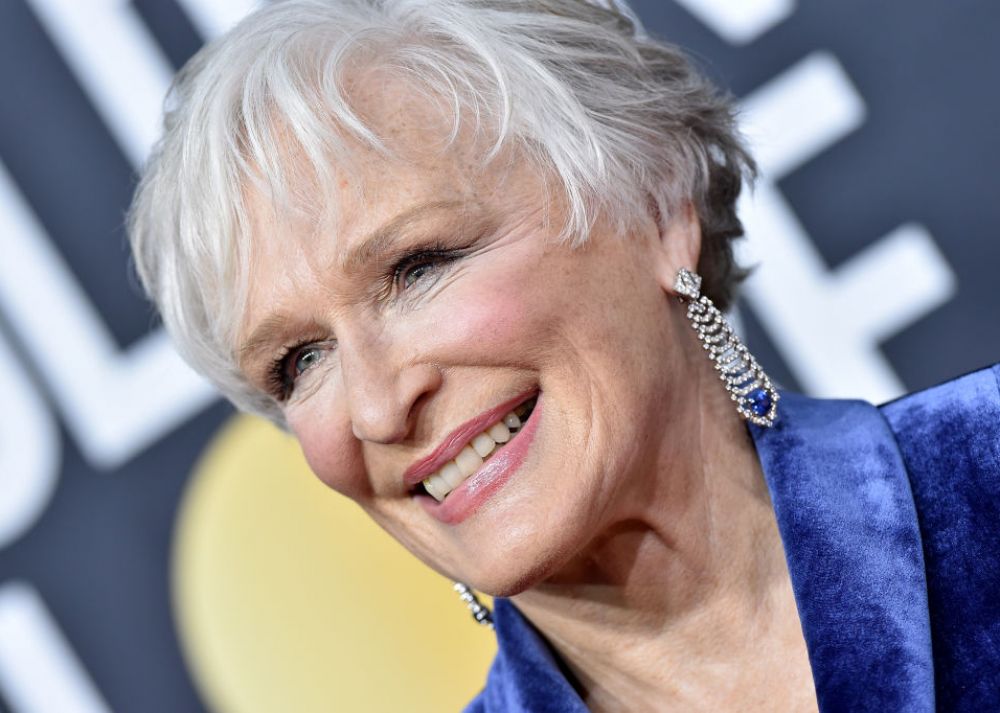 Image credit: Axelle/Bauer-Griffin | Getty Images
“When women have more of a chance, all these great stories are going to come out. And it won’t just be about them. I long for the day when people say: ‘This is a fantastic movie,’ rather than: ‘This is a fantastic women’s movie.’” — Glenn Close, actor, quoted in The Guardian 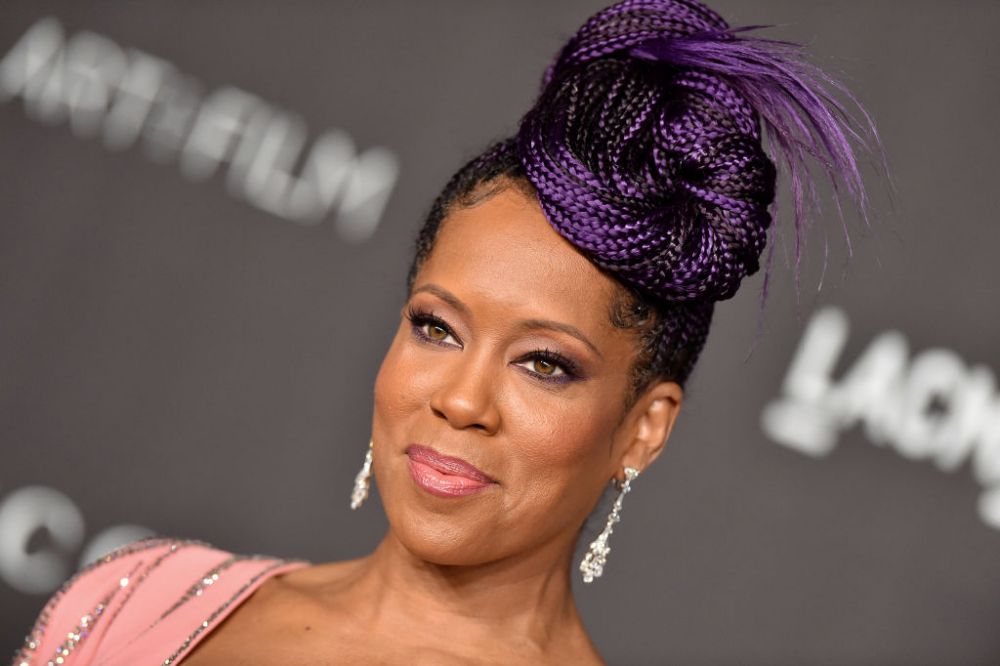 Image credit: Axelle/Bauer-Griffin | Getty Images
"I like to say, I stay ready so I don’t have to get ready.” — Regina King, actress/filmmaker, in Essence 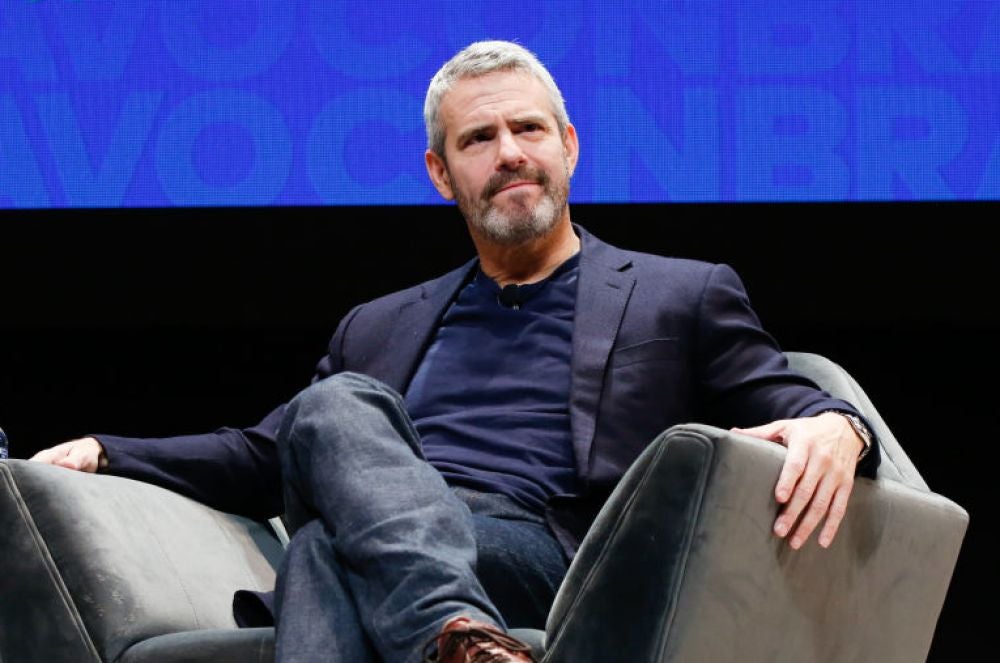 Image credit: Bravo | Getty Images
"The one guiding principle over my 23-year career in TV has been as long as I'm having fun, I really don't care what the job title is." — Andy Cohen, Bravo TV host and executive, on NPR 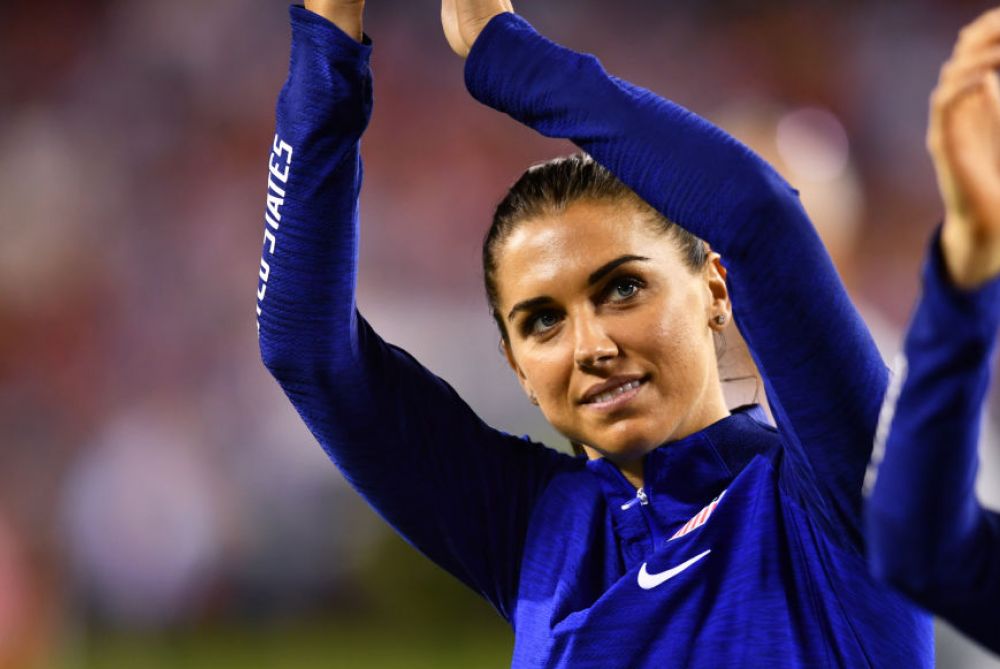 "If you want to succeed at something and make your dreams come true, you can't do it for money or fame. Money comes and goes, and if you watch reality TV, you know how fleeting fame can be." — Alex Morgan, US Women's National Soccer Team forward, in her book Breakaway: Beyond the Goal 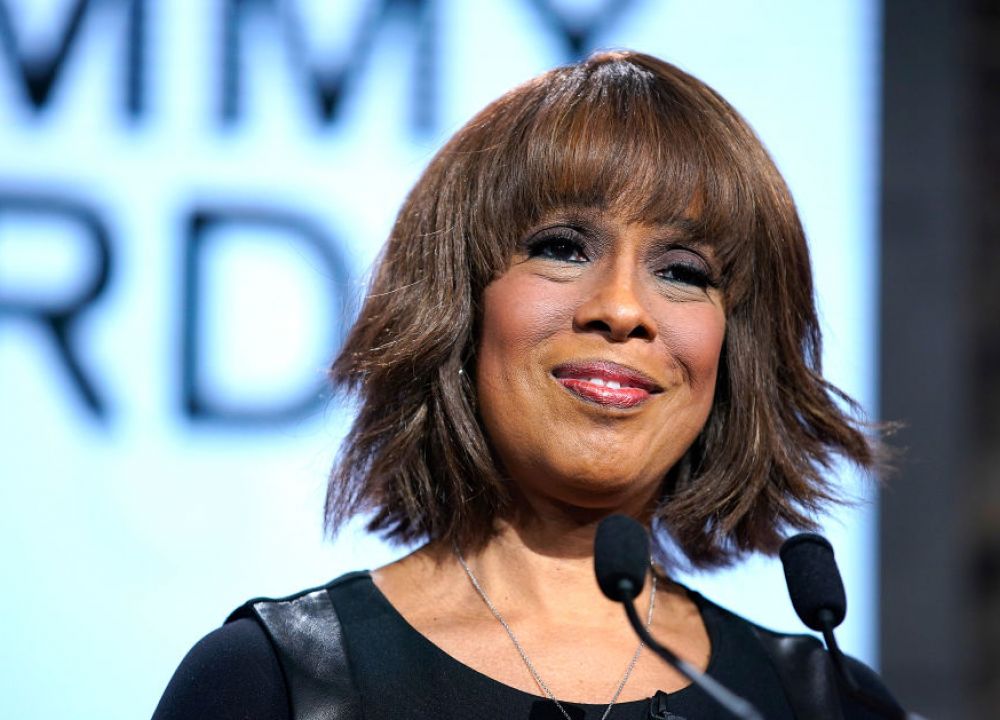 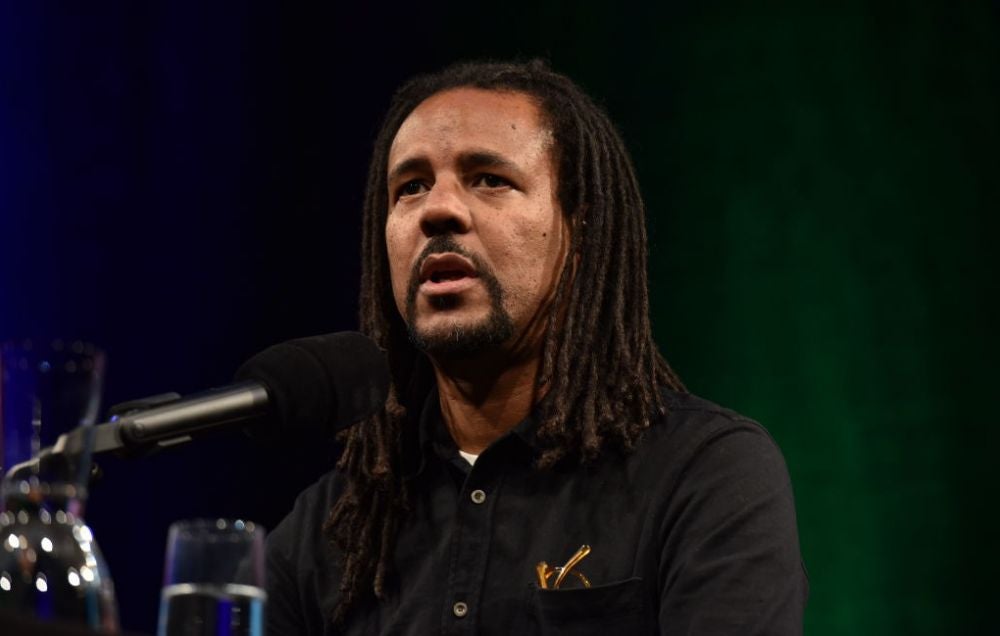 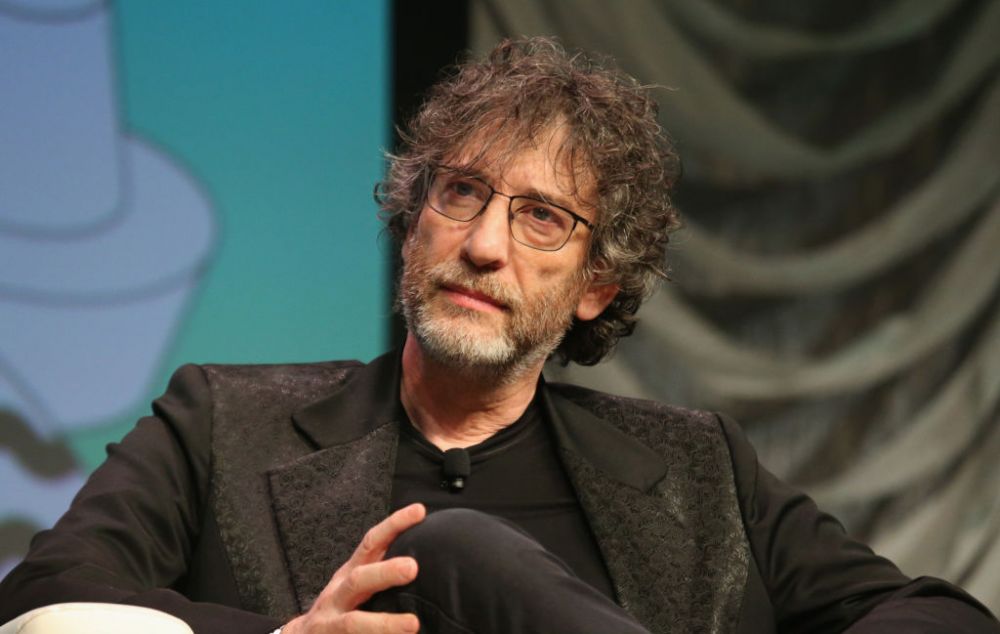 Image credit: Gary Miller | Getty Images
"The fear I can’t do it is probably the driving force that keeps me writing. That part of me is actually in my books too – I do really good ‘menace is just around the corner’." — Neil Gaiman, author of Good Omens, in The Big Issue 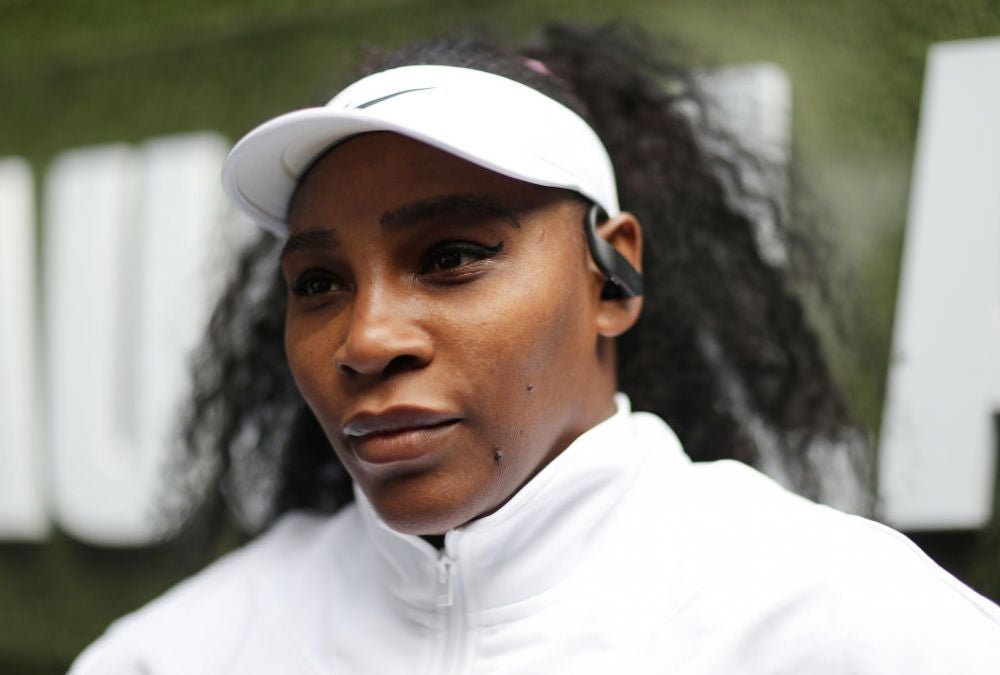 Image credit: Greg Bowker | Getty Images
"I never think of [being a role model] as a weight. I believe that God never gives you more than what you can handle, and for me, I’m not carrying it alone. I embrace it." — Serena Williams, tennis champion, in a discussion with Common on ESPN
More from Entrepreneur