Funding a business is rarely easy, especially for black entrepreneurs. A study by the Ewing Marion Kauffman Foundation found that new black-owned businesses start with almost three times less overall capital than white-owned businesses. Regardless of their credit scores or net worth, the study also found that the loan requests of black entrepreneurs are three times less likely to be approved than those of their white counterparts.

Black entrepreneurs have pushed forward regardless of these obstacles. From burial aid to beauty products and cookies to clothing, check out how these resourceful founders obtained the necessary cash to start and grow their businesses.

Related: How to Drive Growth — With or Without VC Funding 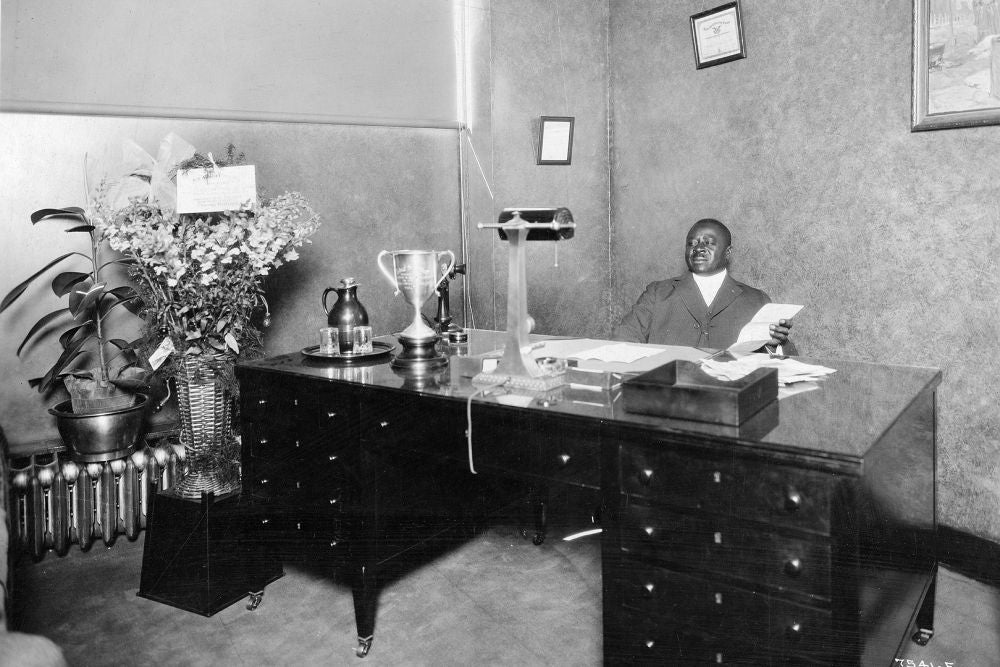 Robert S. Abbott founded The Chicago Defender in 1905. With an initial investment of 25 cents, he printed the first copies out of a small kitchen in his landlord’s apartment.

The Chicago Defender reported on monumental events in black history, including the death of Martin Luther King Jr. and the election of President Barack Obama. The black weekly newspaper was the first to have a circulation over 100,000, a health column and a full page of comic strips.

After publishing content for more than a century, the Chicago Defender ended its print edition in 2019 but continued its digital operations.

Related: 21 Inspiring Quotes From Black Leaders From Throughout American History 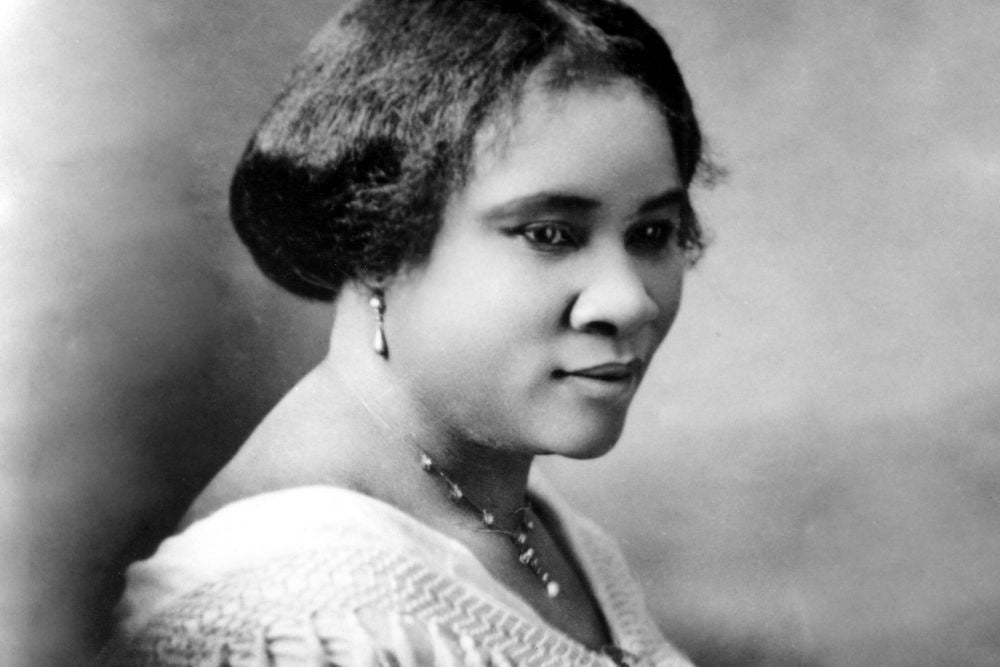 It took little more than a dollar and dream, literally, for Madam C.J. Walker to go from poverty to prosperity.

Walker, born Sarah Breedlove, began suffering from hair loss in her late thirties. With a $1.25 investment, Walker began making hair care products in her washtub. She once told a reporter that the idea for what to mix up came to her in a dream.

In 1905, Walker began going door-to-door to sell her products to friends and neighbors. By 1917, she had become the first self-made female millionaire in the United States. 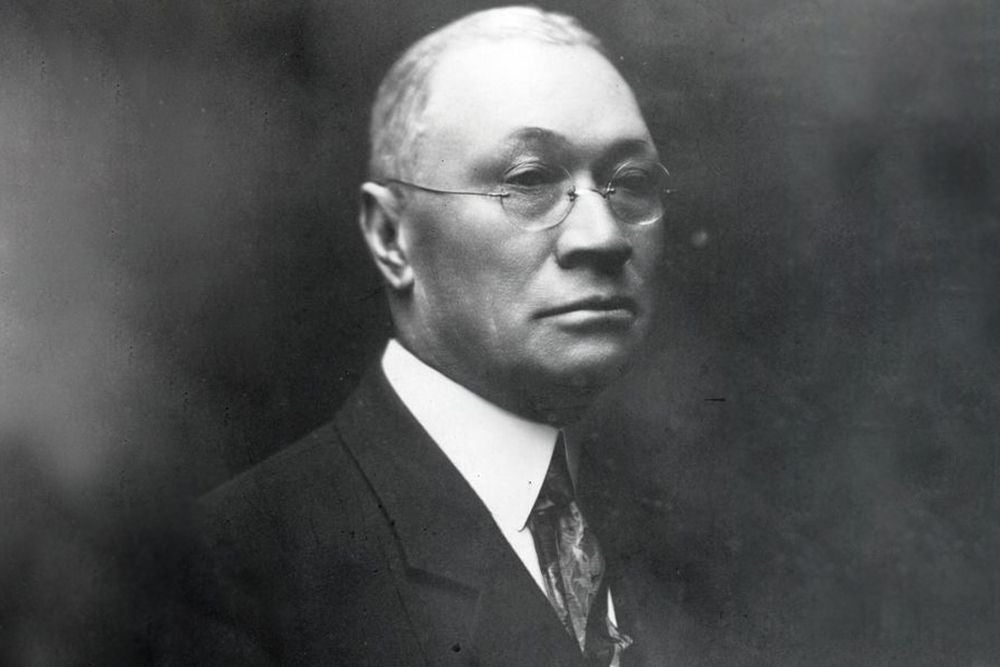 With $11 in savings, Alonzo Herndon began his entrepreneurial career as a barber. As his fortunes grew, he expanded to insurance. In 1905, Herndon founded what would become the Atlanta Life Insurance Company with a $140 investment.

At the time of his death in 1927, Herndon, a former slave, was the wealthiest black man in Atlanta and owned more property than any other African-American.

Related: 10 of the Most Influential African-American Inventors 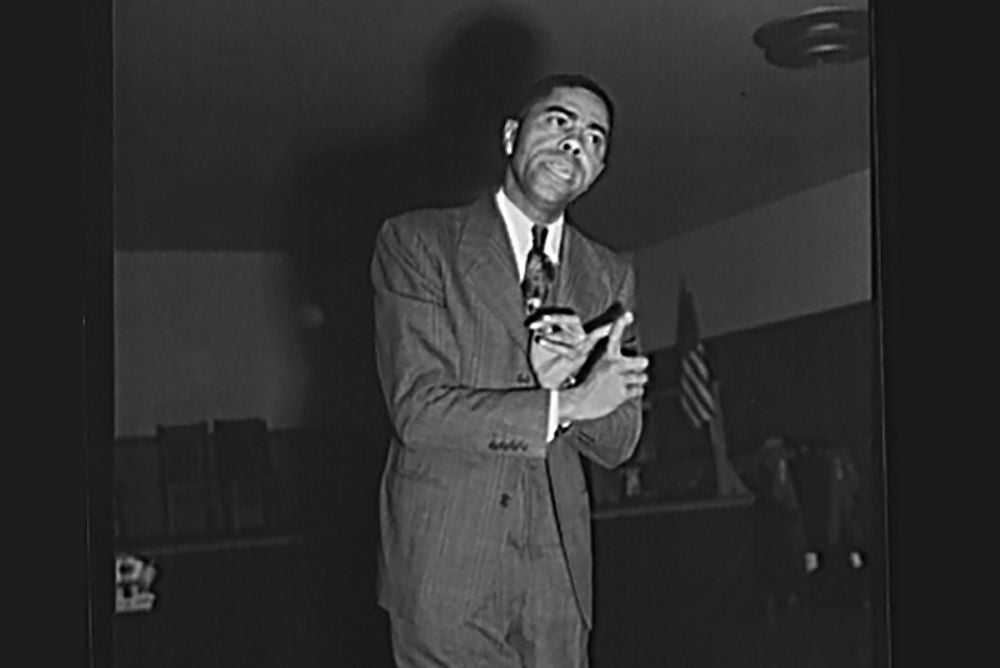 Samuel B. Fuller grew up in poverty in the deep South. His mother convinced him that the best way to improve his financial situation was through door-to-door sales.

Armed with $25, Fuller started the Fuller Products Company in 1935, selling soap door-to-door. Fuller later expanded his enterprise to include other cosmetic products, as well as real estate and newspapers. By the 1950s and early 1960s, he had a conglomerate of companies that brought in sales of more than $10 million per year.

At the peak of the Jim Crow era, Fuller was the richest African-American in the country.

Related: 10 of the Most Successful Black Entrepreneurs 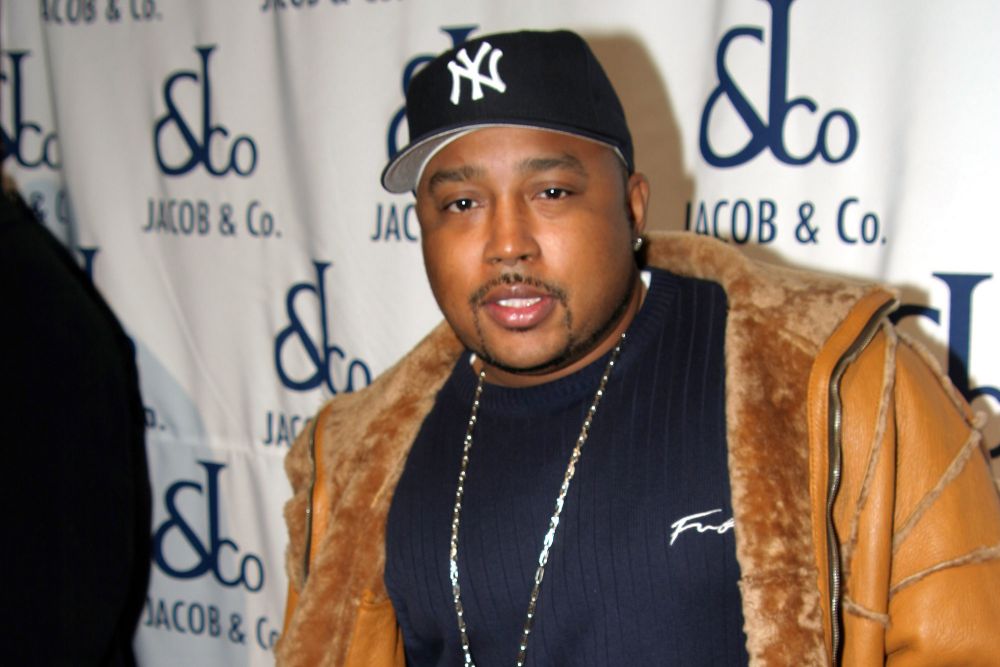 Daymond John turned $40 into a $6 billion brand when he founded FUBU.

In 1992, John and his three friends wanted to make hats. They purchased $40 worth of fabric and got to work in John’s home in Queens, N.Y.

The brand reached the height of its popularity in the 90s, and at its peak, FUBU brought in over $350 million in annual revenue.

After largely leaving the U.S. market, FUBU has experienced a resurgence due to licensing deals and collaborations with companies like Urban Outfitters, Century 21 and Puma.

John is currently mentoring the next generation of entrepreneurs as an investor on ABC’s Shark Tank. 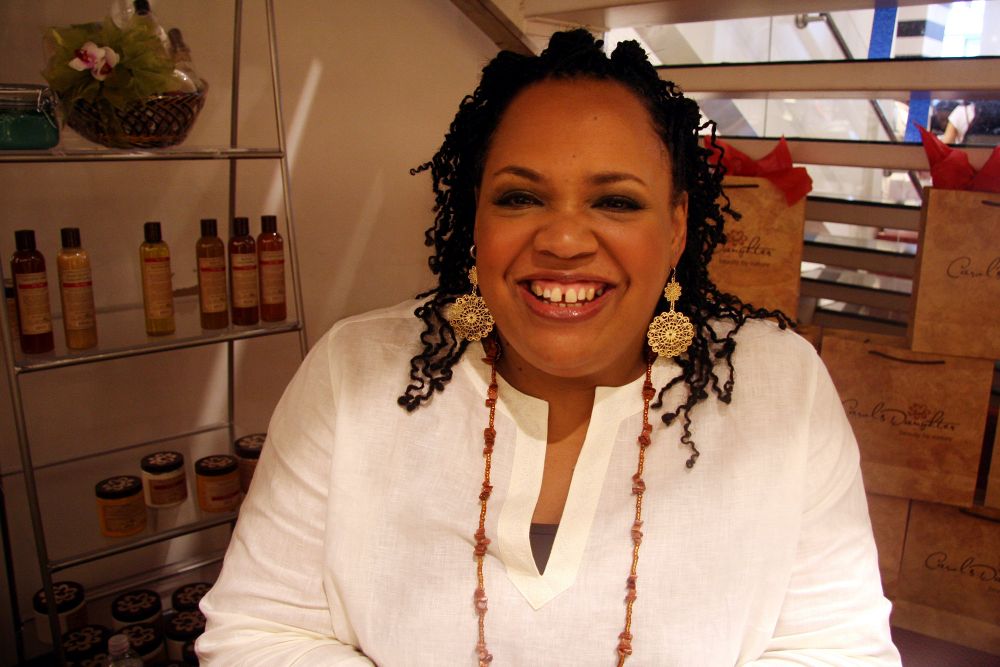 It all began with Lisa Price’s love for fragrance.

In 1993, she started making butters and bath oils in her Brooklyn, N.Y., kitchen. Price’s mother encouraged her daughter to sell her creations at flea markets and craft fairs. With a $100 investment, Price started Carol's Daughter. After noting the popularity of her skin products, she expanded into hair care.

In 2014, Price sold Carol's Daughter to the beauty giant L’Oreal. At time of purchase, her business was valued at $27 million. Today, Carol’s Daughter products are sold at a variety of major retailers, including Target, Ulta and CVS.

Related: Multimillion-Dollar Beauty Brand Carol's Daughter Founder Shares How Her Family Has Made Her a Better Person 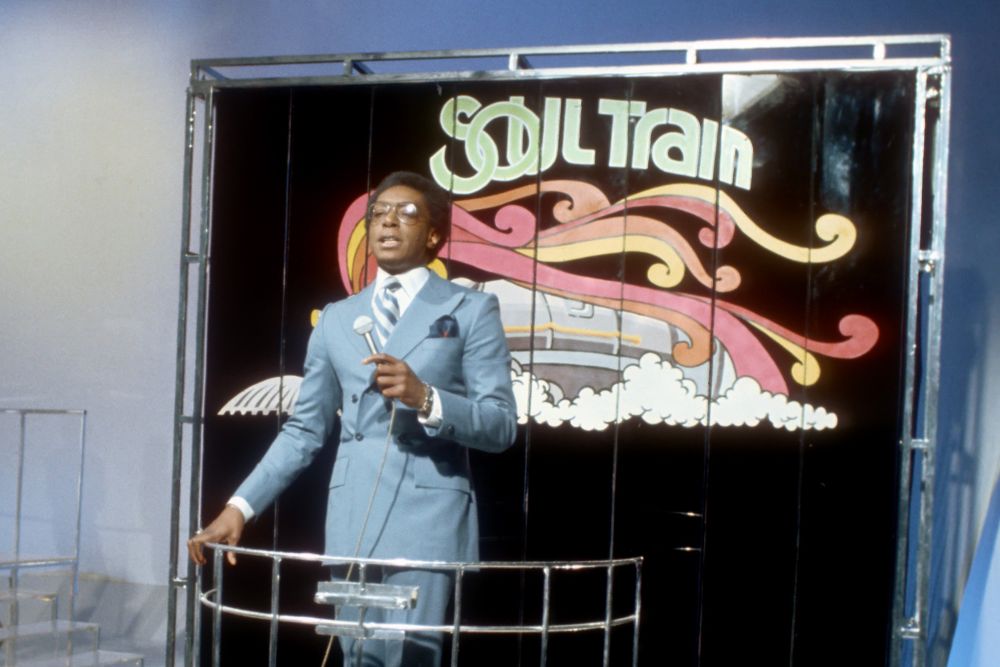 Don Cornelius envisioned a music show created with African-Americans in mind. With $400 of his own money, he created a pilot for Soul Train.

Soul Train premiered on August 17, 1970. A year later, the show was syndicated. Soul Train quickly became popular, as did the Soul Train Line, the Soul Train dancers and the weekly performances by top R&B, soul and hip-hop artists. For more than 37 years, Soul Train brought “love, peace and soul” into millions of homes. 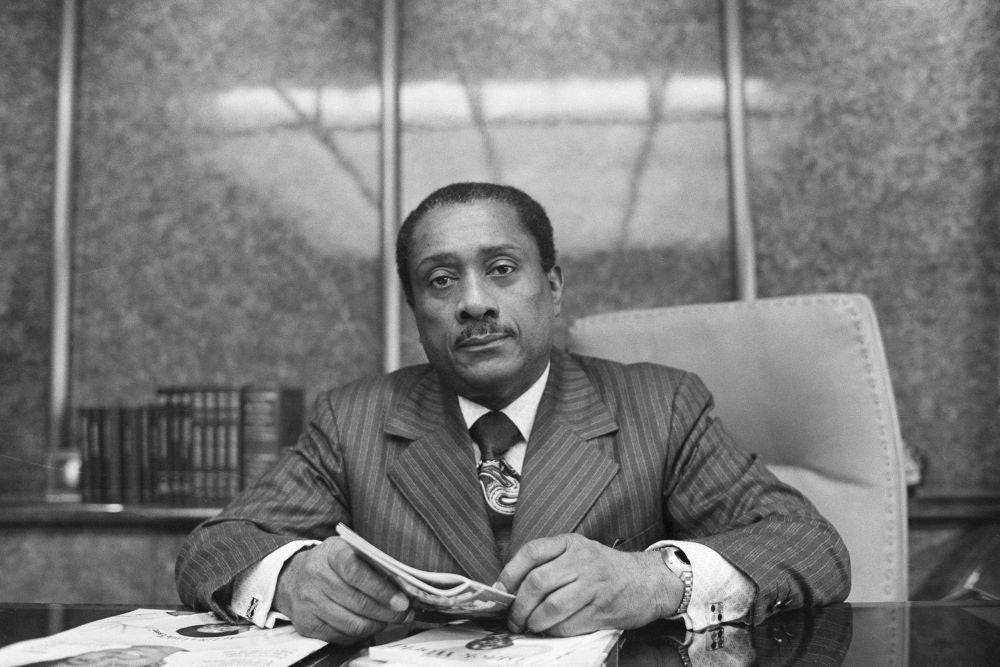 In 1942, John H. Johnson used his mother's furniture as security for a $500 loan to start Johnson Publishing.

The parent company of Ebony and Jet magazines was once the largest black-owned publishing company in the United States. At the time, Johnson was also one of the wealthiest and most powerful African-Americans in the country.

Last year was the end of an era for Johnson Publishing. The company filed for Chapter 7 bankruptcy and subsequently sold its assets.

Related: The Voice of Black America 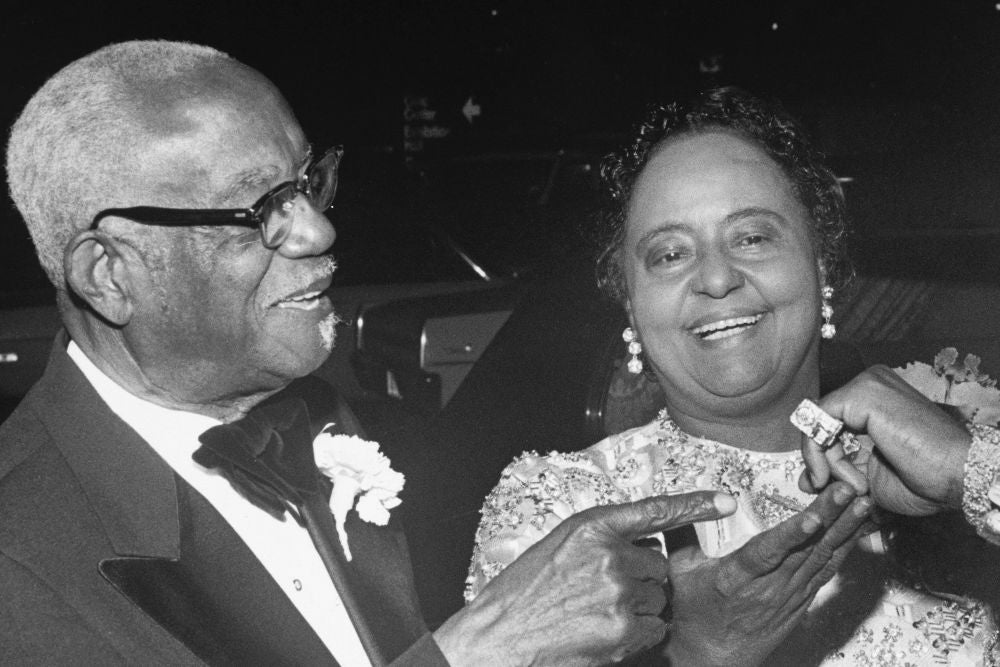 A.G. Gaston saw that many black families in Birmingham, Ala., were struggling to pay for the funerals of their loved ones. In 1923, he founded the Burial Aid Society. That same year, with $500, he expanded his burial enterprise into the Booker T. Washington Insurance Company.

By the middle of the 20th century, Gaston was a multimillionaire. His business empire included the Smith and Gaston Funeral Home, the Gaston Motel and the Citizens Federal Savings and Loan Association.

Related: The 5 Lessons I Learned From Working in a Graveyard 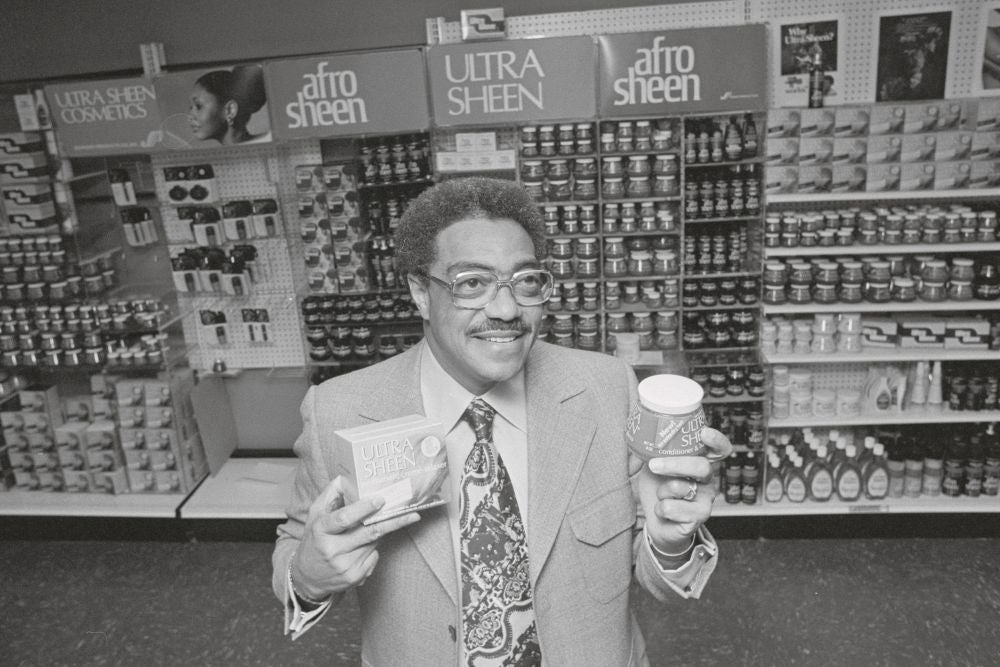 George Johnson was introduced to the beauty products industry when he worked for Fuller Products Company, a business owned by S.B. Fuller, another black entrepreneur.

Beginning with a $500 investment in 1954, he began selling a hair straightening treatment out of the back of a station wagon. Johnson Products Company revolutionized black hair care and became a multimillion-dollar business.

In 1971, Johnson Products was the first black-owned company to be listed on the American Stock Exchange. In 1993, the company was sold to the Ivax Corporation. 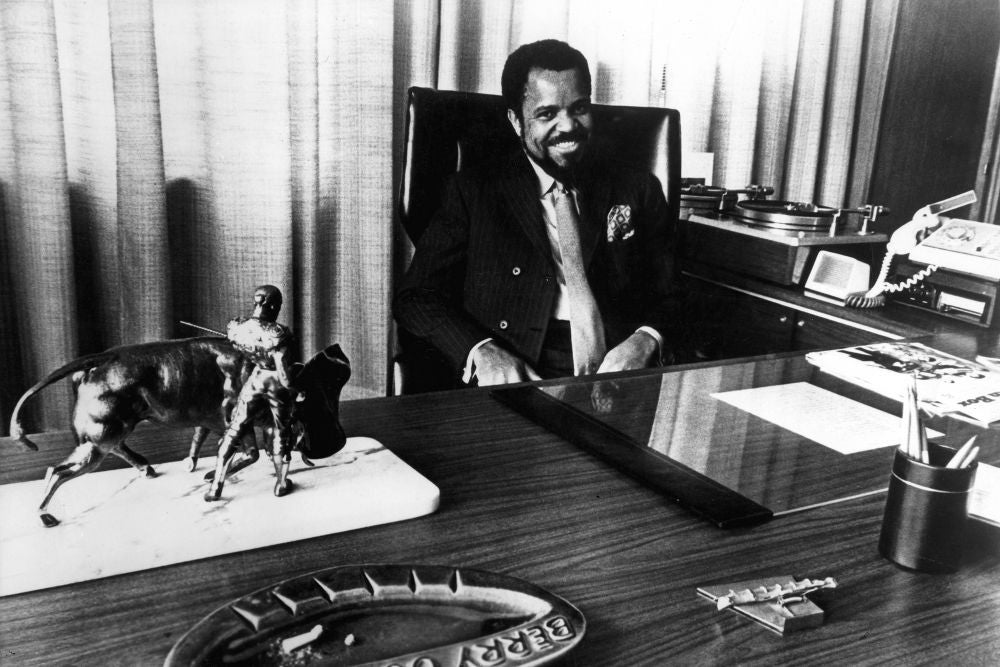 Berry Gordy tried out many careers before he settled upon his destiny: entertainment.

Gordy started out in the industry writing songs for soul singer Jackie Wilson, but he knew he wanted more. In 1959, Gordy started Motown Records with an $800 loan from his family.

The most successful independent record company in history went on to churn out more than 180 number-one songs worldwide. The "Motown Sound" spread to the masses through legendary artists like Stevie Wonder, The Supremes, Marvin Gaye and The Temptations.

Today, the Motown label is part of the Universal Music Group. 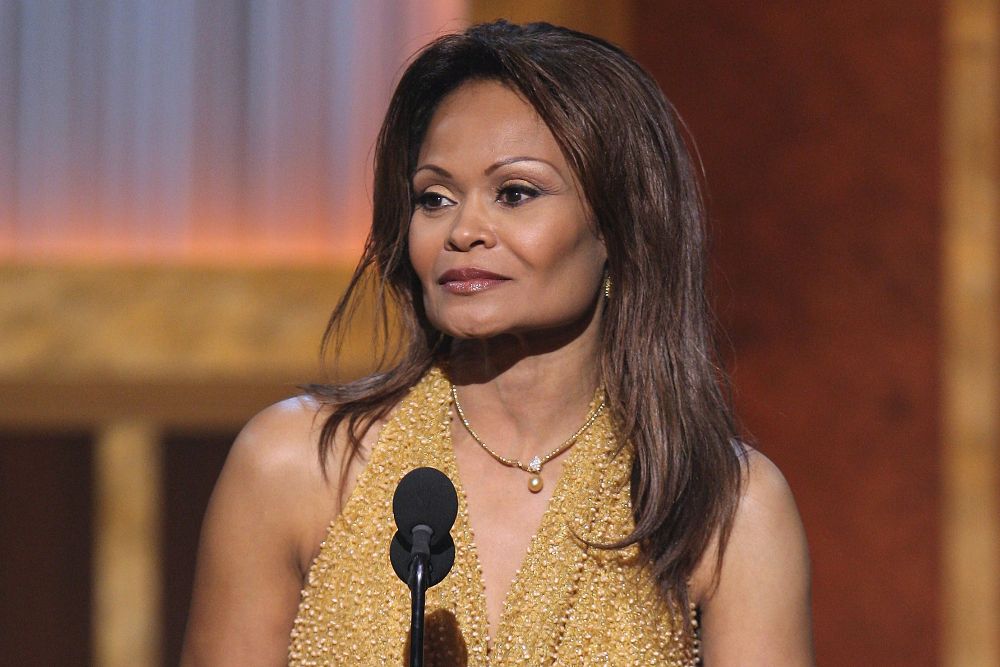 Janice Bryant Howroyd’s brother-in-law asked her to manage his office while he went away on business. When he returned, he was pleased with the changes she made. Howroyd knew then that she was on to something.

ActOne Group is the largest privately held woman-and minority-owned workforce management company in the U.S. Howroyd is the first black woman to own a billion-dollar business and one of the wealthiest self-made women in America.

Related: The First Black Woman to Own and Run a Billion-Dollar Company Says That Trusting Yourself Is Key to Success 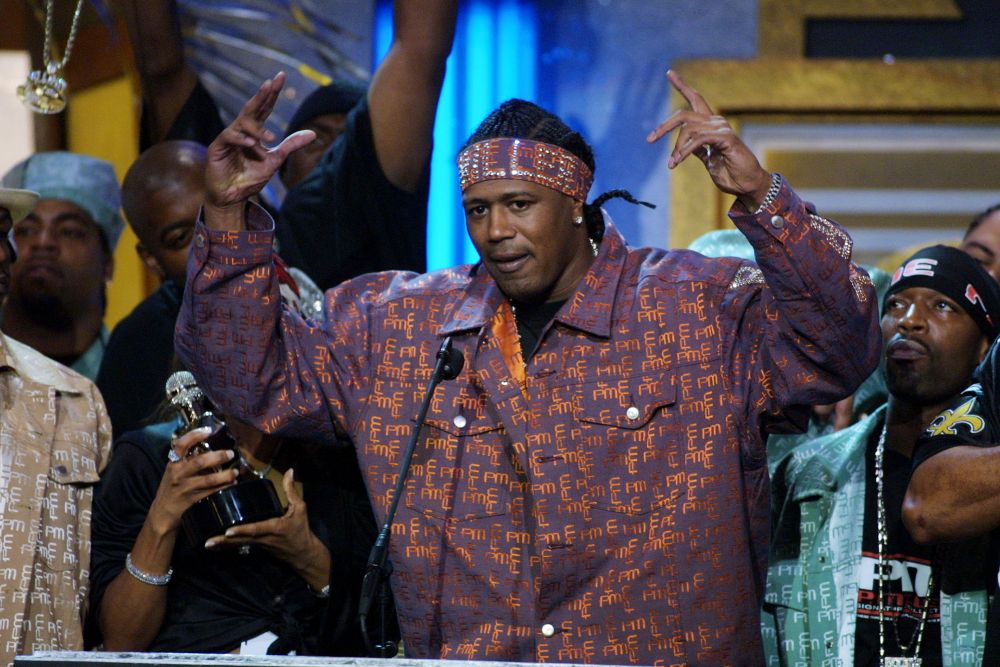 Percy “Master P” Miller grew up in the housing projects of New Orleans. With a $10,000 malpractice settlement he received after his grandfather’s death, he opened a record store. His introduction to the music industry inspired him to start his own independent record label, No Limit Records.

No Limit was one of the most prominent influences on Southern rap, and hip-hop overall, in the nineties. Forbes estimated that the music executive, rapper and actor earned more than $50 million in 1998.

In 2003, No Limit Records filed for bankruptcy. The label was later reestablished as No Limit Forever under the leadership of Master P's son Romeo Miller.

Related: How a Photo Inspires This Record Company's CEO to Treat His Team Like Family 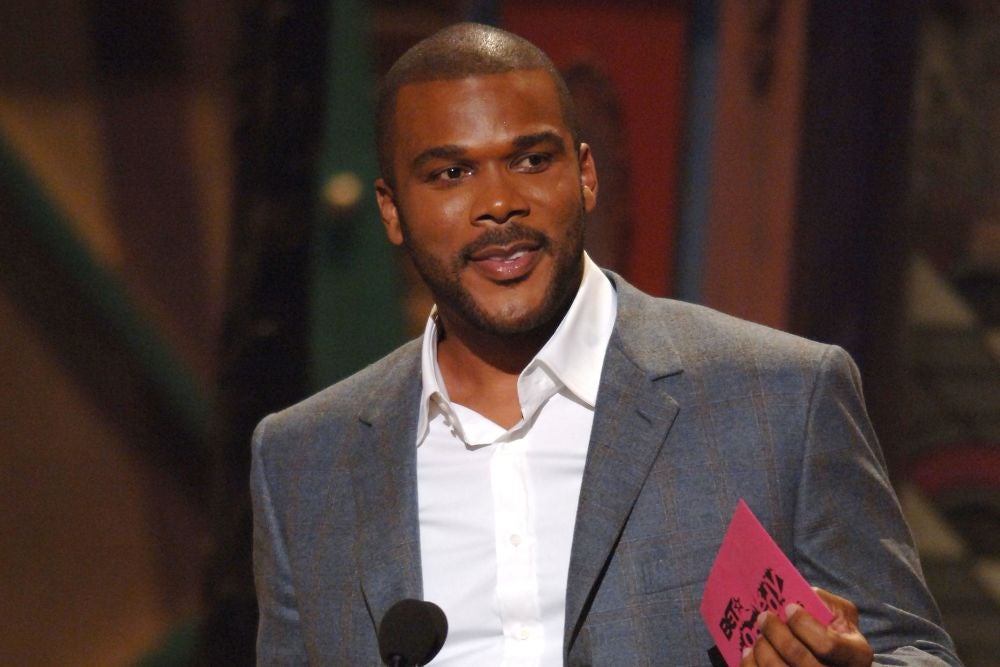 Tyler Perry, born Emmitt Perry, Jr., first began building his entertainment empire at 22 years old. Perry used $12,000 of savings to produce his first play, I Know I’ve Been Changed. While the play was a flop, Perry never gave up and kept retooling it. Six years later, the play sold out and set him on the path to success.

Perry has released 17 feature films, 20 stage plays, seven television shows and a New York Times bestselling book. In 2011, he topped the Forbes list of the highest-paid men in entertainment, earning $130 million. Perry is the first African-American to own a studio independently.

Related: Black Is the New Black: An African-American Entrepreneur's Manifesto 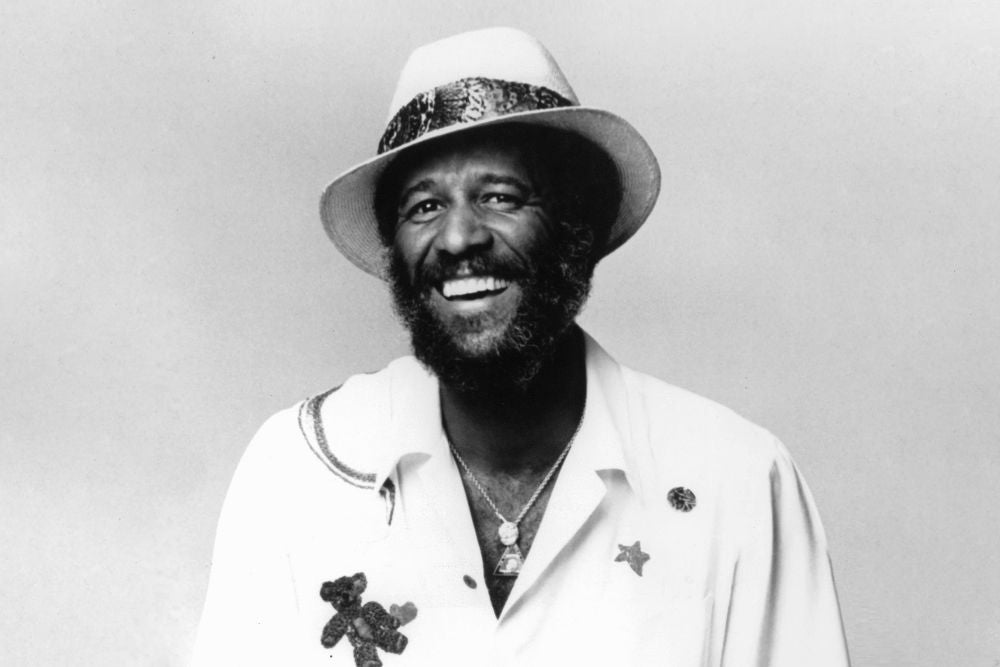 Wallace Amos Jr. loved baking cookies. In 1975, his celebrity friends, including Marvin Gaye and Helen Reddy, ponied up $25,000 for him to start the Famous Amos Cookie Company. By 1982, revenue reached $12 million.

But the cookie eventually crumbled for Amos. He lost control of the company, as well as the right to use the Famous Amos name and his own likeness (the brand's portrayal of Amos with a beard and Panama hat.)

The Famous Amos business has changed hands several times over the years. Last year, Kellogg’s sold its Keebler cookies division, including Famous Amos, to Ferrero SpA, the maker of Nutella.

Should You Pitch Your Startup to Early-Stage Investors?

Funding: What Is Entrepreneur Capital vs. Venture Capital?

Should You Accept or Reject VC Funding?

55 Federal, State and Nonprofit Relief Efforts and Funds to Help You Through the Coronavirus Pandemic