Whether at home or the office, these are the best webcams for Macs to spruce up your video conferencing call quality.
Next Article

Entrepreneur Deals
Entrepreneur Leadership Network Contributor
Entrepreneur Deals
August 31, 2021 7 min read
Disclosure: Our goal is to feature products and services that we think you'll find interesting and useful. If you purchase them, Entrepreneur may get a small share of the revenue from the sale from our commerce partners.

With remote-friendly workplace policies on the rise, videoconferencing is the new normal. Therefore, it might finally be time to shell out for the best Mac webcam you’ve been holding out on.

Mac users in particular are constrained when it comes to webcam quality. Although Mac desktops and MacBook laptops alike are becoming more powerful thanks to the advent of Apple’s beefy M1 processor, the MacBook Air and MacBook Pro are still clutching onto 720p FaceTime cameras, more acceptable for an early 2000s netbook than a modern computer. On the bright side, the iMac is catching up with the times, now equipped with a 1080p full HD camera in both its 24- and 27-inch variants.

Still, it doesn’t hurt to slap the best Mac webcam onto your daily driver, lest you risk the threat of your coworkers mocking your “potato quality” video on Zoom calls. Despite the resolution improvements found in recent models, Mac-compatible camera sensors and built-in lighting features remain inferior to dedicated webcams from specialty brands like Logitech and Razer.

To help you make the most of your calls with coworkers and clients from afar, we’ve rounded up the best webcams for Macs across Apple’s entire lineup to help you find the right one for your needs. 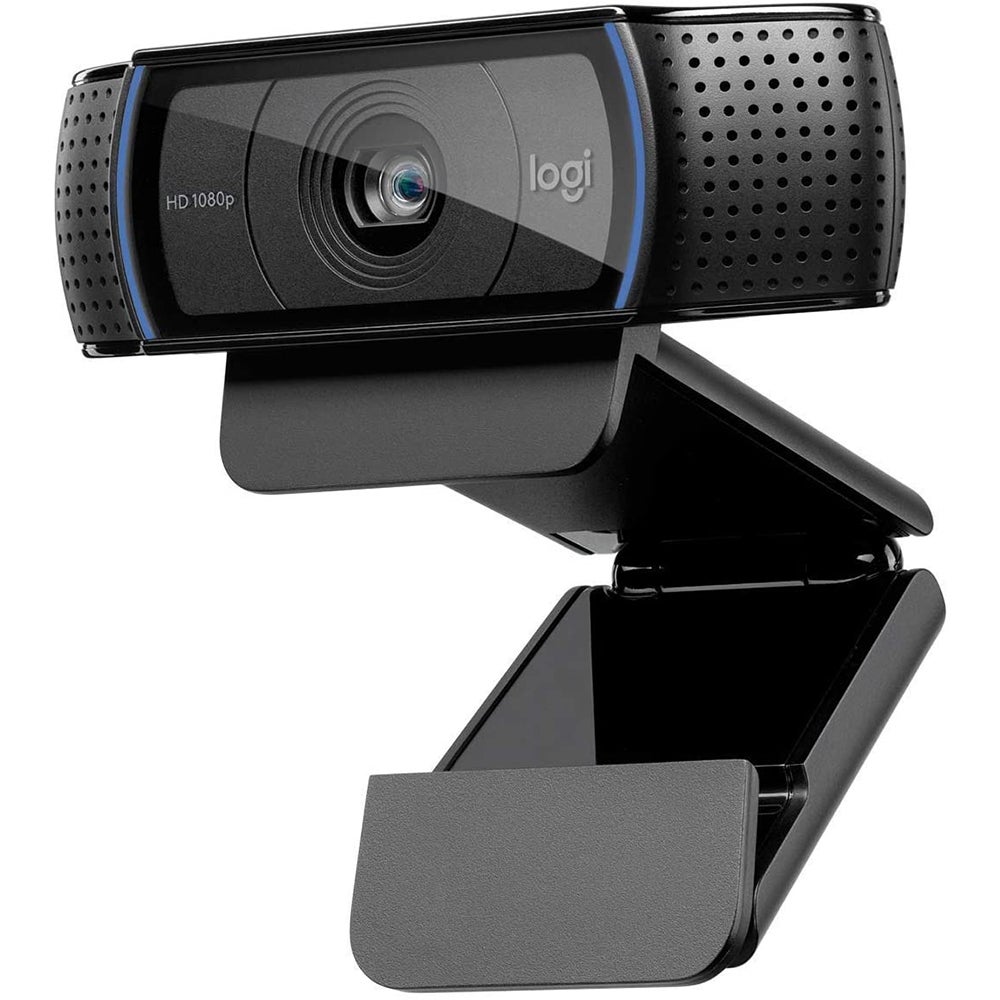 A high-quality glass lens and wide 78-degree field-of-view (FOV) make the C922 Pro an excellent all-around webcam. Equipped with HD autofocus as well as light correction, the C922 can auto-correct certain lighting and focus issues. Boasting a pair of microphones on either side of the camera, audio quality is great.

Logitech bundles in a tripod. So if you don’t have a suitable space on your laptop or monitor to place a webcam, you can always use the included tripod mount. Advanced features such as background removal may be enabled using third-party software. Well-suited to everything from game-streaming with Twitch to videoconferencing in Zoom, the Logitech C922 Pro is a solid webcam that works with Macs. 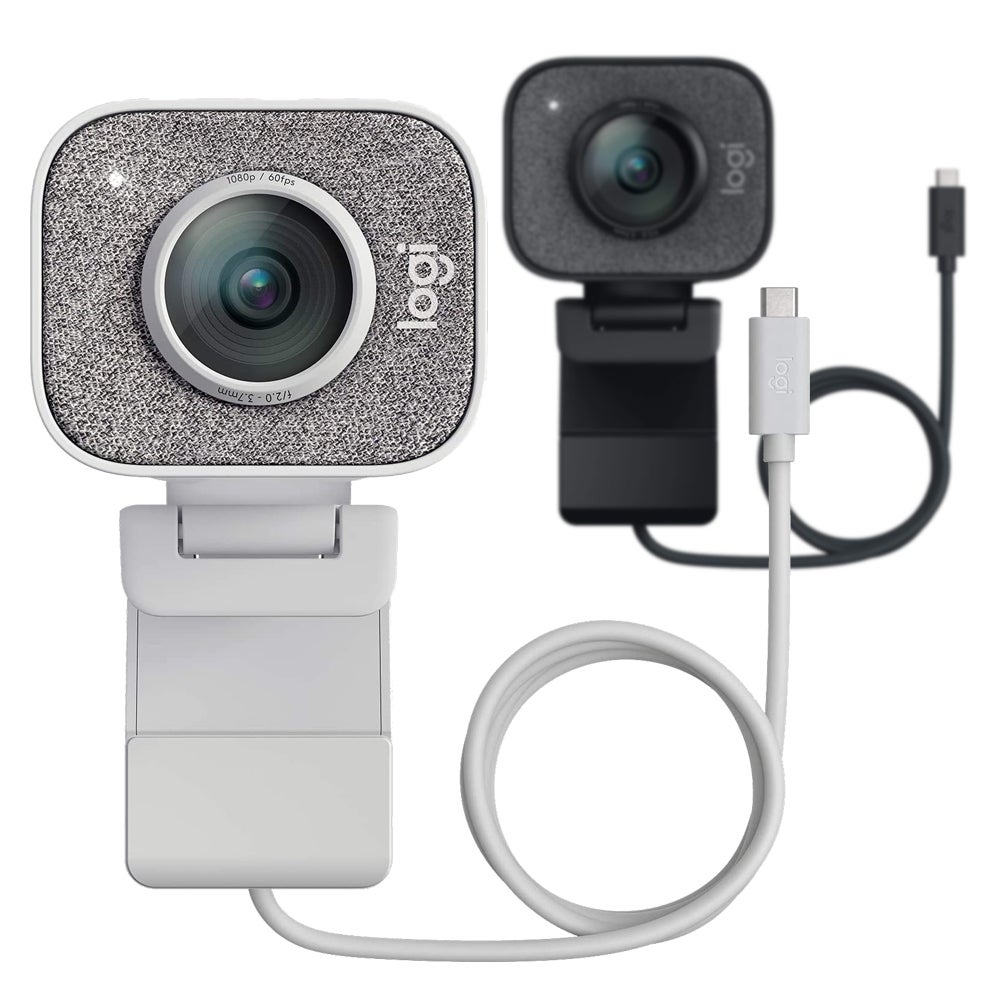 For MacBook Air users in particular, the Logitech StreamCam — sold in white and “graphite” black (also at other retailers) — might be a more compelling option due in part to its eye-pleasing design, employing a purely cosmetic fabric around the camera itself.

The video quality is also a bit higher than that of the ultra-popular Logitech C920 Pro, boasting the same 1080p resolution but at a smoother 60 FPS. You can also flip it sideways, even while it’s snapped above your screen, for a vertical portrait-style orientation. And of course, the StreamCam can sit on a tripod as well. 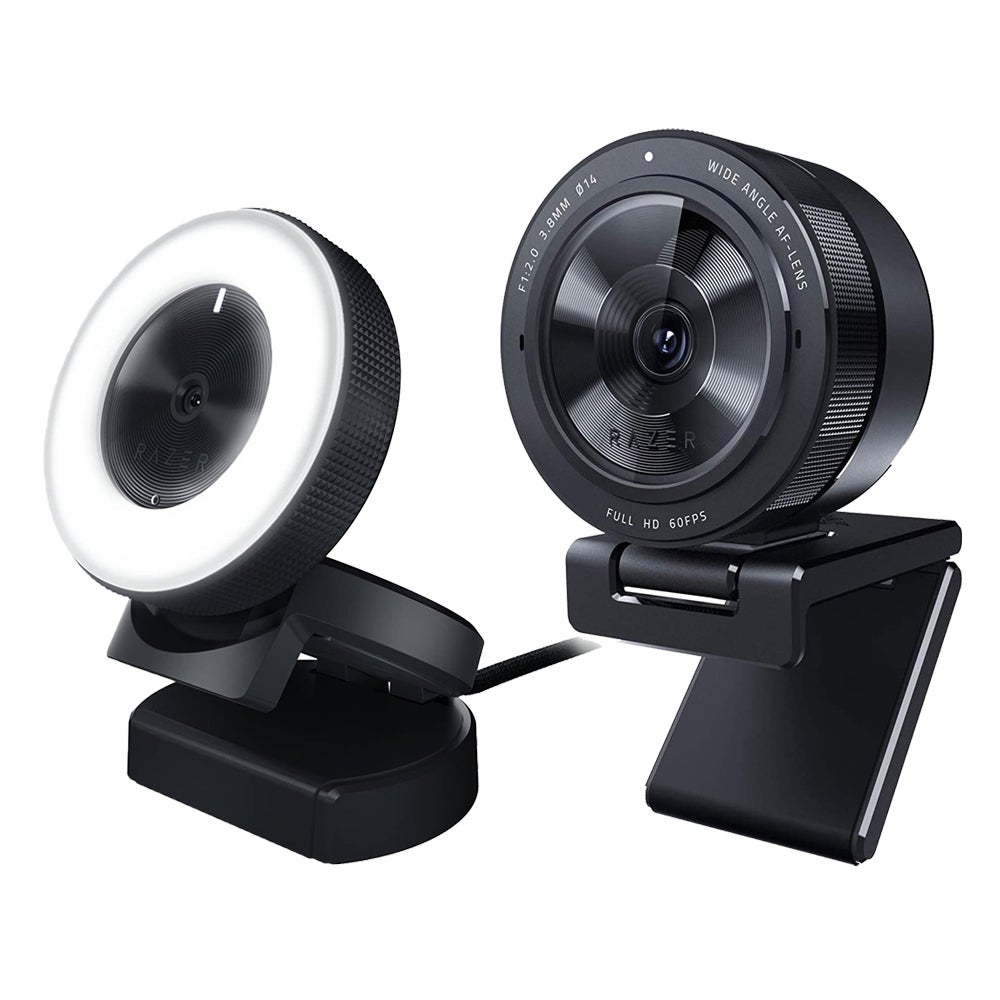 Razer is best known for its high-end gaming peripherals like keyboards and monitors or laptops. As such, it probably isn’t a company you associate with Macs. Outside of gaming, it doesn’t quite stack up to the brand recognition of its competitors.

But with its Kiyo (also at other retailers) and Kiyo Pro (also at other retailers) webcams, we see a bright future ahead for Razer outside of gaming hardware. Whereas the Kiyo has 1080p/30 frames-per-second video capabilities as well as a built-in ring light, the Kiyo Pro puts quantified hardware specs first, including 1080p/60 frames-per-second video with a high-dynamic-range color palette that will make calls and streams pop, unlike your MacBook Pro’s less-than-stellar onboard cam.

While the most notable difference in the Kiyo and Kiyo Pro is the onboard Kiyo ring light, the two webcams have a few other key differentiating features. The Pro variant offers improved 1080p HDR performance and a faster frame rate. It also comes with three different FOV presets. Its lens is a bit more durable, and the camera sensor slightly surpasses the vanilla Kiyo. For casual users, the base Kiyo webcam should be fine, but for power users, the Kiyo Pro is a better choice. 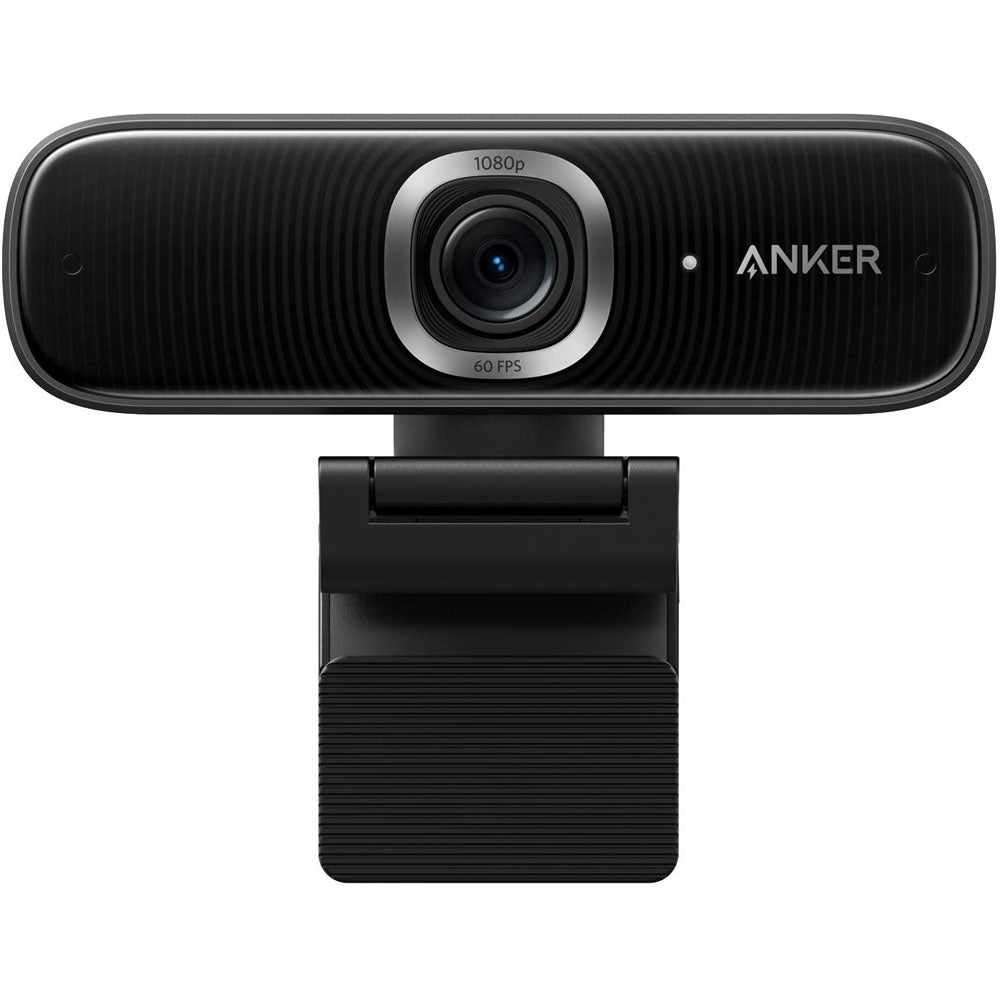 Anker’s PowerConf C300 packs a seriously impressive slate of features. It comes with a full native 1080p camera resolution and can capture 1080p, 60 FPS video. The PowerConf C300’s artificial intelligence (AI)-powered amenities are among the highlights.

A physical camera lens cover provides added security. Four different adjustment angles allow for flexible positioning. On the audio side, its microphone is magnificent. Coupled with a wide 115-degree FOV, Anker’s PowerConf C300 can capture virtually any environment flawlessly, and in crisp, color-accurate detail. Affordable yet high-performing, the Anker PowerConf C300 is a fantastic webcam that yields shockingly good low-light performance and can fit multiple people in a single frame. 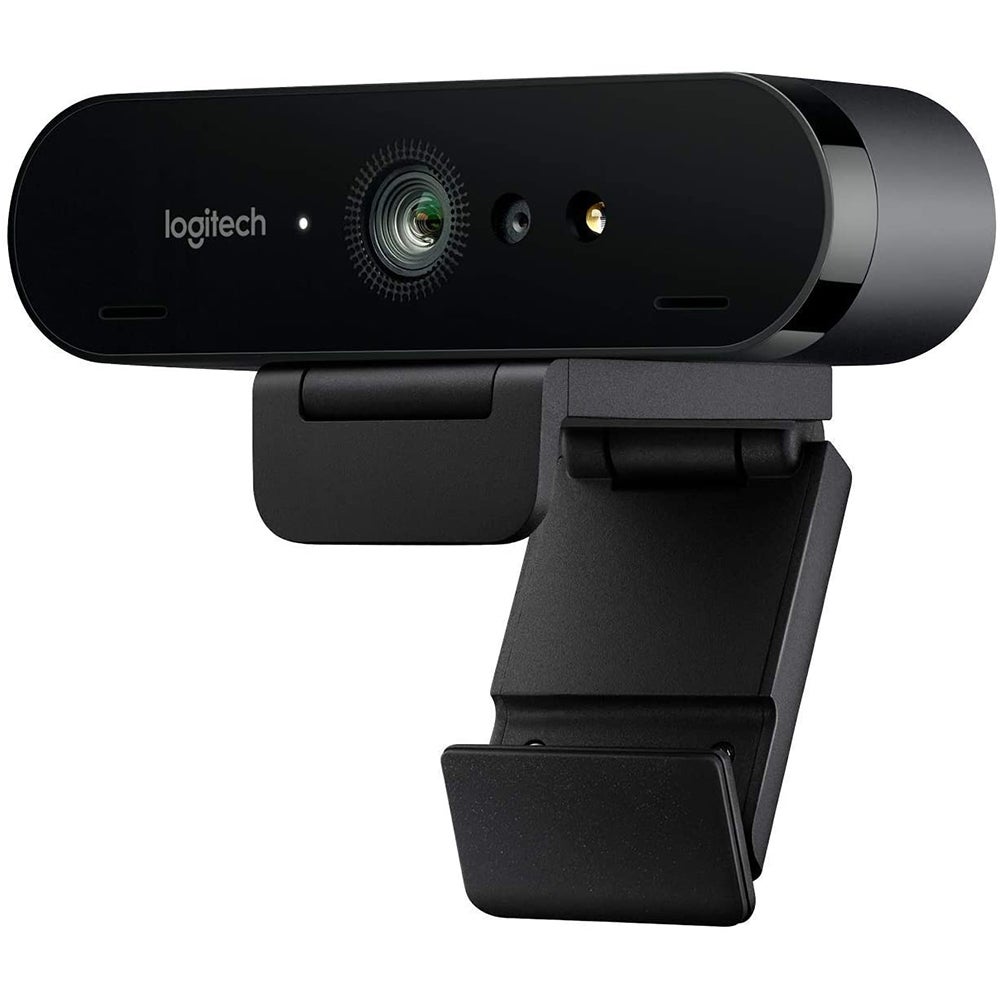 Having purchased the cheese grater-esque Mac Pro, you’ve already settled for nothing less than the best, so why not get a webcam to match? Though the Logitech Brio is one of the more expensive desktop cameras on the market, it also comes with all the bells and whistles to keep your calls going — in full-fledged 4K Ultra HD — for years to come.

In some ways, the Logitech Brio combines the most exciting features of every webcam on this list for the ultimate video conferencing experience. Along with the 4K and 1-megapixel optical image sensor, the Brio has high-dynamic-range capture, autofocus, a built-in ring light, 5x zoom and your choice of USB Type-A or Type-C connections.

Furthermore, the Brio includes three selectable field-of-view settings at 65-degrees, 78-degrees and 90-degrees. In addition to superb video quality, a pair of omnidirectional mics pick up audio perfectly. Perks like autofocus and light correction make the Logitech Brio an outstanding webcam that looks and sounds great. 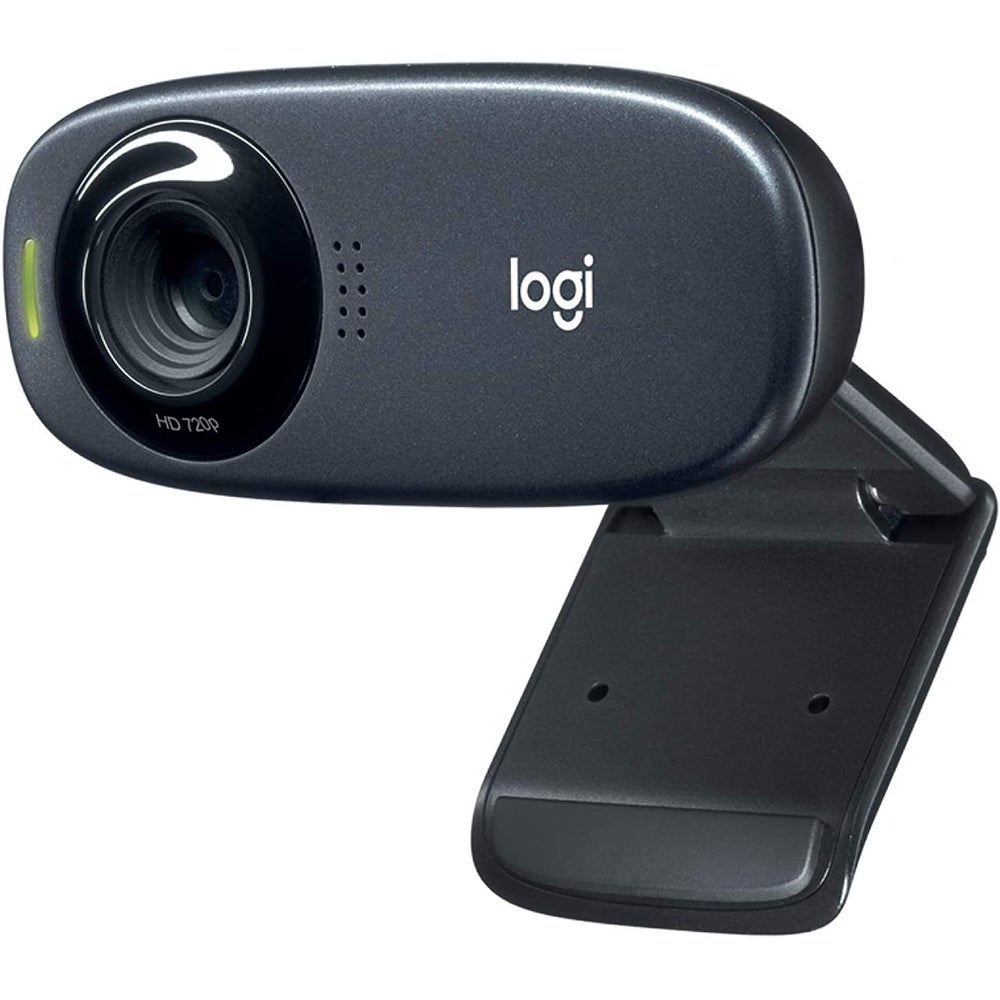 Considering its entry price, it makes sense for Mac Mini users to want a webcam that doesn’t cost as much while still offering serviceable specs to get you through the spate of meetings scheduled during your workdays.

The Logitech C310 is that camera. Sure, it doesn’t have the highest resolution video calling, capping out at 720p, but it does have a noise-reducing mic and automatic light correction as well as the ability to take 5-megapixel snapshots. Yet, the C310 is a good, cheap webcam. Its 720p/30FPS resolution is more than enough to get the job done. There’s a decent 60-degree FOV. If all you need is the bare minimum, look no further than the reliable C310.