A restaurateur develops a line of clothing to help control the pet population.

By Gwen Moran February 22, 2011
This story appears in the March 2011 issue of Entrepreneur. Subscribe » 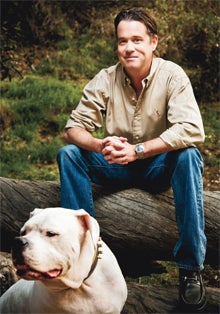 You can hear in Shane O'Neill's voice how much he loves dogs when he talks about the eight he has owned--especially the 10-year-old American bulldog he has now, who has cancer. So he was bothered by a statistic about the massive numbers of pets euthanized each year: between 3 million and 4 million, according to the American Society for the Prevention of Cruelty to Animals.

O'Neill, a partner in the Saddle Ranch Chop House (an 18,000-square-foot restaurant complete with mechanical bulls) at Universal Studios in Universal City, Calif., decided to use his entrepreneurial expertise to do something about it. In November, he launched Royal Bitch Couture, a clothing company based in Brentwood, Calif., to help homeless dogs by donating 50 percent of its profits to organizations around the country that spay and neuter animals.