Do These Four Changes Foretell a Better 2011 For Small Businesses?

Carol Tice
Owner of Make a Living Writing
December 15, 2010 min read
Opinions expressed by Entrepreneur contributors are their own. 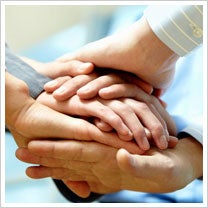 For pretty much the whole year and a half I've been blogging here on the Daily Dose, it's been a chronicle of gloom, recession and woe -- whether it be troubles finding customers or finding loans.

But it appears that we're now starting to see business improve for entrepreneurs, despite the recent (slightly) higher unemployment numbers. Here are four indicators that there really is light at the end of this tunnel, and that it's not the light from an oncoming train:

1. Small business hiring is up. Overall unemployment rates are still disturbingly high, butiness hires there's been a real turnaround in small-business hiring. Firms with less than 50 workers pink-slipped 3 million people in the past two years. But in the past nine months, the trend turned, and 200,000 have been hired back. Particularly strong are service-sector businesses, which did 91 percent of the small-business hiring in November. Last month, service businesses hired 49,000 people out of 54,000 total small-bus.

3. Marketing budgets are growing. After a couple solid years of cutting expenses to the bone, there are signs entrepreneurs are ramping up marketing budgets to capture more business on the economic upswing. A study from Zoomerang showed more than half of small businesses in a 1,000-company sample had a marketing budget for 2011 of $1,000 or less, while another 20 percent planned to spend as much as $9,000. They're focusing where marketing is cheap -- the Internet, which was the most popular marketing method respondents said they plan to use. Only 3 percent of small businesses said they plan to spend less in 2011 than they did this year, while 17 percent will spend more.

4. Sales of businesses are increasing. For a while, you couldn't sell your small business to anyone, at any price. The market seemed to grind to a halt. In my town, I saw plenty of 'for sale' signs in retail shop windows stay up for two years running, and then doors would close for good. But now, even in hard-hit parts of the country, businesses are trading hands again. In California, BizBen.com reports, nearly 1,000 small businesses sold last month, compared with just 24 in November last year.

What do you think -- are these changes harbingers of an economic turnaround at last? Leave a comment and let us know.
More from Entrepreneur