What Makes a Franchise Great? 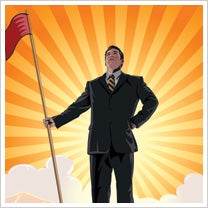 Our Best of the Best franchises are determined by Entrepreneur's annual Franchise 500 ranking, which takes into account objective, quantifiable measures of franchise success such as system size, growth and financial strength.

But greatness is about more than just numbers. So we asked three of the top franchise consultants around to tell us what it takes for a franchise company to be truly great.

Mark Siebert, CEO, iFranchise Group:
First and foremost, and it probably goes without saying, a great franchise must have a great concept.

Finally, franchising is, first and foremost, a relationship business. The best franchisors are the best communicators.

Jeff Elgin, CEO, FranChoice Inc.:
A great franchisor has a strong brand that creates a clear picture in the minds of consumers, and takes whatever actions they can to continually reinforce and protect this brand.

Also, in today's market, with financing options so limited, the great franchisors are doing everything in their power to keep their franchisees' total investment low and to help franchisees reduce expenditures wherever possible.

Last but not least, great franchisors have the very best training programs to get franchisees up to speed rapidly, and they never stop supporting those franchisees throughout the life of their business.

Joel Libava, The Franchise King:
Great franchisors have an uncanny ability to select great franchisees. It's not by chance, either. They get to know their current franchisees. They find out what makes them tick, and then find out how they become (and stay) successful.

On a similar note, great franchisors are usually pretty picky about who they award franchises to. The best companies that I work with have the courage to turn down franchise candidates they feel would turn out to be average franchisees at best.

And great franchisors are willing to invest in their systems. Franchisors can demonstrate true greatness by not being cheap when it comes to technology upgrades and marketing. Franchisees expect first-class systems; they need to feel that the money they're paying into the system is more than worth it.