By Diana Ransom July 1, 2011
Opinions expressed by Entrepreneur contributors are their own. 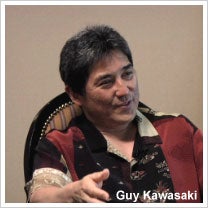 The consequences of using profanity on the job are typically severe and swift -- but, for entrepreneurs, dropping a swear word here and there can prove surprisingly beneficial.

When Time magazine's editor-at-large Mark Halperin called President Barack Obama a d—k on MSNBC’s Morning Joe program yesterday, the effect was instantaneous: Halperin was indefinitely suspended from serving as a political commentator on MSNBC, the White House press secretary Jay Carney called his actions "inappropriate" and Halperin had to issue an on-air apology.

Making such a gaffe is hardly an imminent concern for many entrepreneurs, as they don't often get the chance to appear on national television. But the thing is, cursing can -- in certain circumstances -- prove positive for entrepreneurs, says Guy Kawasaki, author and founder of Garage Technology Ventures, a Palo-Alto, Calif.,-based venture capital firm. In his view, cursing can engender camaraderie and trust.

1. Know your audience. Never attempt to cuss in front of a hostile audience. "Your audience has to be at least neutral, but even better, positively feeling towards you already," says Kawasaki. "If you take a hostile audience, swearing is not going to make them happy, but if you take an audience that loves you already, dropping a few swear words is OK. It shows you're more real, more down to earth, more human."

2. Curse only infrequently. "You shouldn't be known as a profane person," says Kawasaki. If you're going to curse in a speech, for instance, do so just once. "If you don't give that many speeches, you should do it only a few times a year."

3. Wait for the right moment. Reserve cursing for the perfect situation. For instance, when something happens that is "head smackingly stupid" and your audience also realizes it, then use the swear word, says Kawasaki. "They have to already be thinking along the lines of profanity, and you're cool enough to let it rip."

Has selective cursing helped you breed trust among the ranks? Let us know in the comments section.

Hiring A CEO? Use These 5 Methods to Find A Leader You Can Trust

Traded Cryptocurrency in 2021? Here’s How to Approach Taxes