Has Your Business Made a Brilliant Mistake?

By Carol Tice January 2, 2012
Opinions expressed by Entrepreneur contributors are their own. 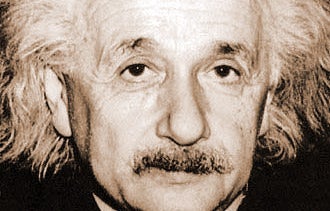 Sometimes, a great business idea emerges from an unlikely source. And sometimes, it's a complete accident. Perhaps it started out as a way to solve an internal problem at a business, that turns out to be a better idea than the original business.

This was the case at Groupon. The daily-deal darling began as a fundraising idea to help support the charity-campaign site called The Point. It's also true for Twitter, which started out as a way to make it easier for team members to find each other for meetings at the podcasting startup Odeo.

And there's always that classic story of how the weak adhesive in 3M's Post-It notes was ignored for six years because its inventor couldn't figure out a use for it. Then it met a little yellow square of paper and the right marketing campaign, and became one of the most popular products 3M ever saw.

Wharton Press has a new book on this topic, Brilliant Mistakes: Finding Success on the Far Side of Failure, by Paul J.H. Shoemaker. And there's a contest to go with it.

If your business has made a brilliant mistake, you could win two round-trip tickets on Southwest Airlines, a Wharton Executive Education course, a copy of the book, business-conference tickets and more goodies. To enter, describe your mistake in 300 words or less. You need to answer:

The contest is on until Feb. 1, 2012 -- so there's still time to let your team loose to work on random projects or for a screwup to happen that might lead to a business breakthrough.

To me, this sort of business success is a two-step process. First you have to discover something, often by accident. Then, the critical step is recognizing that this mistake could actually be something great. I think so many "mistakes" that had potential are simply discarded.

Has your company made a mistake that led to a great business idea? Leave us a comment about it, too.