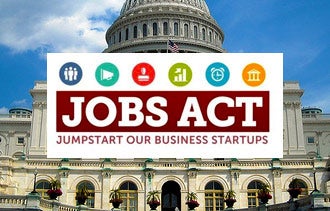 UPDATE: The House passed the Senate-amended JOBS Act on Tuesday, March 27, with a bipartisan vote of 380-41. The bill now heads to President Obama's desk.

After a lengthy debate over investor protections, the Senate has passed legislation aimed at making it easier for entrepreneurs to gain access to capital.

The Senate voted today 73 to 26 to pass the JOBS Act -- an acronym for "Jumpstart Our Business Startups" -- which, among other things, would make it easier for startups to raise small amounts of money from large pools of investors. The technique, called “crowdfunding,” has become more mainstream with the advent of sites like Kiva, Kickstarter and IndieGogo.

The legislation had been a source of controversy in recent days, as some Democrats argued that crowdfunding and other deregulations could expose investors to risks.

In a nod to those concerns, the Senate’s version of the JOBS Act includes a bipartisan amendment requiring companies who crowdfund to disclose basic financial information to potential investors. Without the amendment, entrepreneurs would have been able to raise up to $1 million without providing any financial disclosures.

In addition, companies must use third-party crowdfunding platforms approved by the Securities and Exchange Commission. The Senate also set a cap for investing in a crowdfunded company, banning lower-income individuals from contributing more than 5% of their annual income or net worth.

The amended legislation now moves back to the House, where an earlier version had been approved. House Majority Leader Eric Canter (R, Va.) said he would schedule a vote “early next week.” The White House has indicated its support for the bill and the new Senate-passed crowdfunding amendment.

Other than crowdfunding, the legislation contains a number of provisions that would, in various ways, decrease regulation and increase the ease with which startups can access financing and go public. For example, the bill would authorize a so-called “IPO on-ramp” which would allow companies temporary relief from certain SEC rules.

Members of the entrepreneurship community have been vocal advocates for the bill. In particular, Steve Case, the chairman of the White House’s public/private partnership Startup America, has been a champion of the bill.

But after moving out of the House two weeks ago, the legislation became the target of heavy scrutiny for not protecting investors. The likes of former Democratic politician Eliot Spitzer, who was known for his role in fighting Wall Street fraud and white collar crime in his time as New York’s Attorney General, and SEC Chairman Mary Shapiro have publicly voiced concerns that deregulations included in the bill would increase the potential for fraud. (For more on the provisions of the bill, please read "Six Small Business Proposals from Washington You Need to Watch".)

The Democratic senator from Michigan, Carl Levin, had been particularly outspoken about the JOBS Act. “The jobs bill before us, as it now stands, is anything but a jobs bill,” Levin said on the floor of the Senate yesterday. “This is not a bill which will allow new opportunities for American workers but one which will create new opportunities for fraudsters and boiler-room crooks.”

A handful of Democratic proposals in the Senate slowed down the passage of the JOBS Act, and most were ultimately not passed. The bipartisan amendment passed today was proposed by Sens. Jeff Merkley (D, Ore.) and Scott Brown (R, Mass.) and Michael Bennet (D, Colo.).

Related: Starbucks Is Into Them. But What Exactly Are CDFIs?