Angels, Equity and a Shark of One's Own

By Carol Tice May 18, 2012
Opinions expressed by Entrepreneur contributors are their own. 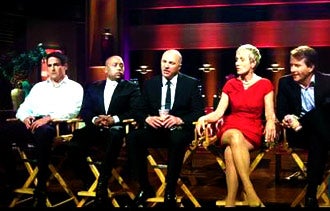 Many small-business owners dream of finding an angel investor or two who would pump cash into their business and help them expand.

In my experience, though, most of these dreams are more like delusions. Why? Most business owners don't have a realistic sense of what they'd have to give up to an angel investor. And often, once you find out what you'd be giving up by taking on an investor, you're not interested.

Case in point was a recent Shark Tank episode. Five different entrepreneurs came out to pitch the Sharks -- and each one made an equity offer that was just never going to fly.

Next was the one furthest into dreamland, interchangeable-parts swimwear startup Mix Bikini, which wanted $50,000 for just 5 percent of their business (which they hastily increased -- but only up to 10 percent).

Have none of these people ever met an angel investor before? Sure, angel investors are rich. But that doesn't mean they hand out their money freely.

They are taking a risk on your business with their dollars and expect a big chunk of ownership in your business in return. Usually, it's 50 percent or more. I was surprised when Shark Barbara Corcoran did a deal for $50,000 for only 40 percent of Wild Squirrel. That was an unusually low equity stake.

The thing about offering such low percentages of equity for a six-figure sum on a startup is it means you are overvaluing your company. If 20 percent of your company is worth $100,000, that means you think it's a half-million-dollar business. Angels often disagree, particularly if you've barely begun to book any sales.

Another thing: When an investor comes in, they want a piece of the whole pie. For instance, Cab20 was thinking its deal should exclude the band's copyrights, an idea the Sharks roundly rejected. Kevin O'Leary was interested for 50 percent of everything, and Cab20 passed. Sharks Mark Cuban and Daymond John offered Blanks $100,000 for half his business, a deal he initially balked at but ended up taking.

That's the hard decision entrepreneurs seeking investors usually have to make: whether to cut your business ownership in half in return for the capital you need.

Would you give 50 percent equity in your business to an angel investor? Leave a comment and tell us why -- or why not.