John Patrick Pullen
May 18, 2012 5 min read
Opinions expressed by Entrepreneur contributors are their own. 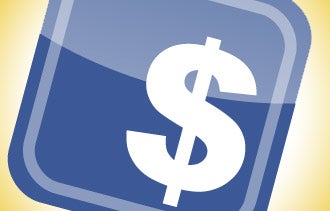 Facebook founder Mark Zuckerberg says the popular social network was not created to be a company. "Simply put: we don't build services to make money," the CEO writes in Facebook's SEC filing. "We make money to build better services."

Regardless of how the boy billionaire views his stacks of cash from the company's historic IPO, he's soon to be the envy of nearly everyone who's ever hung out a shingle. What makes this social media venture worth so much? When you're talking about a company as complex as Facebook and sums of money as large as Syria's gross domestic product, you can't just explain it with a pie chart.

The following factors contribute to the tech giant's immense value, and offer lessons for how other entrepreneurs can grow their companies:

Start small and roll out gradually.
With 901 million active monthly users -- more than the populations of the U.S., Indonesia and Brazil combined -- Facebook offers advertisers unprecedented access to consumers.

More than anything, it's this scale that makes the site so valuable. "You can reach massive audiences in a single platform," says Melissa Parrish, an interactive marketing analyst for Cambridge, Mass.-based Forrester Research. "It's smart data that allows you to effectively and efficiently target very specific audiences. I think its scale can't be over emphasized."

Still, we'll try: In one month, 889 million more people use Facebook than attend one of the 405 regular-season Major League Baseball games. In August, after eight years in business, Facebook projects it will have more than one billion users. It took McDonald's 15 additional years to serve the same number of customers.

Whether you work in burgers or bits, both Facebook and McDonald's grew using tactics entrepreneurs might want to emulate. Zuckerberg rolled out his website one college campus at a time, while former McDonald's owner Ray Kroc gradually expanded his locations after the food caught on with car-crazy consumers in the 1960s. By starting small and growing deliberately, they built demand, educated their consumers and created brand advocates that led to long-term stability.

"Growth may be slow, and that may actually be a good thing, because you are serving the needs of the audience who needs you at that moment," says Parrish. "Through that learning process, their enthusiasm about your company can build."

Intangible assets can be invaluable.
While it seems that a company valued so highly would boast considerable assets, Facebook's balance sheet hardly reflects its overall resources. The company's total stockholder equity (assets such as cash, working capital and property, minus the firm's liabilities) amounts to $5.2 billion dollars, and Facebook has at least $8 billion of available credit.

But there are also significant intangibles to account for. In the past year, for example, the social network has purchased at least 1,300 patents from Microsoft and IBM for an undisclosed amount of money. In addition, Facebook's acquisitions of smaller firms have brought it new tools and capabilities.

The stores of data, however, may be the most invaluable asset, allowing Facebook to deliver targeted advertising to users in new ways. "The data, and the potential to use that data, is a lot of how Facebook derives its value," Parrish says.

Like Facebook, you can develop your company's distinctive strengths and infuse your business with hidden value. Recipes, proprietary tools and trade secrets can pay off big when it's time to sell or solicit investors. It may be as simple as an addictive French fry ingredient or as intangible as a designer's eye for detail. Look for what differentiates your operation from the competition, and refine this distinction like a diamond until it becomes a shiny selling point.

Diversify your revenue streams.
Financial pundits have long debated whether Facebook's stock is worth the hype, but no one can argue with the company's financial performance over the past three years. Revenue rose 154 percent from 2009 to 2010 and 88 percent from 2010 to 2011. The growth is slowing but not abating.

The vast majority of the revenue comes from advertisers, but the mix is shifting. Marketers want more from Facebook, Parrish says. But "at the moment, Facebook is a little bit stingy with the data that they have." The company has become more sensitive to how it handles user data, fearing a backlash.

In the first quarter of 2012, advertising made up 82 percent of the site's revenue, down from 87 percent a year earlier. Meantime, payments and other fees from partner companies such as Zynga have nearly doubled as a revenue source.

Diversifying your revenue streams can inject your business with potential. Facebook did it by developing new interactive tools, such as commerce systems that allow the site's games to sell virtual goods.

Other small businesses can diversify revenue sources by plying their skills in new ways. Restaurants can double as caterers, or furniture stores can rent their chairs and couches to fill empty homes that are for sale.

So, what's Facebook's next move to create a new revenue stream? The social network will continue going mobile. After all, it hasn't put an ad on a mobile device, yet.