By Alina Dizik May 23, 2012
Opinions expressed by Entrepreneur contributors are their own. 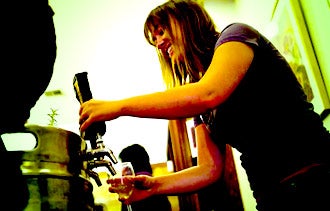 More watering holes are going green to stand out from the competition, as well as help the environment.

Bars are recycling glass bottles, composting leftovers and serving organic wines to signal to customers that they're serious about sustainability. The Green Restaurant Association, a nonprofit trade group with 850 members, has seen a 20% uptick in the number of member bars since 2010.

Sustainability appears to make a difference to customers. In a 2010 survey by the consulting firm Technomic, 52% of consumers said they'd visit a sustainable dining establishment more often than other restaurants and bars.

Not sure how to incorporate green practices into your own bar? Here's a look at how three entrepreneurs did it.

Two years ago, Steve Basile, 52, manager and partner of a popular Irish pub, decided it was time to go green. But he soon realized it wouldn't be cheap.

Basile found beverage napkins made from post-consumer waste to be costlier than the ordinary variety and recyclable takeout containers to be twice the price of Styrofoam. Despite the economics, he made the switch. He thought about adding a takeout fee but decided to absorb the extra expense and keep looking for alternatives. Two years later, he found recycled fiberboard containers that are both eco-friendly and about the same price as the standard kind.

Related: How to Start a Bar/Club

He has reduced the number of bottled beers from 14 to seven and added more beers on tap, meaning less glass bottle waste. He also is participating in a glass recycling program and turning old menus into scrap pads at the local FedEx Kinko's.

Basile does a little eco-marketing. Menus feature a logo he calls the Green Pub Initiative (a recycling symbol with a beer bottle in the middle). "By giving it name, it attaches some weight to it and lets people know we are now being careful to reduce our waste," he says.

Although Basile has received positive reactions from some customers, the 25-employee company can't attribute any sales increase to the environmental focus. Still, he believes it is helping build a more eco-conscious brand that attracts patrons who care about sustainability. "It's not the reason we're doing this, but it's a nice fringe benefit," he says. 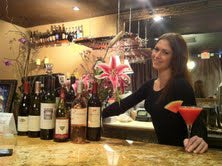 When she developed her bar concept, Mare'ka Enright, 29, decided she wanted to offer customers a healthier way to drink. Last year, she opened her namesake bar with the tagline "The Organic Watering Hole." The 30-seat bar offers cocktails and elixirs with ingredients like Kombucha tea, fresh blackberries, basil and even beet juice. In the mornings, the bar-cafe offers non-alcoholic smoothies and juices.

Making sure each drink is fresh takes time: Customers sometimes wait as long as four minutes-an eternity in the bar scene. Increasing the wait time was a risky move, but Enright finds that most patrons are happy to compromise a few minutes for a healthier drink.

Enright also offers fully compostable cups made from corn for takeaway drinks. The cups cost $80 per container, twice the price of the non-recyclable option. "It makes me feel really good even though it costs me a lot," she says.

Eight months after opening, Enright says she is already breaking even on her monthly expenses and considering franchising opportunities. "It's about martini parties, but it's also about feeling better when you leave than when you walked in," she says. She estimates that 75% of her business is repeat customers. 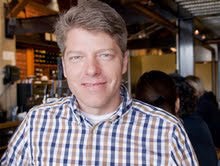 Five years after opening Standing Stone Brewing, Alex Amarotico, 42, began moving in a greener direction. In 2002, the 68-employee bar and brewery started recycling aluminum and installed a more energy efficient ventilation system. "It was basic stuff, and we were probably one of the only companies doing that," he recalls.

Last year, Amarotico decided to take his green ethos to the next level. He leased a nearby 265-acre organic farm from the city, and the cows and chickens provide fresh beef and eggs for his bar's food service. In the last few months, the bar also started using the farm to compost uneaten food.

Additionally, the company launched a recycling program allowing it to cut post-consumer waste by more than half. The new recycling approach required some adjustment. "It's so easy to throw something in the trash," Amarotico says, "but [employees] now decide between five different bins."

The company also gives free bicycles to employees who have worked at least 1,000 hours and promise to ride them to work. The sustainability focus has had an unexpected effect: "It's helped retain people and has attracted a more energetic type of person," Amarotico says.

It also has helped the bar attract more local residents, reducing dependence on tourists who visit Ashland for events like the Oregon Shakespeare Festival. "Now we're pretty much busy year around," Amarotico says, noting that business this year is up 20% over the same period in 2011.

Related: Tabbedout: A Mobile Payment App for Restaurants and Bars