How to Stand Out by Keeping it Simple 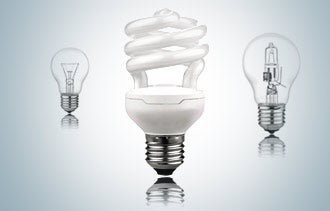 Some trend tag-alongs are just lame. Nobody needs a male-centric Pinterest--though, yes, Manterest exists. Really. What's next? Twitter for pets? But even if your smart business idea is part "me, too," it doesn't have to sound like, well, one of those. It all comes down to messaging.

Remember: There are some pretty significant market leaders who were all second- (or even third-) comers. Myspace hit the web before Facebook. AOL gave you mail before Google. The Walkman preceded the iPod. But who's standing now? So, even if your startup wasn't first on the scene, the right messaging can help you dominate.

You should be able to clearly explain the following about your company within 10 seconds:
1. Who you are
2. What you do
3. Why you're different
4. Why they should care

Don't think that can be done with a concise yet effective message? Look at these:

Forkly: "Share your tastes and discover new ones. Eat, drink and rate." FreshBooks: "Painless billing." And, yes, Pinterest: "Organize and share all the beautiful things you find on the web."

Those statements don't only hit on need and function; they create an emotional trigger. Just like that, the companies are more than another iPhone app, online billing platform or social sharing site. They're uniquely designed to hit the triggers of their target demographics (food and drink lovers, anyone who hates billing, fans of visual organization).

As you work on your own messaging, don't settle for second-best or copycat tactics. Ditch the buzzspeak and all the tired, overused words that people don't even hear. Use plain language. For the love of all that is holy, your company is not a "disruptive platform offering overarching solutions in the SaaS space, giving customers unprecedented innovation and superior service." Second-comers will always come last if they spew unintelligible crap like that.

Instead, look to the messaging of a company like AppliedTrust, an IT consultant: "We solve hard IT problems so you can make the world awesome." Not a single buzzword. Plain English that makes you want to learn more.

No, they're not the first IT consulting firm on the planet, but they didn't sell themselves short with words. More important, they chose not to waste anyone's time by making it hard to figure out the gist of what they do.

So remember two things on your journey from me, too to hell, yeah: First, it's unlikely that anybody will want to use your product unless they understand what it does--and simple language is the best way to get them there. Second, words can deliver you both to and from evil. Kick-ass iterations keep our economy moving forward, but they never imitate. Rather, they emulate, taking the best of the past and present to show us a better future.