5 Ways to Hatch Your Next Business Idea

In his book "Maverick Startup," serial entrepreneur Yanik Silver lays out his "X Factors" for turning your big idea into a profitable business, without taking on debt, partners or even a business plan. In the following excerpt, Silver guides readers through X-Factor No. 1: Developing a big idea.

If you don't have a big idea, you simply fade into the background like every other "me too" product or service. It's not always about having a proprietary product or service. This is really more about positioning and a prospect's immediate reaction to your product.

That's one of the key elements of the big idea -- gut reaction. With our world being busier than ever, people usually don't have time to explore absolutely everything about a product or service. We use shortcuts for our decision-making. The more clearly you can distinguish your product or service, the better you'll do in the crowded marketplace.

Working on your big idea is critical and means the difference between a "base hit" or a "home run" product. What follows are five major things I keep in mind when coming up with a big idea or hook.

Related: An Entrepreneur's Guide to Brainstorming

Let me give it to you straight: People want the fish handed to them on their plate,   grilled perfectly with some seasonal vegetables on the side. Look at Home Depot, the world's largest "do it yourself" company. It started buying up companies to provide services for consumers, and their CEO thinks the "done for you" services will eclipse their current sales.

I've had big success with "giving people the fish," including my first online product, www.InstantSalesLetters.com. The whole hook is in the headline on the site: "In only 2½ Minutes You Can Quickly and Easily Create a Sales Letter Guaranteed to Sell Your Product or Service. . ." That hook has been responsible for my first million-dollar idea with a little $40 to $50 product.

Related: Secrets of the 10 Most-Trusted Brands

One of my winners has been an e-book called "33 Days to Online Profits," which I co-wrote with Jim Edwards. I believe that brand has been kept alive because of the very specific hook in the title. Each day you are given a homework assignment, so it's a day-by-day course for 33 days.

My biggest example of this is the "Underground" online seminar concept I developed. Every year I bring in unknown speakers who were really succeeding online. It's not the usual suspects you'd see at other seminars. And each year the event has sold out weeks in advance.

Think about when Volkswagen Beetle first came to the U.S. with their "Think Small" campaign in 1960. It was the era of big cars and automakers were trying to outdo themselves by building bigger and bigger cars. But the VW Beetle quickly became a blockbuster because it went in the opposite direction. The campaign was so powerful that AdAge magazine named it No. 1 in its "Top 100 Advertising Campaigns" list.

If you are moving into a crowded marketplace, you can slice off a piece of that market to be first. Hedonism took Club Med's concept of all-inclusive resorts and geared it toward singles. Sandals resorts niched the all-inclusive concept again, this time for romantic couples.

If you start thinking about these points for creating the big idea or a hook, you’ll begin to notice ideas everywhere. Plus, you’ll see how successful products and services are, in many ways, takeoffs on other successful concepts that came before them.

Related: How to Research Your Business Idea 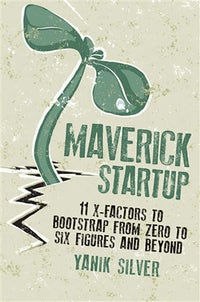