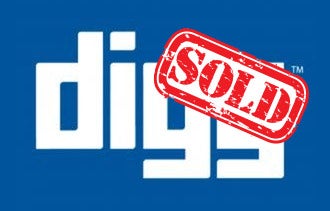 Not long after launching in 2004, social news aggregation site Digg was heralded as a tool that forever changed the nature of the news media. By 2008, the site was nearly acquired by search giant Google for $200 million.

Yesterday, Digg was bought by a company called Betaworks for -- wait for it – a mere $500,000. Betaworks is the company behind other tech brands like URL shortener bit.ly, website analytics tool Chartbeat and another social news site News.me.

How did a former social-media darling, founded by serial entrepreneur Kevin Rose, see its value drop so precipitously when the social web has only grown in popularity? Over the years, the site has been plagued by some unfortunate missteps. Here are three lessons any entrepreneur can learn from Digg's slide:

1. Continue to innovate and provide value.
One of the coolest features Digg had when it launched was the ability for users to "digg," or vote for their favorite content, and "bury" the content they didn't like. The more diggs something got the higher it was regarded among the Digg community. It created interactivity around the content on the site.

But a number of competing social companies adopted similar features that allow users to vote content up and down. Among them Facebook and Twitter. When Digg failed to innovate, it fell behind the competition. And its traffic figures have been in steady, if not dramatic, decline.

Related: 4 Lessons Every Entrepreneur Can Learn from RIM's Downfall

2. Make sure the system works.
Digg's social voting feature also was one of its downfalls. When you'd visit the Digg website, you'd probably think the content at the top of its homepage was voted there by the site's millions of active users. If so, then you'd be wrong.

At least one report suggested that Digg's popular content was dictated by a group of power users. It said the site's top 100 users accounted for more than half of the stories that appeared on the homepage. In other words, Digg was mostly highlighting the opinions of only a small, select group of users.

If Digg's algorithm was playing favorites with some users, it was inevitable that it would anger many others.

3. Pay close attention to design execution.
Perhaps the final straw for Digg came in 2010 when the site launched a major redesign that ignited the furor of its users. It was aggregating stories from other news aggregators due to a glitch in its new auto-submission system. Server issues caused functions like commenting to stop working. The site kept crashing.

While many sites experience some technical hiccups as well as some negative feedback from upset users following a redesign, this one caused Digg users to declare a "quit Digg day," and many jumped ship for competing news aggregator, Reddit.

Related: How to Play to Your Company's Strengths

What business lessons would you add to this list? Let us know in the comments below.

Embrace the Unknown to Transform Your Life