Mining Company Branches Out into Recreation

By Margaret Littman September 28, 2012
This story appears in the September 2012 issue of Entrepreneur. Subscribe » 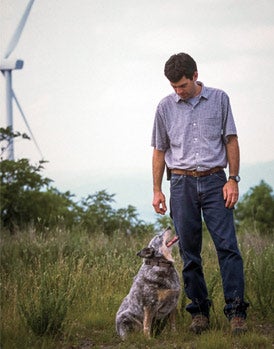 When Brent Galloway was growing up in eastern Tennessee, he often rode his dirt bike on local mountain trails. This wasn't illicit behavior, per se, but it wasn't exactly sanctioned by The Coal Creek Company, the mining outfit that owned the land.

Fast-forward several decades: Galloway is general manager and chief forester at Coal Creek. He came onboard in 2009, after Coal Creek bought out his forestry consulting company. Galloway now oversees the Coal Creek OHV (off-highway vehicle) Area and Windrock Park, a recreation and camping facility on those same Oliver Springs mountains where he biked as a kid.

"It does make me proud to say I have been riding here for 24 years," Galloway says.

In 2000 Coal Creek started selling permits for its trails, not only as a way to generate revenue, but also to regulate usage, to reduce the danger of forest fires and to pay for trail maintenance, mapping and other land management. A campground was added in 2007; new cabins went up this year. Coal Creek still has three coal mines and is involved in timber sales and timber consulting to other companies.

At 72,000 acres, with 315 miles of trails, the OHV and Windrock Park together make up one of the country's largest off-road parks; similar facilities in the area are less than one-quarter the size. "I refer to what they do as trail riding in a closet," Galloway quips. "We are very fortunate to have the acreage that we have." The trails are open to all types of off-highway transportation like four-wheel-drive vehicles, trucks, ATVs and mountain bikes. 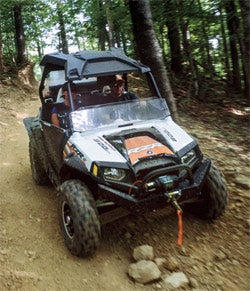 Galloway takes care to ensure that trails are designed to shield visitors from harvested areas--"Users who travel 500 miles to come here do not want to drive through areas where timber has been cut," he says--and is diligent about removing invasive kudzu and undertaking sustainable forestry projects.

Galloway won't disclose revenue from the park or the camping area, both of which are subsidiaries of Coal Creek, but says the ventures are "valuable" to the firm's bottom line. Daily and multiday permits start at $17, and there is an $88 annual option available.

The addition of non-motorized activities--including outdoor concerts and ziplining--is in the works. First up is a two-day foot race planned for April 2013. "This is a big-kids' playground, surrounded by sheer beauty," says Ryan Roma, development director for Knoxville, Tenn.-based Race Day Events, which is producing the race. "We want to help open it so more people can use it."

Coal Creek's board sees recreation as a growing business segment that has allowed the company to survive the volatility in the mining industry. "Coal Creek was a coal-mining company for 100 years. Then the laws changed.

Oil and gas are natural resources; prices go up and down," Galloway explains. "Out of all the things we do, recreation is the one thing we can control."