How to Lead With Grace Through Tragedy

While entrepreneurs spend most of their days obsessing over their business operations, when an unexpected tragedy upends a community, as it did in Boston last week, business owners often end up becoming local leaders.

Countless businesses donated time, money and resources, helping the city band together. Massachusetts Governor Deval Patrick and Boston Mayor Menino created The One Fund Boston for corporate and individual donations. As of Friday, $25 million was collected businesses, including nearly $17 million from businesses, including large corporations such as Bank of America, Bain Capital and the Boston Celtics. 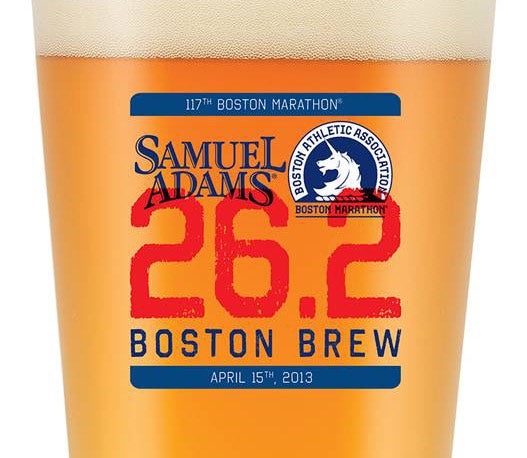 All of the profits made from the Boston 26.2 Brew will go towards the victims of the Boston Marathon bombings.
Image credit: The Boston Beer Co.

Smaller businesses, in addition to giving money, have found creative ways to give back. The Tasty Burger restaurant located in the heart of downtown Boston invited emergency-response workers for a free meal in the two days following the disaster. Also, accommodation-booking service Airbnb waived fees for customers who checked in on the Monday, Tuesday, or Wednesday after the bombings.

Sam Adams Lager, brewed by The Boston Beer Co., has become an iconic brand for Boston. In the wake of the Marathon bombings, Boston Beer and its founder Jim Koch, responded quickly to the tragedy unfolding on its doorstep. The steps that Koch and his company took can serve as guidance for leading through troubled times.

1. Attend to employees first. As a business owner, your first responsibility is to your employees. Boston Beer had more than 40 employees working near the finish line and along the marathon route, says Koch. Immediately following the bombings, Koch sought to contact every employee on site to ensure he or she was safe.

Cell reception shut down in the region immediately following the explosions to prevent any other bombs from being remotely detonated, so it took some time for Koch to hear back from employees. He eventually accounted for all.

2. Give generously and quickly. Boston Beer had brewed a beer for the marathon, called the Boston 26.2 Brew to be available along the racecourse and throughout the city. Immediately following the bombings, Koch committed to donate all of the profits from its sales of the 26.2 Brew to a local foundation, The Greg Hill Foundation, run by and named for a local radio personality. In addition, the company is donating the profits it from brewery tours in April to the victims and their families.

Because Boston Beer is involved in the community, Koch knew Greg Hill and his foundation. Also, Koch didn’t have to go through corporate red tape to donate from corporate coffers. "We can just make a decision that morning. This is what we are going to do,” he says.

3. Invest in the future. Boston Beer was a sponsor of the Boston Marathon this year, and immediately following the bombings, Koch committed to sponsor the race next year. “We need to come back strong,” he says. Every year, the Boston Marathon is run on Patriots’ Day, a holiday honoring the first battles of the Revolutionary War. “One important thing is not to let this kind of event diminish all the wonderful things that happened to Boston on that day,” Koch says.

Has your business ever had to react to a tragedy in your community? If so, what did you think was your most critical responsibility? Leave a note below and let us know.