Innovating the Beauty Industry: How to Capitalize on Chem Labs and Engineering Firms

Entrepreneurs are increasingly leveraging the fields of science and technology to create and promote products that promise a more beautiful you.

There’s a reason why the beauty industry is a multi-billion dollar one. Those little pencils, lipsticks and mini compacts of pressed power may be small-ticket items. But during the credit crisis, when big-ticket items like autos, electronics and high-end clothing were less attainable, consumers turned to cosmetic products to satiate their thirst for discretionary spending.

There has since been a proliferation of entrepreneurs in this recession-proof space. At the start of the recovery, socialites led the pack, posing as both the founders and patrician faces of their brands.

Then consumers increasingly gained unlimited access to an eternal stream of online product reviews. “Consumers are empowered in their ability to amplify their point of view of products through the tools of social media,” says Sheryl Adkins-Green, CMO of cosmetics giant Mary Kay, which grossed $3.5 billion in global sales last year. “So all those companies have to be very accountable to what they promise.”

Enlightened beauty shoppers want more than a wider variety of trendy colors, and they’re certainly looking for more than a traditional celebrity endorsement. They’re also busier and thus craving multi-functional formulas and convenient packaging to speed up their morning routines.

So today, many innovators are emerging from behind the scenes of their chemistry and engineering labs to stress the science-based branding of their beauty products. Also, celebrity hairdressers and beauticians, who have frontline knowledge of consumer needs, are entrepreneurially launching their own lines by capitalizing on chem labs.

Three beauty industry entrepreneurs discuss how they leveraged the fields of science and technology to disrupt cosmetics. 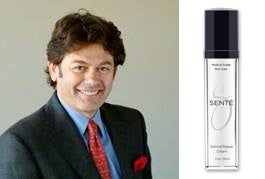 There’s a fine line between biotech and beauty.

A report by BCC Research values the anti-aging products and services market at roughly $262 billion, with projections to reach $345.8 billion by 2018. At a compound annual growth rate of 5.7%, it’s no wonder why most beauty companies are on an R&D quest for the glamorous fountain of youth.

Kleanthis Xanthopoulos, a Ph.D. in complex life sciences and former sector head for the Human Genome Project, spent his life studying medical solutions to treat very unglamorous conditions, such as Hepatitis C and cystic fibrosis. After working at The Rockefeller University, Roche and Aurora Biosciences, he left biotech and academia to launch Senté Labs.

“My biotech and life sciences career have been based on this philosophy of high-level, high-quality science,” he says. “So in 2007 my business partner and I were contemplating how to apply that same rigor of developing pharmaceuticals, to cosmetic products that are just as sophisticated.”

When Dr. Xanthopoulos was developing the Senté Dermal Repair Cream, he applied the same research techniques and clinical testing scrutiny that an FDA-approved drug would require. He studied the molecular biology of the epidermis and the aging process. He saw that glycoproteins are the key fundamentals that uphold the infrastructure of the skin. So why hasn’t anyone in the massive skincare market incorporated these proteins into products? Well, it turns out glycoproteins are very difficult to produce. But to cut through the scientific chatter, he and a business partner delved deep into their biotech connections to partner up with a lab in Milan, Italy that specialized in producing glycoproteins. They forged an exclusive alliance and gave the lab a quarter stake in Senté Labs.

Michael York, CEO at Senté, (a former pharma exec with stints at AstraZeneca, Amgen and Amylin) adds that his marketing strategy relies on a blend of sales through dermatologists, physicians and glossy magazine features.

Related: How the Lash Lounge Franchise Extended Its Business

"The breakthrough has to do with how to stabilize hydrogen peroxide, which by nature is a very unstable compound." -- Dr. Jonathan Levine
Co-founder: Stacey Levine
GLO Science
Founded 2011
NYC

It all started when a prosthodontist married someone with 15 years in the beauty retail industry. Dr. Jonathan Levine already had 15 patents for dental care products under his belt, but there was an unfulfilled need in the market: quick and pain-free teeth whitening. The hurdle was how to stabilize hydrogen peroxide. Up until the GLO breakthrough, the professional whitening lights sat outside of the mouth allowing the whitening oxygen to escape. The whole process was inefficient, caused sensitivity and took two hours. During a bike ride, Dr. Levine had an "aha" moment: Expedite the teeth whitening process by installing light in a universal mouthpiece – but it had to be a closed mouthpiece to keep the oxygen contained.

It took simple trial and error to work with designers and engineers to create a prototype. They then launched GLO to prestige beauty vendors like Sephora and convinced them to expand beyond skin and hair products, and consider oral care as a distinct category within their cosmetics sales mix.

“This idea of a closed system, universal mouthpiece brought us down the road of innovation and we built our intellectual property around this idea,” says Dr. Levine.

They advanced on the idea when his wife, Stacey, envisioned a portable Everyday Glo that could fall into a purse or a pocket. “We created this multifunctional pen, with a customized tip for not just whitening but to kill bacteria on the gums and tongue,” says Dr. Levine.

He adds: “We don’t have the same R&D budget as P&G but we are very agile as a small company, so that allows us to innovate, be resourceful, and the secret sauce is to tap manufacturers and engineering teams to test and bring products to market.” 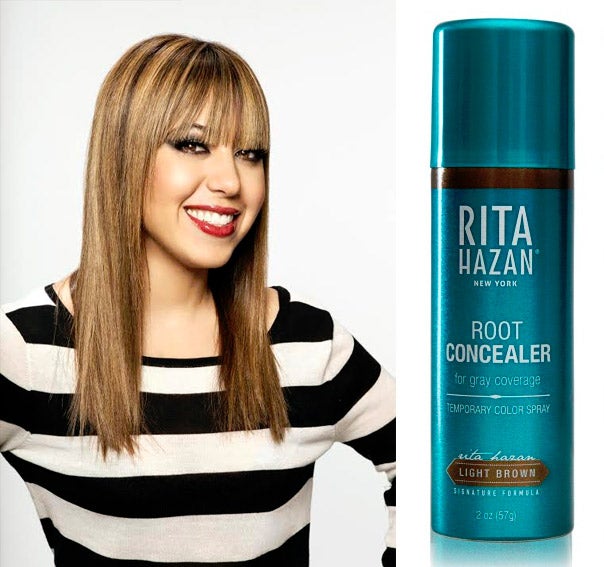 You don’t need a medical or engineering degree to disrupt the beauty industry. Hair and beauty professionals have the power to obtain unfettered, firsthand insight into the customer mindset. Rita Hazan’s past roster of clients happened to include Beyonce, Mariah Carey and Jessica Simpson.

When her status as a celebrity colorist was gaining steam, people were encouraging her to ride that wave by signing with a business partner to launch a product as soon as possible.

But she didn’t want to launch an eponymous product line just for the sake of it. The world, after all, had enough shampoos and conditioners.

And in between dying diva tresses, she realized there was one question she constantly heard: How do I keep my hair color to last longer? And what can I do about grey roots?

“There were some products out there but women were complaining about them,” Hazan says. “But why aren’t these companies listening to these women’s complaints? Well, they don’t because they’re not in the trenches of hair color, but I am.”

It took three years to develop a special spray can for Rita Hazan's Root Concealer for Gray Coverage. “I went to a few different labs but it was all about finding the right aerosol can company to create a root concealer,” she says. They had to perfect the can's pinpoint actuator and the correct tube to perfectly dispense the color and resin to adhere to the hair, and add the perfect amount of silicone for shine.

Then it took another two years to perfect the colors. Alas, after a five year journey in product development, it was time to start selling the glammed up aerosol cans at Sephora, Ulta and QVC.

“It was challenging but average work isn’t in my DNA,” says Hazan. “But when I hear people say ‘I can’t live without this root concealer,' I know I’ve done my job.”

4 Places to Find Your Next Big Idea