Protect Your Privacy With These Strange Anti-Surveillance Frocks and Fashions

It's not 1984, but Big Brother's all-seeing eye of surveillance is definitely watching you.

The NSA intercepts millions of private images every day for its massive facial-recognition project. Yes, Uncle Sam is snooping on you -- your text messages, your emails, your social-media posts and, fittingly, even your Facetime (and other webcam videoconferencing) sessions. All for a myriad of sketchy reasons, not just to snatch pics containing your face and others'.

But Big Brother isn't just in your inbox. His prying eyes are in the sky, too. New insanely high-powered, airplane-mounted surveillance cameras have already spied on countless people from above in Baltimore and Philadelphia, and who knows where else. The city of Compton in California secretly surveilled its citizens by drone.

Related: The NSA Is Using Angry Birds to Spy on You

While we can't do much to escape the ever-sharpening digital eye of surveillance (forget that nose job, even plastic surgery can't fool some biometrics-based spy systems anymore), we can fight back with a few stealthy and seriously strange countermeasures. Yes, these are for the extreme privacy protectors (slightly paranoid?) among us.

Related: Want to Run Faster? This Old-School Concept Might Hold the Answer.

From drone camera-thwarting burkas to anti-drone cover-up clothing and shrouding coifs of hair, here are three frocks and fashions that might help you save face and protect your privacy: 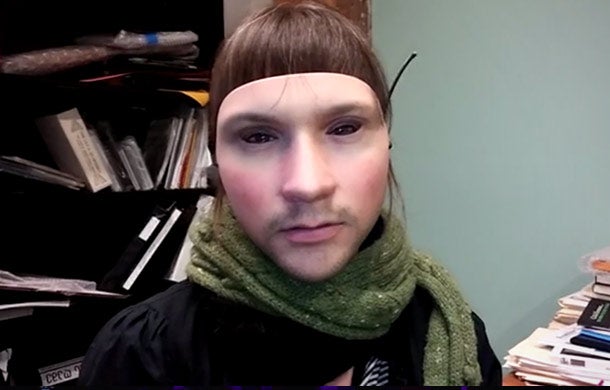 This spooky, eye-less photorealistic $200 face mask puts a new face on disappearing into the crowd, namely that of its inventor's, Chicago artist Leo Selvaggio. Irked by the Windy City's controversial "Virtual Shield" network of some 3,000 military grade, always-on facial recognition networked cameras, Selvaggio was inspired to develop a freaky way to protect the public from invasive surveillance.

You could say he sacrificed his own round, ruddy face for the greater good, right down to his beard stubble. In his own likeness, Selvaggio created the URME (pronounced "you are me") mask, a prosthetic decoy for your face, a skin-like pigmented resin 3-D mask that lets you masquerade in public as him. Selvaggio says surveillance cameras will think you're him, which he's obviously cool with. That's kind of the whole point.

Worth noting, however: Wearing face masks is illegal in some U.S. states, like New York. 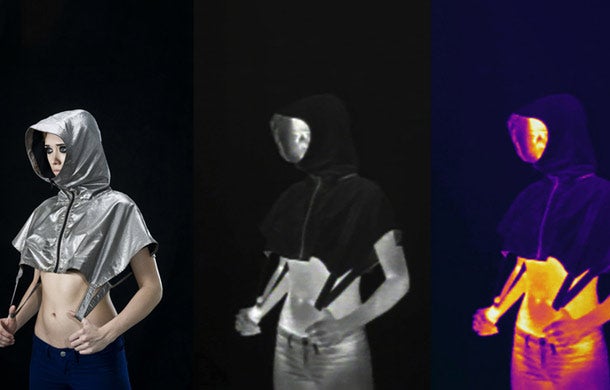 Appropriately, he named the countersurveillance frocks Stealth Wear. Each pricy ($475 to $2,500) thermally reflective real silver-plated fabric garb is lined with silk inside. For paranoid people on a budget, there's a $40 T-shirt that does all the drone-dodging work without the futuristic flair. All Stealth Wear items, available at The Privacy Gift Shop online, block thermal radiation emitted by the infrared scanners drones use, allowing wearers to go as under the radar as possible.

Not into metallic burkas? Try Harvey's CV Dazzle techniques instead. They're World War I-inspired camo makeup techniques that he claims can fool facial recognition technology. A streak of bright blue face paint under your eye and stripe of white down the bridge of your nose, and your facial features should be harder, or ideally even impossible, for facial detection algorithms to decipher. Harvey's also come up with a choppy crop of face-obscuring hairstyles. 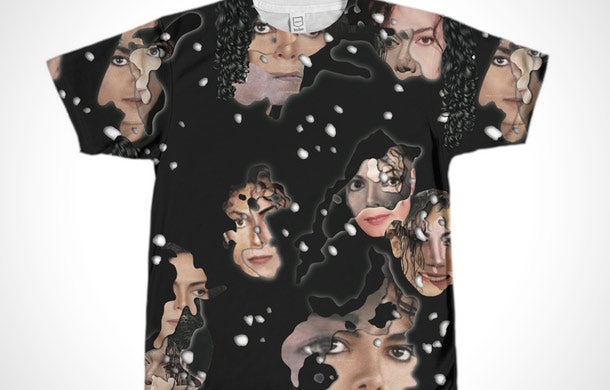 Related: Meet the Algorithm That Can Predict Your Photo's Popularity Before You Post It

Niquille claims her custom-printed tees are graphically wacky enough to trick Facebook's face-creeping algorithm, just enough to throw it off a bit, though -- bummer -- they don't completely stop the world's biggest and nosiest social network from recognizing your face.

Face it, you can run, but sometimes you just can't hide. Not all the way.

5 Ways to Start a Lucrative Real Estate Side Hustle