Meet Match-Click, the Company That Wants to Take on LinkedIn

By Laura Entis February 2, 2015
Opinions expressed by Entrepreneur contributors are their own.

By this point, Maury Hanigan is used to winning pitch competitions. So far, she's entered three and swept them all.

Her most recent victory was at Pitch Night NYC's inaugural competition, held in midtown Manhattan. From a field of 13 contenders, most who fit the tech startup stereotype (20-something males in jeans and t-shirts) Hanigan stood out. Not just aesthetically -- although blonde, middle-aged and dressed in business professional attire, she certainly did -- but also for the poise and polish of her pitch.

While other founders floundered, wasting precious seconds of the strictly enforced two-minute time frame with unnecessary details, Hanigan’s focus never wavered. When it was her turn to get up in front of the judges, she concisely outlined what her startup, Match Click, does ("Match-Click solves the problem of employers trying to recruit passive candidates"), the need it fills ("companies want to poach the superstars from their competitors, but when they do reach out, only 5 percent of candidates respond") and the traction it's already generating ("we're being used by Ernst & Young, L'Oreal, Cisco, Citrix and a bunch of other companies"). 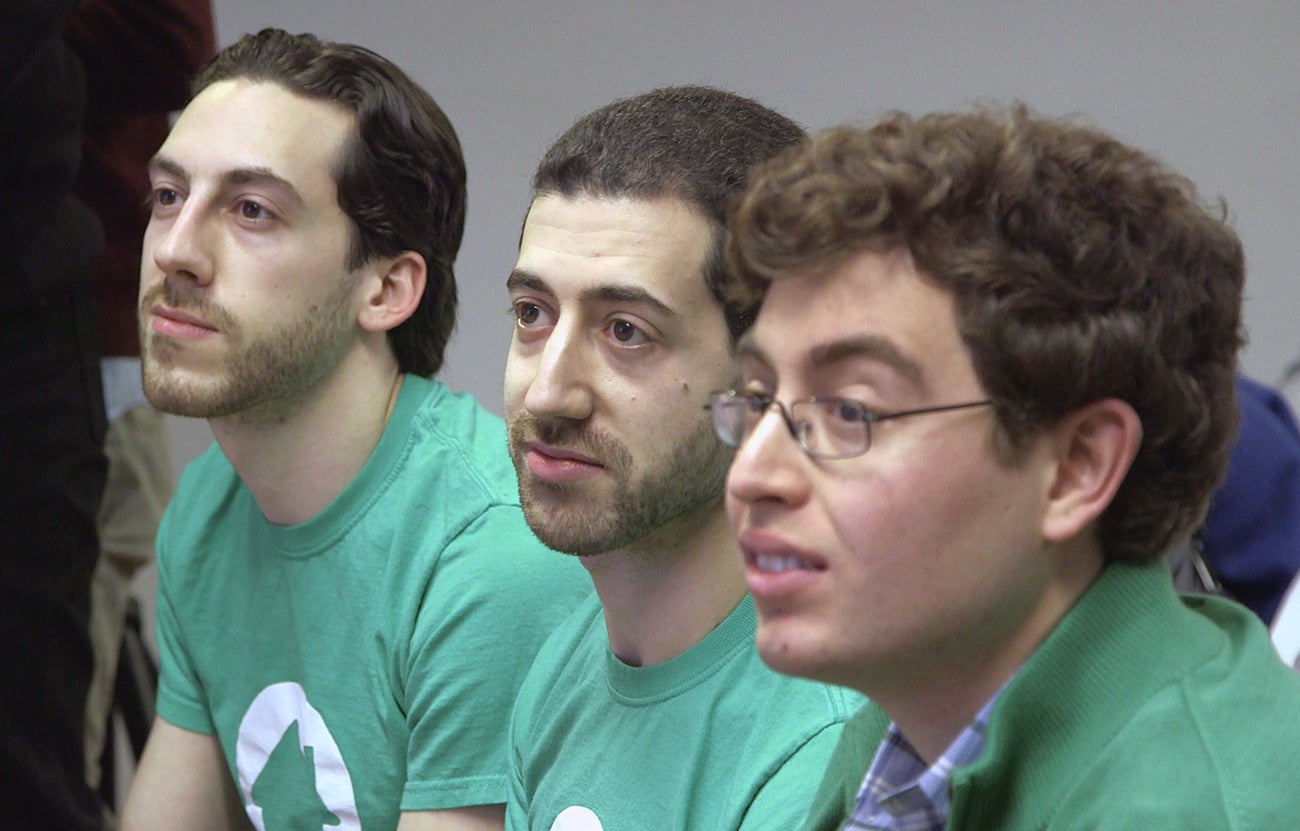 A couple of weeks after her Pitch Night victory, Hanigan is at the start of what will be a busy day. It's 9:30 a.m., and she's already had a meeting with a prospective client. Later, she'll head into the Match-Click offices, which are located in midtown. In a t-shirt, pink scarf and jeans, she's dressed more casually that she was at Pitch Night and is palpably energized. After a long career spent helping companies with their recruitment strategies – including a 20-year stint running a talent management firm -- she finds that entrepreneurship suites her. "It's about people taking charge of their own lives -- you don't find a lot of complaining and whining."

While many of her competitors at Pitch Night were recent college graduates, Hanigan believes her lengthy career experience gives her an edge. "I know employment law," she says matter-of-factly. "That's very important if you are going to start a business in this space, especially when you are talking about big companies."

Related: Meet the Startups That Faced Off at the First-Ever 'Pitch Night NYC'

It also helps that she understands the recruiting process from both sides of the equation. Decades spent consulting companies on their recruitment strategies taught her what employers want, but she also has a solid grasp on the psyche of a job candidate, joking that "when you are in recruiting, everybody's son’s nephew shows up on your doorstep asking you for advice and if you can read his resume."

Unfortunately, a platform that delivers what both these employers and candidates wanted? That didn't really exist. While the rest of the Internet had evolved into a visual platform, recruitment techniques were inexplicably stuck in the 1990s. "I looked at the available options and understood that for employers, there was no way for them to tell their stories," she says. "And that's what recruiting is. But you can't do it with inaccessible text."

Launched in June of last year, Hanigan's startup is a mobile and video-friendly recruiting platform. Each job posting includes three short videos, one from the position's hiring manager, along with two spots from colleagues who are able to briefly outline, in tangible and relatable terms, the top reasons to apply. There’s also a more traditional job description (because “legal departments aren’t going away”) but the posting is tailor-made to be shareable and engaging.

During the conception stages, Hanigan ran the platform by various Fortune 500 companies and made tweaks based on their feedback, especially from their legal departments. From the start, the focus has been to help businesses easily create job postings that, along with providing technical information (location, salary, responsibilities etc.), gives potential employees a real sense of what the work environment is actually like. "From the videos, it makes it easier to judge," Hanigan says. "Is it formal or informal? How frantic is it? What’s the culture like?" The postings are designed to be shared, and "go viral." (Not viral in the billions-of-hits style of Alex from Target, Hanigan stipulates, but "viral within a talent community.")

Today, Match-Click is working with a handful of global companies, including L'Oreal and Ernst & Young, as well as a few smaller organizations. The service is intended to fill entry-level to mid-level professional positions, with salaries ranging from $75,000 to $150,000. "We're never going to replace the C-Suite, and I don't think people will look for hourly workers using Match-Click," Hanigan says. 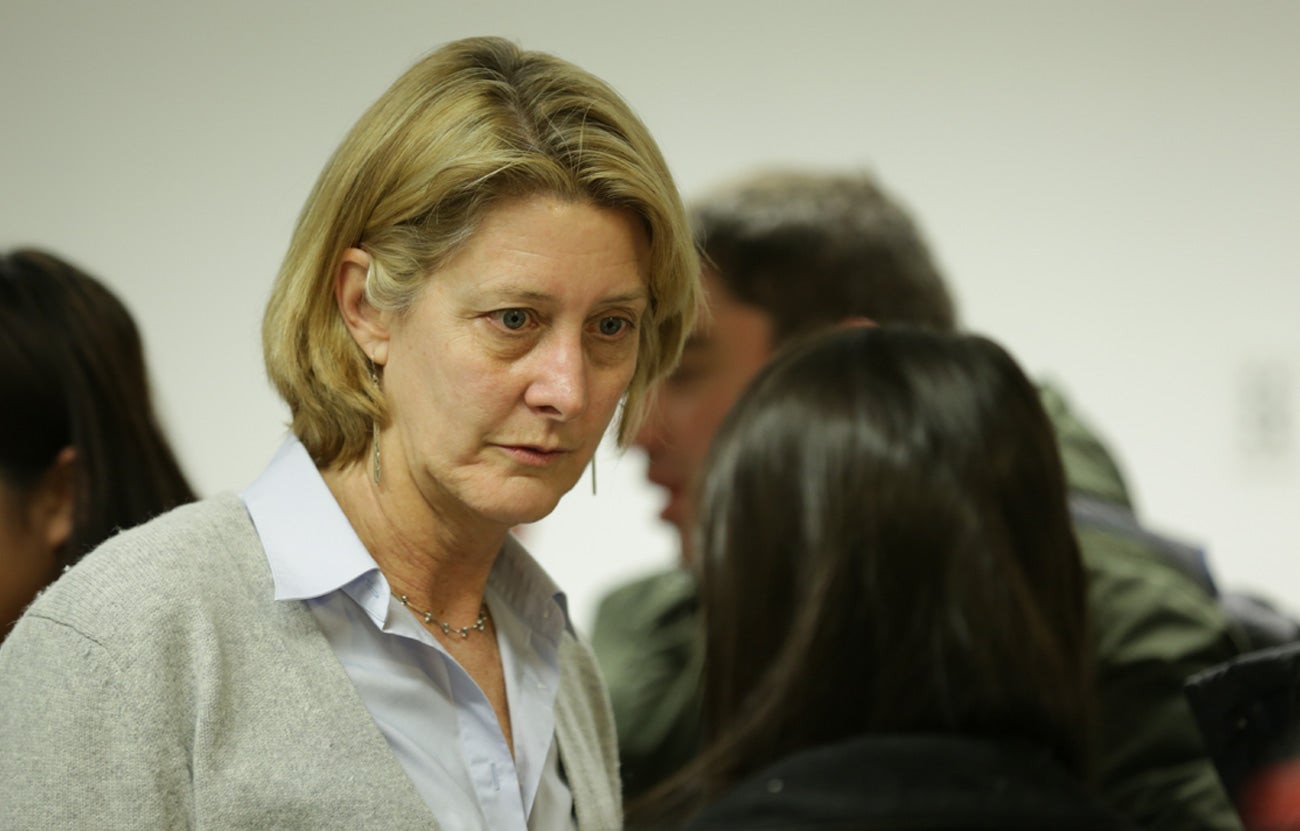 During our meeting, Hanigan pulls up a Match-Click position created by Morgans Hotel Group for a line cook at Isola at the Mandrian Hotel in Soho. While a typical job description can be found on the page, it’s the videos that stand out, including one from the position's hiring manager, in this case executive chef Victor LaPlaca. "Why is Isola a great job? Not only is it a job but it is a career building move for you," he says in the video, as plates and glassware clink in the background. "You learn to do a lot of things that you may not normally do, from butchering pigs to making mozzarella to making your own pasta."

At 30 seconds, the video is slightly longer than Match-Click's recommended length, but Hanigan feels it’s a great example of what the platform does best: giving candidates a window into what a position actually looks and feels like. "If you're a line cook, the idea that you are able to slaughter your own pig…What!" she says excitedly. "In the middle of Manhattan?!"

Related: What to Do When a Prospect Is Blowing You Off

Eventually, Hanigan wants to see Match-Click evolve into a place where candidates go to search for positions, but for now the startup is solely focused on creating job postings for employers. (A single position on the platform costs $249; The price goes down to $199 per position for 10 positions, and $149 per position for 100.)

Like most early-stage startups, Match-Click faces an uphill battle. There are a few minor kinks on the platform– the line-cook position, for example, fails to state the name or address of the restaurant. But that can easily be fixed; the real concern is the possibility that a big, established and tech-savvy recruiting site such as LinkedIn will simply adopt Match-Click's video feature for its job postings, although Hanigan contends that this fear misses Match-Click's real strength: Its ease of use. "We've done what Apple did, and make the user face so simple that you don't appreciate the complexity behind it." The company has a patent pending on its content management system.

Hanigan raised an initial round of $100,000 from family and friends, and is in the midst of raising an additional $1.2 million in a seed round. In light of her three pitch competition victories, "the fact that I'm still working so hard to close this round of funding makes it very frustrating," she says, shaking her head. "I clearly have a something that, in two minutes, is identifiable as a viable business – it meets a real need, has a real revenue model, and has traction based on the Fortune 500 clients we have."

When investors present her with a laundry list of criteria they say they want, she feels she meets them all. "Having founded, built and run a multimillion-dollar business for 20 years, I'm an experienced entrepreneur; I have deep industry experience, I have traction, we've applied for a patent for our content management system," she says, ticking off each item. And while some investors have shown interest, she admits it can be difficult. "As I like to say, I'm still dancing for my dinner."

Related: The 3 Essential HR Technologies for Filling Your Talent Pool With the Right People