Dunkin' Donuts announced this week that the Croissant Donut is going to become a permanent menu item in the bakery lineup. The chain also said are new flavors on the way: beginning in March, select locations in New Jersey will be selling a Boston Kreme Croissant Donut, with more options in the works.

"With Dunkin’ Donuts’ unrivaled donut heritage, the Croissant Donut platform will allow us to bring even more new and exciting flavor options to our fans," John Costello, Dunkin' Brand's president of global marketing and innovation, said in a statement. "I look forward to seeing what our Culinary Team comes up with." 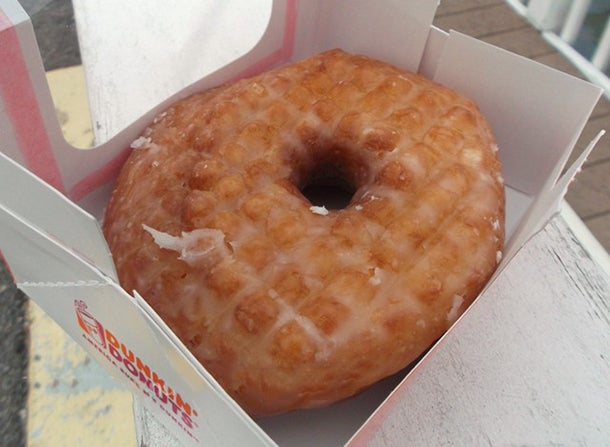 Since the item was introduced as a limited time offering in November, Dunkin' Donuts says it has sold 8.5 million Croissant Donuts. Costello has been firm in his insistence that the Croissant Donut is not a Cronut knock-off, as shops across the country have begun selling menu items such as Crognets, Croughnuts, doissants, cro-crèmes, doughscuits, brioughnuts and wonuts.

Knock-off or not, the creator of the actual Cronut, Dominique Ansel, doesn't seem too bothered. The pastry chef is currently busy with new projects, including whipping up Nutella pancake cones for International Pancake Day and crafting Cronut-infused jewelry.