By Andre Bourque October 2, 2015
Opinions expressed by Entrepreneur contributors are their own.

Dreams in South Africa are big. Entrepreneurship leveraging new technology is critical to the evolution of society; innovation is imperative to healing a nation once torn apart by apartheid. As Nelson Mandela once said, "Vision without action is just a dream, action without vision just passes the time, and vision with action can change the world."

Entrepreneurial hopes in South Africa aren't so much about building out a new idea just so you can quit your day job and start doing your own thing. Startups aren’t necessarily launched to be bought up by Google or Salesforce. Those are American ambitions. Here, startup concepts are truly about making life easier, healthier and safer for people in need of solutions to everyday problems.

The country’s history has something to do with it. Historically, technology played a part in the anti-apartheid movement. According to research on "Revolutionary Secrets: Technology's Role in the South African Anti-Apartheid Movement" published in Social Science Computer Review, "In the late 1980s, the African National Congress (ANC) embarked on an operation to bring exiled ANC leaders and military capacity into South Africa, despite legal and military obstacles .... [A] purpose-built encrypted communication system was critical to changing" the South African political landscape. The "unprecedented information exchange ... [undermined] the apartheid regime's’ policy of repression." So when an entrepreneurial event comes to town, it’s fundamental to the country’s success.

I had the pleasure of judging this extraordinary event in Startup Weekend, Cape Town, South Africa, where it’s very much "solution weekend." The area, dubbed the "Silicon Cape," has enjoyed Startup Weekends since 2012, led by the Silicon Cape Initiative. The 54-hour weekend program, held Sept. 11-13, brought together designers, developers, entrepreneurs, and experts alike

"We have seen traction and integration between communities which highlights new ways to come up with innovative solutions to specific challenges," recounts Lianne du Toit, vice president of Silicon Cape. "We hope to enable, connect and inspire the next generation of startups in critical thinking."

Startup Weekend here is an important milestone in identifying opportunities within the Khayelitsha township and community, 12 miles -- but worlds apart -- from Cape Town's business district. In the middle of rows of informal and formal housing, steel bin barbecues and free-grazing animals is the region's newest tech incubator: The Barn Khayelitsha. Building this facility here creates an unprecedented accessibility for people removed from the shared work spaces and tech hubs in mainstream Cape. 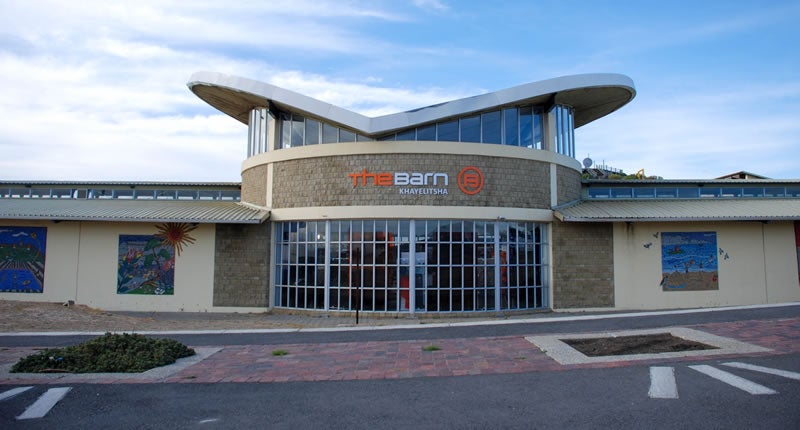 "Entrepreneurship is the heartbeat that drives growth in any developing economy,” remarked Crecencia Chauma, enterprise development program manager for The Cape Innovation and Technology Initiative (CiTi) and head organizer for the weekend. “Combining it with tech can only accelerate its impact."

The participants did not disappoint. Response from the community was overwhelming. More than 100 entrepreneurial thinkers lined up to register the first day. Ideas were pitched, teams were formed and projects were launched. Teams developed blueprints and prototypes for products and services to tackle systemic problems like community safety and health care  to spur the job-intensive growth the World Bank says “needs to be accompanied as a first priority by improving the quality of education, so that better educated youth are entering the workforce.”

Nine teams of entrepreneurs brought to light different concepts commensurate with the weekend’s challenge to develop practical solutions. Each team was championed by vibrant and energetic team leaders. One team developed a single, integrated web application form for college admissions nationwide. Another team built out a mobile solution to the inefficiencies that cause long wait times for people seeking medical attention. Solutions were proposed for financial and bill management. Another startup team sought to provide mentor-matching opportunities for unemployed youth.

Most of these startup ideas are not fully vetted, and have to be taken to the community to evolve in form and truly harness the local economy's entrepreneurial potential. “Entrepreneurship plays a crucial role in solving some of our most challenging problems, such as unemployment and poverty," explained Zimkhita Buwa, head of the Women Portfolio, Silicon Cape. "It is thus important for us to create an ecosystem where ideas can be shared, networks created and entrepreneurial thinking cultivated within diverse groups. I believe this is the vital key to unlocking economic growth as well as promoting economic inclusion in our country.“ 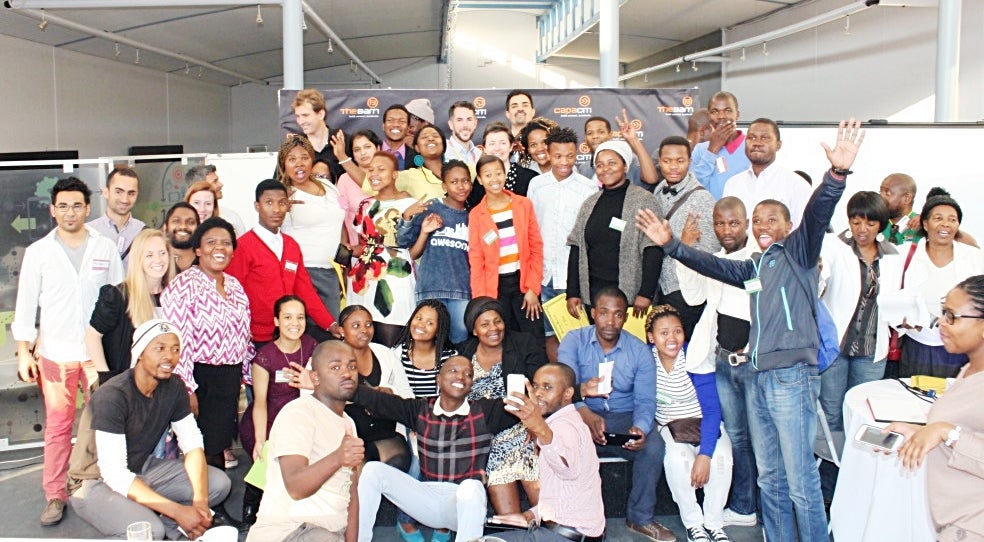 The winning group of Startup Weekend entrepreneurial thinkers was a team led by women with a solution to the fire containment and control problem familiar to South African townships. The "Khayafighters" developed a mobile solution to assess a fire’s threat, and alert others to it.

“Startup Weekend Cape Town was proof that the youth of this country are connected, informed and full of solutions,” proclaimed Marwaan Sasman, creative director and founder of creative agency for entrepreneurs and change-makers, Pigeon Pie. “We just need to enable them. I hope to see many more initiatives like this one spring up all over Africa.”

The success of this event, and the prevailing team, bodes well for a strong community of female leaders. The Khayafighters fit nicely into a larger initiative fueled by women-lead organizations. While only 23 percent of tech jobs are held by women in South Africa, groups like Code4CapeTown, the Women’s Leadership Conference, WomeninTechZA, and Silicon Cape are developing a pipeline of future female tech leaders.

"It's critically important that women -- particularly those from the  previously disadvantaged groups in South Africa -- be not only encouraged, but empowered with tools and mentoring, to become a significant contribution to the technical makeup of our workforce," explains Celeste Peters, general manager systems, at TUV Rheinland, South Africa, and executive director of the South African spa association. "Women have so much to give and when given the opportunity certainly prove their worth. We need to persevere more as the obstacles from the male dominated domain are still very prevalent in our country."

“Learn from some of the most inspiring and successful women in the country, clarify your own leadership contribution and connect with a powerful community who accept the challenge that we are the leaders we’ve been waiting for” a recent Cape Town event boasts. After all, as Lee-Anne Bac, 2015 Gauteng Chairperson for the Women’s Property Network South Africa says, “If an economy is only using half its most talented people then it immediately cuts its growth potential.”

Why Everyone Should Work for a Startup at Least Once