Milliken & Company, one of the largest privately held textile and chemical manufactures in the world, is also one of the oldest, celebrating 150 years in business this year. In 1996, the company decided to restructure its textile and carpet care arm of the company: MilliCare. For the first time, MilliCare was a franchise. Unlike many franchised companies, leadership decided to work with partners and contractors in shaping the new franchise. Some of these contractors, such as Thomas Holland, became the company's first franchisees. Here is what Holland has learned. 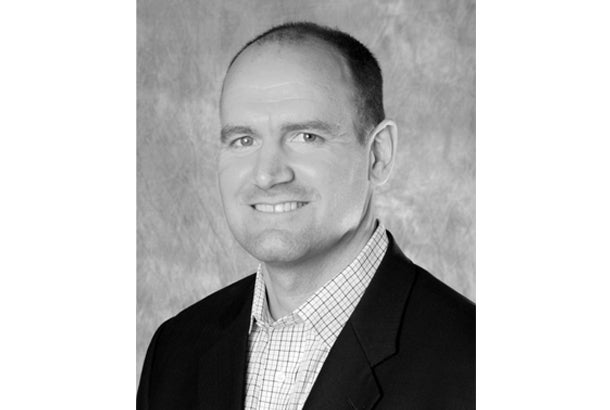 Franchise owned: I own the MilliCare Textile and Carpet Care franchises in Austin, Houston, Dallas and San Antonio, Texas.

I hadn’t had any experience in franchising previously. This situation was more about identifying with a larger brand and becoming known to our customers. With these MilliCare franchises, we can be more flexible when it comes to how we approach the customer. For those customers that are looking to work with small independent businesses, we can identify with that; for those looking to work with larger international type businesses, we can represent that type of organization as well.

Related: This Franchisee Has Long Been in the Telemarketing Biz, But His Heart 'Called Out' for Pretzels

Previously, I did some consulting work and had worked in the restaurant business as well. My family also owned a contract furniture and design company in El Paso and worked with Milliken the parent company of MilliCare as a maintenance contractor. My mother had hired me to start the flooring division of that company. I didn’t have any knowledge in flooring at the time (I knew the fuzzy side of carpet went up), but it was an exciting opportunity to grow a business from nothing into something substantial.

There was already a relationship with Milliken, the parent company of MilliCare. This was a new franchise for them as well, so everyone was new to the table. It was different because most franchises are started by an independent company who has an idea and they want to grow it. So, typically the franchisor is someone who has already worked in the business.

Milliken was the opposite. They wanted to create a franchise concept, so went out to their partners in the market and some of their contractors and said “help us create this.” There were pros and cons with that approach. The advantage was there was a lot of trust among the members from the onset. The disadvantage was the standardized operating system was not quite there yet and it took a few years to get it together. The only thing standard in the beginning was everyone was buying the same carpet cleaning materials.

Most of my advice in the business world has come from my mother and the network of MilliCare franchises that I’ve befriended over the years. As I previously mentioned, she owned her own very successful commercial interior design and contract furniture business, so not only did I use her to lean on, I was able to ask customers and other franchise owners questions that have helped me with my businesses. Those existing customers were a big resource to research in terms of what was important to them. I also had the opportunity to speak to some other contractors that were entering the franchising world, and that turned out to be valuable as well.

My mom is the one that told me to find people who have strengths I don’t have, which I think we’ve done. You have to build a team, especially in the service business that is passionate about providing service.  We focus on communication among our team, which we feel is a key competitive advantage. We practice open book management as well and disclose full financials twice a year to our employees. We bring in most of our employees during these twice a year meetings to meet and review all of our financials, goals, results and do planning for the next six months.  I firmly believe this commitment to communication and our team is why we were voted as a Top 100 places to work in Dallas in 2014 and have been an Inc. 5000 fastest growing company for three years.

Obviously with the start of any new business, you are always concerned about the competition and the market they have already captured. Once you get those first couple of sales under your belt, it’s quite liberating. You really get that aha moment of "wow, I really can do this." You have to remain confident and trust yourself. Sometimes that’s easier said than done.

The other big challenge was in the first year, the business got to a point where I was doing everything. Billing, cleaning, sales, working 24/7. Making that transition into the next stage was very challenging. I knew I could handle the sales side of the business but needed help on the operations side. I ended up hiring someone to help with operations even though in the short term it was tough financially. Finding the person to complement you—whether sales or operations—that can really handle the side that you as the owner are not concentrating on, and having the trust in that person was definitely a challenge.

Do you research and ask a lot of questions. Franchise contracts are long term and require a lot of trust between the franchisor and franchisee, so know what you are getting in to. We’ve enjoyed the relationship that we’ve had and own two other franchises besides MilliCare. Don’t rely upon your franchisor to make you successful. They are simply giving you the keys to the car, whether you get in and drive it to where you are going is up to you.

Our goal is to continue to grow geographically, add more regional locations and grow the business. We are looking forward to celebrating our 20th year. I have developed lifelong friendships with some of the other franchise owners and corporate staff. We’ve beaten the odds with our success and we have our team and network to thank for that.

Related: A Franchise Who Learned to 'Network' in Much More Than a Computer Kind of Way