Will Genetically Modified Salmon Help Feed the World, or Drive the Species to Extinction?

By Laura Entis December 30, 2015
Opinions expressed by Entrepreneur contributors are their own.

The next step, genetically modified animals, is officially around the corner. In a landmark decision, the FDA approved the sale and consumption of an Atlantic salmon that -- thanks to the insertion of a growth hormone from the Chinook salmon engineered to remain active year round -- grows to market-size in half the conventional time.

While the fish likely won’t hit markets for at least a year, its approval brings arguments over the value of genetically modified food to the forefront. Proponents say it’s a safe and necessary tool to more efficiently feed the world’s population (in addition to growing more quickly, the fish require 25 percent less food to reach market weight). Critics stress that while most studies have revealed no adverse health effects, we can’t yet know its long-term impact. What’s more, they argue, if these fish were to escape they would wreak havoc on the national environment.

In other words, we’re dealing with some potently polarizing Atlantic salmon.

"What we're talking about is a fast-growing fish," says Alison Van Eenennaam, an animal geneticist at the University of California, Davis, during a phone interview. "We breed fast-growing animals all the time. There was no reason that this process should have taken 20 years."

(AquaBounty Technologies, the company behind the fish, has been working with the FDA for more than two decades.)

Meanwhile food-consumer organizations, environmentalists, food-safety activists and Alaskan politicians all vehemently attacked the approval. Primary concerns differed by group, but all agreed the FDA's ruling was a dangerous decision that could, and likely would, end badly. 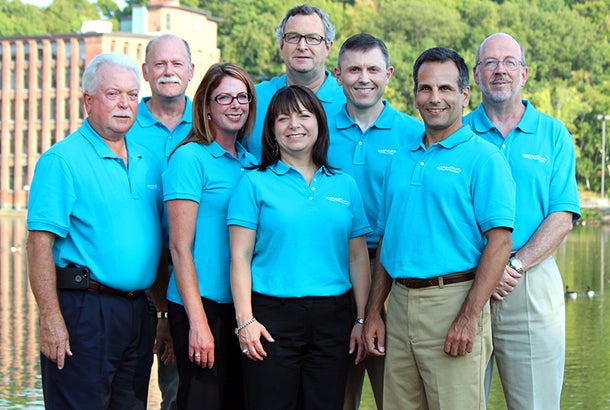 "By embarking on this science experiment, the FDA ignores fundamental risk questions related to our wild fish species and food safety," Don Young, a congressman for Alaska where salmon fishing is an important industry, said in a statement.

George Kimbrell agrees. A senior attorney at consumer advocacy group The Center for Food Safety, Kimbrell has filed a lawsuit challenging the approval. The decision, he says over the phone, not only sets "a dangerous precedent" but reads like a nefarious sci-fi novel complete with corporate AquaBounty executives distracting the FDA with "smoke and mirror" tactics in order to build unnatural fish that will inevitably escape their pens and drive native salmon populations to extinction.

The FDA has worked to make this nightmare scenario unlikely to happen. In addition to genetic safeguards -- AquaBounty salmon are all female and an estimated 99.8 percent are sterile -- the agency requires that the fish are raised in land-based, contained tanks at just two facilities, one in Canada and the other in Panama. But critics, Kimbrell among them, remain concerned the FDA will eventually loosen these restrictions, and as a result, practices will get sloppy and the fish will eventually escape and mingle with wild fish populations.

Statements such as this make Van Eenennaam, who helped the FDA assess the environmental risk posed by the AquaBounty salmon, very angry.

"It's fear mongering," she says. It bothers her that in discussions of the fish's impact, potential costs are stressed while the benefits are ignored. "We need more efficient agriculture systems, and this fish offers an opportunity to move towards that system" by offering cheaper, more efficiently raised salmon.

"If you want to eat wild salmon, great," she continues, "but understand that that doesn't preserve wild salmon populations."

Related: Gluten-Free, Organic or GMO-Free: What Matters Most to Fast-Casual Customers?

According to Robert H. Devlin, a scientist at Fisheries and Oceans Canada, it's impossible to determine the ecological and evolutionary consequences of introducing modified salmon into wild populations before it actually happens.

If anyone is qualified to make this prediction, it's Devlin. Along with a team of researchers, he has reviewed more than 80 studies assessing the differences between growth-accelerated genetically altered fish and unmodified fish. While modified fish exhibit new behaviors -- they eat more food and exhibit reduced immune functions -- their ability to outcompete wild populations, as environmentalists fear, is circumstantial.

Experiments in the lab revealed that in conditions where there are no predators and plentiful food, the modified fish eat more and have an advantage over the unaltered fish. But when predators are introduced, that equation flips: the modified fish continue to seek food at the expense of avoiding threats. Because wild environments are nuanced and change rapidly, Devlin is uncomfortable forecasting what would happen if AquaBounty salmon were to escape at some future date.

"We are not for or against [the modified fish]," Devlin says. "We're interested in presenting the science and trying to provide information to let regulators make complicated decisions in an informed way."

While the debate over the safety of fish will continue, there's a big factor to consider: whether consumers are willing to purchase the salmon in the first place. At the moment, it’s not looking great. Aquabounty has said it will take more than a year to produce enough salmon to sell to stores, but that hasn’t stopped major retailers such as Trader Joe’s, Whole Foods, Costco and Target from pledging not to sell it.

Clearly, the fish -- which has been labeled "Frankenfish" by consumer groups, as well as the press -- has a marketing problem. While the Center for Food Safety does not use the term "Frankenfish" in its literature, Kimbrell understands why it has been adopted by the public. “It underscores that this is not something American consumers want,” he says.

Unsurprisingly, Van Eenennaam hates the term. “It’s this non-nuanced mentality that makes this debate so polarized,” she says. “Can we please have a sensible discussion about how we are going to grow food in the future without calling the technology names?”