Despite Changes to Federal Dietary Guidelines, the Rules of Healthy Eating Have Never Changed

By Laura Entis January 21, 2016
Opinions expressed by Entrepreneur contributors are their own.

“Julia Child, goddess of fat, is beaming somewhere,” declares a New York Times article from spring of 2014. “Butter is back.”

Of course, making a comeback first requires an exodus. For decades, starting in the 1960s onwards, saturated fat was the enemy. And thus, butter -- a convenient stand-in for saturated fat -- was exiled. Margarine, a butter replacement made from vegetable oil and water, swiftly took its place in the American diet. Sales of the spread soared throughout the 1980s.

Beginning in the ‘90s, America’s health concerns began to shift away from saturated fat towards processed, artificial foods. Unnatural margarine became the enemy -- sales plummeted and continued to fall into the 2000s. Meanwhile, butter's reputation as a wholesome, natural food was restored. Sales began to climb.

Altogether, such a dramatic reversal can be discouraging for anyone who strives to follow a healthy diet. And unfortunately, it’s not an isolated occurrence. Judging from the headlines and flash-in-the-pan food fads -- remember the cookie diet? -- the science of food is a mercurial discipline. Over the years, fat, cholesterol, sodium and sugar have all been singled out as the greatest contributor to our expanding waistlines. 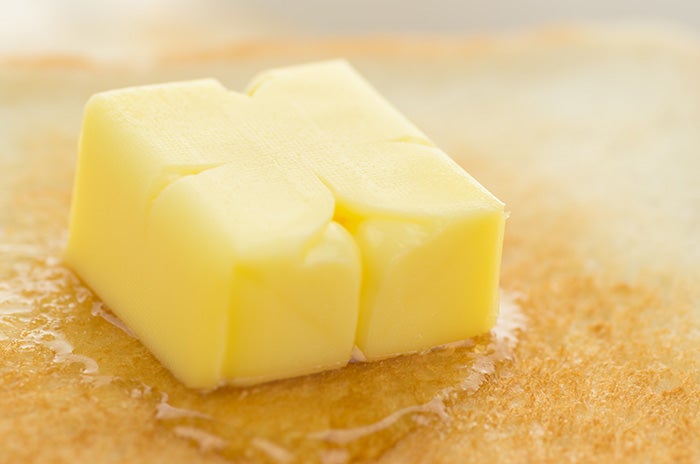 Alongside butter, we’ve been told at one point or another to stay away from eggs, juice, bread, tofu, cereal, meat, cheese, fruit, corn, potatoes, lowfat milk -- the list goes on and on. Confusingly, as with butter, many of the above items are then rehabilitated by health bloggers and nutritionists, which means they appear on lists of foods to avoid and foods to embrace, often simultaneously.

All this competing, changing, contradictory advice can make healthy eating feel like a moving target. No wonder we’re so confused.

Many of the headlines and write-ups on the new 2015 federal dietary guidelines adds to the narrative that food science is unpredictable, unreliable and quick to evolve.

“The 2015 revision contains a few radical changes, such as removing recommendations to limit intake of cholesterol-rich foods and adding a reference to coffee as potentially being part of a healthy diet,” reads a summary of the guidelines in the Washington Post. “Sugar suffers and eggs catch a break,” declares U.S. News.

In reality, the "advice has been pretty consistent since the beginning: eat more fruits and vegetables, eat more whole grains and reduce the consumption of salt, sugar and saturated fats,” says Jim O'Hara, director of health promotion policy at the Center for Science in the Public Interest.

Barry Popkin, a food science researcher and professor of nutrition at the University of Carolina at Chapel Hill School of Public Health, agrees. “The USDA guidelines have changed very little [since 1980].”

Related: 'We Don't Give a Sh*t About Gluten Free': A Restaurant Owner Gets Bold With Customers

Similarly, despite the headlines suggesting as much, the new guidelines “don’t say cholesterol is good for you. Eat as much as you can!” says Christopher Gardner, a professor at Stanford University who has taught nutrition policy for 15 years. Instead, it’s an incremental change dressed up for dramatic effect. In his experience, food science moves slowly -- updates are gradual and major reversals are rare.

“That’s not good for you as a journalist,” he tells me over the phone. “Unless, of course, you blow it out of proportion, confusing people in the process.”

When I ask O’Hara if he’s sure there haven’t been any fundamental changes in the guidelines since they were introduced in 1980, he sighs. “I know this isn't the angle you are pursuing, but the guidelines have been consistent.”

In many ways, this is a relief. The nutritionist experts I spoke with said maintaining a healthy diet is largely intuitive: eat more vegetables, fruits, legumes, seafood and whole grains, eat less processed meals and foods high in saturated fat (meat, primarily), added sugars and salt. Despite the headlines and the revolving door of new diets, these principle tenets haven’t changed.

This doesn’t mean the dietary guidelines are off the hook, though. According to Gardner, failures in the guidelines’ language -- present since 1980 and still a problem today -- have enabled the food industry to aggressively distort how we think about healthy eating.

The U.S. government first published The Dietary Guidelines for Americans in 1980. Every five years, it releases an updated version. The guidelines -- which the government uses to develop “materials, messages, tools and programs to communicate healthy eating and physical activity to the public” -- are influential. They shape federal policy, from how food is labeled, to what foods are served in school lunches to which medical projects receive grants.

From the inaugural edition onwards, the food industry has flexed its powerful lobbying muscle to shape what is and is not included in the guidelines, Gardner says. Before a new version is released, the Dietary Guidelines Advisory Committee, a panel of independent nutrition experts, make recommendations that become the basis for any revisions. They do not get final say, however. Much of their language is altered significantly or left on the cutting room floor altogether.

“This happens every time,” Gardner says. “It’s horrific, to be honest.”

In 1980, the Advisory Committee recommended that Americans eat less fat, particularly in the form of red meat, thanks to its link to heart disease. The guidelines, however, stated that people should avoid "too much fat, saturated fat and cholesterol.”

“There was serious political pressure from the meat industry, so the guidelines were changed to relate to nutrients vs. food,” says Miriam Nelson, a nutrition professor at Tufts University and a member of the 2010 and 2015 Advisory Committees. “That set a precedent that was not so good. We don't eat nutrients. We eat foods that contain nutrients.”

Related: Want to Lose Weight in the New Year? Start by Conducting a Food Audit.

Fast forward to 2015. The science is even more clear. “Meat consumption at current levels is not healthy,” O’Hara says. “Red meat is associated with stroke, heart disease, type-2 diabetes and certain kinds of cancer.” 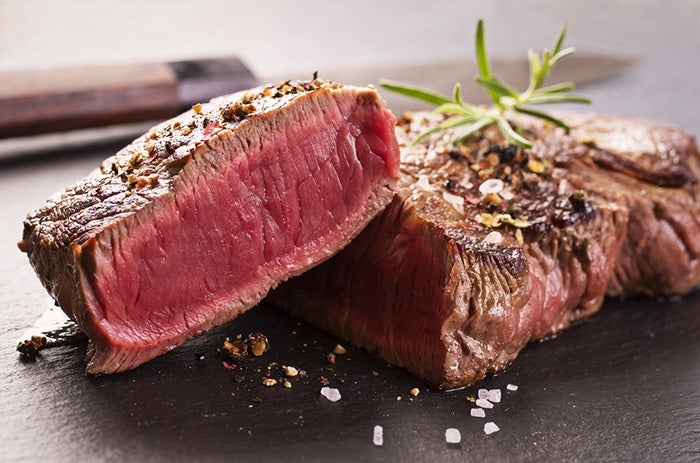 Despite continued insistence from the Advisory Committee that the guidelines reflect this, the latest edition does not include a recommendation to cut back on red and processed meat. The closest it gets is stating that for teen boys and adult men, the “average intakes of meats, poultry and eggs … are above recommendations.”

By advising Americans in 1980 to stay away from saturated fat as opposed to foods high in saturated fat such as red meat, the USDA opened the door for food companies to aggressively market unhealthy foods as healthy, simply because they did not contain fat.

“They twisted the message and used it for marketing, not to actually produce products that meet the [original] guidelines,” says O’Hara of the Center for Science in the Public Interest.

Indeed, the food industry responded to the guidelines by pumping out low-fat and fat-free cookies, cakes, cereals, yogurt, salad dressing and hundreds of other products starting in the late 1980s and throughout the '90s, which replaced fat with calories from added sugar refined carbohydrates.

“The nutrient as a single food issue is a way to game the system,” Gardner says. “It ends up driving the American public to search for packaging that has less of X.”

Attempts to isolate “healthy” nutrients from the foods they are found in naturally were similarly misguided. In the early 2000s, food companies rushed to create artificially fiber-enriched products such as yogurt, apple juice and even Splenda. “Turns out, when you separate a specific nutrient from a food, you don’t get the full benefits,” Nelson says.

So did the guidelines backfire? By vilifying fat as opposed to unhealthy, high-fat foods, Popkin feels they did. “The low-fat push put us on a diet of refined carbs, and we were already having way too much.” It’s certainly hard to argue they’ve made us any healthier. Since the first version was published in 1980, the number of Americans who are obese or have type-2 diabetes has more than doubled. 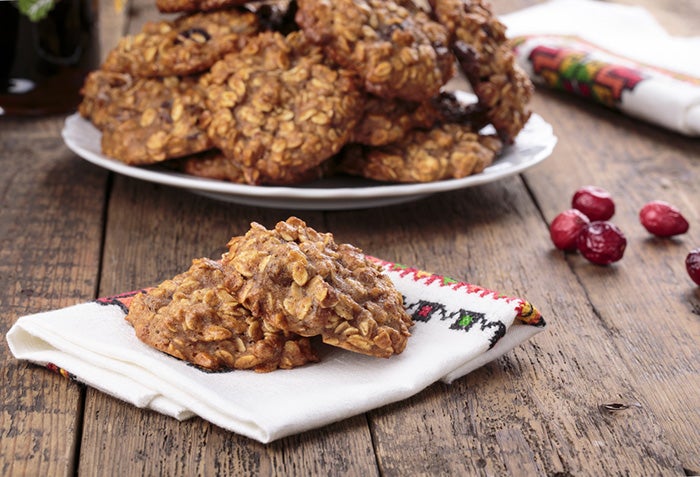 Simply put, healthy eating is not about adding or subtracting nutrients. “You can't think of foods as being carbohydrates and fats,” Nelson says. “Broccoli is all carbohydrates and so is a raspberry -- it's misguided to think about percentages.” To be effective, the federal government needs to be explicit about what foods Americans should and should not be eating.

For all its shortcomings, the guidelines have finally begun to speak in terms of dietary patterns instead of nutrients. “People do not eat food groups and nutrients in isolation but rather in combination, and the totality of the diet forms an overall eating pattern," the USDA writes in the guidelines' executive summary.

“It took us a while to get back to that, to not think in percentages of fat but in terms of what foods we are eating,” Nelson says.

Still, gaps remain. For the first time, the 2015 guidelines recommend added sugar should account for no more than 10 percent of daily calorie intake. The Advisory Committee's report went further: “Added sugars should be reduced in the diet and not replaced with low-calorie sweeteners, but rather with healthy options, such as water in place of sugar-sweetened beverages," it reads. Unsurprisingly, the explicit reference to soda was removed.

Nelson is happy the sugar limit remained in the guidelines at all. “But I do worry about the unintended consequences,” she says, particularly that the language allows the soda industry to swap added sugars for artificial sweeteners. 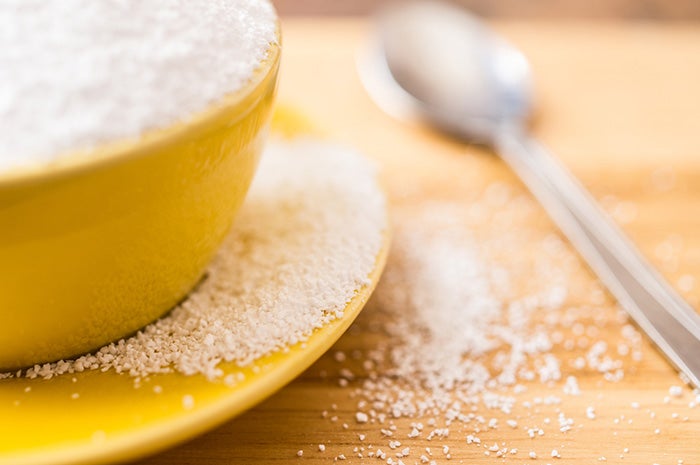 Back to the basics

Unfortunately, that's not a message we hear very often. As American consumers, we are flooded with inflammatory headlines that work in tandem with sophisticated, wildly expensive campaigns designed to sell us more processed food, often in the name of "health."

"Clearly, the food industry tries to take advantage of whatever dietary headlines they think have grabbed the public's attention to market new products," O'Hara says.

To eat healthier, he recommends we do our best to ignore the noise and stick to the Advisory Committee's basic principles, which have remained relatively unchanged since 1980.

In other words, eat lots of "vegetables, fruit, whole grains, seafood, legumes and nuts." Consume "low-and nonfat dairy products and alcohol" in moderation." And finally, lower your intake of "red and processed meat, sugar-sweetened foods and beverages and refined grains."

It's not easy. But it's not complicated, either.

The Best Under-Desk Ellipticals of 2021

Keeping Your Business Going When You Get a Cancer Diagnosis

Finally, A Fitness App Made for Every Lifestyle