By Laura Entis February 2, 2016
Opinions expressed by Entrepreneur contributors are their own.

Disrupting the lingerie industry has become a full-figured business. Over the past couple of years, a fleet of startups, including Adore Me and True&Co, have launched with the goal of transforming the way women shop for bras.

This is because traditional bra shopping sucks, says Heidi Zak. As the founder of ThirdLove, a "smart" lingerie company that just raised $8 million in series A funding, Zak isn’t the most biased observer. Still, she has a point. Bra shopping, which inevitably involves intimate measurements performed by a stranger, can be downright uncomfortable. Frequently, the bras themselves are, too.

ThirdLove thinks it can help. To start, bra sizes are determined via an app. And in place of an awkward exchange and a fitting room with poor lighting, you take two mirror selfies, from the front and side, while wearing a fitted tank top. ThirdLove’s software then draws up measurements, so you can place your online order. It’s bra shopping without having to leave the house. 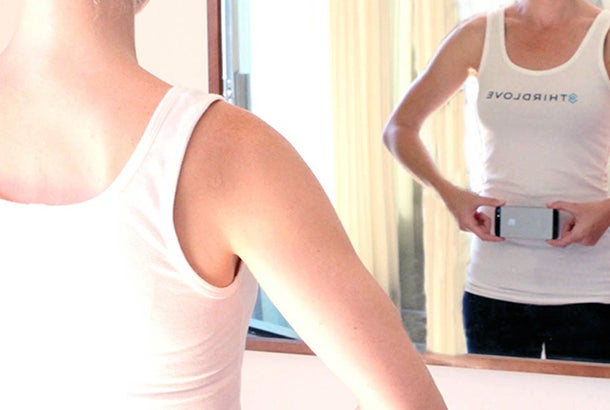 The company’s bras also come in half-cup sizes, which Zak says impacts a large percentage of customers. By her estimate, more than a third of women are between sizes, unable to find the appropriate bra “because it’s either too big or too small.”

ThirdLove -- which was founded by Zak,  a former senior manager at Google, and her husband Dave Spector, previously a partner of Sequoia Capital -- launched in 2013. Recently, the company partnered with Bloomingdales so customers can try on the bras in-store (the return rate, Zak says, hovers at around 8 percent). The series A will go to expanding bra sizes and styles, as well as launching new product categories.

The ultimate goal is to become the Lululemon of lingerie. The yoga-inspired athletic company, which helped spawn the athleisure movement, made it acceptable to wear gym clothes outside the gym because its clothing doesn’t just make you feel good, it makes you look good.

“Everyone thinks their butt looks great in their yoga pants,” says Zak. This potent mix of performance, comfort and style is what she hopes to recreate with ThirdLove. “If your really pretty, sexy lace doesn’t fit you well, it’s going to collect dust in your lingerie drawer. We focus on blending beauty with function. A lot of brands have done this in fashion, but not in the bra and underwear space.”

Related: This Startup Is Bringing 3-D Printed Insoles to the NBA and the Everyday Consumer