Why This Headphone Maker Wishes it Had Never Done Retail

When a sales plan was all wrong, the company had to pivot.
Next Article
Alexandra Zissu
Magazine Contributor
April 7, 2017 4 min read

This July, thousands of LSTN noise-cancelling headphones will roll out in Delta’s business-class cabins. (Note to fliers: You’re not supposed to take them home.) The partnership is a coup for any entrepreneur, but especially so for co-founders Joe Huff and Bridget Hilton. It’s the result of them rethinking their business -- and abandoning everything they thought they knew about how to sell headphones.

When they launched their West Hollywood, Calif.-based audio company in 2012, they thought retail was the surefire route to customers. “We figured, naively, that it was the only true way to scale,” says Hilton. Their first deal was with Whole Foods, even though most of its stores had never sold headphones. (“It was a mess,” Hilton says.) They hustled, went on the Today Show and Good Morning America, and landed Best Buy and Nordstrom, plus others. 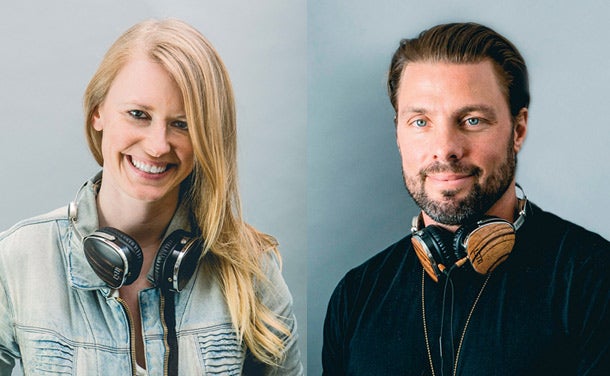 The co-founders were psyched. They did also set up a basic digital presence and fell into a few lucky partnerships (including one with Spotify), but retail was top priority. And soon, they discovered, it was even more demanding than they’d expected.

“Supporting a retail rollout is a whole other equation. There were all sorts of fees involved,” says Hilton. There were trade shows to attend. Costs for in-store marketing, including expensive displays. Advertising fees that ate into their already small margins. Flights to retailers for “endless” meetings. Payments for sales teams, reps and showrooms. Retailers requested pricey new packaging. And despite all that, the big boys in their category could always do bigger, louder, stronger marketing. “It was a disaster trying to compete with Bose and Beats in places like Target and Brookstone,” says Hilton.

In these stores, they were also losing control of their message. Yes, LSTN sells $150-to-$250 handcrafted, vintage-inspired headphones -- but they do more than that. Huff and Hilton wanted people to know that with every purchase, LSTN helps provide hearing aids to a person in need through a charity partner, Starkey Hearing Foundation. That’s their passion, and it’s what makes them different. But there was just no easy way to explain that from a shelf.

By early 2015, they couldn’t deny it: They’d approached retail all wrong. “A lot of big companies use retail as marketing,” Hilton says. “We needed to use it as a money­maker.” But instead, she says, it sucked up a “wildly disproportionate amount of time” and kept them from doing the things that truly would make money -- like partnerships and e-commerce. If they continued apace, the company would fail.

So they decided to do what even a year prior would have seemed like an insane risk: They pulled out of the stores.

They shifted focus to Amazon and their own website, and dove into partnerships. Two years later, the gamble is paying off. Sales improved, and they’ve dug deep on online advertising. They built a multifaceted partnership with Chivas Regal and landed the Delta deal, which means 10,000 people daily will have direct exposure to the brand. “That’s almost four million passengers a year,” says Huff. They’ve even had the bandwidth to work on new products.

“I wish we had never done retail,” says Hilton. “We’d be farther now if we had concentrated on our own website.” But despite it all, the cofounders aren’t anti-retail. They just know their timing was wrong. One day, they say, they may go back into stores -- but only when they know exactly how to capitalize on it.