Updates to the bot platform for Facebook Messenger will let you play a song directly from Spotify and ask questions of small businesses, among other new features.

By Tom Brant April 19, 2017
This story originally appeared on PCMag

Facebook's Messenger app has a bot infestation. There are more than 100,000 of them on the platform, head of Messenger David Marcus said at the Facebook's annual F8 developer conference on Tuesday. That's up from just 33,000 in September, and none last April, when the bot integration was announced.

The artificial intelligence-powered bots can help you do things such as book flights, order pizza and check the weather from within Messenger conversations, but they're poised to become even more useful with the rollout of Messenger Platform 2.0. Perhaps the most noteworthy additions have to do with music: a new Spotify bot lets you suggest a song in a conversation and immediately play it, and a similar Apple Music bot is in the works.

To help you sort through the massive and growing collection, the new platform offers a separate tab just for bots and will also suggest bots to use based on the conversation you're having with a friend or a group. 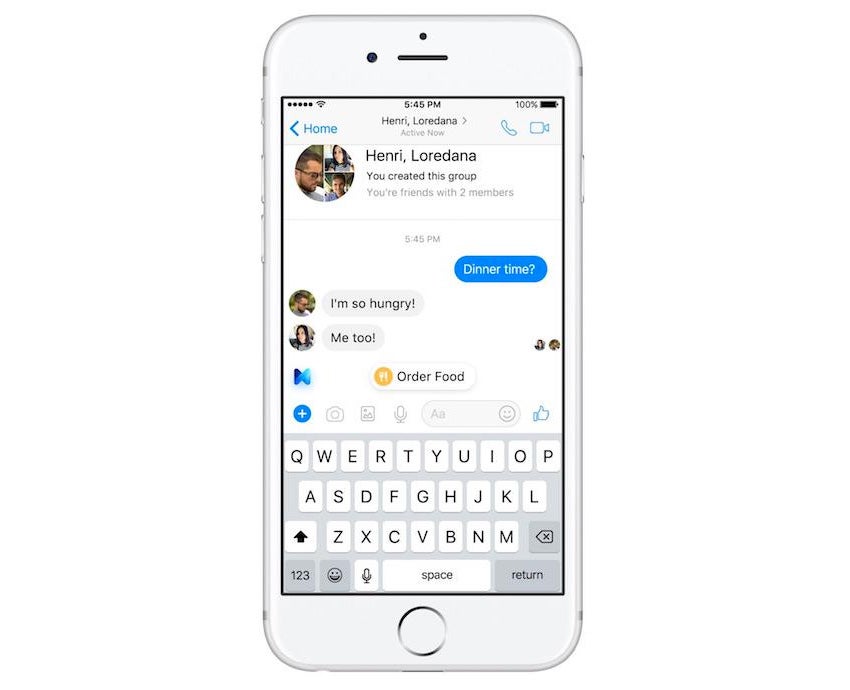 The Discover tab, currently in a limited beta for U.S. users (you'll only see it if Facebook selects you to participate), allows quick access to suggested bots directly from the Messenger home screen. Companies have to apply to have their bot featured here, so this is only for the cream of the crop.

The in-conversation bot suggestion feature, meanwhile, is based on the recently resurrected "M" virtual assistant. It, too, is in beta, and currently only works with Delivery.com. When your Messenger chat with your friend inevitably turns into a complaint about how hungry you are, M may step in to suggest placing an order from the service, which competes with the likes of Grubhub and Yelp's Eat24. The M assistant can also now suggest stickers, remind you about appointments and facilitate in-app payments to your friends.

Other new bot features include the ability for restaurants or other busy small businesses to offer AI-powered replies to messages sent via their Facebook page. That's great in theory, but creating the responses is up to the restaurant, which means if you ask a detailed question about the menu, you'll likely end up getting a response to call or check the website. There are also new gaming features for bots, like the ability to challenge your friends to play titles in Messenger's gaming tab.

Also at f8 today, Facebook showed off the new Spaces app, the company's latest offering for people who want to share photos and videos with their friends online, and a new Camera Effects platform that will let users express themselves in photos and videos using the latest augmented reality.