As Google puts its machine learning at the forefront, Android is just another platform.

By Max Eddy May 19, 2017
This story originally appeared on PCMag

Google I/O is ostensibly about the future of Android, but that changed in 2016 when CEO Sundar Pichai put the AI-powered Google Assistant and machine learning at the forefront, a trend that continued at this year's show.

At I/O 2017, the phrase "going from mobile first to AI first," was repeated throughout the opening sessions and definitely set the tone.

In addition to adding to its collection of open-source neural net technology, Google also introduced a more advanced Tensor Flow Unit (TCU), a piece of hardware designed specifically for running and training neural nets. This technology has been made available to developers and researchers on the cloud, and Google doubled down with 1,000 units available for research organizations.

The average consumer, however, will likely experience Google's machine-learning efforts via the Google Assistant. Developers can now build special Actions for this super-powered chatbot, which expands what the Assistant can do. Google unveiled new tools to make interactions like purchases seamless, opening the door for the Assistant to become a money-making platform for developers.

In addition to the ascendance of the Assistant, it was interesting to see all the places where mobile phones were absent. A new Android-based, in-car control system highlighted the Assistant, but doesn't require a phone. Google Home is getting a slew of updates, but voice calls don't require a phone; Home will now simply call numbers, for free. It's a startling move, partly because of its convenience but especially because this is exactly the context where we would expect to see crossover with Android devices.

One noticable point was the number of times the iPhone was mentioned during the series of keynotes at Google I/O. These weren't offered as points of comparison to show Android's superiority. Instead, Google treated the iPhone almost as if it were another platform for its developers. 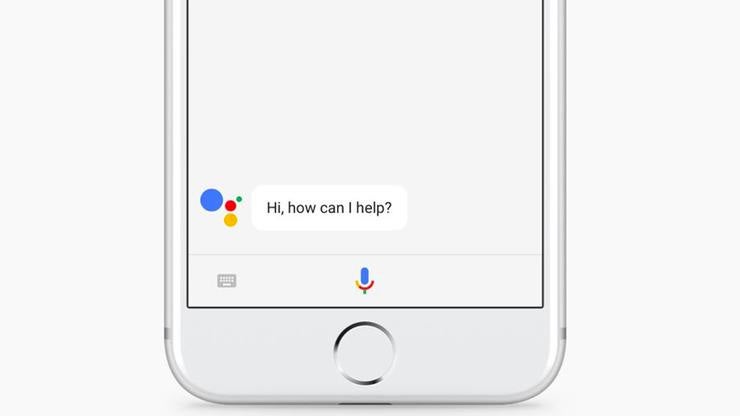 It started when the Google Assistant debuted in the less-than-popular chat app Allo, which launched simultaneously on iPhone and Android. The Assistant next appeared exclusive in the Pixel and Pixel XL phones, but now the Assistant will be everywhere: in cars, in TVs and, yes, in the iPhone. Now that developers can write Actions for the Assistant, it effectively turns the iPhone into an extension of Google's existing platforms.

The pieces of Android

Android isn't going away, clearly. Sessions focusing on the changes coming in Android O highlighted new tools and efforts to make developing for Android easier. But there was also a sense of tension as Google starts to take back more and more control of the Android platform. If developers want to target their apps for the new Android O, they have to use the OS's new notification channels. If not, developers were told in a session, notifications will be dropped.

Android is also popping up in more places beyond the phone. A stripped-down, hardened version of Android will power Google's IoT platform called Android Things. Several of the changes coming to O regarding power and processor use are also coming to Android Wear, with additional restrictions.

The real question is not what the future of Android will be. With 2 billion active monthly users on Android, it's clearly a major player in the Googleverse. Rather, Google is pushing hard to turn Android developers into Google Assistant developers, Google Home Actions developers and web developers using the latest tools available in Chrome. That transition is going to be key toward Google becoming an AI first company.

The 'Joker' Virus Has Returned to Android: It Can Empty Your Bank Accounts Without You Noticing It and It Is Hidden in These Apps in the Google Play Store