Rather than dwell, use bad circumstances as an opportunity to pursue your dreams.

When life throws you a curveball, what do you do?

After 20 years as a highly-paid research physicist for DuPont, 50-something-year-old Gillian Reynolds-Titko says she thought her career was set for life. However, in early 2016, DuPont had a big round of layoffs, with Reynolds-Titko among the employees let go.

Related: How One Man Turned a Layoff Into a Successful Business

Reynolds-Titko began looking for a new job. However, rather than jumping at whatever came her way, Reynolds-Titko did a 180. She decided to start over and pursue an entirely new career path: programming. She didn’t know how to program, so she signed up for an intense 12-week coding bootcamp to learn. 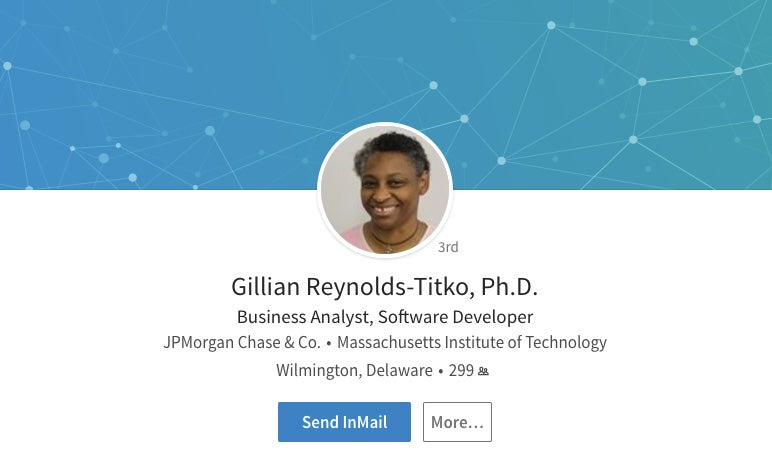 "It was much more important to find something I wanted to do next than to jump into the first something that came along," she told Business Insider.

While her background in mathematics and science was somewhat helpful, it was her motivation and drive that really pushed her to succeed. "If you could think logically, you could learn this," she said. "It was more about, do you have the grit to stick to something and figure it out?"

Related: 5 Steps to Ensure That You Thrive in Your New Job

After completing the coding bootcamp, Reynolds-Titko scored a job as an IT business analyst for JPMorgan Chase. Now happily employed, Reynolds-Titko shared some advice for others looking to change their lives: "See if it's something you really want to do. If it is, commit to it, because it's going to take a lot of work to make the change."