The Easter eggs and new doodle, in honor of the 20th anniversary of Google search, come after Google introduced a bunch of new features to its search results this week.

By Sascha Segan September 27, 2018
This story originally appeared on PCMag

Today is the 20th anniversary of Google's search page, and the company is throwing in a new doodle and a bunch of silly search Easter eggs for you to type into the Google.com home page.

The Easter egg theme is "2018 results for stuff you might have searched for in 1998." Type in one of the phrases below, and you'll get a jokey "did you mean" result for something more relevant to today's world. They'll be live through Sunday, Sept. 30, so try them out while you can. 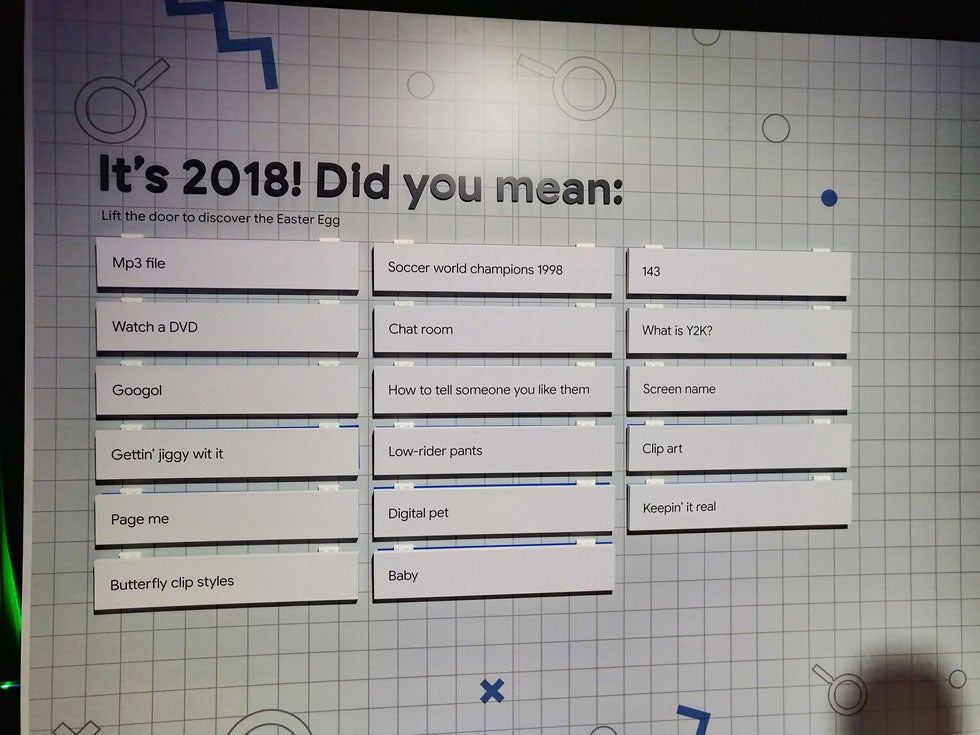 The animated doodle, meanwhile, takes a rosy view on search trends for every year between 1998 and 2018. I was curious to know how Google would put a positive spin on the controversial world of 2017, and the company decided to go with "cute animal videos."

For another fun Easter egg, you can do a sort of scavenger hunt through the original Google garage using Google Street View. There are all sorts of hidden objects and a secret trap door in the garage. Start here.

The Easter eggs and new doodle come after Google introduced a bunch of new features to its search results this week.

The minimalist search page, of course, remains intact. But more and more, desktop search result designs are borrowing elements from the Google phone app and the Google Assistant on Android smart displays, with a card-based interface rather than a simple stack of web links and snippets. Our sister site Mashable has a good rundown of the new features in search.

Mashable, which attended a Google event in San Francisco, points out that Google is doubling or maybe tripling down (can you triple down?) on mobile. But at the NYC event we attended, Google showed how it's changing desktop search, too, and how desktop search hasn't been forgotten at the Googleplex.

What is Google Page Experience, and Why Does it Matter?