Magic Spoon will appeal to consumer's nostalgia for Saturday morning with a health bent.

With the launch of their second startup, Gabi Lewis and Greg Sewitz have officially become “cereal” entrepreneurs.

The pair, who successfully convinced both investors and customers to eat crickets with their first company Exo (the company was sold to another cricket protein company, Aspire), are tackling the world of breakfast with today's launch of Magic Spoon. Debuting with four flavors -- Cocoa, Frosted, Cinnamon and Fruity -- Magic Spoon aims to bring popular food trends to the cereal aisle, with a high protein count, less sugar and colorful and cool box art (complete with a maze on the back).

"It was definitely an uphill battle trying to convince people to eat crickets," Sewitz said. "This is a complete pendulum swing away from what we were doing in terms of the challenge. We were tackling a tiny category and trying to move it more mainstream. What sounds fun now is taking one of the most mainstream categories there is and trying to make it more cutting edge."

Related: This Pancake and Waffle Company Dedicated Years to Getting Its Branding Right and Now Makes 8-Digit Revenues 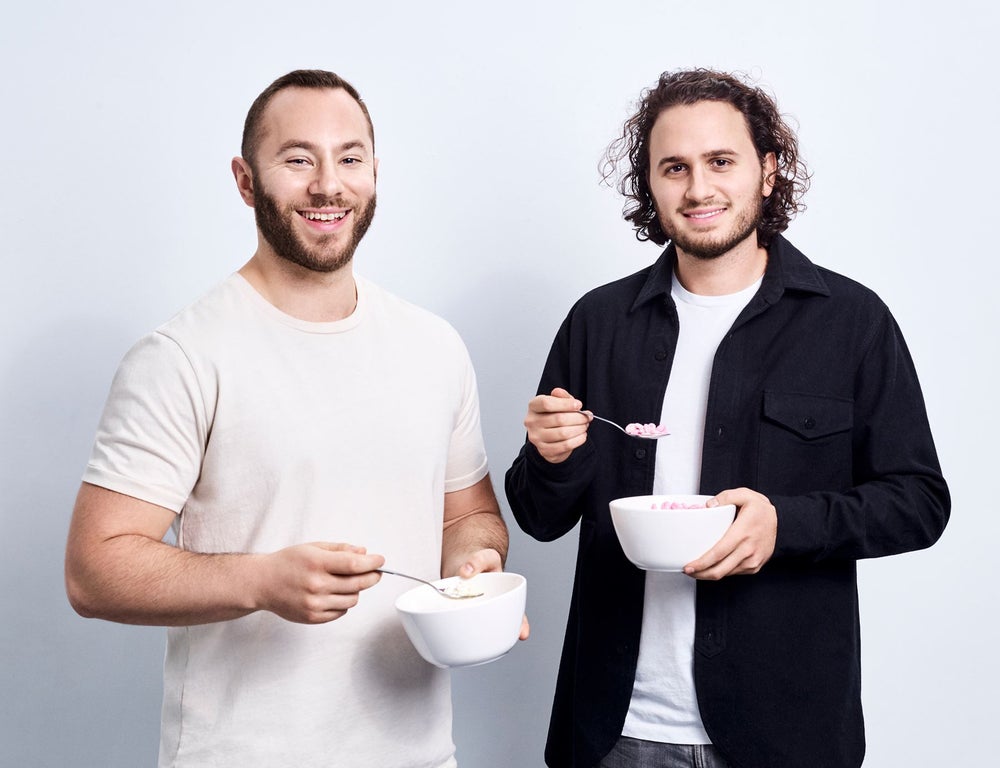 Although cereal sales have slumped over the past 100 years, thanks in part to alternatives such as yogurt, the industry is still huge, with sales around $10 billion. The top selling cereals are all from huge food giants -- General Mills's Honey Nut Cheerios, Kellogg's Frosted Flakes and Post's Honey Bunches of Oats -- but Lewis and Sewitz see a huge opportunity in the market.

"Advisors and investors have written off the cereal category as the dead center of the grocery store, a non-trendy thing that's full of grains that can never be made healthy for modern consumers," Sewitz said. "We think that's totally unreasonable."

Lewis added, "The average American has 100 bowls of cereal every year. Tomorrow morning more Americans will grab cereal for breakfast than anything else. That was true 10 years ago. It'll be true 10 years from now. People just love cereal. But every product is full of sugar, full of carbs, full with grains. Nothing on shelves today is taking our approach and trying to flip the macro nutrients around."

Each half-cup serving of Magic Spoon contains 110 calories, 12 grams of protein and only 3 grams of sugar (Honey Nut Cheerios has three times that in a serving). How did Lewis and Sewitz achieve this? Magic Spoon is primarily made from a milk protein isolate and whey protein isolate blend (sorry vegans) and sweetened by a mix of allulose, monk fruit extract and stevia. Lewis said this type of protein is higher quality compared to plant-based proteins and gives the cereal a crunchier texture.

But these ingredients come with a price: Magic Spoon will be sold directly to consumers online for $40 for four boxes, or $35 with a month-to-month subscription.

"If you're comparing it to a box of sugar, corn and wheat, which is most cereal, then it's more expensive," Lewis said. "But this is radically different. If you compare it to a protein bar or energy bar or a protein shake, then $1.50 per serving is much cheaper than your average protein shake or bar. A box of this to a box of classic cereal is almost like a protein bar to a bar of chocolate. The shape is the same, but the ingredients are completely different."

Related: The Entrepreneur Behind Popchips Hopes to Have Another Hit With Rice Made From Vegetables 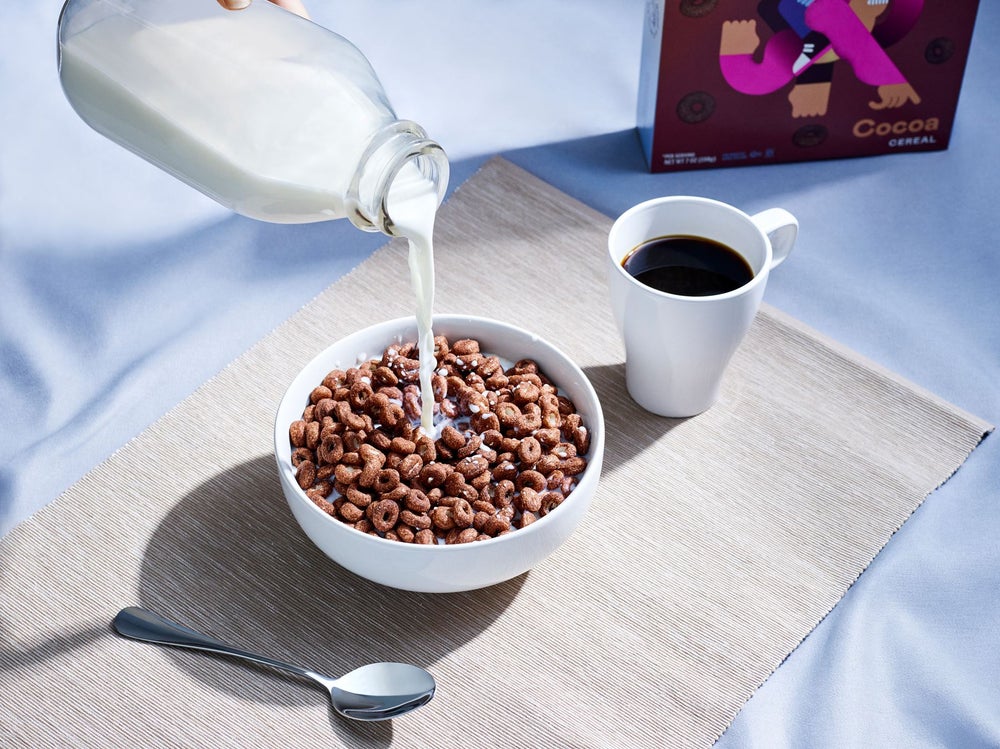 Whether consumers accept a higher price for Magic Spoon will be determined, but the brand has already won the endorsements of several influencers, including Katie Wells (Wellness Mama), Kelly LeVeque and Elena Amsterdam (Elana's Pantry). Lewis and Sewitz are betting that potential customers' would welcome a return to cereal with health on their minds.

"Halo Top expanded the ice cream category for consumers to feel like they could eat it every day or just not feel like crap when they were eating it," Sewitz said. "It's something that we were inspired by when we were shaping the product and the branding."

If the staff of Entrepreneur's reactions to Magic Spoon are anything to go by, the company faces an uphill battle. In short, most testers did not like the taste of the cereal. One person summed it best when he said Magic Spoon "feels more like homework than nostalgia." Another staffer, however, did say “the maze on the back of the box was challenging.”