These Sisters Left Dream Jobs to Pursue Their Love of Dumplings. Now They're Cooking up a Delicious NYC Restaurant Empire.

Hannah and Marian Cheng of Mimi Cheng's NYC restaurants share the ups and downs of their first five years in business.
Next Article

The pair had decided to open a restaurant dedicated to the delicacy they most loved, growing up: handmade Taiwanese dumplings. They missed their mom’s cooking terribly and figured that if they were hungry for those dumplings -- and couldn’t find them -- others might share that culinary plight.

But their parents, who had been the inspiration for their choice of cuisine, weren’t exactly thrilled. Hannah and Marian told Entrepreneur, their parents were "horrified”  at the prospect of their girls leaving solid jobs -- Hannah was a VP at JPMorgan Chase, and Marian, an account executive at the luxury fashion brand Burberry -- to jump into the food world, an industry fraught with uncertainty.

"You both have your dream jobs; you worked so hard to get there; and now you're leaving to open a takeout restaurant?" Hannah recalled her parents saying. "You didn't have to go to college to do that." But with the conviction of their vision, they forged ahead, and named the restaurant Mimi Cheng's, after their mom Shirley's nickname, Mimi.

After about a year, seeing that their daughters were serious and committed to making their business happen, Mom and Dad came on board, too.

Related: What's the Biggest Challenge of Starting a Restaurant?

With their family in their corner, the next big hurdle was the steep learning curve the sisters needed to master for actually opening and running an operational restaurant. The Chengs say tht it took about three years to get a handle on the process, right up to the point they were poised to open their second location, in Nolita, in 2016. 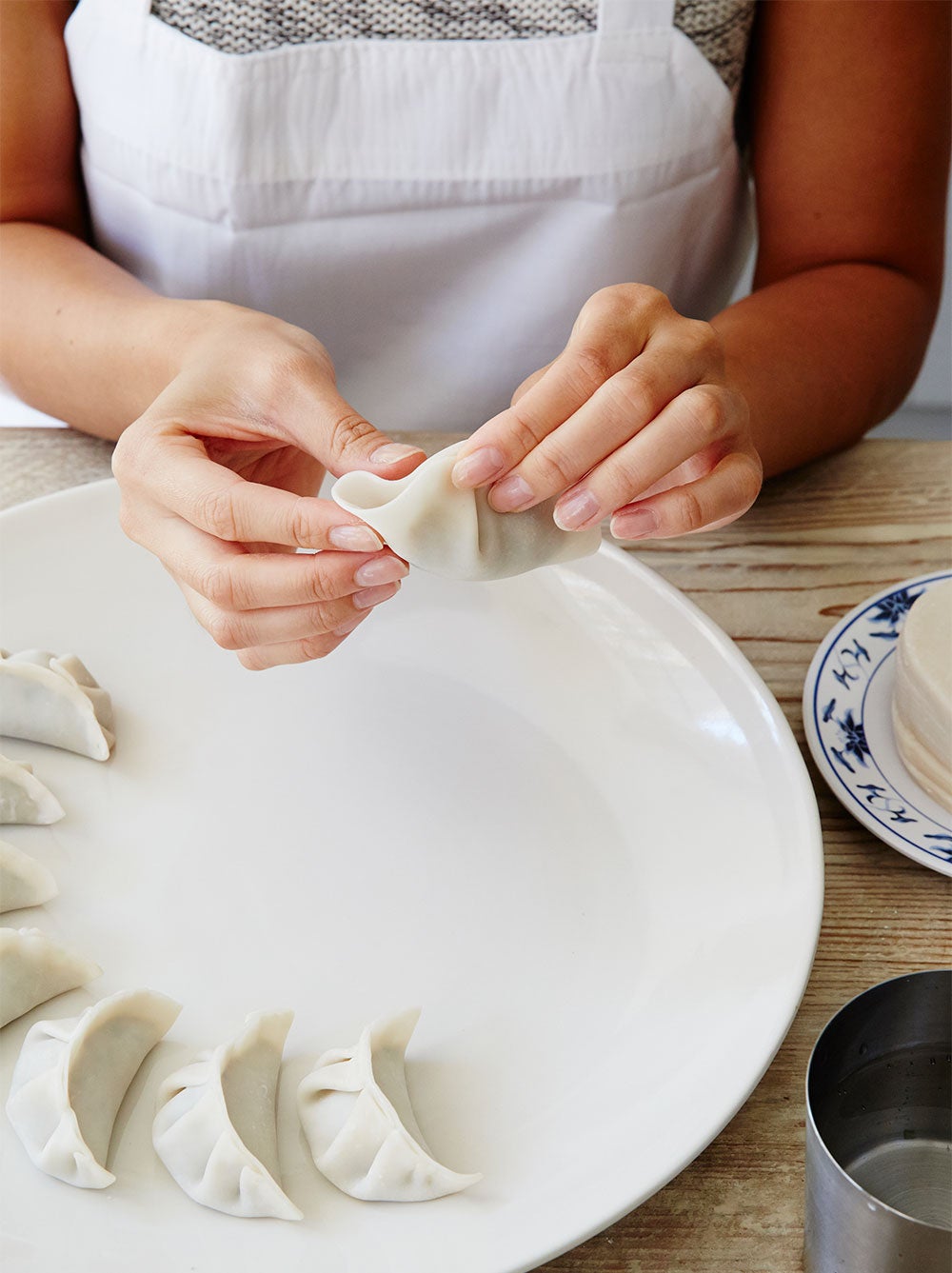 Flash-forward to today: The sisters now manage both locations and oversee a team of 40 but say there are always new surprises and challenges to deal with. “When we were opening our second location, it's like you have a newborn and you have to pay attention to the newborn a lot, so it's trying to balance both of them,” said Marian. “And when we were opening up the first location, [we tried] to get insight from other restaurateurs and others in the industry about things like  contracting, licenses and permits. Everyone says it's a nightmare dealing with the city and stuff -- but you have to go through it yourself and learn what the nuances are.”

Along the way, the sisters knew they couldn’t do it alone, given their lack of restaurant experience. So, they worked with a city organization, the NYC New Business Acceleration Team (NBAT), an initiative that helps new restaurants and bars get up and running. Before launching Mimi Cheng’s, Marian also took a detour of her own, leaving the fashion world to gain direct experience in hospitality by joining salad chain Sweetgreen's opening team in New York.

The sisters say that one of the biggest early challenges of opening that first location was, quite literally, keeping the lights on.

They were set to open in May of 2014 but actually opened the doors in July. The reason? Not enough electricity to power everything. Their wait for a promised electrical upgrade stretched from weeks into months. They were frustrated. But then came help: their community of fellow restaurateurs advised them to end the waiting game by contacting their local representatives, who connected them with the right Con Edison supervisor who made the upgrade happen. 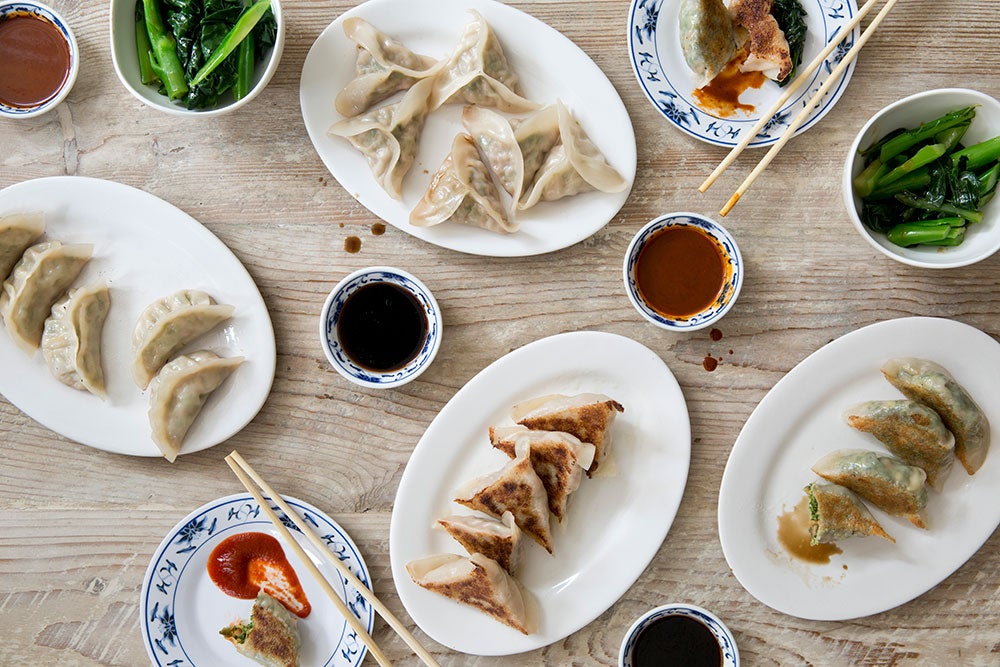 In the weeks leading up to opening day, sleep was in short supply, the sisters remember. They also remember the mixed benefit that a teaser write-up in the New York Times gave them -- the day before they opened.

“It was very exciting. But we also didn't know what that meant," Hannah recalled. "And what that meant was hundreds of people showing up at our door the first day of opening. It was amazing, but also terrifying. We could not wrap dumplings or cook dumplings fast enough to meet the demand. We actually had to close in the middle of the day, because we knew that there were going to be more people coming in at night.

"We said to ourselves, 'If we keep selling at this pace, we're going to be sold out before everybody shows up.' So we had to close in the middle of the day to restock everything. We are so thankful to the people who still came after they had been there the first day. There is no way that was a good experience, and no way did everything meet our expectations."

At this point, with Mimi Cheng’s having been on the books now nearly five years, the Cheng sisters say that their main advice for entrepreneurs feeling discouragement in their own early stages is to "listen to your gut" and then do the due diligence to back it up -- no matter what advice you hear from your support system, no matter what the naysayers believe.

"If it's something that you can't stop thinking about, then you also have to realize that these people are speaking from their own point of view. And nobody's in your shoes, with your experience, with your dream, with your passion," Hannah said. "So nobody will ever be able to speak to that.

Related: There Are 2,000 Empty Restaurants During the Day in New York -- and This Startup Is Doing Something About It

"You have to also realize that they care about you, but they are only speaking from their perspective. We've had so many people tell us, 'Don't open a restaurant, you have no idea what you're doing.' -- which is all true. But at the end of the day, it was something that we couldn't stop thinking about. And I'm glad we did it without that knowledge because it would have been scary. Once you're in, you realize, 'Crap, I don't know anything.' But once you're in it, you've figured out how to do it.”

That philosophy extends to their hiring approach: they don't feel beholden to bring on only those with two to five years' restaurant experience under their belts. “It’s the same with hiring some of our team members,” Marian explained. “Some of them don't have experience in the food industry. But we give them a chance if they seem like they're very quick to learn and they have great personalities -- because you have to start somewhere.”

The sisters say that their partnership works because they each bring different skills to the table -- Hannah often focuses on scheduling, finances and payroll; Marian's specialties are inventory and ordering. The two, meanwhile, handle day-to-day operations and recipe development together.

The key ingredient, they say, is implicit trust.

“I wouldn't recommend every sibling [duo] work together; it really depends on the kind of relationship you have. But even growing up we were never competitive," Hannah said. "We've always been on the same team.

“And because of that, and also because we're siblings, we trust each other inherently. So we always know that we have each other's best interests in mind. And I think, when you're starting a business with somebody, that is the hardest part: finding a business partner you can trust completely.”

How to Not Let 'the Practical' Drown out Your Dream

How to Keep Going When All the Signs Say 'Quit'