What you can learn from leaders whose sales are surging.

It was the summer of 2018, and Pasha Chikosh was winding down his finance career and suddenly found himself with more time to exercise. He started frequenting cycling studios around his home city of Boston and quickly found two favorite instructors.

"They had a combination of charisma, energy, humor and the ability to push you," he says. "I thought they were so incredible teaching 20, 30, 40 people that they needed to have some kind of national presence."

He knew there must be other cities with independent cycling studios employing these types of instructors, so he started thinking about how he could build a product that would give them access to a national audience. A year and a half of research and development later, he was ready to launch Stryde, an at-home exercise bike and app that partners with studios around the country to bring their classes and instructors to home exercisers.

Related: 8 Trustworthy Tips on How to Stay Physically and Mentally Healthy Right Now

The at-home cycling trend doesn't seem to be waning, and Stryde's $1,550 price point and the fact that its digital interface is an Android tablet that lets riders use its app — or simply open Netflix or YouTube and zone out while pedaling for 20 minutes — differentiates it from its obvious main competitor, Peloton. 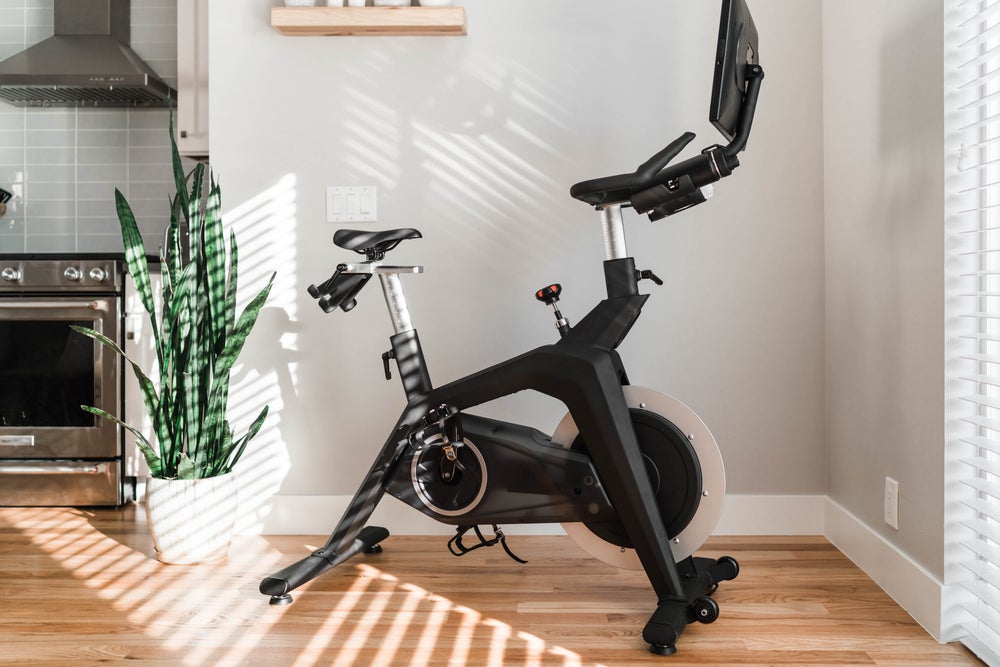 Chikosh was preparing for a May 2020 launch and gradual rollout when the world started turning upside down. The first shipment of Stryde bikes wasn't due to arrive in the U.S. from its Taiwan manufacturer until late April.

"Originally, we didn't have a plan to launch the app immediately, but all of a sudden our studio partners had to shut down and were looking for a way to start connecting to their consumers digitally right away," he says. "So we said, "Why don't we just launch early?'"

So Stryde launched its app with more than 100 classes a little over a month ago and, instead of using a planned revenue-sharing model, funneled the $29.99 per month user fee directly to its five existing studio partners. Its first shipment of several hundred bikes was nearly sold out before it even arrived in the U.S. in late April, and despite the fact that the brand hasn't done any formal advertising.

"We have exceeded our goals by orders of magnitude in terms of pace of sales," Chikosh says. "The idea that we would pre-sell them a month before the first shipment was absolutely not in the plans."

The sudden increase in demand has meant that Stryde has had to ramp up production to around five times what it anticipated during its initial launch, but Chikosh recognizes that these are good problems to have.

That's a notion being echoed by other entrepreneurs who find their sales surging right now — from at-home exercise companies, to a San Francisco-based skincare company whose microneedling patches have been selling like hotcakes as people try to find at-home alternatives to Botox, to an Austin-based children's book company that sends out monthly book subscriptions and has seen sales increase exponentially.

The lessons these founders have learned during these trying times are ones they will take with them even when things eventually get back to normal. Read on for four of them.

Nothing is more important than employee safety

Something each of these founders emphasized is the importance of employee safety — both physical safety and the security of having a stable job. 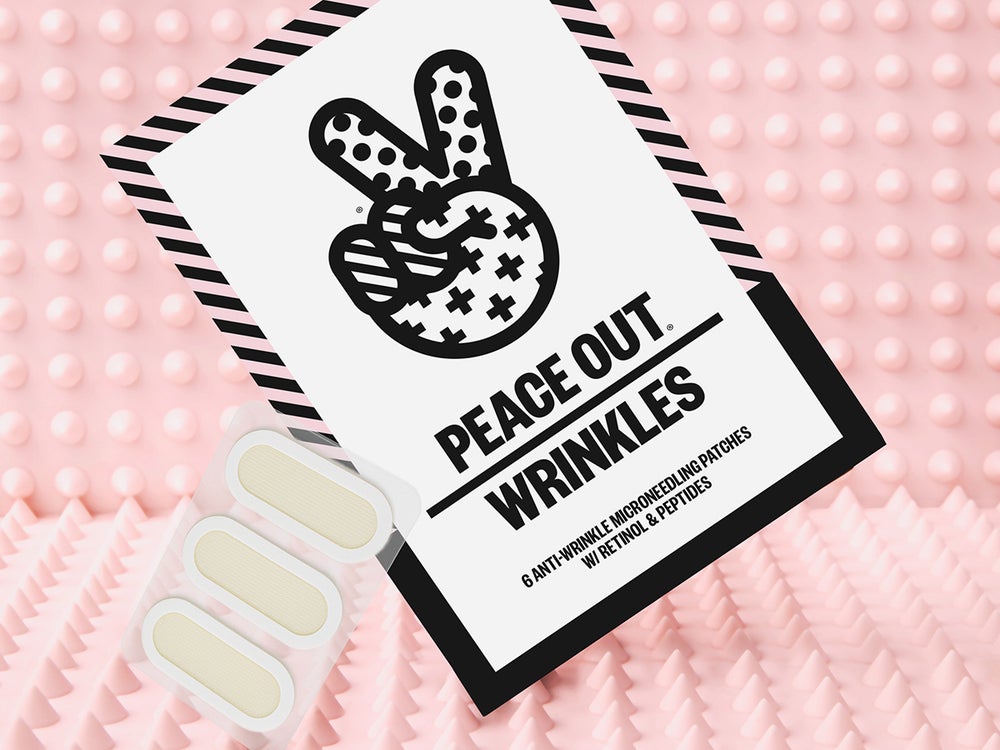 "Our number-one priority was not laying anyone off, so we put things into place early to make sure that sales continued, adjusted our media spending and negotiated with our vendors," says Enrico Frezza, who founded skincare brand Peace Out in 2017. The company makes products designed to treat common skin issues such as dark spots, acne and fine lines. Its Wrinkles microneedling patches, which the company promotes with taglines like, "Treat wrinkles sans Botox," are proving particularly popular when dermatologist's offices and med spas are closed for the foreseeable future. In late March, sales of Wrinkles patches spiked 300 percent in one week.

Frezza, whose family is from Milan, saw how the crisis was affecting supply chains there and made quick moves to prepare Peace Out for similar disruptions. The company already keeps several months worth of inventory in its California warehouse, but it placed early orders to account for the amount of time it takes to ship by boat (air freight from overseas has become prohibitively expensive) and quickly ramped up its own site for increased ecommerce operations when Sephora announced it would be closing its stores. Frezza credits this kind of quick thinking for allowing the business to keep all its employees on staff and transition field reps who normally work in Sephora stores to roles creating content for YouTube and TikTok.

Frezza isn't the only CEO feeling a deep responsibility for employees's well-being. Jessica Ewing's four-year-old company, Literati, offers a monthly book subscription for children centered around rotating themes. Now more than ever, parents are looking for ways to entertain their children, and Ewing knew there would be a demand for Literati's product. But she was equally conscious of the coronavirus's trajectory toward Texas.

"We knew it was coming to Austin and that we needed to move quickly," Ewing says. So she sent people from the product and business teams to work from home, but that still left Literati's fulfillment center. "My head of operations who runs that facility is 67 years old and a former cancer patient, and I just knew very quickly that I needed to send her home," she says. "It wasn't going to be safe to have her in that environment. So I got her out of the line of fire, and then suddenly my job went from being CEO and thinking about product to running a fulfillment center. My team shared with me that they were very heartened to see a leader step up and do that, and it set off this chain reaction of positivity."

For Frezza and Ewing, these swift choices made real differences in employee welfare. Most CEOs, whether their sales are up or down right now, can relate to having to make those split-second decisions when things are changing by the day. 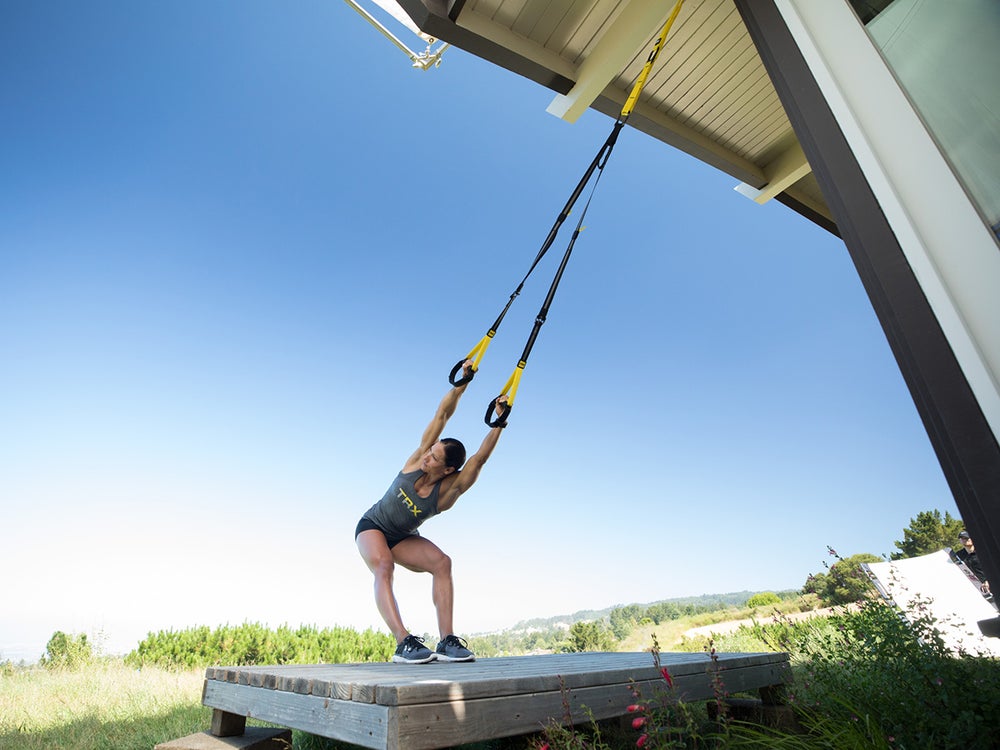 Suspension training system TRX normally does the majority of its business B2B — sports clubs and gyms make up about 70 percent of its sales, while the remaining 30 percent is B2C. But when gyms started closing, founder Randy Hetrick suddenly had to manage that ratio being reversed, along with all the ensuing inventory issues.

"I came up in the special-operations community and was taught that in every crisis, there are great opportunities if you're quick to recognize and act on them ," he says. "We've been working very hard to seize the opportunity to serve and help people."

Related: 5 Workouts You Can Do at Home for Free Right Now

TRX quickly repurposed commercial inventory it had in stock to be used in home gyms. "One of the first things we decided was it's not the time to be precious with our assets," Hetrick says. So TRX made its app free and launched live-streamed workouts on its website.

Then Hetrick started thinking about how TRX could help sports-club owners and trainers who were stuck at home and worried about their livelihoods. "We made our trainer-qualification courses, which are normally $300 for an eight-hour course, free," he says. "I've spoken to so many club owners who are on the verge of tears because they were so grateful to do something for the workers that they've had to furlough."

Your margins might be smaller right now — and that's okay

A surge in sales brings the need to get more inventory on hand, and CEOs are adjusting to the reality that their company's margins will be lower as air freight rates have surged. "Sometimes they say better lucky than good," says Dave Hunt, founder of cross-training jump rope company Crossrope. "At the beginning of the year, we decided to make some additional capital expenditures, because we had some marketing promotions planned and didn't know how much those would affect sales. We ramped up production, and now that looks like it was really fortuitous."

After a strong January and February, Hunt started noticing sales increasing the week of March 9. Then Crossrope started setting sales records every day. By mid-April, it had done three-and-a-half weeks of sales that broke last year's Black Friday records every day. 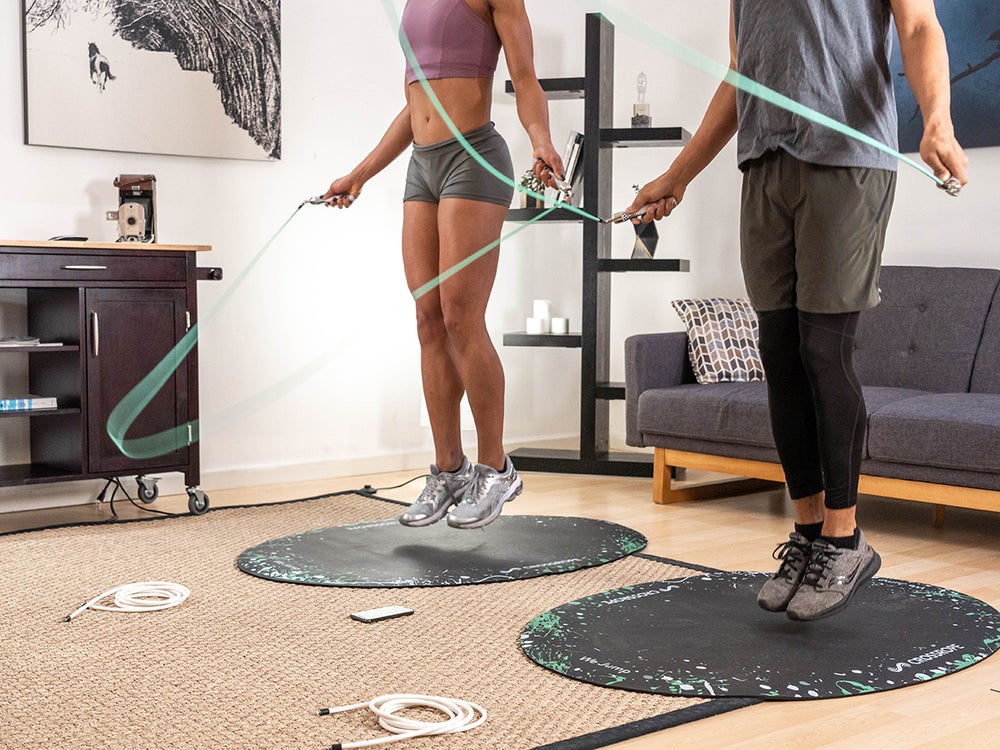 To cope with demand, Crossrope is limiting the number of items each customer can order and accepting the consequences. "We're basically just absorbing that cost even though it's not the ideal economic setup," Hunt says. "It's keeping us stocked and helping us get products to people who really want and need them. It's tough from an economic standpoint, but we're grateful we can make it work."

Hetrick of TRX has been dealing with similar issues. "Our Chinese manufacturers were already running behind, then we started putting in significantly larger orders to meet demand, and they're looking at us like "You guys are nuts,'" he says. "We've been air shipping everything, which significantly impacts your margins, but we've just been eating all that in order to get shipments that are smaller than anything in our history. As soon as a pallet's done, it's getting sent to the U.S."

Nevertheless, both Hetrick and Hunt consider themselves lucky that their companies are well-capitalized and can afford to make these kinds of difficult expenditure decisions.

Where you can, give back to your community

What each of these CEOs fundamentally share in common is an acute awareness of how much other businesses in their communities are struggling. It's why TRX is offering free services and Stryde is funneling revenue directly to cycling studios. 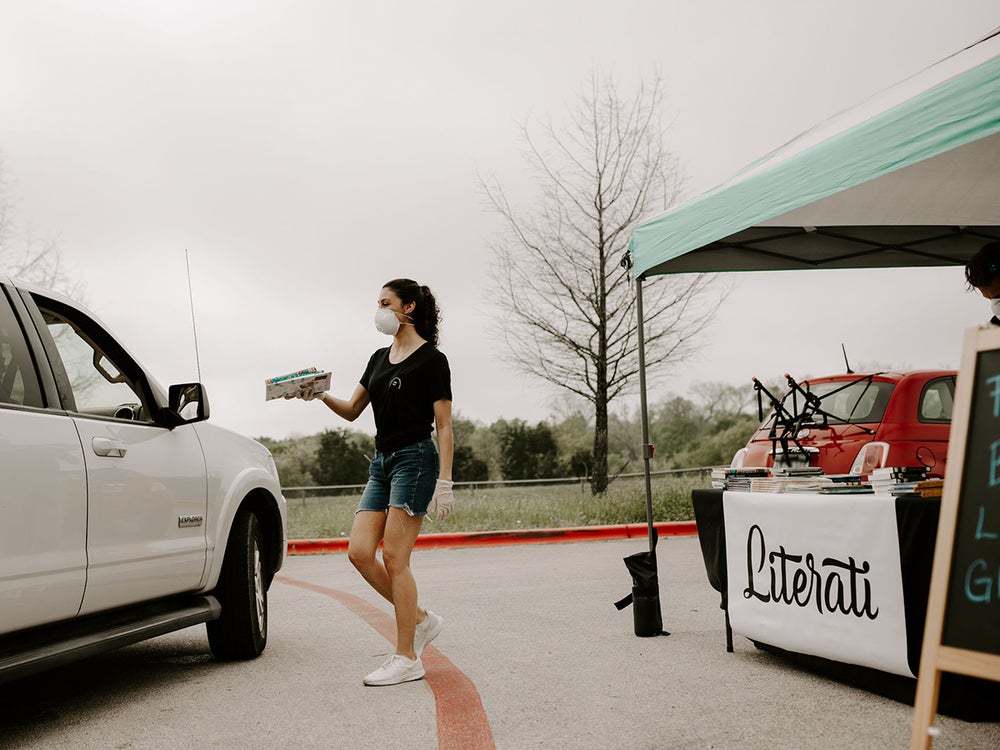 Literati's Ewing has also been donating where needed. "When Austin schools started getting shut down, we set aside 30,000 books to donate to kids who just don't have books or educational materials at home," she says. "The federal school lunches program is still running, so we set up stations and as parents pulled up with their kids, we had our staff there with gloves and masks giving away books to anyone who wanted them."

For Crossrope's Hunt, giving back has meant supporting fellow Raleigh, N.C. business owners and giving his entire staff bonuses. "We're enjoying the opportunity as a brand," he says of sudden enthusiasm for their product. "But my team and I would trade this for not having this happen at all. Why were we the lucky ones? At the end of the day, it's all for nothing if we don't get this figured out and get back to normalcy. We're trying to take a healthy perspective. It is what it is; you control what you can control. If we can contribute in a positive way, then that's great."