NASA's Mars Perseverance Rover Is Landing Today. Here's How to Watch and What's on Board.

After a seven-month journey, NASA's Perseverance rover arrives at Mars on Feb. 18. Here's how to watch it navigate 'seven minutes of terror,' and how it will use its payload to search for signs of ancient life on the Red Planet.

NASA's Perseverance Mars rover is scheduled to land on the Red Planet on Feb. 18, where it will look for signs of microbes (dead or alive) and maybe even habitable environments.

Perseverance launched via an Altas V rocket on July 30, 2020, from Cape Canaveral, Florida. But its journey is just beginning. Thursday's landing is one part of an almost $3 billion mission that will go on for another 687 days—or one Martian year (aka, one trip around the sun).

Perseverance looks a lot like the older, still active Curiosity Rover, which landed in 2012. It has about 85% of the same hardware, Space.com says, which saved a lot of money and reduced risk, since NASA knows it already works. But Perseverance's goals go beyond taking pictures. 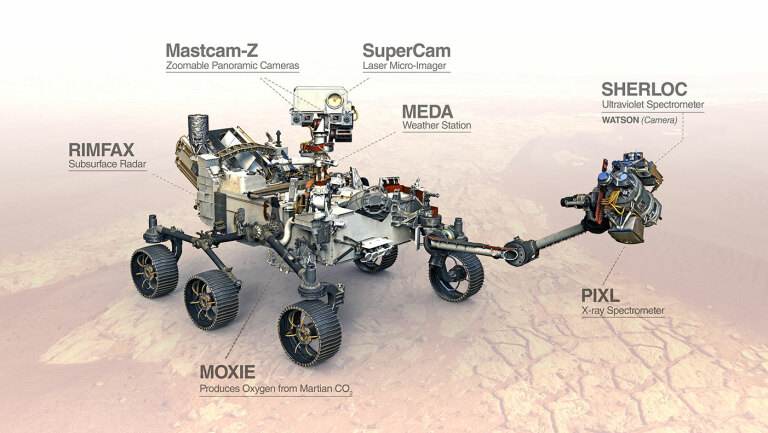 Perseverance is on a mission—search for signs of ancient life and collect samples that will be returned to Earth for study. To carry this out, it will land on Mars equipped with seven instruments worth $130 million—selected by NASA in 2014 from 58 proposals. Here's what Perseverance is packing. 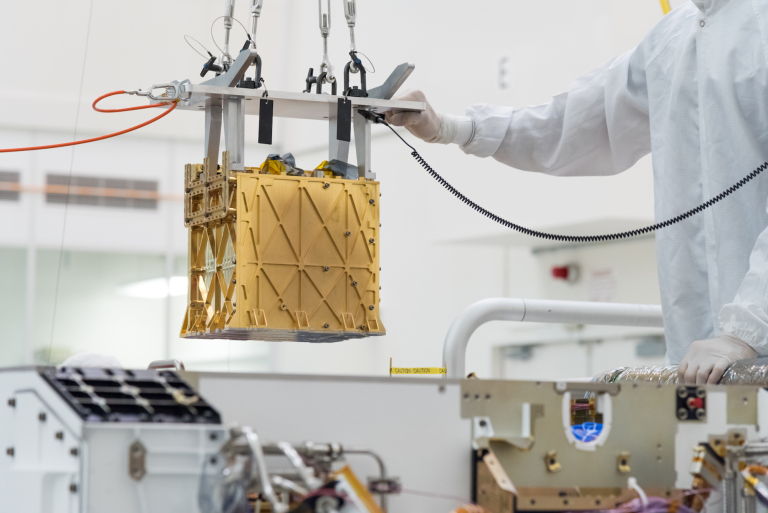 Perseverance is carrying technology called the Mars Oxygen In-Situ Resource Utilization Experiment (MOXIE), which will generate O2 out of Mars' CO2 atmosphere—the kind of experiment that may help humans survive there someday.

The 37.7-pound device "breathes like a tree," NASA explains, inhaling carbon dioxide and exhaling oxygen. Given that oxygen makes up only 0.13% of the gas in Mars' atmosphere, compared to 21% in Earth's atmosphere, producing oxygen from the Martian atmosphere will be crucial for human survival on the Red Planet.

MOXIE can also be used to create propellant, so people can explore Mars, and leave it to return to Earth. "When we send humans to Mars, we will want them to return safely, and to do that they need a rocket to lift off the planet. Liquid oxygen propellant is something we could make there and not have to bring with us. One idea would be to bring an empty oxygen tank and fill it up on Mars," says MIT's Michael Hecht, Principal Investigator for MOXIE. 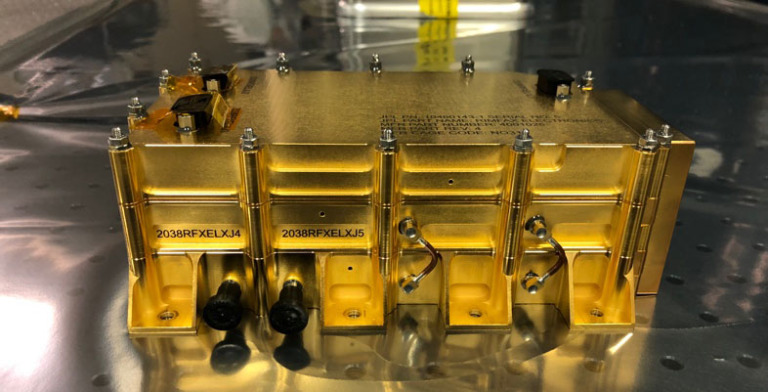 The Radar Imager for Mars' Subsurface Experiment (RIMFAX) can peek under the planet's ice, sand, and rock using ground-penetrating radar with a range of more than 30 feet. It's similar to radar used on Earth to probe the underground layers of rock and ice in the Arctic and Antarctic, NASA says. But it'll be the first radar tool NASA sends to the surface of Mars.

"No one knows what lies beneath the surface of Mars. Now, we'll finally be able to see what's there," says Svein-Erik Hamran from the University of Oslo, RIMFAX's Principal Investigator. 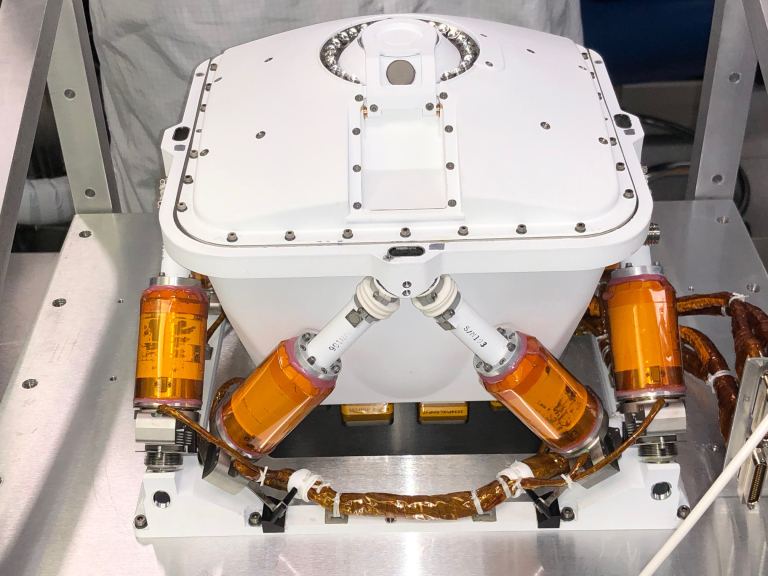 The Planetary Instrument for X-ray Lithochemistry (PIXL) sports an X-ray spectrometer that can dig around in the Martian rock and soil to take close-up shots and measure the chemical makeup of materials as small as a grain of salt. The idea is to find signs of past microbial life on Mars, and small motors give this 10-pound device the flexibility it needs.

"If you are looking for signs of ancient life, you want to look at a small scale and get detailed information about chemical elements present," says NASA JPL Research Scientist Abigail Allwood, PIXL's Principal Investigator. 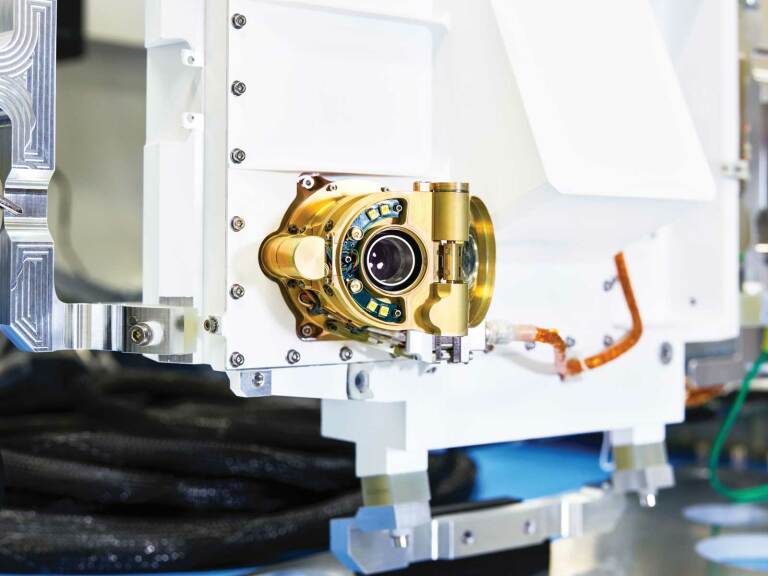 A separate instrument, the SuperCam, will also be used to "identify the chemical composition of rocks and soils, including their atomic and molecular makeup." Its laser "is uniquely capable of remotely clearing away surface dust, giving all of its instruments a clear view of the targets," says Roger Wiens of Los Alamos National Laboratory, SuperCam's Principal Investigator.

Don't forget the Scanning Habitable Environments with Raman & Luminescence for Organics & Chemicals (SHERLOC), which will be on the hunt for signs of water and past microbial life via its ultraviolet laser light. 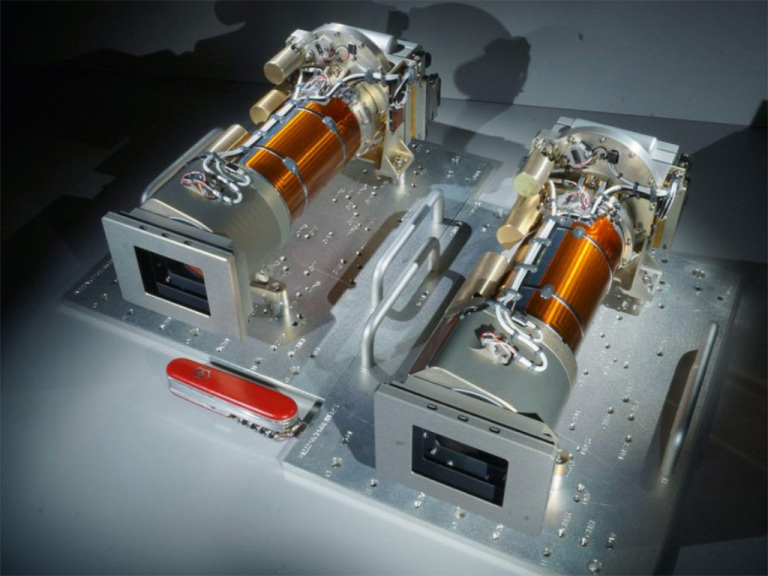 Mastcam-Z will basically function as Mars' in-house photographer, taking high-definition video, panoramic color and 3D images of the planet's surface and atmosphere with a pretty fancy zoom function. It's pretty compact; see the pocket knife in the photo above for scale. But its zoom "can see features as small as a house fly—all the way from a distance that's about the length of a soccer field," NASA says. Perched atop the rover, scientists back on Earth can use Mastcam-Z for a 360-degree view and to zoom in on rocks. "It tells us which rocks to core, cache, and maybe return to Earth someday," according to NASA. 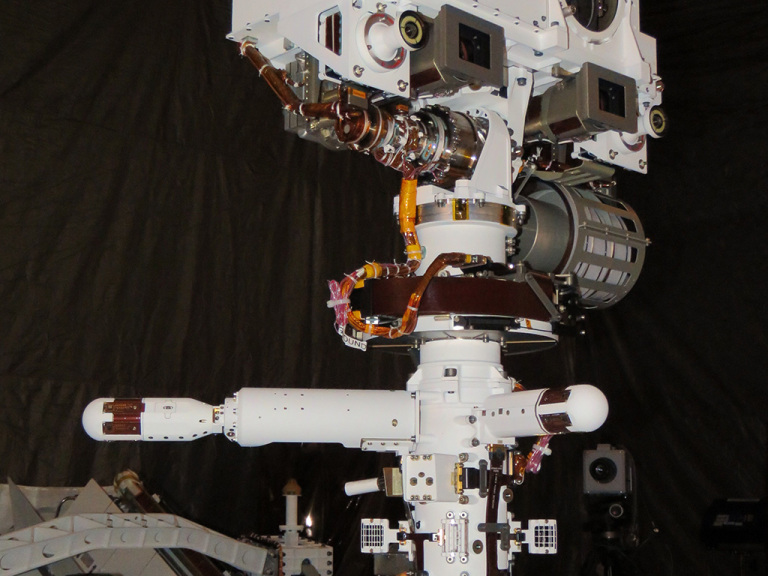 How's the weather up there? That's a question for the Mars Environmental Dynamics Analyzer (MEDA), which will measure weather and monitor dust via sensors mounted on Perseverance. It'll also measure radiation, which "can alter traces of any past life in Mars rocks," NASA says. "MEDA helps scientists understand these changes and tells them what to look for." 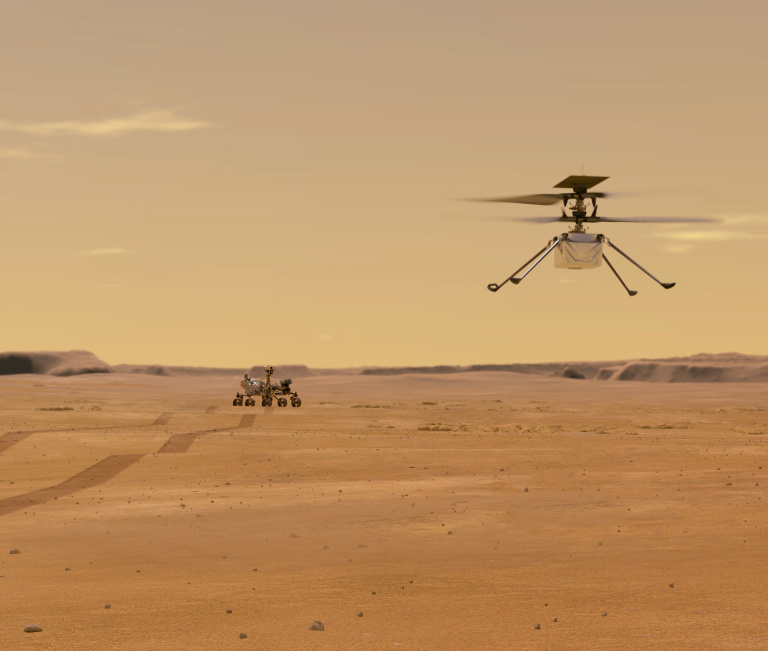 Perseverance even has a drone; a small helicopter named Ingenuity will fly off on scout missions to see how powered flight works in the thin Martian air. As NASA explains, the helicopter is kind of a side project. It's not officially part of the Mars 2020/Perseverance mission. But "its performance during these experimental test flights will help inform decisions relating to considering small helicopters for future Mars missions, where they could perform in a support role as robotic scouts, surveying terrain from above or as full standalone science craft carrying instrument payloads." 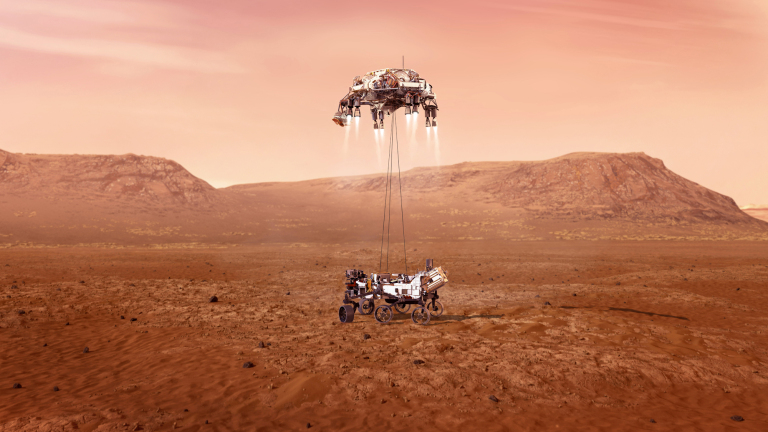 After years of planning and months of travel, it's the complex landing that matters most. With the help of a supersonic parachute, what's known as a "skycrane maneuver," and other high-stakes moves, the 2,314-pound Perseverance makes its way to the surface of Mars this week. Only 40% of Mars landings have been successful thus far, so that drop from Mars's upper atmosphere to the ground has been dubbed "seven minutes of terror."

The whole thing will be captured by Perseverance cameras, one pointing up at the parachute and skycrane, another pointing down at the ground to record first ground contact—the first time that's ever happened.

So how do you watch this thing land—or crash—in Mars's 28-mile wide Jezero Crater? (NASA picked that spot north of the equator because it used to be a lake, and could be a good place for finding microorganisms and unique rocks, even if that lake existed 3.5 billion years ago.)

How to Watch the Perseverance Mars Rover Landing

Got questions? Use the hashtag #CoundowntoMars to talk to NASA via social media. Perseverance also has a Twitter feed all its own: @NASAPersevere.